Cysts lamblia: what is it, the possible causes of the appearance and characteristics of treatment

Giardiasis is a parasitic intervention that causes digestive disorders. It is provoked by the appearance of intestinal lamblia. The main clinical symptoms accompanying giardiasis are abdominal pain, irregular stools, nausea and flatulence. Also, with giardiasis, there may be an allergic reaction, intoxication and neurotic syndrome. To confirm the diagnosis, a study of stool, ELISA( enzyme immunoassay), PCR( polymerase chain reaction), and a biopsy of the obtained material are carried out. After confirmation of the diagnosis, a special antiparasitic therapy is performed, and also the intake of enzymes and sorbents is prescribed.

In this article we will consider cysts of lamblia. What it is, will be explained below. 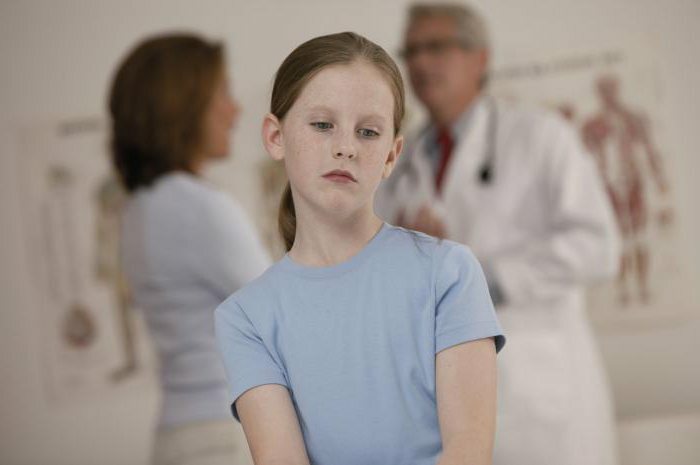 Giardiasis is an infection that affects the intestines, which are caused by the simplest organisms - Giardia, located in the small intestine. For the first time infectious agents were found and described by a doctor from Russia DF.Lampler, by whose name the parasite itself and the accompanying disease were identified. Giardiasis is a very common phenomenon. Thus, among adults living in developed countries, this phenomenon occurs in 5 percent, in developing countries - up to 15 percent. They are more often affected by children who are in organized groups( kindergarten, for example).Their number can grow to 40 percent of the invaders. The study of giardiasis is carried out by pediatricians, parasitologists and gastroenterologists.

Reasons for the emergence of

Giardia, from the point of view of biology, are single-celled, protozoan, microscopic parasites belonging to the flagellate class. They parasitize in the intestine in two forms: vegetative as trophozoites and spore as cysts. Lamblias are fed by absorption of the whole body of digestive products. They multiply by dividing every 12 hours. The habitat of trophozoites is the upper part of the small intestine. Cysts of lamblia live in the large intestine. However, they can be for a long time and be viable outside the body.

An infected person can spread the ripe cysts of lamblia. You can not exclude the possibility of infection from pets that can be carriers of lamblia. Many insects can also be mechanical peddlers of cysts. Invasion occurs in the food and water, as well as in the household way. Risk factors are: unboiled water, unwashed hands and food without proper treatment, public goods, as well as land infected with cysts.

In Giardia cysts, the causes, symptoms and treatment are often interrelated.

The common parasites( in medicine lamblia are called "giardias") physicians find out quite often. According to statistics, giardiasis is found in 25% of the population. What is it - cysts of lamblia? The parasitic unicellular microorganism has two varieties( life forms).

Allocate a passive( cyst) form. At ljamblii which is in this vital cycle, there is no ability to move, it is surrounded with a reliable cover. Thanks to her, the stay is quietly tolerated outside the hearty and warm body.

Lamblias in the form of cysts, along with excrement leave the human body. In the external environment, they stay until they reach the next host. They are found in chlorinated water, standing ponds( ponds, lakes), in the soil cover.

Active form of lamblia - trophozoite. After penetration of cysts into the body, the envelope becomes superfluous and dissolves, and lamblia begins another life stage - an active one. 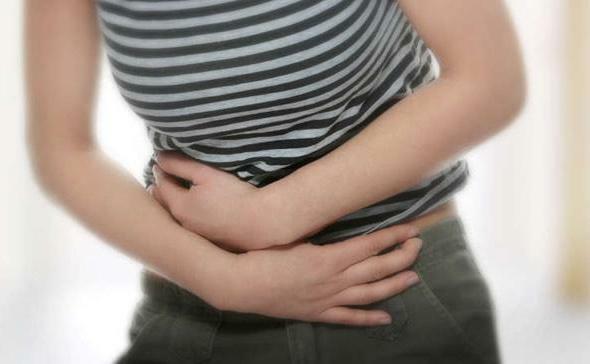 Children under the age of ten are at increased risk of infection. Also, dystrophy, genetic anomalies of the gallbladder, diseases of the gastrointestinal tract system, protein diet, etc. are factors predisposing to the appearance of lamblia. The peak of invasiveness is called spring and summer.

Giardiasis is dangerous because parasites use substances necessary for normal functioning and vital activity of a person. Therefore, for children this disease is especially dangerous, since the children's organism is in an active stage of development. Lamblias can stop the growth of a child due to nutritional deficiencies. There is an opinion that the cysts of lamblia( what is it, we explained) not only live in the intestines, but also get into the blood, liver and gall bladder. However, this fact is refuted.

If you get into the body, lamblia cysts rush to the 12-gated intestine and go there in the form of trophozoites. After this, parasites attach to the walls of the small intestine, causing it to damage and irritate the nerve endings, which significantly disrupts the absorption of nutrients. This can lead to the development of such diseases of the gastrointestinal tract as duodenitis and enteritis, dysbacteriosis and endogenous intoxication. Against the background of general weakening of the body, infection with salmonella, iersiniosis and dysentery can occur. The proven fact is that lamblia throws a special toxin that depresses the nervous system. In children, especially lambliasis is accompanied by allergic reactions.

What if I have cysts of lamblia? About this further.

Forms of the ailment

1. Lambliasis without distinct symptoms. Is up to 35 percent of all invasive. To reveal it is possible only at carrying out of special inspection.

2. Subclinical form. It occurs more often than the previous one in 50 percent of cases. Symptoms are present, but not pronounced. The clinical course of the disease is blurred. 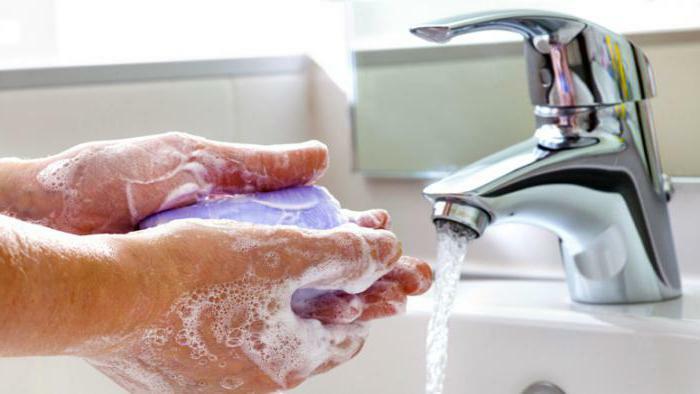 Types of the manifest form of

The manifest form of Giardiasis, in turn, is divided into several types, depending on the accompanying symptoms:

1. Intestinal, leading to functional bowel disorder, is accompanied by duodenitis, enteritis and gastroenteritis. It affects first of all the small intestine.

2. Biliary-pancreatic, leading to cholecystitis, pancreatitis, cholangitis and other diseases of the biliary tract.

3. Extraintestinal, leading to the appearance of astheno-neurotic syndrome and allergic reactions.

In all these cases, an analysis is needed for lamblia cysts.

Any form of the manifest lambliasis can be acute or chronic.

Since lamblia is found in the small intestine, the first manifestations of their presence will be manifested in the form of failures in the digestive system. Rarely there are extraintestinal signs associated with neuronal and allergic symptoms. The incubation period lasts up to three weeks. After this, the first symptom may appear, namely:

The above symptoms can occur up to three weeks, followed by fading or flowing into a chronic disease. It directly depends on the degree of infection and the characteristics of the immunity of the invaded. 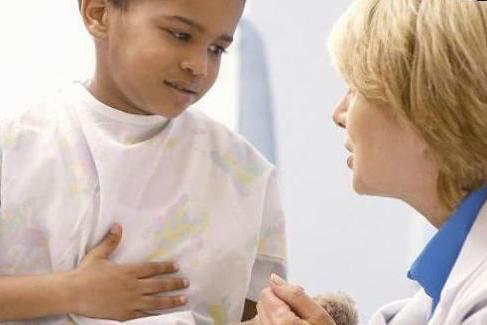 Typical common symptoms of infection are rapid fatigue, decreased performance and drowsiness. Also, children are disturbed by attention and memory, headaches and dizziness. This is due to the fact that the organism throws all its forces into the struggle with parasitic organisms. Giardia intercepts a part of the nutrients necessary for the normal vital activity of the whole organism. How else do lamblias cysts appear in adults?

Failures in the supply of nutrients can lead to the following symptoms:

Intoxication of the body depends on the degree of invasiveness and duration of the disease. It is manifested by increased adenoids, subfebrile temperature, and lymphadenitis.

How to identify cysts of lamblia in the feces of a child?

It is rather difficult to detect giardiasis, since it is accompanied by a large number of nonspecific symptoms. Often it is confused with other diseases and treats individual symptoms, not the root cause.

For the diagnosis of Giardiasis, several methods of investigation must be applied. The first and the most important is the examination of the patient's stool for the detection of cysts of lamblia. The second method is a biopsy of the duodenum. 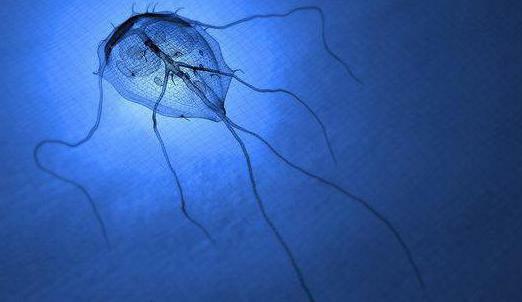 Regarding the first method, there is a certain pattern between the time of invasion and the appearance of lamblia in fecal masses. After all, as was mentioned above, after hitting the lamblia cysts, three weeks pass before the intestines begin to develop. In chronic course of the disease, they can periodically disappear, so the analysis is done every week for a month and a half. This study is called microscopy of stool. How to treat lamblia cysts, consider below.

Not so popular, due to its novelty, enterotest. In this type of study, the patient swallows a vial of gelatin, inside which the nylon thread is hidden. In the intestine, the ampoule dissolves, the lamblias adhere to the thread and, together with the feces, come out a few hours later. After that the research is carried out.

Intestinal biopsy is perhaps the most accurate method for determining the presence of parasites in the intestine, as well as changes that occur as a result of infection. A significant disadvantage of this type of research is its high cost. Therefore, it is carried out as an extreme measure, when all other possibilities for diagnosing have been exhausted.

How to identify the lamblia cysts in children most accurately?

There is also a so-called immunological diagnosis. It allows you to determine the presence of antibodies in the blood that fight against parasites. Antibodies, otherwise called immunoglobulins, are a special kind of protein that can neutralize dangerous bacteria, viruses and other pathogens that have got into our body. Immunoglobulins in the assay are encoded by the letters Ig. IgM in the blood indicate an acute form of pathology. IgG indicates the presence of a chronic form of the disease. If both types of antibodies are found in the blood, then the patient has a chronic form of the disease, which is in the stage of exacerbation. 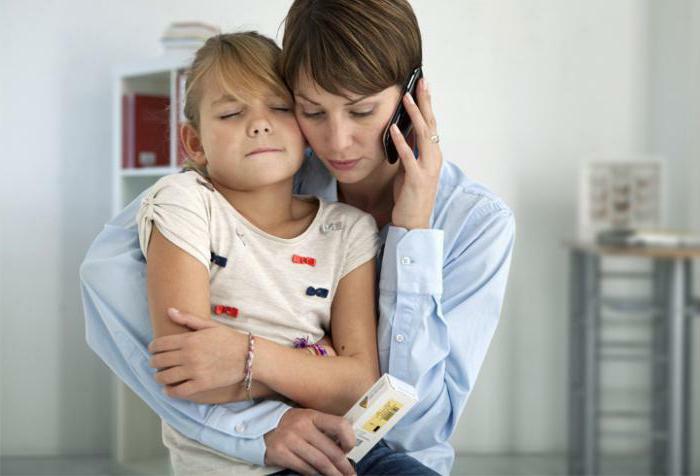 Cysts of lamblia: treatment of

To begin treatment, one must be absolutely sure in the correct diagnosis. Otherwise, it will be impossible to prescribe the right therapy. Medicines for the treatment of giardiasis help to completely destroy the parasites, cleansing the intestines for its normal functioning. When taking drugs that eliminate the symptoms, there is a rapid onset of relief, since the cause of the disease is not removed.

The most effective drug is called "Metronidazole".He creates conditions that are unbearable for lamblia in their habitat. It also has an anti-inflammatory effect, which makes the healing process more rapid. Treatment is carried out from seven to ten days.

Furazolidin is available in the form of a suspension, taken up to ten days and has antiseptic and antimicrobial effect. Due to the large number of contraindications and side effects, any antiparasitic drugs should be taken after consultation with the attending physician.

Do not forget about hygiene in the treatment of Giardiasis, namely about specific hygiene procedures, such as:

2. Always wash hands after toilet and before eating.

No less important in the treatment of giardiasis is to adhere to the diet. Eat easily digestible foods, such as cottage cheese, kefir, sour cream. Of fruits, it is best to give preference to apples, pears, citrus fruits. A high vitamin diet is recommended for replenishing lost nutrients in lice fungi in feces.

Treatment of giardiasis effectively almost one hundred percent. But there are also possible relapses. Sometimes for a complete cure, it is necessary to repeat the course of treatment several times. Patients are observed and are at the control of specialists for up to six months. It is necessary to observe the hygiene of the oral cavity, try not to use objects of general use, wash hands frequently and thoroughly wash fruits and vegetables before consumption.

We examined the cysts of lamblia. What is it is now clear.