An additional, or aberrant pancreas - is the rarest abnormality of the gastrointestinal tract, when one more appears in addition to the main gland. The organ is located in the antral part of the gastrointestinal tract, near the wall of the stomach or 12-finger, ileum or small intestine, and mesentery. It is considered an anomaly and appears in addition to the main organ, having the same tissue, but it has nothing to do with it. How pathology manifests itself and what needs to be done, we will consider further.

What is hidden under the term "aberrant pancreas"?

The additional gland appears as a result of abnormal development. Consider her appearance of the disease is not worth it, in some cases, she does not show herself at all and almost does not prevent a person from living a full life. To reveal a pathology it is possible casually, during carrying out of a laparotomy which has been appointed or nominated for other reason. For example, when the pancreas is checked for abnormalities, with surgical intervention to remove ulcers in the stomach or intestines, promptly cure cholecystitis in calculous form. 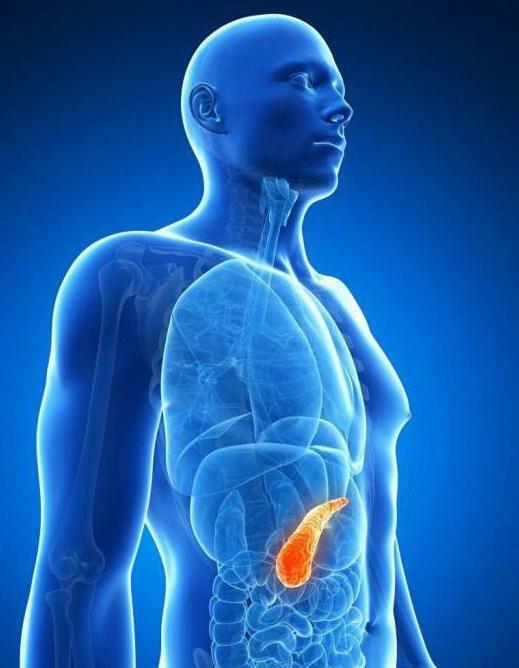 The tissues of the abnormal gland and normal organ consist of the same components. The aberrant pancreas consists of a duct that opens its lumen into the stomach or intestine. As a result, in the extra gland pancreatitis can develop in an acute form. To the rare ailments can be attributed gastrointestinal bleeding.

Causes of the development of the additional gland

Until now, scientists are struggling over the main of the issues: for what reason is formed a double aberrant pancreatic duct. But there is reliable information that there is an anomaly still in the womb, and many undesirable factors influence its development:

Clinical manifestations of the presence of the aberrant pancreas depend on its size and location of localization. If it is in the area of ​​the walls of the stomach, the symptoms are very similar to the manifestation of gastritis, and if located in the area of ​​the duodenum, then in this case, the manifestations may indicate the development of ulcers. In addition, there may be signs indicating pancreatitis, cholecystitis or appendicitis. These signs do not force the patient to see a doctor, and the pathology can not be detected for a long time.

But in most cases, the symptoms are almost not manifested, the patient's complaints arise only with the development of complications. These are:

The most common complications occur if the accessory gland is localized in the small intestine. Complication in this case is its obstruction. And if there is still inflammation in the body, the patient can develop dyspeptic disorders, severe pain in the peritoneum.

During the laboratory examination, hyperlipazemia and hyperamilazemia can be detected.

There are several forms of the aberrant gland. It can be represented: 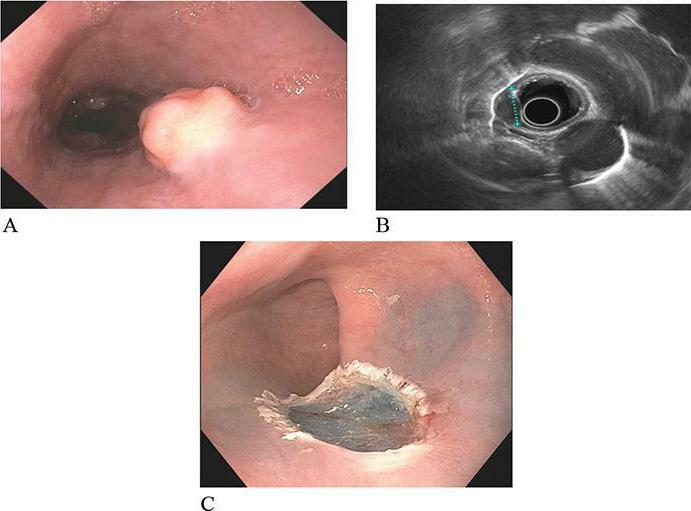 Aberrant pancreas in the stomach and in other organs can be located:

How is the disease diagnosed?

It is possible to detect pathology by different methods, it all depends on the place of its localization. If the aberrant pancreas lobe is located on the wall of the duodenum, in the large intestine or stomach, then in this case it will be easy to identify. In most cases, it is detected during a screening study. The age of patients who are most often diagnosed with an ailment is 40-70 years.

Anomaly can be detected by several methods:

Patients who have an abnormality are found to immediately fall under the surgeon's knife. They have a reasonable question: is it worth removing the aberrant pancreas? Leave it without attention is impossible, because it is dangerous because it can occur malignization of tissues. During its detection, it is necessary to urgently undergo a series of studies that will help to exclude the development of a malignant tumor. But after the final diagnosis it is recommended to remove the anomaly, but what method the surgeon chooses for this depends on the location of the gland. 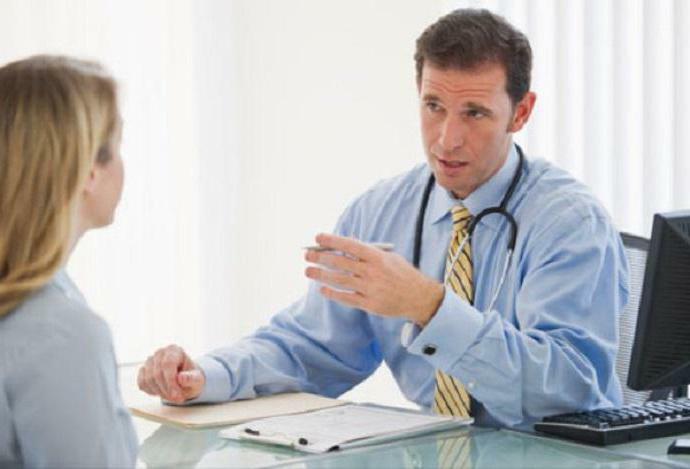 If the additional organ is located superficially, then endoscopic electroexcision is recommended. If the organ has cysts, then in this case, fenestration of the cysts takes place.

Conservative treatment also works well if there is no risk of cancer. Long-acting drugs are recommended, analogues of "Somatostatin" are best suited. Simultaneously, symptomatic therapy is performed.

The aberrant pancreas of the antrum of the stomach is not dangerous to the patient until the pathological processes begin to develop. This is why, in the presence of an additional gland in a patient, treatment may not be used, but a specialist should have constant monitoring.

Complications and consequences of

It is worth remembering that it is not necessary to completely ignore the presence of an abnormality in the pancreas, because with any negative influence it can easily lead to the development of such pathologies:

Prophylaxis of complication development by the accessory gland

If there is an additional gland, then it should be monitored regularly for further development. To prevent complications, prevention is necessary: ​​

If you follow the recommendations and are constantly observed by the doctor, the additional gland will not cause any inconvenience. In any case, continuous monitoring by a specialist is necessary in order to timely identify complications and take the necessary measures.