"Staritsa" is a sanatorium in the Ryazan region. Description, contact information, reviews

As the prices for foreign trips are constantly growing, more and more Russians prefer to rest on the territory of their country."Staritsa" - a sanatorium located in the Ryazan region, is perfect for relaxing at any time of the year. It has gained popularity not only among the inhabitants of the region, but also visitors from neighboring cities who come here by families and even large companies. 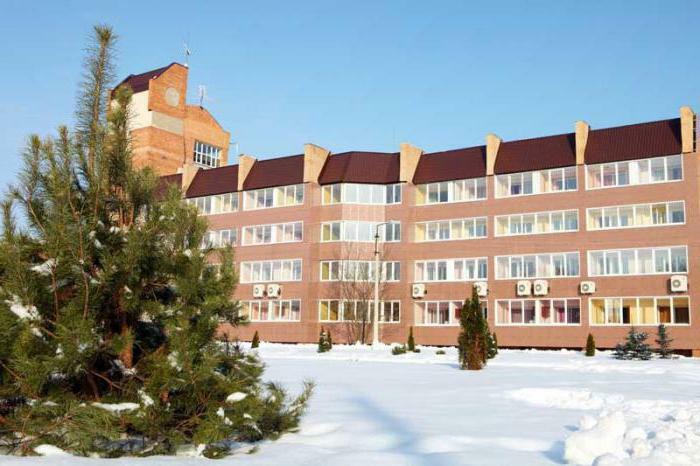 "Staritsa" - the sanatorium is very unusual: it is located in the very center of the former village of Solotcha, which not so long ago became one of the administrative districts of Ryazan. According to legend, the settlement appeared due to the Ryazan monastery built by the Ryazan Prince Oleg Ryazansky of the Solotchi Nativity of the Virgin. Not far from the place where the monastery stands today, the prince met two hermits, the conversation with which was so influenced by him that he himself took the tonsure and spent many years in the temple in the last years of his life.

In addition to the monastery with a rich history, there is a large number of buildings of the XIX century, in which once created Paustovsky, Solzhenitsyn, Simonov, Grossman and many other outstanding figures of culture and art. One of the central architectural monuments of this part of modern Ryazan is called the Church of John the Baptist, which was erected at the end of the XVII century. 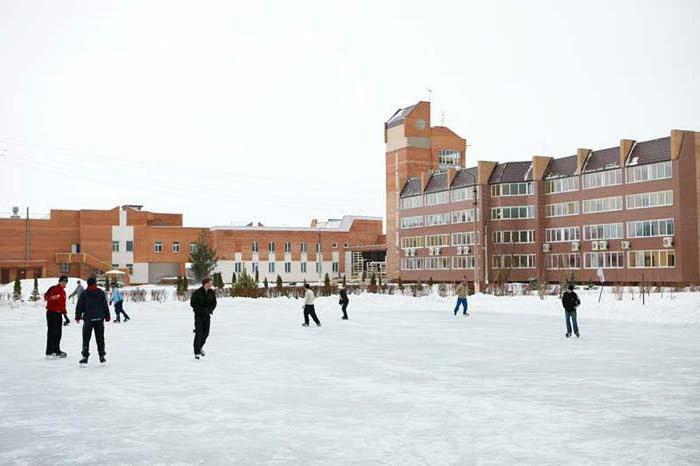 Muscovites often go on vacation to the sanatorium "Staritsa"( Ryazan region), because here you can enjoy high-quality service, relax in silence, and for this you need to drive a couple of hours by car. The developed infrastructure of the health resort allows you to actively relax at any time of the year. In the summer there are play and sports grounds, you can go fishing and hunting, as well as go on boats, boats and bicycles.

In winter, it is easy to rent a snowmobile, skis, skates and go on a trip to the local natural beauties. Guests can also use the large swimming pool, equipped with a state-of-the-art cleaning system, a gym, table tennis, and a local cinema that shows both the latest films and classics.

What is being treated here?

Sanatorium "Staritsa", photo of which fascinates and attracts the attention of those who have never been to these regions, offers about ten medical directions. The main emphasis is usually on water or mud treatment, which proves its effectiveness for many years. Also popular is the massage department. Doctors of the sanatorium use the most modern methods, which allow achieving results as early as the second week of treatment. The patient can use any additional services, however in this case it is necessary to pay a certain amount.

The cost of the tour includes a number of procedures and other medical services, which are appointed by the attending physician on the basis of the initial examination. Obligatory are: diet therapy, supervision by the attending physician( at least once every 8-10 days), intake of mineral water, visits to the pool and gym, and oxygen cocktail reception. If medical indications allow, then the patient of the institution can visit the sauna at his own request. 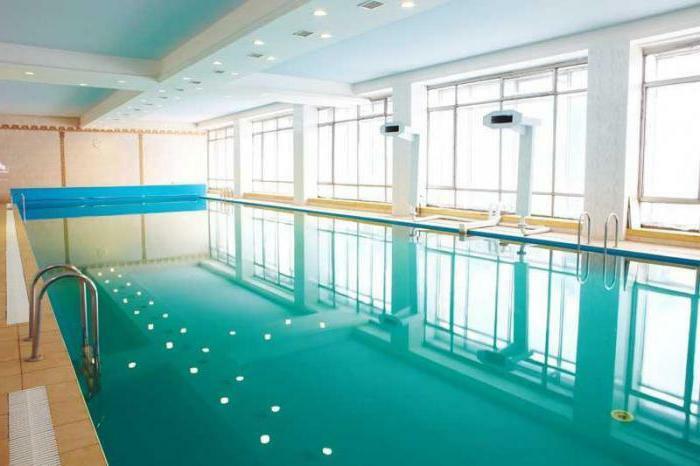 Sanatorium "Staritsa"( Solotcha) offers its patients to use a variety of treatment programs, which represent a large range of services. In particular, the program "Harmony", aimed at relieving tension and psychoemotional relaxation of a married couple, will cost only 9,000 rubles. The complex of services includes aromatic massages, horse riding, phyto-tea reception, etc.

The institution offers about 15 similar programs, some of them are designed for a pair visit. Each of them is accompanied by a number of additional services that can be obtained for an appropriate fee. Detailed information about all the current programs can be obtained by contacting the sanatorium administration. Please note that some of them are seasonal and only valid in the summer. 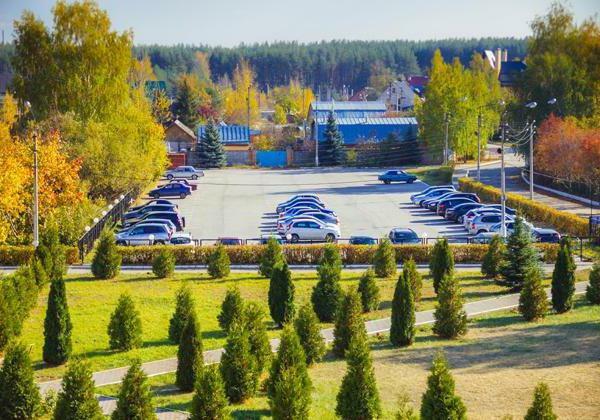 Before you go on a trip, you need to read reviews about the sanatorium "Staritsa" in the Ryazan region. Regular guests of the health center emphasize the resilience of medical personnel, especially doctors, who are ready to fight for each patient as positive parties. According to the management of the sanatorium, it is very important not only to cure the diseases with which the patient came to Ryazan, but also to get rid of all the factors that can provoke it.

As a negative factor, many guests note the difficulty of acquiring vouchers. The sanatorium is very popular, so often there is a situation where places are booked for several weeks ahead. This state of affairs suits far from all vacationers, and the sanatorium management also often thinks about expanding its own possessions.

How much does a holiday in the "Staritsa" cost?

If you decide to visit the sanatorium "Staritsa"( Ryazan Oblast), in order to properly rest there, be sure to inquire about the price policy. The cost of a daily stay will depend directly on the category of the room you choose, as well as the length of your stay. All numbers are conditionally divided into four categories, the first is the most expensive, and the fourth is the cheapest.

The cheapest number in the first half of 2016 will cost you 220 rubles per day, and the most expensive one at 11,000 rubles. You can choose tours, guided not only by your own budget, but also by consulting with the treating doctors of the sanatorium. In the event that you are recommended a special diet, and you can not eat in the local dining room, you will be much more profitable and more convenient to purchase a room where the cost does not include 4 meals a day. 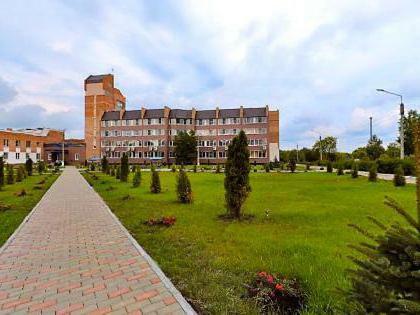 "Staritsa" - the sanatorium is very busy, in the morning and in the afternoon all holiday-makers go through the necessary procedures and are engaged in their own health. But in the evening the guests of the health resort are left to themselves, and therefore, so that no one is bored, here every day there are entertainment events, everyone can take part in. Everything in this case will depend on your desire and desire.

From 18 to 19 hours a competitive program is held, guest artists perform, in the summer time all guests are invited to play volleyball, badminton and tennis. From 20 to 22 hours a concert and dance program is organized. Local performers perform here, classical and folk music evenings are arranged periodically. Holidays are celebrated here in a special way, the number of events is increased two or three times, so you will not have to miss the sanatorium in this sanatorium. 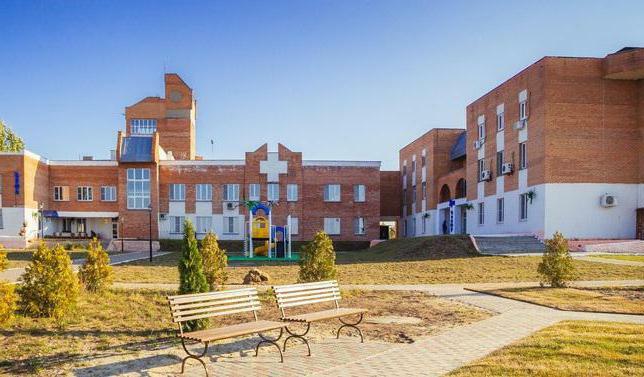 If you plan to organize an event( birthday, wedding, etc.), you can contact the health resort administration directly. Sanatorium "Staritsa", reviews about which have long spread throughout Russia, and his administration will happily meet you. Determine in advance what format your event will be, and how many guests you expect to see on it.

The sanatorium also offers a service for arranging corporate meetings. At your disposal will be any of the two rooms, able to accommodate up to 100-150 people. The health resort very often becomes a meeting place for various organizations, so if you really think that it is suitable for your purposes, hurry to book the rooms for the date you need. The cost of the reservation and organization of your event will need to be clarified with the administration.

How to get there?

The most important question that those who plan to go to the sanatorium "Staritsa"( Ryazan) ask themselves - how to get there. There are several ways that you can use at any time of the year. If you go there by car, you will first need to get to Ryazan, and then take the P-123 route in the direction of Spas-Klepik. After driving about 20 kilometers, you will see a sign with the inscription "Solotcha".Now we need to turn off the regional highway and cross several kilometers through the forest. After you pass the monastery and the temple, you need to turn left, before the turn you will see the pointer - "Sanatorium" Staritsa ".

Another option is to get there by regular public transport. The train will need to get to the Ryazan II station or Ryazan I, then take the 75 minibus and get to the "Trade town".There you can transfer to minibus № 110 and 108, which will take you to the stop "Sanatorium" Staritsa ".If you are going to Ryazan on a scheduled intercity bus, the itinerary remains the same. First you will need to take a shuttle bus number 75, and then - all the same. 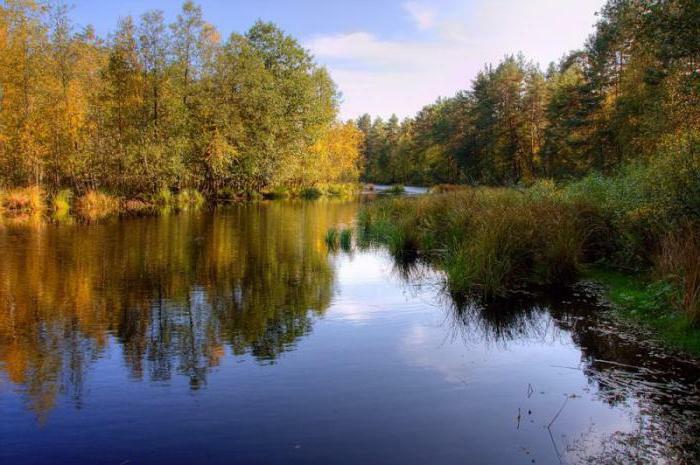 You will be happy to recall your vacation, if you decide to go to the sanatorium "Staritsa", phones for room reservation and consultations are open daily from 9 to 21 hours local time. Residents of Ryazan and the region can call as follows: +7( 4912) 288008, but if you are from another region, use the number +8( 800) 5000013, the call will be free in this case.

If you do not want to call the sanatorium, you can write a letter to e-mail and clarify all the necessary information. The e-mail of the sanatorium( [email protected]) is checked every day, and your letter will not go unnoticed. Do not forget to include your contact details( name and phone number) so that health managers can contact you later to confirm the booked vouchers.

Are you looking for a place to relax?"Staritsa" is a sanatorium that will suit you best. A quiet and peaceful place near Moscow will allow you to forget about home affairs and hecticness. If you do not want to take part in a local entertainment program, you can retire in some hidden corner of the sanatorium and indulge in meditation. Periodically there are held creative evenings devoted to this or that subject, you can easily take part here even as an assistant to the organizer. It's enough just to approach the administrator and offer your services, be sure, your initiative will be gladly supported.

Now that you know how to get to the sanatorium "Staritsa"( Ryazan), it will not be difficult for you. Please note that in the absence of transport, you can use the services of a regular taxi, although it will cost more than usual. If necessary, the administration of the health center can arrange for you a transfer from the railway station / bus station directly to the sanatorium with appropriate accommodation and services, however this will not be expensive. However, it all depends on which budget you are planning to meet, and what exactly are you ready to afford as a holidaymaker.