Hippocrates, when he studied malignant formations, called the tumor a crab, because outwardly it looked very much like his shell. Later, the term took root in the lexicon of Roman doctors and as a result of the translation was transformed into "cancer."

Cancer - what is it?

Cancer is a tumor that occurs as a result of the continuous division of a cell that has escaped from control. This process can not be stopped. Cancer affects more and more healthy cells, which also begin to share. Ill-affected cells carry blood and lymph flow throughout the body. So there are metastases with new foci of malignant tumors. In fact, cancer behaves in the human body as a virus, extremely dangerous and very aggressive.

Plague of the 21st century - cancer

To date, with full responsibility, we can say that cancer is a plague of the XXI century. Most likely, each of us somehow faced this terrible disease. Some people get sick friends, others have relatives or loved ones, and someone suffers from this terrible illness. Most of us think that if a person is sick, then the death from cancer is inevitable. But this is not entirely true, because very much depends on the form of the disease and the stage of its development at the time of detection. The earlier a patient seeks help, the more likely it is to save him or maximize his life.

The situation is such that annually around the world about 14 million people develop cancer. Deaths from cancer are in second place in the number after deaths in diseases of the cardiovascular system. And, unfortunately, this number is growing every day. Why does this happen? And on what does this terrible disease depend? Let's figure it out.

Signs of an early death from cancer. Sensations of the patient

Unfortunately, cancer is a disease that often causes the patient to experience rather painful sensations before the death of the patient, both from treatment and from the disease itself. Manifestations may be different, depending on which organ is damaged initially or by subsequent metastases, but there is a separate series of signs of an impending death. They are the same for all cancer patients. 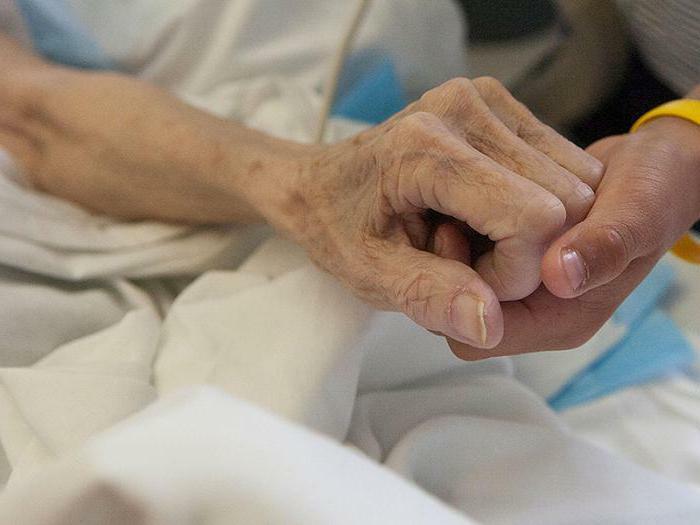 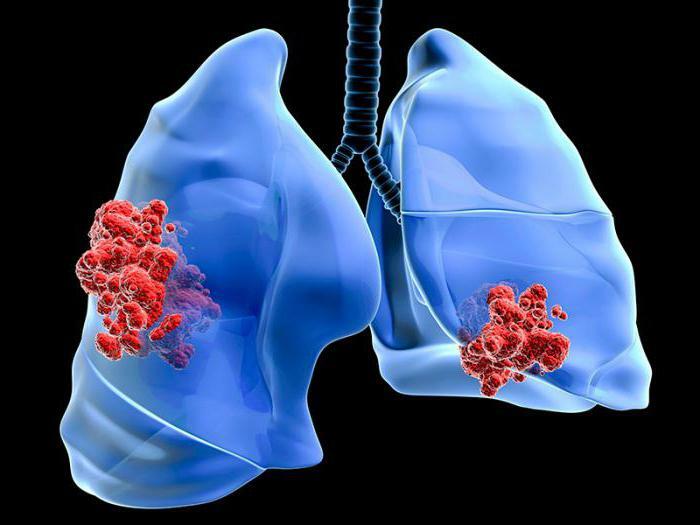 This is the most common type of oncological tumors. Death from lung cancer occupies, perhaps, the first place among all deaths from cancer. The fact is that this disease is practically asymptomatic, and it is often possible to identify it only at the last stages, when it is too late and there is almost nothing to be done.

The patient experiences severe pain while breathing. And the closer the death, the more tangible these pains are. Inability to breathe, every breath is given with difficulty. There is a debilitating cough and a constant sense of lack of air, headaches, dizziness, and even epileptic seizures are possible. Happens, that bones of a back and hips begin to hurt.

Cancer is treated mainly with chemotherapy, radiation therapy, and surgically, as well as a combination of these three methods. There are many alternative types of treatment, but their effectiveness is not proven.

It is divided into primary and secondary types. The first is when a malignant neoplasm arises from the degenerated cells of the liver itself. It occurs extremely rarely, only 10% of cases out of 100. But the so-called secondary type develops from cancer cells brought from the original tumor along with the bloodstream. 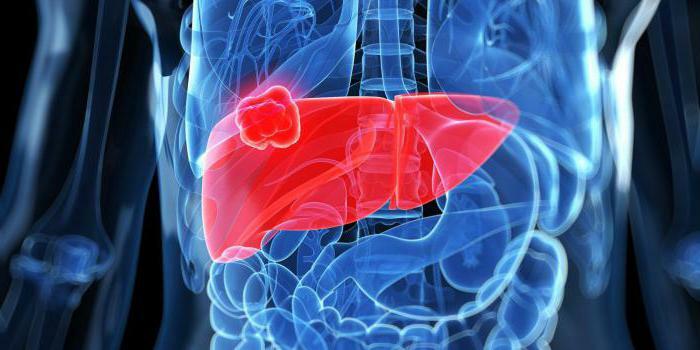 The liver is one of the most metastasized organ. The main cause of hepatoma development is cirrhosis of the liver. The main prerequisite for it is alcohol abuse. Also, the development of primary liver cancer is facilitated by viral hepatitis B, diabetes, the effect of various carcinogens on the liver. Men are more likely to develop hepatoma than women. In addition to a congenital sexual predisposition, this is affected by the use of drugs such as steroids for muscle building.

Death from liver cancer is always painful, the cancer is very fast, and a person "burns up" literally before our eyes, without waiting for the transplantation, which is also possible only in the early stages of the disease. Pain begins in the right hypochondrium zone, weakness appears, appetite decreases, nausea and vomiting begin. The temperature rises, and the pain intensifies and becomes literally unbearable. Before the death of liver cancer, the patient is very much suffering. Patients with hepatoma are considered by default to be incurable patients.

Cancer of the uterus

This cancer, occupying the fourth place among other types of cancer in frequency of occurrence, proceeds practically painlessly. Sensible pains begin only on stages 3 - 4, so very often the cancer of the uterus is diagnosed in an extremely neglected version. The main symptoms are pain, bloody discharge during the cycle and during sexual intercourse, and also under physical stress. The earliest signs of cancer at an early stage are intense mucous discharge with purulent inclusions and an unpleasant odor that cause itching and burning. Symptoms can be either temporary( periodic) or permanent. 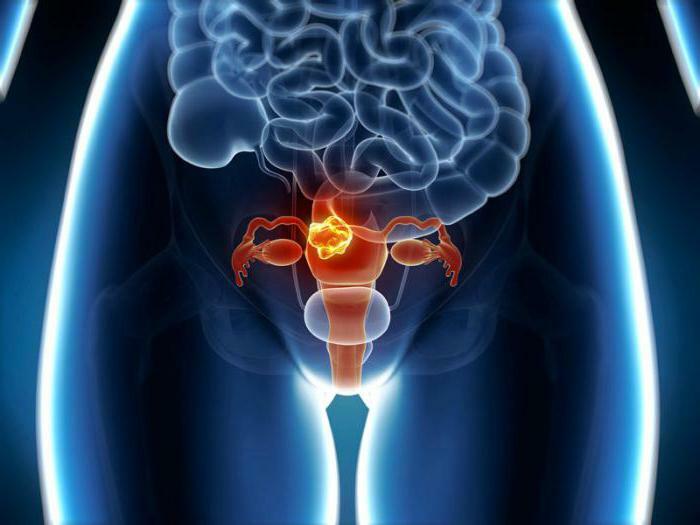 Death from cancer of the uterus expects more than six thousand women a year - it's 60% of the sick. They are mostly women from 20 to 45 years old.

This cancer is found in women. The main causes of the development of cancer in the mammary glands are various hormonal disorders, which are associated with improper intake of oral contraceptives, abortions, various inflammatory diseases of the ovaries and uterus, excessive body weight, lack of vitamins and trace elements with improper dietary nutrition, and irregular sexual life.

Death from breast cancer is a rare occurrence, most often this outcome is avoided by early detection of the tumor. Its symptoms are extremely pronounced: a strong increase in body temperature, general weakness, dizziness, muscle pain. All this is accompanied by an increase in one of the breasts more than 2 times and possible purulent discharge. It is also easy to detect nodular painful lesions in the chest, which are easily palpated by palpation. When treating a tumor, the loss of the affected breast is most often unavoidable. 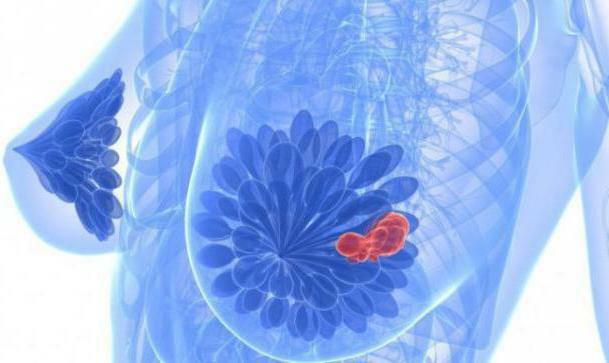 The last way of

If the patient has cancer 3 - 4 stages, then in the clinic such patient is not kept, he is discharged home. Despite the huge number of different pain killers, the death from cancer is a rather painful process. By this time the body is usually amazed by numerous metastases, and new tumors begin to make themselves felt. It is good, when the patient most of the time sleeps or is in a coma. Perhaps in this condition he does not suffer from pain. Yes, in the cities there are special hospices for such doomed, but not all can get there. Only in our power to somehow ease the suffering of a person close to us in this last stage of a terrible and most often fatal illness.