Which is better - "Zirtek" or "Zodak" - for a child from allergies: a description of the drugs, dosage, reviews

During the allergy period, many people have to take antihistamines. Well, if the disease manifests itself slightly( rash, itching).It's worse when the problem gets bigger, and swelling begins to appear. Often patients ask a question about what is best - "Zirtek" or "Zodak" - for a child. Many consumers do not see a significant difference in these two drugs. Some parents want to choose the best and best medicine for a baby. 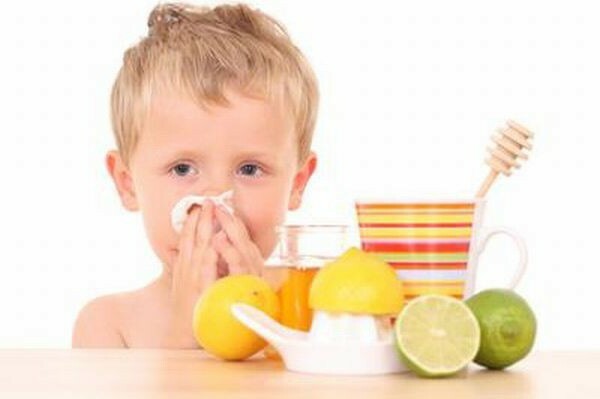 This article will help you answer the question of what is best - "Zirtek" or "Zodak" - for the child. After a comparative analysis, you can decide which composition should be preferred.

Active ingredients and form of medicine

Which is better - "Zirtek" or "Zodak" - for the child? First it is necessary to understand the composition of both drugs and find out what exactly makes them antihistamines.

The main active substance of the drug "Zirtek" is cetirizine hydrochloride( 10 milligrams).Such a composition you can get in tablets. The drug is still available in liquid form. There are additional components. These include propylene glycol, glycerin, methyl parahydroxybenzoate, sodium saccharinate, acetic acid and purified water.

Contain all the same cetrizine hydrochloride in the amount of 10 milligrams of the tablet "Zodak".Drops for children, in addition to the active ingredient, also have additional components. These are methylparaben, propylene glycol, sodium saccharinate, acetic acid, sodium acetate, glycerol, propylparaben and water. 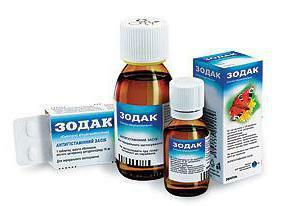 It should be noted that "Zodak" and "Zirtek"( tablets) have absolutely the same composition. This indicates that they are analogs. If we talk about drops, then only the additional components differ. In the rest, such drugs are interchangeable. They can be called generics. Both drugs are available in tablets and drops. However, the "Zodak" means also has the form of a syrup for ingestion.

Cost of medicines: is there a difference in the price of

What is the price of the drug Zirtek? The cost of the medication depends on the form of release and the pharmacy chain. After all, suppliers sell goods at the same price, and the shop spins additional interest on it. Drops of "Zirtek", whose price is about 350 rubles, have a volume of 10 milliliters. Tablets cost about 200 rubles for 7 pieces.

The medication "Zodak"( drops) price is in the range of 180 to 220 rubles. For this amount you can buy 20 milliliters of the drug. Tablets under this trade name can be produced at a dosage of 5 and 10 milligrams of active ingredient.10 capsules of this medicine cost about 150 rubles. 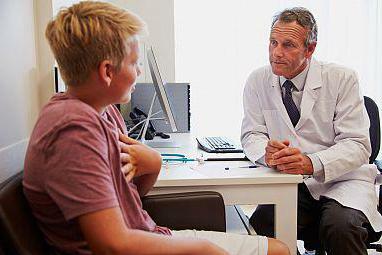 Why is this the difference in price between drugs? The thing is that the medicine "Zodak"( drops), the price of which is indicated above, is produced in the Czech Republic. There are also capsules for oral administration. Zirtek is produced in Belgium, Italy and Switzerland. This is the reason for such a high cost of the drug in relation to its generic.

Indications for use of the considered antihistamines

In what situations is the Zodak drug prescribed( drops for children)?Instructions for use inform you of the following situations. The medication is indicated for allergies of different origin. Preferably, drugs containing cetirizine hydrochloride are used, with skin allergies. However, they also help with other problems. These include allergic conjunctivitis, rhinitis, seasonal manifestation of symptoms. Also, the medication is prescribed with Quincke's edema.

If you take into account the drug "Zirtek"( tablets and drops), then its readings are similar to those described above. However, the instructions for use do not mention the fact that the medication is used in Quincke's swelling.

Contraindications to the use of two formulations

To answer the question about which is better - "Zirtek" or "Zodak" - for a child, it is necessary to compare the contraindications of these preparations. One of these is the increased sensitivity to the components. If the patient tolerates cetirizine well, then you need to pay attention to additional components. In liquid forms of both drugs, they diverge. After all, these types of drugs are prescribed in most cases to children. 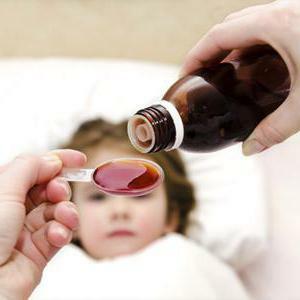 The drug "Zodak" is not prescribed for patients with bronchospasm, with kidney disease, during a cough. The medication is contraindicated in children under the age of one year. This must always be remembered.

To answer the question about which of the medicines is better for the baby, you need to know about the way of using both. The medicine "Zirtek" is used in young children exclusively in the form of drops. Babies up to 2 years are prescribed from 2 to 5 drops per day. Multiplicity of application is 2 times. From 2 to 6 years, the medication can be taken as described above or go to 10 drops once a day. When a child can swallow tablets without first grinding( usually after 6 years), a preparation is given in the form of capsules.

As you already know, the "Zodak" medication is not prescribed to children until one year. After reaching this age, the composition is prescribed 5 drops twice a day. From 2 to 6 years, the drug can be given in the form of syrup, drops and tablets. The dosage of the drug remains the same, but the frequency of application can be reduced to 1 time per day. After 6 years, the drug is prescribed one tablet or 20 drops per day.

Interaction with other tools

Very carefully, you need to take Zodak and Zirtek medications from allergies with other medications. If sorbents are used simultaneously, which is often the case with the development of intoxication from an allergen, then antihistamines should be drunk 2-3 hours after the intake of cleaning compounds. Otherwise, you may not feel the effect of treatment at all. 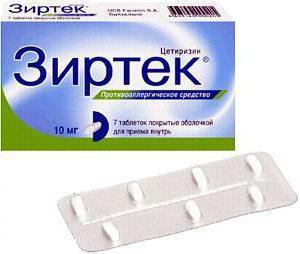 Both medicines are not combined with alcohol and compounds that depress the central nervous system. The use of Zodak is not recommended with bronchodilators of different types, as it can inhibit their action and increase the likelihood of side effects.

Zirtek drops, the use of which usually does not cause any side effects, in rare cases can provoke negative reactions. Often, these are due to non-compliance with the dose and neglect of the reception scheme. If the child is prescribed to use the drug twice a day, there should be an equal amount of time between doses. In this situation, you will be able to protect your child from unforeseen and unpleasant reactions. If they occur, contact the doctor as soon as possible or call an ambulance. 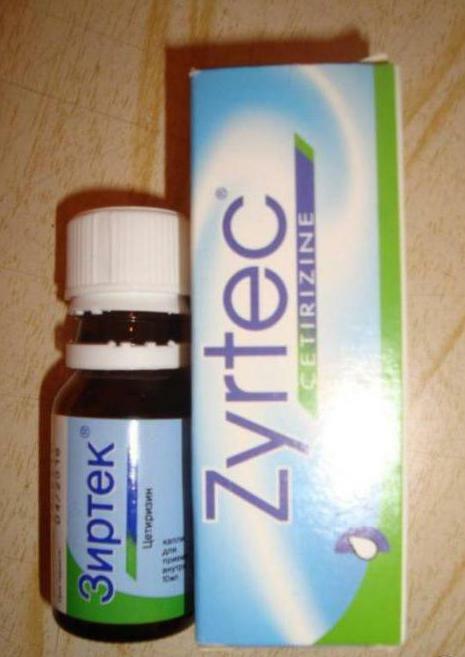 Both drugs can cause conditions such as nausea, abdominal pain, indigestion in the form of stool or diarrhea. Rarely develops a skin rash. The above medicines do not cause drowsiness. This is reported by the manufacturer. However, some patients may respond in this way to the use of the medication. Drugs quite often cause dry mouth. However, the manifestation of this symptom should not be an excuse for cancellation of treatment.

Most patients prefer to choose the drug "Zodak".People see that the composition of the described means is exactly the same. However, the price for the above medication is almost two times lower. Also an undeniable advantage of this drug is that the tablets are available in a reduced dosage. This allows them to give to their children, since the manufacturer does not recommend breaking or crushing the medicine.

Both compounds have the same indications and contraindications. They have similar side effects. Despite this, there are consumers who point out that the Zodak medication can cause drowsiness more often than Zirtek. Also, the latter drug sometimes allows use with alcoholic beverages. When treating children, many parents have to choose a drop of "Zirtek", since the medication "Zodak" is contraindicated in infants of the first year of life. 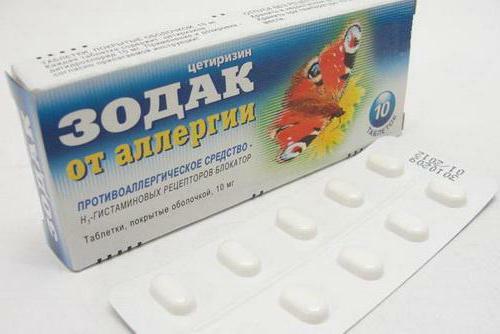 Parents report that children with great pleasure drink syrup "Zodak", while the drops have an unpleasant bitter taste. The medicine "Zirtek" does not have such a form of release. That is why it is not always possible to carry out treatment with this remedy. The drug "Zirtek" has a lot of pluses. It has a convenient form of issuance, an attractive price, it is always available from suppliers. Physicians appoint this composition less often than its expensive counterpart. What is the reason for this approach to treating children of different ages?

What do physicians say?

Doctors report that patients' reviews of the medicines described above are highly controversial. Some consumers prefer Zirtek exclusively. Others say that this drug is no different from the composition of the "Zodak".

Doctors prescribe medicines based on the child's age, taking into account the weight of his body. Of course, the drug "Zirtek" is very popular. It is often used to treat allergies in hospitals. Doctors say that this medicine is safer. The raw material, from which it is made, is of higher quality, as it passes several stages of purification treatment. Also, doctors advise paying attention to additional components. Often in young children there is a negative reaction to them.

Conclusion, or Short summary of the results of

You have learned about two interchangeable compounds - "Zirtek" and "Zodak".What to choose is worth discussing with your doctor. It is the pediatrician who can give you the appropriate recommendations and find the right scheme of application. Often, drugs are prescribed depending on the weight of the baby. 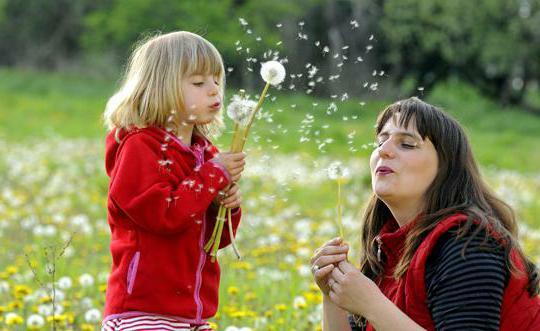 Remember that you can not save on the health of children. Choose only high-quality and tested drugs for the treatment of allergies. Health to your children and well-being!