It's no secret that, despite official prohibitions and for centuries folding taboos, in certain publications one can find ads about non-traditional sexual services. For example, they are looking for clients "Russian lady and toilet slave".If the lady is more or less clear, then who are the toilet slaves, not everyone knows. Such information is not common in the public domain.

What is toilet slavery?

Dressing slavery is an extremely rare form of sexual pleasure, some consider. Others are sure that this is just as rare a sexual perversion. This is not about a classic sexual act in a public toilet. Actions involving toilet slaves imply that the mistress uses her man like an ordinary toilet. Relations based on female dominance and involving the washing and absorption of faeces do not just disgust most people. Everything related to the toilet and feces is considered taboo in most peoples. And this is quite logical, because it is a threat to life. Absorbing feces, toilet slaves run the risk of contracting serious infectious diseases. In addition, sexual pleasures of this kind represent a direct danger to the psyche. However, adherents of toilet sex still exist, so it makes sense to look more closely at this type of BDSM and the safety rules on which the life and health of partners depends.

Why you need a toilet slave

A person who claims to be such a slave should completely lack a sense of disgust. He will have to participate in sexual games, called "golden rain", lick the tongue anus of the mistress after she releases her intestines. A woman's toilet slave is highly valued, able to participate in copro-parties, for which the highest point of enjoyment is the absorption of her mistress's feces.

And here at this moment it is necessary to dwell in more detail. Moving away from the rules of legality and morality of such actions, let's try to understand how toilet slaves should behave in order to give pleasure to the lady, herself, but at the same time to stay healthy. Adherents of toilet slavery give recommendations based on their own experience. But even they recognize: in order to become a slave, it takes months, and more often - years. There are even methods for training toilet slaves.

What you need to be able to, and who needs it 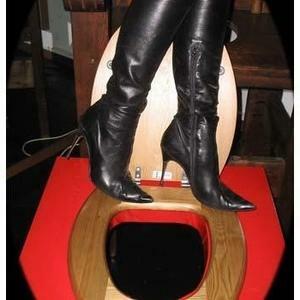 The question arises: "Is someone really able to get sexual pleasure from such a strange action?" Fans of comfort of this kind argue that such acts allow the lady to experience unlimited power, and the slave, respectively, unlimited humiliation. This is what some seek from intimate relationships.