Fibrin is the most important protein. Properties, functions, fibrin and inflammation

Fibrin is a protein that is the end result of blood clotting. It is formed as a result of action on the fibrogen of thrombin.

Fibrin is an insoluble protein produced in the body as a response to bleeding. This protein is a solid element consisting of fibrous filaments. The progenitor of fibrin is fibrinogen. This is a protein produced by the liver. It is in the blood. If the tissue is damaged, bleeding occurs. To stop it, thrombin begins to work. It has an effect on fibrinogen, thereby provoking its transformation into fibrin.

First, the protein molecules combine into long strands that entangle the platelet, creating a coarse mass. Gradually, it hardens and contracts, forming a bloody clot. The compaction process is stabilized by a fibrin-stabilizing factor. 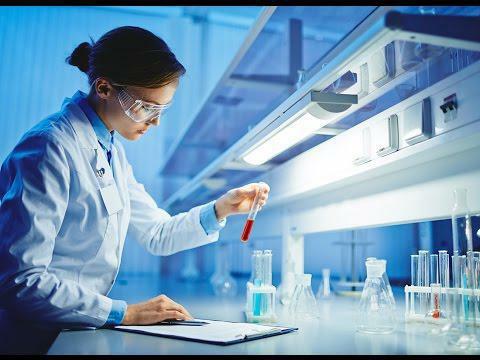 Role of fibrin in inflammation of

Fibrin production and inflammation are two closely related processes. The protein plays an important role in contact with a collapsing, damaged tissue. The thrombokinase released from the tissue comes into contact with fibrinogen.

When blood is coagulated, all toxic substances are clogged in a clot. This feature of the effect of protein in the inflammatory process protects the body from the further spread of toxins and their negative effects. A similar reaction was called fixation. Thus, fibrin is also a defender of the body from toxins.

The formation of insoluble fibrin helps protect the body from blood loss, as well as from inflammatory processes. However, such a reaction causes pain and swelling, tissue damage, a violation of their functionality. Subsequently, this is eliminated by reparative processes. At their early stage, special substances are developed that cause the depolymerization of fibrin. Such a reaction, even at the very onset of the inflammatory process, can inhibit the effect of protein on the pathological focus. 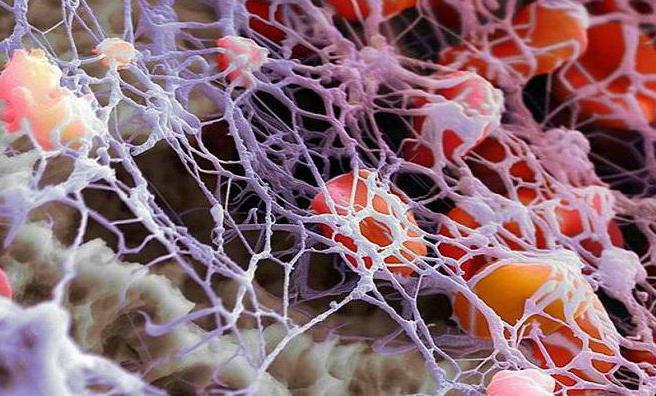 When fibrinogen is converted into fibrin, specific enzymes located in the inflammatory focus begin to act as inhibitors. This process is manifested by the polymerization of fibrinogen into fibrin. Proceeding from this, the function of proteases is determined, which consists in the dilution of materials, by the cleavage of fibrin and other protein molecules into peptides and amino acids. Also, the function of proteases is to inhibit the production of large molecules of insoluble type.

Scientists conducted animal experiments, during which it was found that the exogenous proteases introduced before the inflammatory process could prevent its development completely, and in some cases the pathology proceeded in a mild form. Experience has shown that the use of tryptic substances in most cases stops the development of inflammatory processes at the onset of the disease.

With the introduction of prophylactic doses of enzymes, protein formation was reduced.

Fibrin is not just a protein, but the creator of a protective barrier around a pathological focus that protects against disease. Subsequently, this insoluble component serves for the construction of connective tissue. He also participates in regeneration processes. The formation of scar tissue depends on the duration of preservation and the amount of fibrin production by the body.

So what is fibrin and what is it for? This substance is formed by cells of the body in an amount that is necessary for rapid stopping of bleeding and which will help to quickly repair damaged tissues. In some cases fibrin is a pest. If it is produced and stored in large quantities, then the protein is able to harm the body. As far as is known, fibrinolysis is a long process, not capable of dissolving all excess protein. Moreover, certain conditions are necessary for this process.

To get rid of excess fibrin, special treatment with enzymes is prescribed. 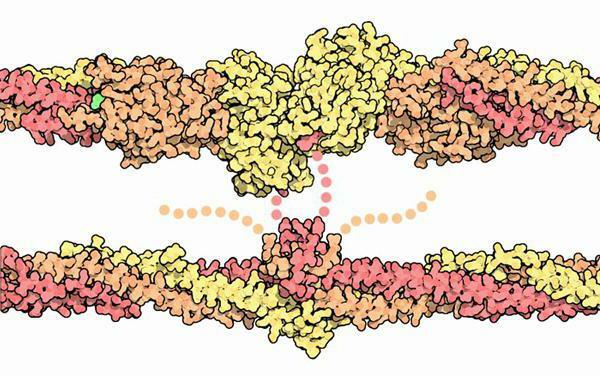 Recently, special attention has been paid to the properties of enzymes. This is especially true for proteases. For the treatment of fibrin enzymes, substances of this type are used. They help to dissolve excess protein, thereby preventing serious complications in the form of blood clots.

The properties of proteolytic enzymes are different. They are able to exert a fibrinolytic and immunomodulatory effect on the body, as well as improve blood circulation, work as anti-edematous, anti-inflammatory substances. 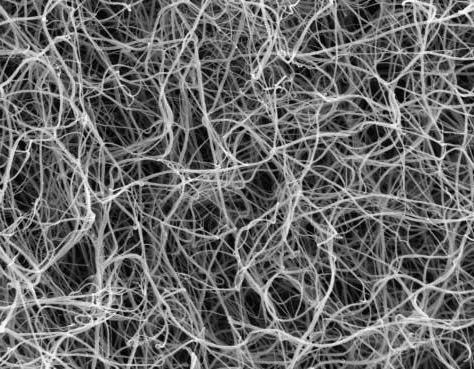 Since thrombus formation is based on the production of fibrin, a protease is required that causes a cleavage reaction of this substance. Without such an enzyme, it is impossible to break the protein into molecules, therefore, there will be no improvement in microcirculation.

With local exposure to protease, it is possible to remove necrotic plaque, resorption of fibrinous formation, dilution of viscous secretion.