First of all, meditation is called upon to find harmony with one's own "I", make your life more spiritual and meaningful, find a way to the Higher Consciousness and establish a connection with the Lord. Immediately we stipulate that no sectarian rituals include meditation, its benefits are obvious. In fact, in all religious movements, believers meditate - these are prayers, rituals, everything that helps to keep in touch with the Higher Mind.

In Latin translation, "meditation" means "meditate", "ponder".This is a series of mental special exercises that are used in spiritual and religious, recreational practice. As a result of training, a mental state arises that allows you to rethink yourself. During meditation, a person makes an alliance with his "I", which makes it possible to establish contact with the source of wisdom and light, the entire universe. Finding the integrity of the personality, as a whole, understanding your essence - all this gives meditation. The benefit lies in the fact that through an altered consciousness( trance) a person is able to gain control over his emotions, feelings and thoughts.

During meditation, a person focuses on the essence of the object, completely immersed in it. Thinking at this time is attached to one idea, and the mind returns to it again and again, after any wanderings or deviations. Gradually with practice comes the ability to concentrate your mind on one object, to control the progress of your thoughts. They stop wandering and getting confused in the head. The highest form of meditation is the ability to guide the mind, freeing oneself from the constant habit of thinking about something. This leads to higher bliss, freedom of reason, awareness, clarity and serenity.

In the western world, meditation has come about thanks to the Indian Maharishi Mahesh Yoga. The current world organization teaches transcendental meditation, the simplicity of technology and effective propaganda bring meditation to everyone. 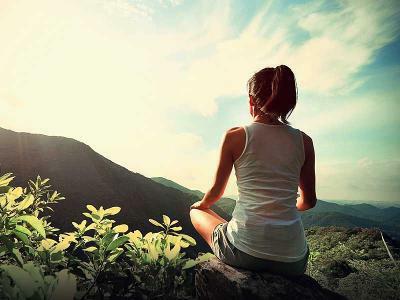 What is the use of meditation

Having mastered the technique and believing in yourself, everyone can meditate. After several successful sessions, a person easily finds contact with his own "I".This is helped by proper meditation. Its use is as follows:

The main types of meditation

There are two main types of fundamentally different meditations:

Dynamic meditations allow us to purify our unconscious limiting installations, our emotions associated with something accumulated in childhood and adolescence. We grew up, the installations are out of date, but the emotional garbage has remained. We need to get rid of it and clean up our energy. 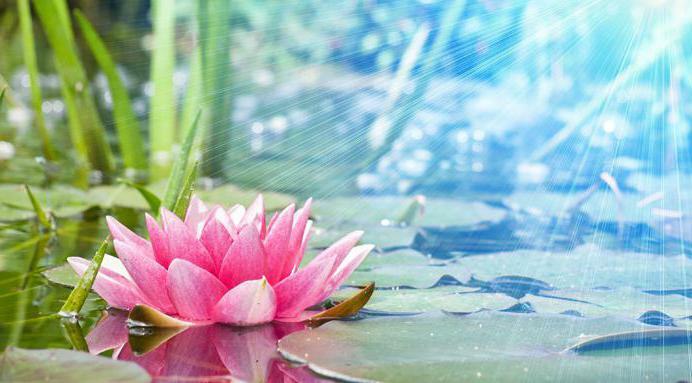 What is active meditation? Monotonous repetition of various physical exercises or some kind of stress leads to the fact that the thought process is blocked. A person is immersed in a trance. Often active meditation is performed in dance, when the muscles work in the same rhythm, are involved in one monotonous process.

Most meditations can be classified as passive. Here, a person takes the most convenient position and begins to sink into his own world. This state should be achieved without any emotional and mental activity. An example of such immersion is the meditation form of traditional Indian yoga. In a deep trance a person is able to expand his own consciousness, after a few sessions, the benefits of meditation are felt. It is based on mantras, simple formulas. The psyche calms down in a natural way, there comes a peace of mind, an immersion in yourself. The body in this state is completely relaxed and as if immersed in the waves of the ocean.

When revealing meditation, a person consciously refers to the existing reality. In this case, a consciousness is formed, which refers to the current reality, in this case this is the benefit of meditation. Whatever you do: go, sit, lie, you must be completely captured by this action.

Substantial meditation. Plunge into natural meditation will allow contemplation of fire, water, clouds, much more. Based on this condition, specialists created forms of meaningful meditation. As a starting point, a natural object or phenomenon is used in one's own immersion. The meditator fully comprehends the essence of the phenomenon and the relationship of man and nature takes place.

Also as subjects in substantial meditation can be used photos, drawings, images. Man, focusing on the meaning of the picture, dissolves in it and knows a deep meaning.

A meaningful meditation can be musical. Listening to beautiful music, a person opens his imagination, draws different pictures and discovers a world of new sounds, as if from another world.

Objects for concentration of attention 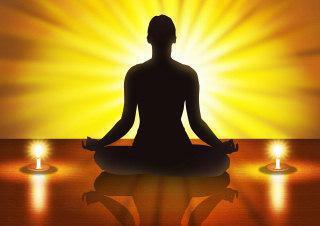 For meditation you need to completely relax. The most important aspect of the session is complete relaxation. Every muscle in the body must become free. Next, you need to fully concentrate your attention on breathing, or on some subject of meditation, music, the rhythm of your own heartbeat. Thoughts need to be completely turned off. If concentration can be maintained, then one can not think about anything else at the same time. Our brain constantly thinks about something, and it's hard to get rid of thoughts first, but you can learn it. This will take some time.

Next, stay relaxed without any tension. If thoughts can not be turned off, do not get upset, fight them and get angry. Just start watching them and watch their current from the side, like an uninteresting film. The main task at this stage is to remain indifferent and ignore all thoughts. If they appear in your head, do not show interest in them. The internal dialog is very difficult to disconnect, it requires an intensive, long practice.

In the first stages, learn to observe the thoughts from the outside, it is not necessary to drive them away. This is not the only meaning that meditation entails. The benefit will come even from the fact that even for a short time you can relax and indifferently watch your problems. You will understand how insignificant they are in the vastness of the universe. 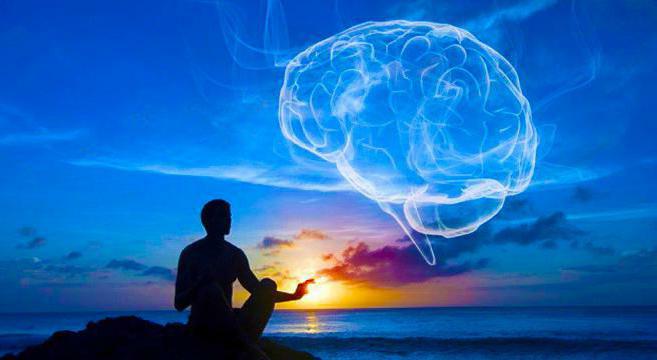 Brain, its performance and mood

The use of meditation for the brain is proven by many studies. In the Belgian schools, a test was conducted, in which 400 schoolchildren took part. Those who followed the meditation program after six months confirmed the fact that they felt no sense of fear and anxiety. In teenagers, all signs of possible manifestations of depression disappeared.

Similar studies were conducted at the University of California among depressed patients. A conscious meditation made it possible to reduce dysfunctional life beliefs, its effect on the body worked even better than antidepressants. By the way, they only drown out the symptoms, but they do not treat the cause of the disease in any way.

The use of meditation for the human body is also proven in other ways, here are just a few: 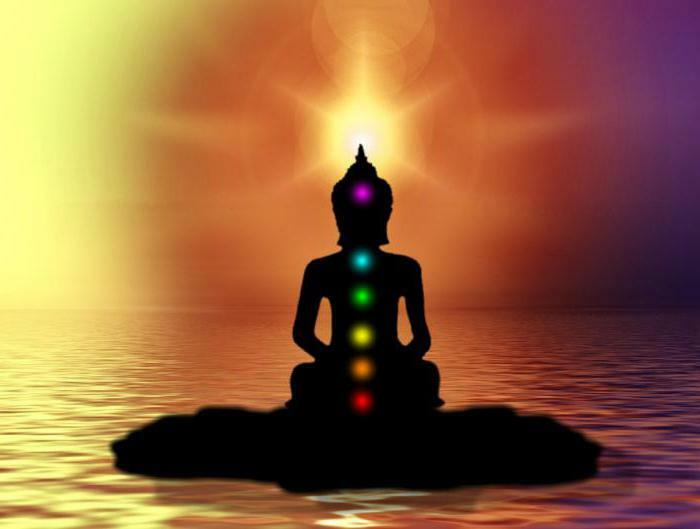 Relations When meditation is performed, the health benefits are felt even in the most neglected cases. The most popular method - transcendental meditation - has helped many patients, and this is also confirmed by research in the largest scientific centers and institutes:

The state of rest not only of the body, but of the mind - all this gives meditation, the benefit to the organism of which is invaluable.

As for the relationship, here the process of meditation gives rise to a feeling of empathy in the person, a positive attitude to everything living, reduces the desire for social isolation, loneliness. Raises the mood, increases compassion, reduces anxiety.

And yet there are controversial issues that meditation causes. Benefits and harm here are sides of the same coin. According to some researchers, meditation can bring harm to an unprepared person. Initially, having experienced the bliss of unity with the higher "I", a person can become addicted to the process of meditation, as to a drug. It simply causes dependence.

To achieve the highest levels of meditation, experienced yogis go to this decade. During the meditation the blood composition changes, the level of endorphin rises, but the level of oxygen can decrease, the heart rate and the number of heartbeats change.

It's not for nothing that in Oriental cultures and religions only dedicated people, clergymen, are allowed to meditate. They argue that for Europeans this is a very serious and complicated process.

As for the brain, scientists have proved that in the process of meditation, changes are taking place in it. It was found that people with trauma in the right parietal region quickly reach a state of transcendence. The brain of meditating Tibetan monks was also scanned. It was found that the sites regulating attention were most active. At the same time, the posterior parietal zone was completely passive, here is a bundle of neurons responsible for orienting the body in space. That is why during meditation a person feels reunited with eternity, loses the sense of reality.

The question of the benefits and dangers of meditation is always open, but the facts remain facts. Everyone can decide for himself whether his mind is ready to reunite with his eternal self, or is the psyche still weak for such a step?