Demand for natural cosmetics and dietary supplements from natural raw materials is steadily growing, stimulating the emergence of new producers. In the domestic market, one of the leading companies in this segment is Sashera-Med LLC.Customer feedback on the drugs in most cases, positive. What do customers like, and what nuances need improvement? Let's try to understand.

Production company "Sashera-Med"( Biysk) is located on the border with the Altai Mountains. The company is engaged in the manufacture of dietary supplements, cosmetics, natural products, collected directly in the Altai Territory, to maintain health.

The basis of the preparations are the ingredients:

The main activity of "Sashera-Med"( Biysk) is the development and distribution of drugs of natural origin, designed to improve the body, strengthen the immune system, improve the appearance.

The offered assortment includes more than 150 names of the means synthesized for stimulation of regenerative functions of an organism, maintenance of the general state of health. Raw materials for preparations are harvested in an ecologically clean zone of the Altai Mountains and the whole region. Virtually all ingredients are useful in case of ailments or taken for preventive purposes."Everything for Health" is the main postulate of the manufacturer's domestic policy.

The raw materials are subjected to thorough analysis and purification from co-impurities. The collection is carried out manually, it is handled by specialists familiar with the medicinal properties of the gifts of nature. The technology of production is based on centuries of experience using modern technological processes and methods of synthesis of drugs for a healthy lifestyle.

Sashera-Med LLC sets its main goal to preserve, multiply and strengthen the health of each family. The company is confident in every product being manufactured, appreciating its capabilities and safety according to the world standards of quality and efficiency. 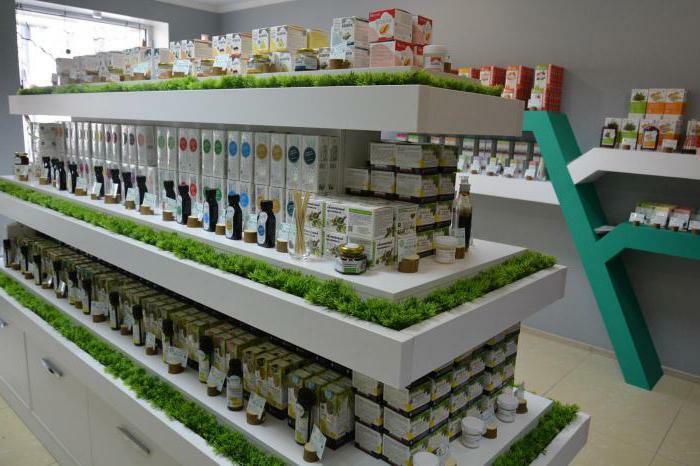 preparations Mummy is a resinous substance with a complex multicomponent composition. It includes acids of organic and inorganic synthesis, complex natural compounds, products of vital activity of plants and animals. After lying in a rock for a long time, enriched with mineral complexes, the substance appears on the surface of mountain clefts in the form of sags.

Mumiye from Altai is famous for its properties far beyond Russia, its operation is confirmed by numerous clinical studies and experiments. Preparations based on the Altai mummy and pure substance have a stimulating effect on the recovery processes in the tissues and cells of the whole organism, participate in the processes of hematopoiesis, restore and purify the liver cells, strengthen the immune system. A pure product or preparations on its basis are taken orally, and also used for external application.

The company "Sashera-Med"( Biysk) mumiy sells in dosage of 10 to 100 grams of pure product. In the composition of many preventive and cosmeceuticals a certain dose of therapeutic resin is introduced, which enhances the action of the basic elements of the composition. Reviews about the mum

The company "Sashera-Med"( Altai Territory) produces a mummy, which is popular among buyers. Positive feedback is devoted to the benefits of using the drug and they tell you about the significant help in curing many diseases.

With external application, there was a decrease, and in some cases a complete disappearance of stretch marks and scars on the skin. Women used mummies to grow and strengthen hair and noted that the length increased markedly in a week, and the fallout ceased after a two-week application.

Recommendations for the use of mummies are left by those who used the resin to accelerate bone after fracture, the effect manifested itself three weeks after the start of the course, and in the final analysis showed bone compaction, a side effect was a significant improvement in the overall condition of patients.

The majority of consumers noted that it is quite easy to distinguish the products of Sashera-Med LLC from other manufacturers of similar products - the packaging has an authenticity code, it can only be seen under certain conditions. Buyers believe that this step on the part of the manufacturer has saved many from buying a counterfeit. Negative feedback on the properties and appearance of the mummy is not, only a specific smell is mentioned, for many it seemed unpleasant, and insufficient distribution of the product in commercial or pharmacy chains. 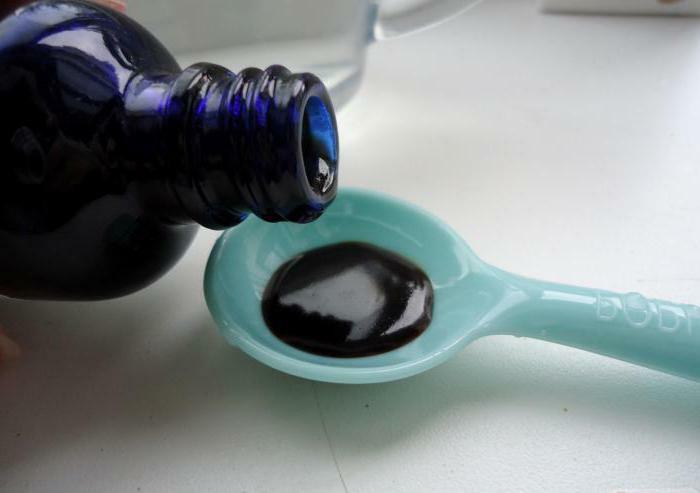 All preparations from "Sasher-Med" are health products of natural plant origin. One of the popular and effective drugs is the stone oil. It is sometimes called white mummy, but their compositions and origin are different.

The assortment of preparations from "Sashera-Med" line "Stone oil" is presented in two forms:

The reception of stone oil helps restore the natural microflora of the intestine, strengthen immunity, strengthen bone tissue in osteoporosis, fractures, osteochondrosis, participate in hematopoiesis, suppress neoplasms and much more. 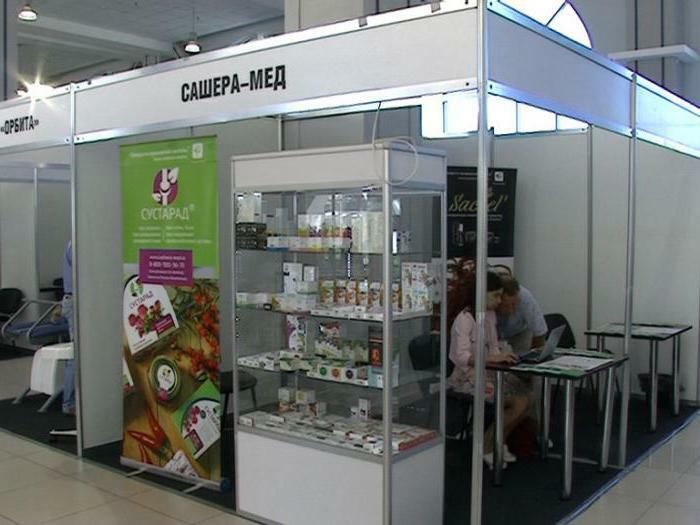 Company "Sashera-Med" reviews about the preparations of the "Stone Oil" series was good. Buyers positively evaluated the effect after the first course of taking a suspension or powder. They argue that the pain in the back, neck stopped, there was lightness in the movements, and according to clinical analyzes, the bone density improved significantly.

Women who used stone oil preparations for weight loss also received a positive result. In the reviews it is told about the reduction of puffiness, removal of excess fluid from the body, improvement of well-being, normalization of sleep. No cardinal loss of kilograms was observed, but the effect that was received brought health and quality of life improvement. Negative is the high cost with which everyone agrees to put up.

The secret of the beaver

A beaver spout or musk is another effective natural ingredient used by Sashera-Med. Products with musk has a rejuvenating effect on the body, increases activity, affects the acceleration of metabolic processes. The health complexes, in addition to the main component, include chitosan, vitamins, antlers of the Altai maral, beekeeping products, mummies, fat badgers, etc. 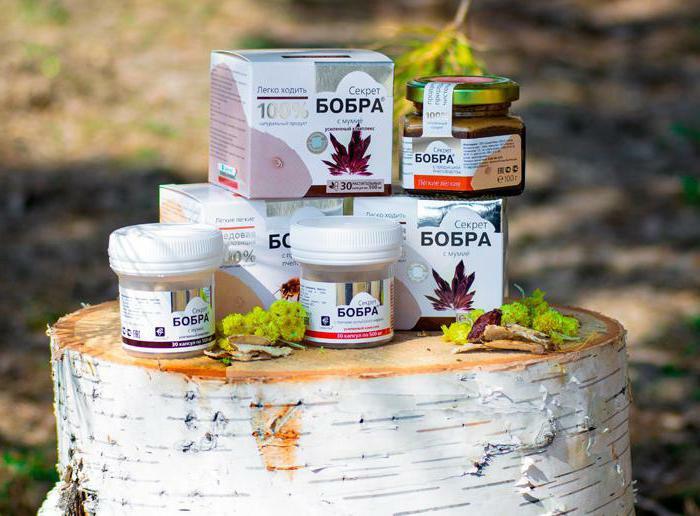 Release forms - drops, capsules, pastes. The assortment of the line "Beaver's Secret" includes products from 18 items. Each preparation is provided with a detailed description of the effect, the scheme of application for various diseases and preventive measures.

The company "Sashera-Med" reviews the positive nature of the series "Beaver's Secret" received due to the high effectiveness in the fight against coughing, including chronic bronchitis. It is noted that in some cases the pain sensations were much weaker or disappeared on the third day of application. Some buyers used drugs to quickly heal wounds, fusion of bones after fractures, and talk about a rapid exit from disease states, improving skin and rapidly restoring bone tissue.

Women who purchased "Beaver's Secret" products in order to lose extra pounds, counted on the apparent rapid effect of reducing body volume, but received a slightly different action, regarded as sparing but positive. At application the appetite decreased( especially if taken after 18:00), the work of the digestive tract improved, cheerfulness appeared, the mood improved. Kilograms went without stress and with a clear improvement in the state of the body.

In negative reviews it is mentioned that the products are rarely found in pharmacies, it has a high cost. Also, almost all consumers who left stories about their impressions, point to a very unpleasant taste and smell of dietary supplements, but the effect affected the decision to continue the course of admission. For some consumers, the drugs were useless, they did not feel any effect on themselves.

The company "Sashera-Med" is positioned as an organization that produces everything for human health. In addition to general strengthening and prophylactic means, the company produces cosmeceutical preparations.

The products are produced in such lines: 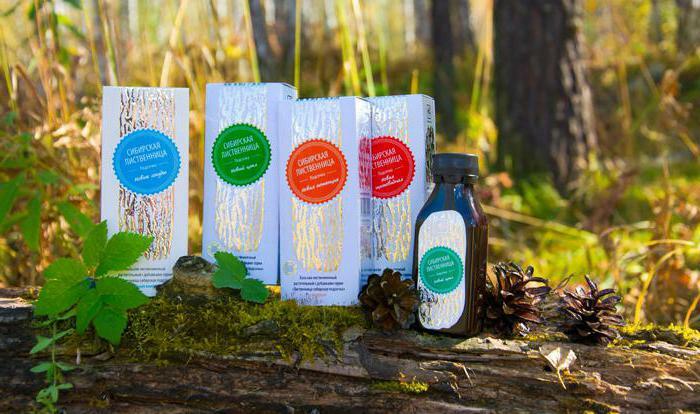 Many buyers used face and body care products from Sashera-Med. The reviews tell about the positive effect of caring cosmeceuticals. Consumers claim that the properties described in the annotations to the drugs are true and bring the desired effect. Face creams help moisturize the skin, smooth out fine wrinkles, improve the turgor, nourish the skin. Most buyers warn that creams are more suitable for evening application and for many are irreplaceable in the cold season.

Tonic, face lotions are highly appreciated - the effect in some cases surpassed the results obtained from the use of eminent European brands. A series of hair care products is marked by a lot of enthusiastic reviews. It is said that the hair gained strength, looks healthy, growth has improved, loss has stopped.

In negative reviews recommend paying attention to the composition, as many natural ingredients can cause allergies, for example, beekeeping products are not for everyone will be useful.

In the production of Sashera-Med medications, it aims to provide preventive and health-improving assistance to a buyer who has special requests. So, for men, drops of complex action "Pantohematogen" are offered. They include a wide range of biologically active substances that help increase potency, strengthen the cardiovascular and nervous systems, restore reproductive functions, prevent the appearance of fatty deposits, etc.

Tea drinks "Gojidoktor" are available in the form of a paste, they number 8,each of them helps not only to gain health, but also to solve some associated tasks - to lose weight, to strengthen immunity, to find a strong nervous system and much more. 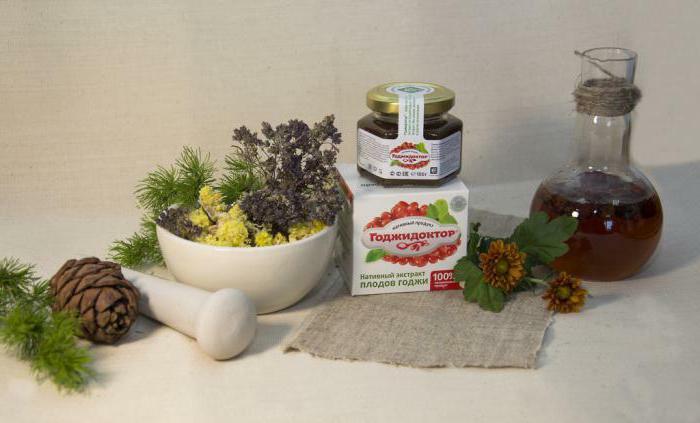 No less interesting and effective line of funds "Spetstonnik chanterelle".The preparations are created on the basis of the fruit body of mushroom chanterelles ordinary and have a special purpose in several directions - the destruction of helminths( including eggs), the elimination of fungal lesions, the excretion of kidney stones, the purification of the liver and much more. The products of this series from Sashera-Med received numerous and positive reviews. Many customers got rid of helminths by drinking the standard course of drops. In confirmation of the success of the treatment, laboratory data are presented.

Products from Sasher-Med are in demand among many buyers, this is due to the large number of positive results from the application. Efficiency was demonstrated by means aimed at combating joint diseases( "Sustarad"), the line of preparations "Larch Siberian Podochka" was approved, many responses with positive ratings were left to the products of the "Series +7" line.

Positively evaluated and popular are such products:

In general, all products from Sasera-Med have a complex effect on the body, aimed at solving health problems. 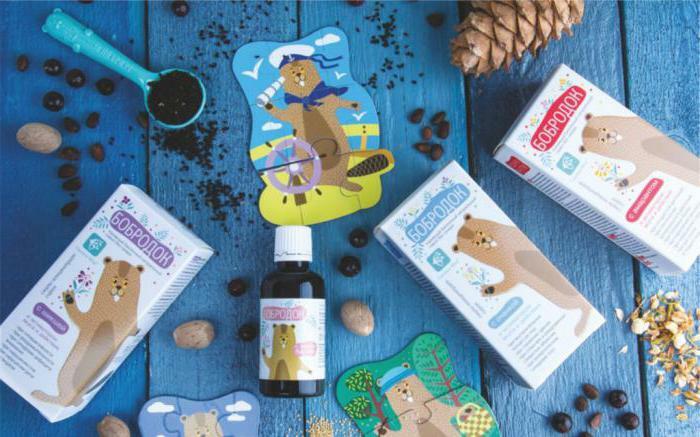 Comments of consumers who used this or that drug for recovery or prevention, tell about significant progress in therapy. Doctors are not in a hurry with the assessment of dietary supplements and their effect on the overall course of treatment for their patients. Some believe that such drugs have a placebo effect and do not affect the health of the patient, improving only the psychological state. In such cases, there are no objections to the doctors - a good mood and the will to recover have a powerful impetus in the treatment process.

Some doctors consider BADs a harmful innovation, referring to them as fraud in medicine. In their reviews, they focus on the uncertainty of the components, the drugs offered and the dubiousness of the action when combined with medications. Nobody is sure what effect can follow with the simultaneous intake of dietary supplements and potent drugs. In addition, many patients have allergic reactions to natural components and in this case many diseases can worsen. Official medicine leaves the question of using drugs on the basis of natural remedies without evaluation, recommending patients to consult a doctor. But also doctors have a special opinion - when traditional means do not work, the patient is given the opportunity to turn to traditional medicine, and she is completely on the side of the means, such as that produced by "Sashera-Med".Nobody will deny the action of the mummy, because the healing and tonic effect is tested by many generations of people and shows positive results.

If you contact the herbalists of the Altai Territory, almost all of the above components will be present in the recipes used to treat various diseases.

You can purchase the necessary preparations from authorized distributors, pharmacy chains and online orders directly from the Sashera-Med manufacturer.