Many beekeepers face tick-borne diseases of their pets. Parasitic invasion leads to serious damage to the body of Hymenoptera. Bees lose their ability to fly and perish. Varroa and acarapis mites are especially common and dangerous. Insects quickly become infected with parasites from each other, and most of the hive habitants soon fall ill and die. In such cases, the drug for bees "Muravyinka" can help. The instruction recommends the use of this remedy against acarapis and varroa mites.

What is the drug?

It has long been noted that conventional forest ants are capable of destroying bee mites. What is the reason for this? In the body of ants, a special caustic acid is produced, which has a harmful effect on parasites. On the basis of this substance in 2001, a medicine for bees "Muravyinka" was developed. 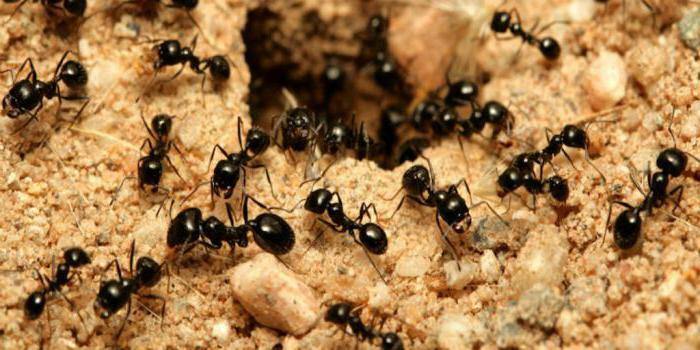 The drug looks like a gel-like mass of translucent color. The active ingredient is formic acid, because of this the medicine has a sharp pungent odor.

The gel is packaged in acid-proof bags. Each package contains 30 g of active ingredient. Sachets( 4 pieces) are placed in a vial with a tightly sealed lid.

The action of the drug

"Muravinka" refers to acaricidal drugs. This agent destroys the adult specimens of varroa and acarapis parasites. At observance of recommended doses and rules of application the medicine does not harm to bees.

However, for human and warm-blooded animals, this drug belongs to the 3rd class of danger. Formic acid is an extremely corrosive substance. If it gets on the skin, it causes severe irritation, and if it is inhaled, poisoning may occur. Therefore, when working with the drug for bees "Muravyinka" instruction recommends caution. 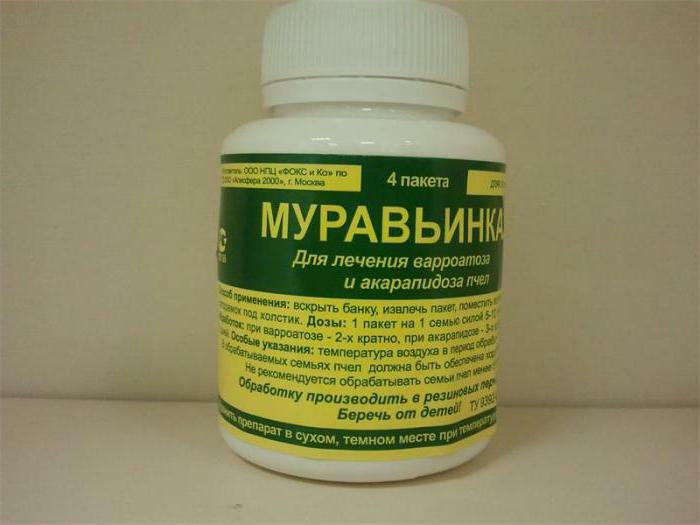 Formic acid does not penetrate into the products of beekeeping. If the hive has been treated with the drug, this will not affect the quality of honey or propolis. This remedy is much safer than other acaricidal drugs. Formic acid breaks down quickly in the open air.

Indications and Uses for

Varroa and acaracidosis of bees are the main indications for the use of the drug. It is these mites that are affected by formic acid. It is possible to note bactericidal and fungicidal properties of the drug for bees "Muravyinka".The instruction recommends the use of the remedy not only in curative, but also in prophylactic purposes, in order to avoid the appearance of the following parasites and microorganisms:

No side effects were observed with the application of "Muravinki". 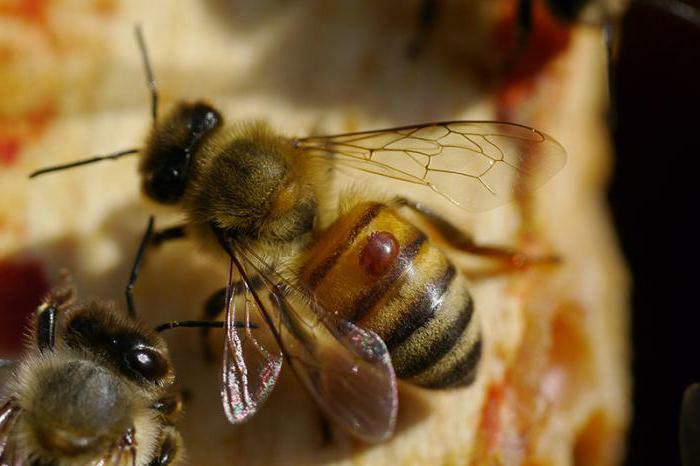 How to apply the drug?

How to treat bees from varroatosis and acaracidosis with a formic acid based remedy? It is necessary to remove the bags of gel from the bottle and put in the hives, placing the drug under the canvas of the upper bars of the frames. In this case, it is necessary to comply with the dosage - 1 sachet per 1 family by the force of 5-12 lanes. If the hive is multi-hull, then there will be enough 1 pack per 1 hull.

The bags should never be opened. They should be in a general form. Formic acid vapors will be released through the envelope of the package and affect the pests. When the substance has evaporated completely, the bags should be disposed of by digging them underground to a depth of 30-40 cm. Normally, the gel is completely converted to steam within 3-5 days.

Treatment is done 2 times a year. In the spring after wintering, inspect the bees, and then immediately you can start decontaminating the hive with the help of "Muravyinka".With acaracidosis, bees need a three-fold treatment, and if there are cases of varroatosis in the hive, it will be enough to apply the packets twice. The intervals between the use of the drug are about 5-7 days.

The second treatment is carried out in the summer-autumn period after the honey is pumped out. The amount of the drug is the same as in the spring. 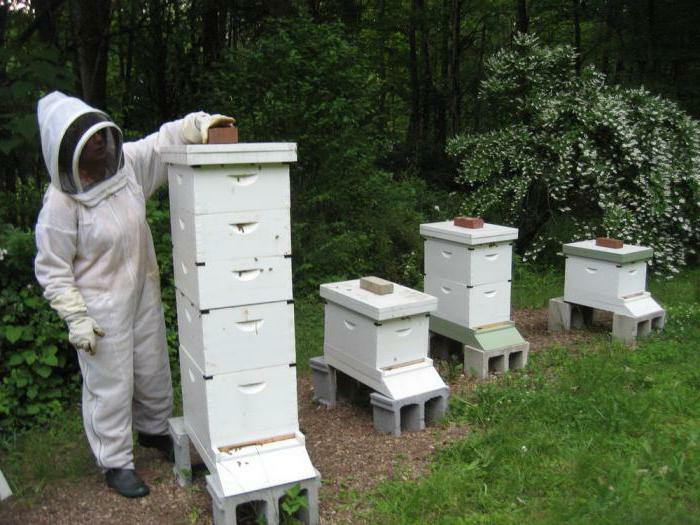 The treatment is performed at an air temperature of at least +12 degrees, but not above +25.In this case, the hive should be well ventilated, it is necessary to open the tapholes: the upper and lower ones. If necessary, should be cleaned from propolis.

If the product is used for preventive purposes, to prevent the appearance of wax moths and fire in the sump, the bags are placed over the frames. In this case, the dosage should be observed: 1-2 packets per 10-12 frames. Then the storage should be hermetically sealed.

Sometimes beginning beekeepers make mistakes when using the drug "Muravinka" for bees. The instruction says that when processing a hive it is important to follow the following rules: 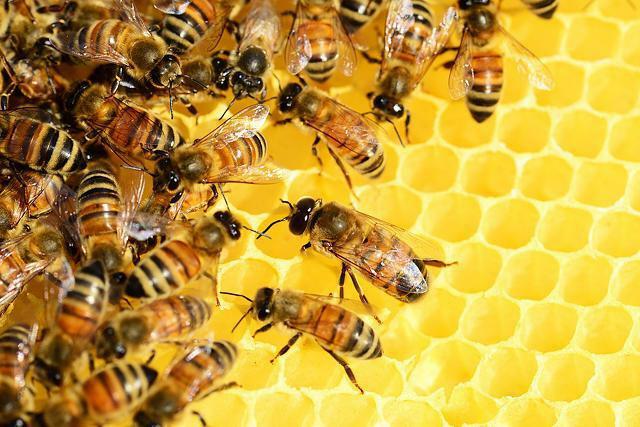 The beekeepers are positive about the "Muravyinka" facility. They mark the scree of mites after the first treatment. There were no cases of steaming bees. The drug effectively destroyed the parasites, but the home insects remained healthy.

Many note the convenience of packaging the drug. Formic acid has also been used in beekeeping to combat ticks. She was poured into a jar or bottle, covered with cardboard on top and left in a hive. But in this case, the effect of the substance was too aggressive, and the beekeeper risked getting burns and intoxication. The use of acid in the form of gel, packed in closed bags, made treatment safer for both the beekeeper and his pets.

Sometimes there are reports of death of queens after treatment. But in such cases, the permissible dosage was exceeded or the ventilation was insufficient. When using the product, you need to carefully study the instructions and follow all the recommendations.