Rash on the feet of a child: diagnosis, treatment, prevention

Currently, there are many reasons why rashes on the feet of a child .They can serve as symptoms of various diseases. Therefore, they can not be burned on their own, it is necessary to see a doctor so that he can correctly diagnose. Only an experienced doctor can diagnose the disease by the nature of the rash. Of course, it will not be superfluous for parents to know what ailments can be hidden under such a symptom. 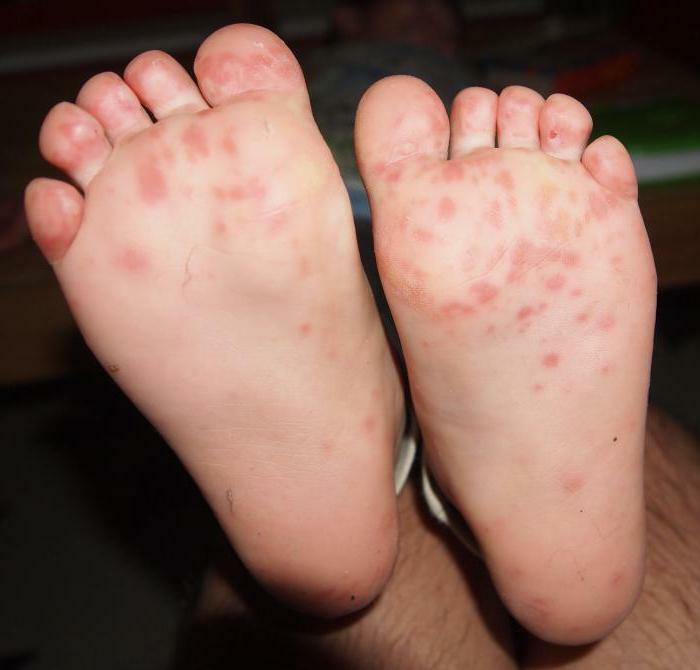 Eruptions can be of different types. Most often they have the form of vesicles with liquid inside or spots of red color. The size of the rash is small. Some diseases can manifest as scales on the feet, accompanied by itching. When the elements of the rash are combed, ulcers, cracks and other injuries are formed. All rashes are conventionally divided into five groups:

The most dangerous is an infectious group, whose history often reveals contact with the carriers in the school and kindergarten. 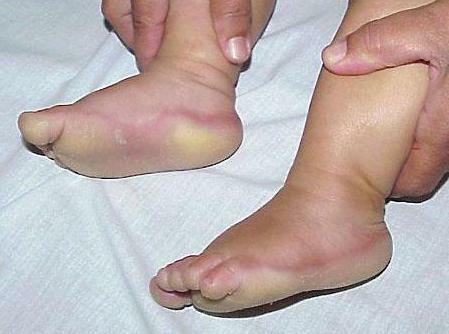 The causes of rashes in children can become such infections:

A rash of an allergic origin is associated with the action of a specific agent on the baby's body. It can be wool, dust, some medicines, washing powders, and also lure. Allergic rash includes hives, which is characterized by the appearance of a clear rash of bright pink color without accompanying signs of malaise. The rash can cover baby socks , legs and ass. Eruptions can merge with each other, forming large blisters that rise above the surface of the skin. They can cause peeling, severe itching, and cause the appearance of crusts in the future. 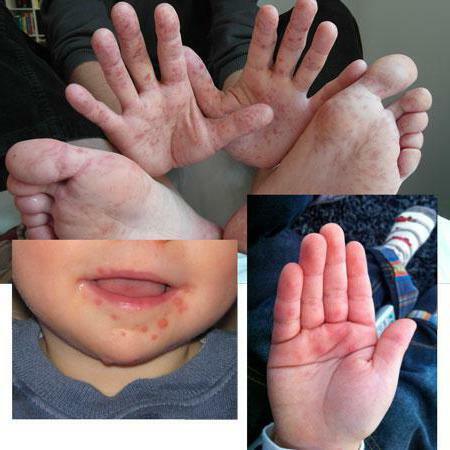 Diseases of blood vessels and blood

In some cases, ulcerous rash may appear on the soles of the feet, which indicates the presence of severe pathology of the circulatory system. It is also often formed rashes in the form of hemorrhages, bruises, petechiae, which may indicate the development of thrombocytopenic purpura, which is caused by a decrease in blood levels of platelets. Thus rashes are asymmetric, they can be in various places, the certain site have no.

With hemorrhagic vasculitis, there is a red rash in the child on the shins and feet. Rashes can merge with each other, rise above the skin. The disease is accompanied by intoxication and arthralgia. 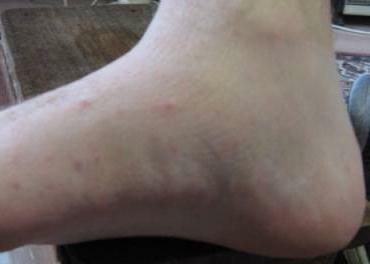 Often a rash may appear as a result of non-compliance with hygiene standards: 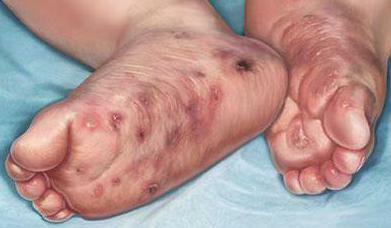 There are other disorders that lead to the appearance of rashes on the feet. These include:

First of all, parents should observe whether the general condition of the child has changed after the appearance of the rash. If the condition has not changed, do not be nervous. It is necessary to show the baby to the doctor, as only he can put the correct diagnosis and prescribe a treatment. To diagnose rashes, methods such as dermatoscopy, biopsy and scraping are used. Laboratory tests will help to make an accurate diagnosis. The causes of rashes in children can be different, including serious diseases. 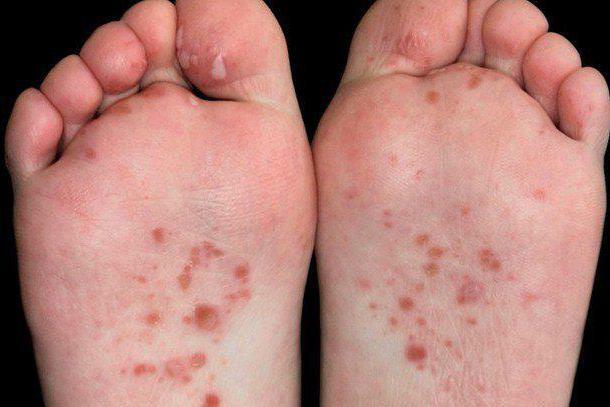 Treatment should be performed only by a doctor. Doctors can be called at home, while treating the rash before it comes is not recommended. If this is a manifestation of an allergy, then antihistamines are prescribed. In this case, it is necessary immediately to exclude contact with the stimulus. If the rash on the feet of a child is caused by other diseases, then the underlying disease is treated, the immune system is strengthened. In severe infectious diseases, hospitalization is indicated. The doctor prescribes antibiotics, vitamins and other means. When biting insects, certain ointments and creams, herbal baths, lotions can be prescribed. In any case, one should not engage in self-medication, as this can lead to irreversible consequences. Folk methods of therapy do not always cope with the problem, which can lead to the development of serious complications right up to a lethal outcome. If you suspect a meningococcus, you need to call an ambulance.

The choice of medication will depend on the cause of the rash:

Compliance with the diet

It is very important to follow a diet for rashes. When allergic reactions from the menu exclude spicy foods, nuts, chocolate, citrus and fish. Also you can not use honey, strawberries, tomatoes, eggs. All these activities are carried out, because rash on the feet of a child can cause highly allergenic foods and to eliminate unpleasant symptoms you need to follow a diet. 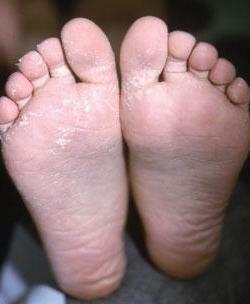 One of the conditions for the prevention of rashes is the timely vaccination of the child. Carrying out all the necessary vaccinations makes it possible to avoid the emergence of various dangerous diseases, so the body must be protected from viruses and bacteria. But in this case it is necessary to remember the possible appearance of a negative reaction to the vaccine.

For allergies, it is recommended that you follow a diet, excluding certain foods from the diet. Clothing should be chosen from high-quality natural materials. Parents are advised not to use perfume in the house, not to have pets and plants if their child is prone to allergic reactions. Children need to give vitamin preparations to improve immunity. All methods of prevention should be checked and agreed with the pediatrician. This is the only way to protect a child from an invisible danger.

Thus, any rash on the feet of a child , which can not be identified, is a cause for concern. It is important to remember: a sensitive child organism is most often infected. The formation of rashes can be a sign of the development of dangerous diseases, so you need to immediately consult a doctor. The appearance of the rash will tell the experienced doctor about the seriousness of the processes that occur in the child's body. Correctly diagnose the cause yourself can only be with allergies and violations of hygiene rules, in all other cases, the unprofessional approach will only harm the health. Parents are advised not to experiment with the health of their babies!