How is a lymph node biopsy performed?

Lymph nodes are the organs of the immune system, which are responsible for protecting our body from attacks by infectious agents. It is here that the destruction of pathogenic microorganisms takes place. When they enter the body, they enter the lymph nodes together with the lymphatic drainage. It is worth noting that these organs are also fighting with cancer cells. In the human body, there are about 600 lymph nodes. 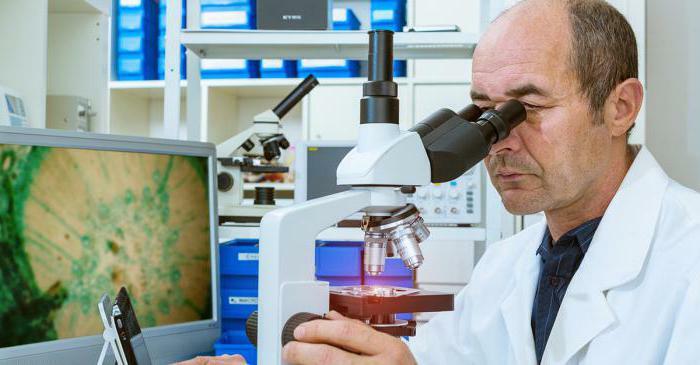 However, such organs also suffer from a variety of ailments. Making an accurate diagnosis is not always possible. Therefore, a lymph node biopsy is often performed. Often this is simply necessary. Such a study is prescribed to clarify the etiology of the disease or lymphostasis and lymphodema.

What is this research? A lymph node biopsy around the neck, in the armpit or groin area is a fairly common procedure that is prescribed for certain indications. In fact, this is a small surgical intervention. In the process of carrying out such a procedure, the doctor removes part or all of the organ.

Biopsy is a laboratory study that can detect fibrotic changes in the mediastinum, as well as in the cervical and inguinal lymph nodes. 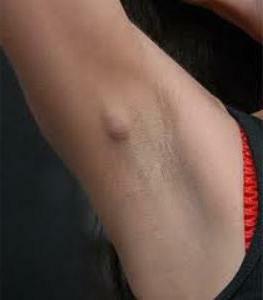 A biopsy of the lymph node allows the timely detection of abnormalities occurring in the body. Therefore, similar studies are carried out for many indications: the

In other clinical cases, a biopsy is not prescribed.

Who should not take a biopsy?

Lymph node biopsy in the armpit, in the groin or on the neck has a number of contraindications, among which:

Lymph node biopsy requires professional intervention. After all, these organs are elements of protecting the human body. Their damage in the presence of certain violations can only aggravate the patient's condition. Therefore, choosing a clinic to take analysis and a specialist should be given special attention. 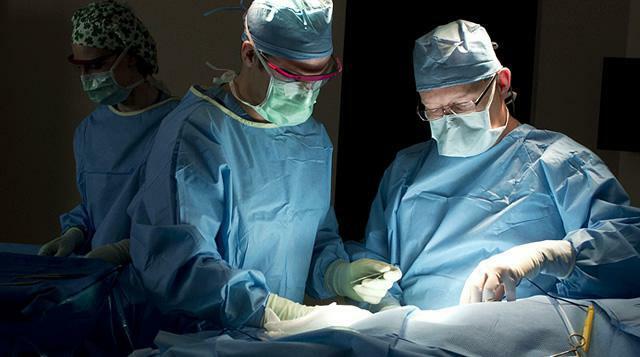 So, how do lymph nodes biopsy? This procedure can be performed in several ways. The basic methods include:

Each of the ways has its own features, advantages and disadvantages. The choice of the method of taking the analysis should be discussed in advance with the doctor.

This method of biopsy is performed using a thin needle. The instrument is carefully inserted into the subcutaneous lymph node structure located under the jaw or above the clavicle, and the material is extracted for further investigation. The procedure is performed exclusively on an outpatient basis. It is worth noting that during the taking of a biopsy patient almost does not experience pain. Therefore, the aspiration method is used very often in modern medicine.

The tool used to extract the material is made in the form of a thin hollow needle. If the lymph node is not palpable, then determine its location allows an ultrasound device. This technique is often used for infectious or metastatic processes in tissues. 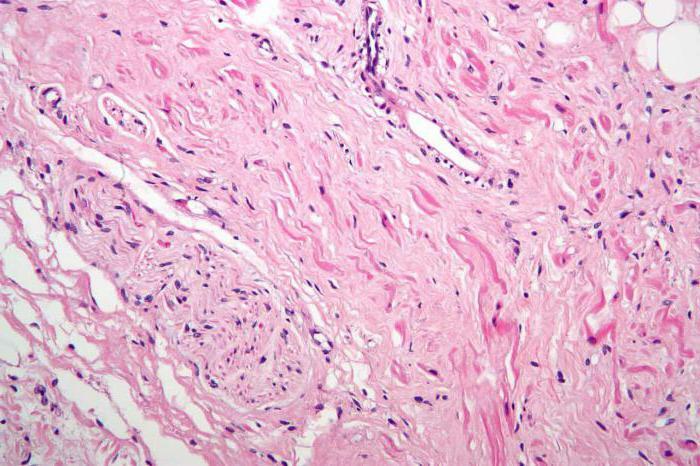 How is lymph node biopsy performed in this case? The puncture method involves obtaining a column of biological material for carrying out all possible histological studies.

It should be noted that this procedure is carried out in much the same way as the aspiration procedure. The difference lies in the tools. In the case of puncture biopsy, a needle is used, equipped with a mandrel providing excision, as well as retention of biological material.

However, this method is not recommended for use in cancer pathologies, as this can lead to the spread of the affected cells. In addition, puncture and aspiration biopsy often shows the wrong result.

An open biopsy of the lymph node involves the acquisition of a material for further investigation by surgical intervention. The procedure lasts at least an hour. During the intervention, the doctor makes a small incision through which the scalpel cuts the lymph node and a small piece of connective tissue.

In this case, the patient is placed on the operating table, and then a general anesthetic is administered. The place where the incision will be made is processed with a disinfectant. After this, the doctor begins to remove the lymph node. Finally, the incision is carefully sewn, and a bandage is applied over it.

This method of biopsy is used more often than other methods. This is due to the greatest informativeness, as well as the reliability of the results obtained. In some cases, an open biopsy is performed intraoperatively. This allows you to conduct rapid diagnostics. If the tissues are cancerous, the doctor performs an extensive surgical intervention. 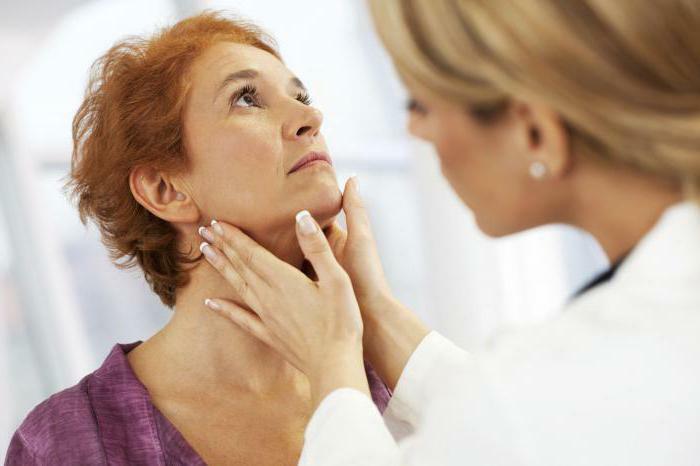 Sentinel lymph node biopsy is used to determine the prevalence of malignant processes, as well as to remove multiple lymph nodes, rather than the entire group.

Thanks to this procedure it is possible to save part of the structure bodies. Sentinel lymph nodes are those that are first affected by malignant cells. The tendency of tumors to metastasize into these organs is a major problem in the treatment of oncology. To date, biopsy sentinel lymph nodes has almost become a standard procedure in the presence of a tumor. 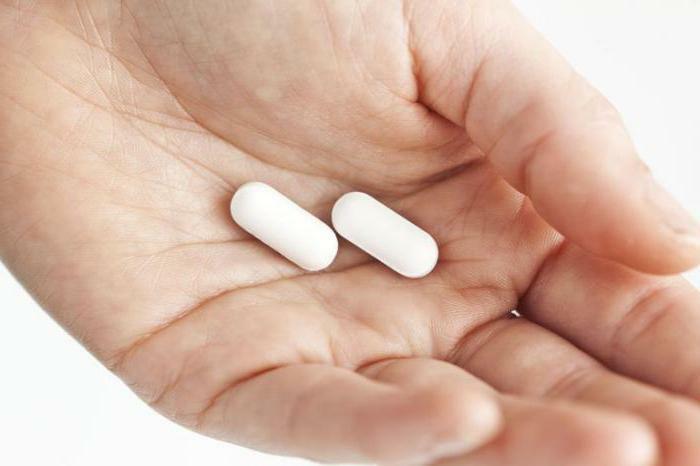 What should I do before a biopsy?

Before passing such an analysis, you need to visit a doctor and describe your condition clearly. Thus it is necessary to tell about all pathologies and problems with health, allergic reactions. Also worth mentioning are violations of blood clotting and pregnancy, if the woman is in position.

If a patient has been prescribed therapy with the use of medications, you should tell the specialist before starting the operation. A week before the appointed procedure, it is necessary to stop taking medications that cause irritation of the blood. These drugs include "Heparin", "Cardiomagnolo", "Aspirin", "Warfarin", "Aspercard".

If general anesthesia is used during the biopsy, then within 10-12 hours you should stop eating food and drinks.

procedure Lymph node biopsy does not cause pain, as it is performed either under general anesthesia or using local anesthetics. The duration of the operation is 30 to 50 minutes.

The patient after the procedure will have to for a few days to refrain from taking a shower or bath, visiting the sauna and sauna, since it is not recommended to wet the place where the puncture was made. Also it is necessary to avoid unnecessary physical exertion. The result of the research will be ready within 7-10 days.

What can be complications?

After lymph node biopsy, complications develop in some cases. First of all, do not forget that the procedure is, in fact, a surgical intervention. Although the operation is considered minimally invasive, in any case, penetration into the body occurs. It is for this reason that such a surgical intervention increases the risk of complications. Among such phenomena is often found:

After the biopsy, doctors warn patients that if any complication occurs, they should immediately seek help from specialists. Also it is worth to visit the clinic if there is swelling in the area of ​​the lymph node to be examined, with fever, fever. If the pain does not disappear even after 7 days after the surgery, it is worthwhile to see a doctor. The reason for visiting a specialist may be the appearance of coarse or purulent discharge of their wound, through which the puncture was performed. 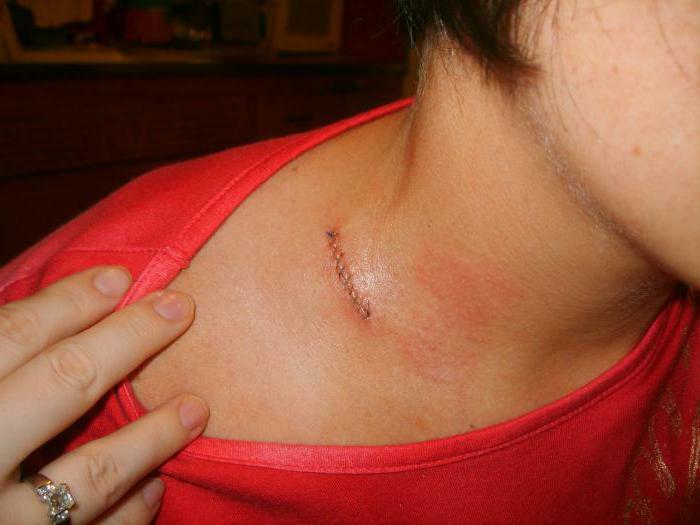 This procedure is considered to be practically safe and the simplest method of diagnosing many diseases and disorders in the human body. However, for the biopsy of the lymph node, the patient's agreement is required for such a surgical intervention. Also, with special care, you should choose a clinic and a doctor who will conduct the procedure. This will avoid the occurrence of undesirable consequences and complications.

Special attention should be paid to the reviews about the clinic where the lymph node biopsy is performed. It is better to choose those institutions that are characterized by former patients only on the positive side.