The most famous medical research institution in Ukraine is the Shalimov Institute, which has been operating in Kiev for over 35 years.

The name of Alexander Alekseevich Shalimov is well known to every Ukrainian surgeon. Coming from the Lipetsk region, Shalimov was not only an active member of many international surgical associations, but also a Hero of Ukraine, who founded a national surgical school.

This is the person to whom the definition of "made himself" fully fits. Alexander Alekseevich was one of 14 children in a large family peasant family. After accelerated training in the Kuban Medical Institute, a young surgeon went through the Patriotic War in the surgical hospital in the Chita region. He was not taken to the front for health reasons. Many people were already obliged to him by healing. 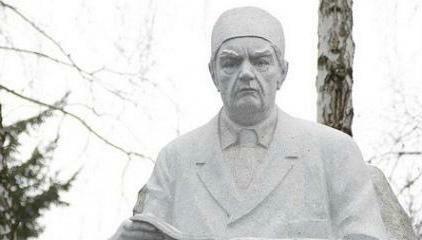 During his life, this man performed more than 40 thousand surgical interventions, developed the technology of many methods of surgical treatment. The first heart transplant operation in Ukraine was conducted under his leadership. He was recognized as the Person of the Planet in 1998.An outstanding surgeon died in 2006.Even during the life of the surgeon, the medical institution, which was given many years, was called simply the Shalimov Institute.

Friends and achievements of

Nikolai Amosov, one of the best thoracic surgeons in the world, was Shalimov's best friend and rival in the unofficial professional competition. Introducing new methods of surgical treatment, Shalimov was the first in the then USSR to perform a pancreas transplantation to a diabetic patient. He developed and implemented operational methods for the treatment of cancer, including the removal of a part of the liver.

Today Shalimov Institute continues the work of its founder, successfully curing various surgical pathologies. The institute does not have a specific surgical specialization, it provides effective care for people with various diseases.

What is being treated?

Today Shalimov Institute is the leading medical institution in Ukraine with a surgical profile, in which such departments function successfully:

- surgery of the gastrointestinal tract;

- surgery of the main vessels; 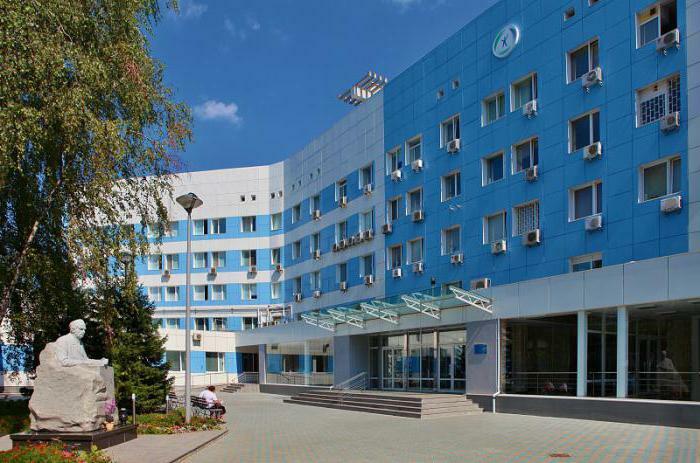 National InstituteShalimova has clinical laboratories that provide the full range of diagnostic manipulations. There are laboratories of biochemistry and bacteriology, endoscopy, pathomorphology and cytology, ultrasonic diagnostics.

The Department of Experimental Surgery is the most interesting in the institute. Hence the "birth" of new technologies and surgical techniques that save many lives later. The department is headed by the Honored Worker of Science and Technology of Ukraine, Doctor of Medical Sciences Yury A. Furmanov.

As you know, new techniques in our day can arise only at the intersection of science, which is glorious institution Shalimov. The testimonies of grateful patients say that they are here to help in the most intricate and non-standard cases.

It was here that the methods of seamless connection of living tissues, their electric welding, plasma welding for stopping bleeding were developed and tested. 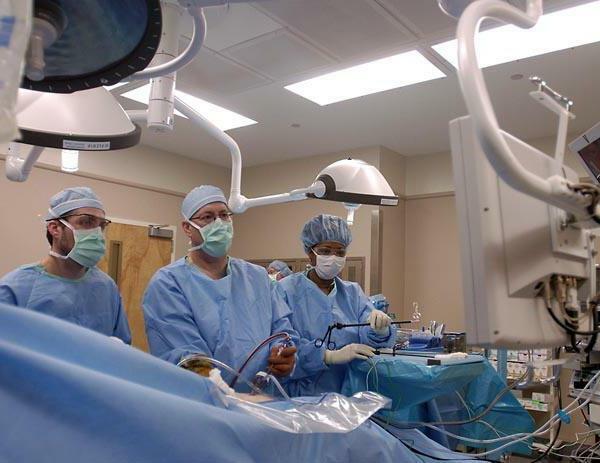 From Europe, doctors from the Shalimov Institute borrowed a comprehensive approach to the problem of transplantology. Here, for the first time in Ukraine, an electronic database of patients of the department of transplantology was created. The very concept of an "electronic card" has appeared. Upon admission, a file is entered for each patient, where all data on his examination and treatment are recorded. Anyone who has ever tried to find archival information about this or that surgical intervention appreciates the instant availability of information.

In addition, an organ transplant operation is carried out by a team of brigades consisting not only of surgeons, nurses and anesthetists, but also including technical specialists. This approach allows you to cope with medical problems of any complexity.

Practically all doctors of the Shalimov Institute have a scientific degree, and this greatly increases the overall level of professionalism of the clinic's staff. If colleagues have the opportunity to consult on complex medical and diagnostic issues with the authors of the methodologies, then the corresponding result is completely predictable.

Institute of Surgery and Transplantology im. Shalimova accepts her patients in a consultative polyclinic on working days from 8 to 16 hours. The speed of work of doctors meets the most stringent European criteria: all diagnostic procedures are performed on the day of treatment.

Naturally, the patient should be ready for diagnostic procedures. To inform patients, there is a registry and free hotline phone numbers, where specialists will answer all questions. 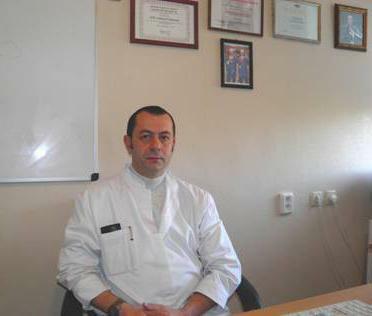 The candidates and doctors of medical sciences consult the patients, so the patient receives the verdict about his state of health first-hand.

Officially in Ukraine, it is recommended to use stem cells for treatment only in three states:

Shalimov Institute of Transplantology is one of 5 medical institutions that have official permission from the Ministry of Health of Ukraine to use stem cells for therapeutic purposes. Such permission was received by the institute in 2013, and since then the method has been successfully used.

Stem cells require extremely cautious and professionally justified application. The fact is that undifferentiated stem cells are able to "grow up" to cells of various organs with a strictly defined function, such as hepatocytes - liver cells, cardiac cells - heart cells or hematopoietic cells - cells that produce blood cells. 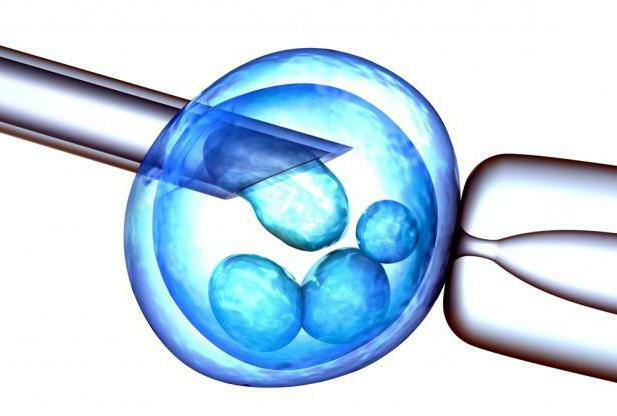 can cure the pancreas. Many people suffer from abdominal pain and digestive disorders caused by chronic inflammation of the pancreas or pancreatitis. This is especially evident after the holidays, when people overeat, washing down fatty food with alcohol. Experienced doctors of the "First Aid" always take such patients to the surgical department, because only surgical intervention can really help.

Kievans in this sense were more fortunate than others - they have the institute Shalimov, whose address: st. Heroes of Sevastopol, 30. Here we have an exceptional clinical experience in the treatment of pancreatic diseases. There is a whole department of pancreas surgery and reconstructive surgery of the bile ducts. This combination is not accidental. The fact that the most common cause of pancreatic diseases are gallstones, which fall out of the gallbladder and cover a tiny duct through which the secret of the pancreas is excreted into the intestine. Due to the fact that the duct is blocked, the pancreas swells with a secret, and at one point the gland of the gland does not burst. This leads to melting of the gland tissue with its subsequent death. Without prompt intervention, in this case a person may die.

This is not quite what the "plastic surgeon" associates with the layman. Here they are engaged not only in creating glamorous beauties, but also in replacing lost anatomical structures: muscles, joints, hands and feet.

The direction of the hand microsurgery is of great social importance, within the framework of which the limb replantation is performed. Defects or lack of brushes can be corrected in this compartment.

Genital injuries, the consequences of surgical removal of tumors, the consequences of burns, defects in limb development, auricles, vascular malformations of the head and neck, and lymphovenous insufficiency can be cardinally cured. The flap of the patient's own living tissue on the vascular pedicle in the hands of a skilled surgeon is able to create real miracles.

High technology forever "registered" here. The only thing that doctors complain about is the lack of medical equipment, but surgeons can not resolve this issue on their own.

Department of Endovascular Surgery and Angiography

The Shalimov Institute of Surgery saves lives of people suffering from heart and vascular diseases, as well as those who are transplanted to various organs.

Live tissues die because they stop receiving blood carrying oxygen. This occurs most often because of severe vasospasm, when there is almost no clearance, the blood can not "squeeze".An obstruction can also serve as a thrombus, atherosclerotic plaque or trauma, destruction of the vessel itself. 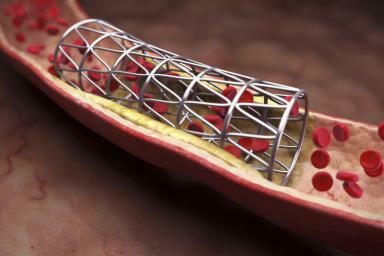 To save a person's life in this case, a stent or a thin metal frame, which does not allow the walls of the vessel to shrink. A thrombus or plaque located at the site of constriction is pre-crushed with a balloon, and the formed lumen is fixed with a stent. Metal construction does not care whether the person is nervous or not, experiencing physical overload or adrenaline rush - the stent holds the lumen firmly, and the blood supply goes normally.

So people with chronic diseases, for whom stenting is the only chance, live.

The Institute performs such unique operations as transplantation of a part of the liver from a living relative, removal of esophageal tumors, surgical treatment of obesity and much more.

They were divided almost equally: pro and con. After the death of Academician Shalimov, the Institute is going through hard times. The qualification of surgeons did not become worse, the administration changed. A team of unique specialists is managed by a person who has not only outstanding scientific achievements, but also a moral core. The situation in the institute heated up so much that the scandal went beyond the walls of a respected institution. The situation aggravates the fact that now the institute does not accept complex patients, "not to spoil the statistics" by lethal outcome.

It remains to be hoped that the institute will be guided by the enthusiast of his work someday, which will allow the clinic to return its former glory.