The clinic "Dignitas" - what is it?

Many people know of a term such as euthanasia, despite the fact that in Russia the implementation of this act is punishable by law. In our country it qualifies as murder. In Greek, the word means "good, good death."Euthanasia was introduced into medical practice as a tool that helps a fatally ill person experiencing unbearable pains, get rid of them by the method of cessation of life. For this purpose, a special drug or other remedy is used that guarantees a quick and painless death. There is also a form of euthanasia, such as passive, when doctors stop supporting therapy. 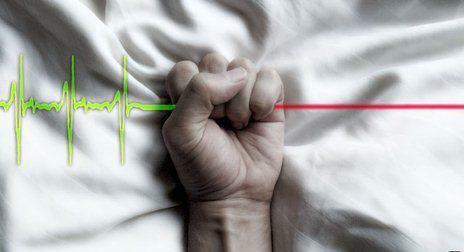 This is not an issue in this article. Many will think: what is the connection between "Dignitas"( what is it, it will soon become clear) and "good death"?Yes, the most direct. This can be seen right now.

Euthanasia: the laws of different countries and opinions of people

People refer to the issue of euthanasia in different ways. Some react sharply negatively, explaining this by saying that "God's will is for all".Others support euthanasia, believing that a person who wants to get rid of infernal pain because of an incurable disease has the full right to do so. Given that not everyone can commit suicide due to their physical or moral capabilities, there must be a person who will help him in this. And no doubt, this role is assigned to the doctor.

Euthanasia today is allowed in several countries. These are Albania, Belgium, the Netherlands and Switzerland. But in the latter country, not everything is so simple.

The name is translated from Latin as "dignity"."Dignitas" is a Swiss clinic, or rather a non-profit organization where people who have fatal illnesses or severe disabilities can benefit from an unusual service called "assisted suicide".That is, they receive a substance, after the reception of which they die, relieving themselves of torture. 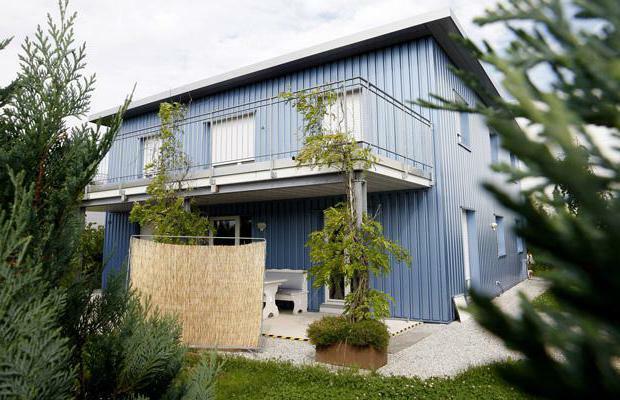 As such, euthanasia( with the participation of a physician) in Switzerland is not allowed, but assisted suicide is possible. At the same time, anyone wishing to settle accounts with life should undergo a survey from a psychiatrist who will give an opinion that the patient has actually made the decision on his own, in his right mind and bright memory. There must also be documented evidence that a person is actually incurably sick and suffering from this.

The founder of the clinic "Dignitas" and its relation to euthanasia

How did the institution "Dignitas" come about? What it is, we already know. But who is the founder of the "death clinic", and who does he think he is: a benefactor or an executioner? To everything immediately fell into place, it is worth saying that the director of this organization is a lawyer. Being "on you" with the laws of his country, he found the same loopholes, thanks to which the clinic has the right to exist.

"Dignitas" was opened in 1998.As it was already written above, this is a non-profit organization, that is, the goal of its existence is not to make profit. That's exactly what the lawyer and the owner of the clinic Ludwig Minelli used. Under the Swiss laws one person can help to leave a life to another if will do it disinterestedly. And, of course, with the consent of the second.

Swiss laws and the existence of the clinic "Dignitas"

Given all of the above, it can be concluded that the "abode of death" exists quite legally, and Minelli can not be brought to criminal responsibility, since everything is in order with the documents. But here another question is brewing: why this is for the lawyer? Is he really such a compassionate citizen? 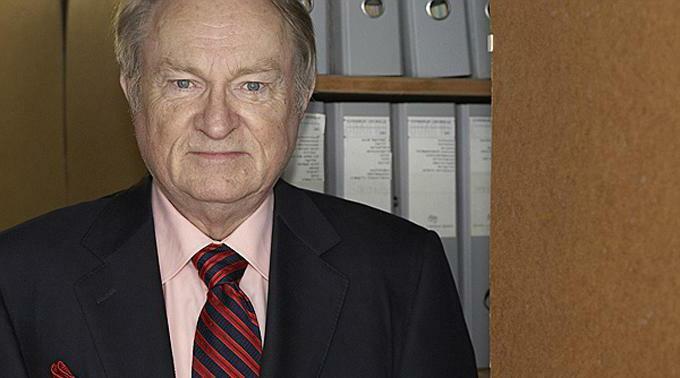 In fact, the clinic receives its income. The services here are in the range of 4-7 thousand euros. The clinic is still working because all the money received from mortally ill or "tired of life" people go to medical events, and sometimes even to organize funerals of former wards. However, those who once worked in the organization "Dignitas"( Switzerland), argue that sometimes decided on euthanasia patients include Minelli in his will. But this happens by its own free will. Therefore, there is nothing to show the director. Then he is a lawyer to organize everything correctly.

Minelli very rarely gives interviews. But in one of them he said that a person has the right to a worthy death. It's easy to guess that Minelli considers his "work" a good thing.

Beautiful suicide or a chance to escape?

In the question of who can say goodbye to their lives, there are also nuances. Euthanasia can be performed in a person who has incurable and severe diseases, paralysis and chronic pain of any etiology, and life for him is a continuous torment and the expectation of death. 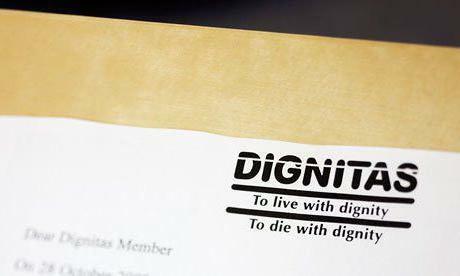 In "Dignitas", in fact, it turns out a little differently. A person can come to this clinic and say that he is tired of living, so he wants to die. At the same time, he was not diagnosed with any diseases. Most often these are women. Such people, as they say, just tired of living. Documentally, all these patients have severe mental disorders.

Several years ago, in an interview, Minelli said that his clinic in Switzerland( "Dignitas") would help commit suicide to a completely healthy woman. Of course, a flurry of criticism fell upon his head, from which the director himself only brushed aside. He said that suicide should be available not only to those who suffer from physical, but also from spiritual pain. And this woman decided to leave her life with her husband, dying of an incurable disease, since she does not see the meaning of her future existence without her beloved person.

Clinic "Dignitas" - the initiator of "death tourism" in Switzerland

Few people know about the existence of such a thing as "eutotourism".We can say that it came about thanks to Switzerland. The clinic "Dignitas" is located in Zurich, one of the most popular tourist cities in the country. But for some time now this popularity has become "black". 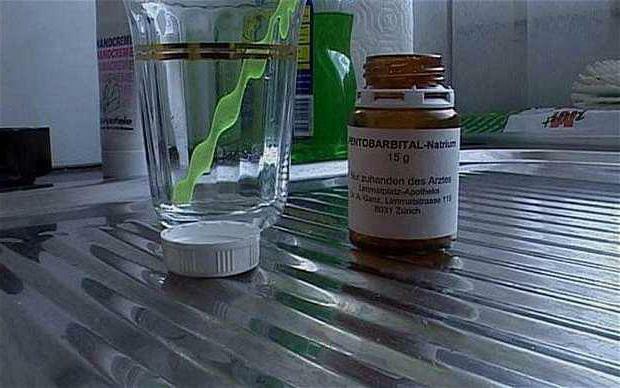 10 years ago, data began to appear that Switzerland is becoming the most popular country in Europe, which is chosen precisely thanks to a new direction called "death tourism".Here we can not exclude the role of "Dignitas", because there are not so many similar establishments. Add to this the loyal attitude of the Swiss laws to the seriously ill and paralyzed people, and as a result there will be complete impunity for such as Minelli.

The formation of the "death tourism" served as the reason for the closure of the clinic "Dignitas", a photo of which can be seen in this article. But for this it is necessary to develop a number of relevant bills. It's been 7 years since the discussion of this issue, and the case with the dead point has not moved. In the meantime, avtotourism continues to flourish.

In 2010, the media reported that 20% of those who went through euthanasia in the clinic "Dignitas" did not have anything lethal, but in general no diseases. They were completely healthy in all respects people. 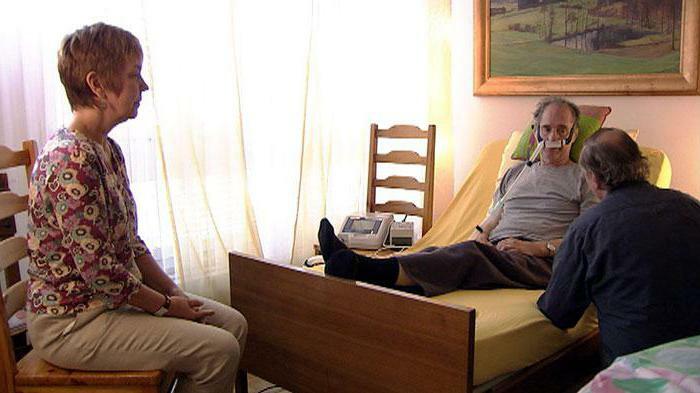 All the death certificates that were given to former patients of the clinic "Dignitas" were studied. What it is? Why could a person get euthanasia while being absolutely healthy? Researchers have not been able to understand this, because 16% of the documents did not contain information about the existing disease. According to some sources, these people simply stopped loving life. Among them are atheists and divorced, well-educated and profitable citizens. Most of them are women.

Will the "abode of death" be closed?

While small loopholes will not be covered by the relevant bill, the state will not be able to take any action to close the clinic where euthanasia is possible."Dignitas" to date is a notorious institution, whose activities raise certain doubts in terms of legality. But, again, the clinic was going to close in 2009, and now it is coming to the end of 2016.Therefore, it is not even possible to guess when this organization will be closed and deprive it of the right to operate in general.