Liniment of synthomycin: instructions for use, reviews

In modern medicine, a drug known as the liniment of synthomycin is very often used. The instructions for using the ointment are quite simple, and the responses about the medicine leave positive. Nevertheless, patients are interested in additional information about this drug. For example, what composition of the preparation "Liniment of synthomycin", its application in dermatology and other branches of medicine, the possible risks associated with therapy - these are all very interesting and important issues. The answers to them will be useful to every reader. 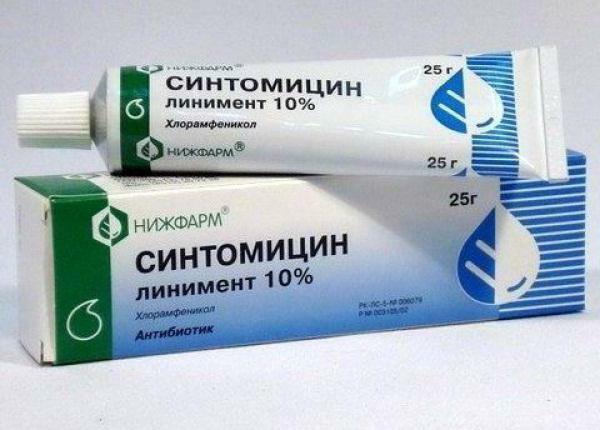 Synthomycin ointment belongs to the group of local antibiotics. The preparation is available in the form of a liniment of white color, sometimes with a weak yellow tint. There is a weak specific smell. In the pharmacy you can buy the drug in an aluminum tube.

The main active component of the drug is chloramphenicol - 1 g of ointment contains 50 mg of this substance. Of course, other components are present in the composition, including stearyl alcohol, castor oil, cetyl alcohol, sorbic acid, water and carboxymethylcellulose.

How does the drug work? Description of pharmacological properties of

Chloramphenicol belongs to the group of antibiotics of a wide range of effects. It provides bacteriostatic effect - it has a harmful effect on certain proteins of the cell membrane of the bacterium, due to which microorganisms lose their ability to reproduce and actively live. The antibiotic is active against a variety of strains of staphylococci, streptococci, as well as E. coli, salmonella, rickettsia, spirochetes and many other pathogenic bacteria.

To date, there is no data on the amount in which the active substance of the ointment enters the systemic circulation and affects the body.

Ointment "Liniment synthomycin": use in medicine 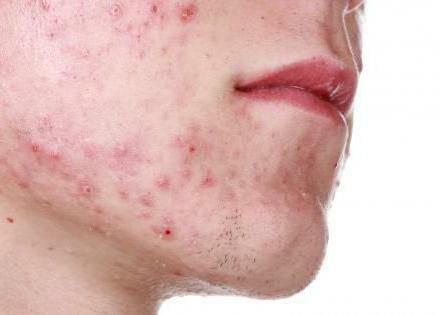 This tool is used in dermatology for the treatment of various diseases. So in which cases is it expedient to use the "Shintomycin"( liniment) ointment? What helps the remedy? The indications for the therapy are as follows:

"Synthomycin"( liniment 10%, ointment): Instruction for use 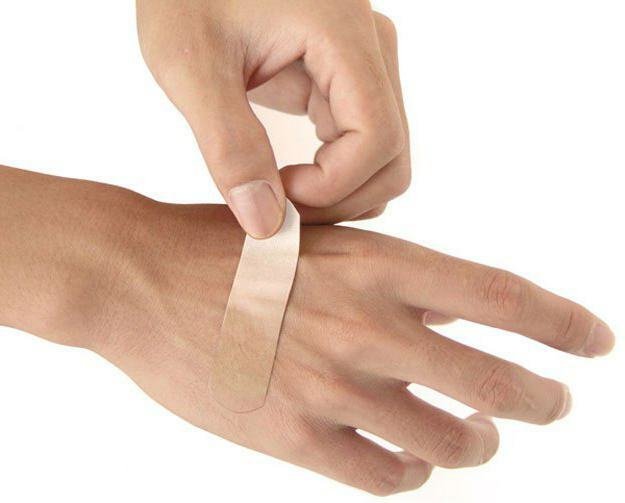 Naturally, first of all patients are interested in questions about how to correctly apply the drug. Immediately it is worthwhile to say that only a doctor can prescribe "Liniment of sintomycin"( ointment).The instructions for use are for general reference only.

According to reviews, in most cases, patients are advised to apply a small amount of ointment directly to the affected areas of the skin. To achieve maximum effect, the drug is applied to the gauze swab, and then it is applied to the focus of inflammation( or damage).From above, the tampon can be covered with compress or parchment paper and apply a bandage. Change the compress every 1-3 days. As a rule, the effect of the ointment can be noticed after 2-3 days after the start of therapy.

Features of application during pregnancy and lactation 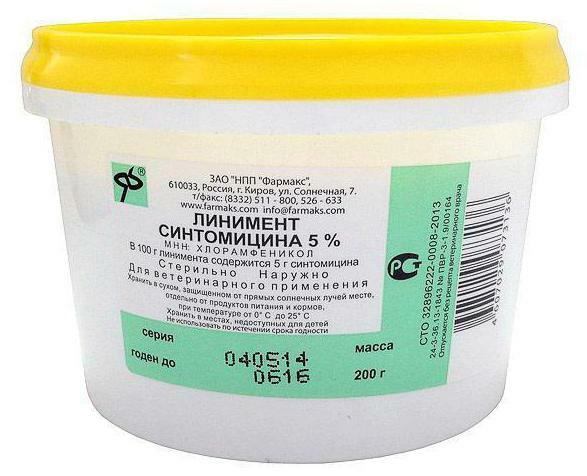 The period of bearing a child is the time when a woman needs to carefully monitor her health. Is it possible to use the medicinal ointment "Synthomycin"( liniment) during pregnancy? The instructions for use contain information that the drug is prescribed only if the expected benefit to the mother is greater than the potential risk to the fetus. The fact is that the study of the drug on this group of patients was not carried out. On the other hand, serious side effects were also not recorded.

As mentioned, sintomycin ointment helps with nipple cracks, which often occur during breastfeeding. Active substances practically do not penetrate into the blood, as well as into breast milk, therefore, on the background of treatment, the termination of the infant's feeding is not required. But some precaution should be observed when using the drug "Liniment synthomycin".Instructions for use is as follows:

As testimonies testify, soreness disappears already on 2-5 day after the beginning of therapy. Cracks disappear relatively quickly, and the life of a nursing mother becomes much more comfortable.

Are there any contraindications to the treatment? 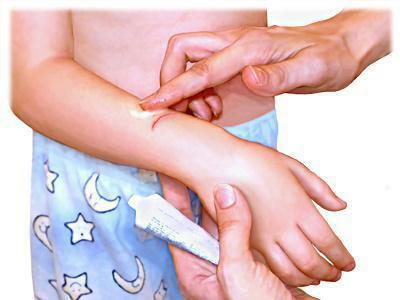 Certainly, this drug has a lot of advantages. But is it possible for all patients to use liniment synthomycin? Instructions for use suggest that some restrictions to the treatment are still available.

To begin with it is worth saying that ointment is not prescribed to patients who have an increased sensitivity to any of the components of the drug. That's why before the start of therapy you need to make a small test for the presence of allergies, as well as familiarize yourself with the list of constituent components.

The drug is not used to treat eczema. She can not handle skin lesions affected by psoriasis. Since the drug is active only against bacteria, its use for the treatment of fungal skin diseases does not make sense.

Contraindications include some systemic diseases, including severe forms of hepatic and renal failure, as well as acute intermittent porphyria, disorders of hematopoiesis in the bone marrow, deficiency of glucose-6-phosphate dehydrogenase.

Does synthomycin line the children? In fact, children's age is a relative contraindication. The use of the drug in this case is possible, but only on the advice of a doctor. It is important to constantly monitor the child's condition and not exceed the dose prescribed by a specialist.

Are there any complications that a patient may encounter when undergoing therapy with an ointment such as liniment synthomycin? The instructions for use contain information that some adverse reactions are possible, and to some extent they are associated with allergic sensitivity.

Sometimes on the treated skin areas there is a small rash or even hives. Side effects include puffiness of the skin, severe itching, redness.

In addition, similar antibacterial agents can lead to sensitization of skin tissue - in the future the skin becomes hypersensitive to this kind of drugs.

As is known, often for a disease a patient requires complex therapy - for a quick and complete cure, it may not be enough to use just one "Synthomycin" ointment( liniment).The instructions for use contain some information about the possible interaction with other medicines.

At simultaneous admission with drugs containing nystatin, erythromycin, levorin and oleandomycin, an increase in the antibacterial activity of liniment is observed. But taking medications containing benzylpenicillin salts with ointment, on the contrary, becomes less pronounced.

It is forbidden to use liniment along with medicines that contain diphenyl, sulfonamides and pyrazolone derivatives. The drug is incompatible with cytostatics and barbiturates. During therapy, it is not recommended to drink alcohol or drugs containing ethanol.

Is overdose possible with the preparation "Synthomycin, liniment 10%"?Instructions for use contain information that the use of too large amounts of ointment( especially if you need to handle large areas of the skin) can lead to an aggravation of side effects. Allergic reactions become more pronounced, and their symptoms are more severe( occasionally the use of the drug leads to the development of anaphylactic shock).In such cases, the doctor prescribes symptomatic treatment, which depends on the appearance of violations.

Reviews of patients and doctors about the 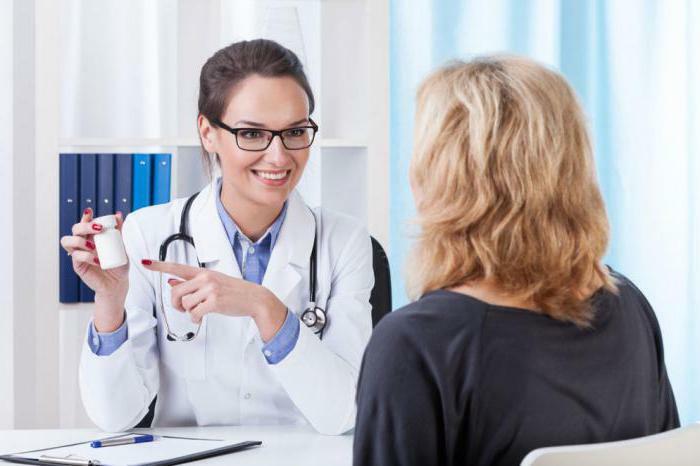 facility. The instruction provides data from various studies. But what do the patients themselves think about such a drug as sintomycin liniment( ointment)?The feedback of people who have already completed therapy is mostly positive. This medicine is very simple to apply, and the results appear after a few days - the inflammatory process begins to fade, tenderness, redness and swelling disappear. The undoubted advantage is also the relatively low cost, because the synthomycin ointment is very little, especially if you compare the price with more modern analogues.