Analogues of "Mesatone" in Russia: list, description and instructions for use

In surgery and ophthalmology, until recently, the inexpensive Mesaton drug of Ukrainian origin was widely used. Now his supplies to Russia are stopped. Domestic manufacturers offer analogues of "Mesatone", which are mainly used in the form of drops for the nose and eyes. The choice of these in pharmacies is quite large and varied.

About the preparation of "Mesaton"

So, "Mesaton": instructions for use, analogs, we will consider everything in order. The active substance of the drug is phenylephrine. When ingested, it narrows the blood vessels, increases the heart rate, expands the bronchi, increases blood pressure. 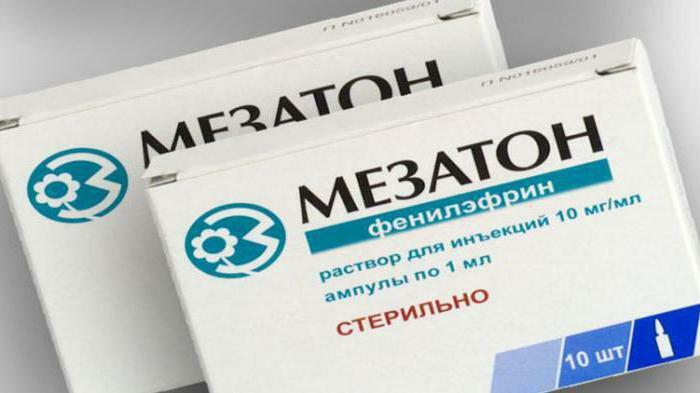 It is used for collapse, shock conditions, blood loss, high blood pressure, intoxications, tachycardia. Also, the drug is used before performing operations with spinal anesthesia, in ophthalmology for pupil dilatation, in otolaryngology with rhinitis. Produced in ampoules, tablets, in the form of eye drops. Depending on the indications the drug is administered intravenously or intramuscularly, subcutaneously, orally, topically."Mesaton" has contraindications: atherosclerosis, hypertension, myocarditis. Take care with hyperthyroidism, vascular spasms, people of advanced age. Possible side effects are headache and nausea. Previously, this drug was actively used in domestic medicine. Now, due to his absence in Russian pharmacies, analogues of "Mesatone" are used, mainly in the form of drops for the eyes and nose.

Available in the form of a white powder, for intramuscular or intravenous administration diluted with water for injection. For the drug "Mesatone" analogs in ampoules are not so numerous, since basically it is used in the form of drops in the nose or eyes, cases of its injection are rare. Indications for use: acute arterial hypotension, vascular insufficiency, shock conditions( traumatic, toxic), local anesthesia( to reduce blood flow).It is forbidden to inject phenylephrine hydrochloride with arterial hypertension, cardiomyopathy, heart failure, atherosclerosis, cerebral arteries. In pregnancy, the drug can be administered only in extreme cases. The same applies to the lactation period. 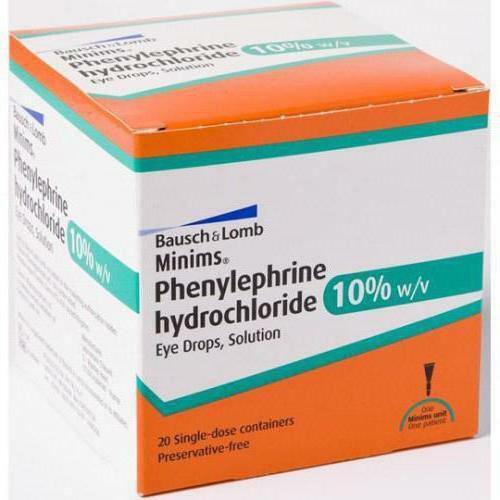 During treatment, it is necessary to monitor blood pressure and heart function. There are preparations for injections, similar in properties to "Mesaton".Analogues in ampoules have other active substances, but similar effect on the body - ephedrine hydrochloride, adrenaline, noradrenaline.

This is an analogue of "Mesaton" in Russia in terms of ophthalmology. The composition includes phenylephrine hydrochloride and auxiliary components. When it acts, the pupil dilator is dilated( muscle-expander) and smooth muscles of the conjunctiva. As a result, the pupils expand. The effect occurs within an hour, and lasts from two to seven hours, depending on the percentage of phenylephrine( 2.5% or 10%)."Irifrin" is used when:

Contraindications and side effects of "Irifrin"

Like Mesaton, the analogs have their contraindications, for "Irifrin" it is: 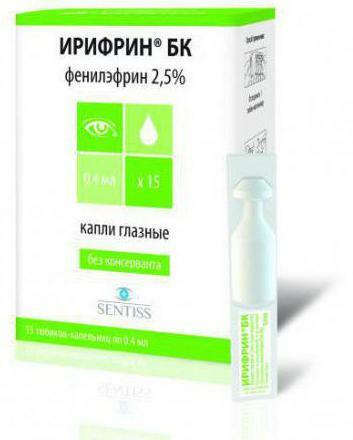 The following side effects of the drug may occur:

There are other analogues of "Mezaton" among eye drops, for example "Vistosan".Since its active ingredient is phenylephrine, the drug has the same effect when used, causing a dilated pupil. Pharmacological action is similar to "Irifrin".Half an hour after hitting the eye in the moisture of the anterior chamber, parts of the iris pigment can be observed.

Indicated for iridotsiklitah, diagnosis of diseases, suspicion of glaucoma. A 10% solution is used to dilate the pupil in preparation for surgery, laser surgery and the treatment of glaucoma-cyclical crises. A 2.5% solution is treated with the "red eye" syndrome.

Contraindicated in allergies, glaucoma( narrow-angle or zakratougolnoy), violations of the cardiovascular system, hyperthyroidism, hepatic porphyria. It is undesirable to use people of advanced age. A solution of 10% is not used for children under 12 years old, 2.5% - with a reduced body weight. It is not desirable to use during pregnancy and lactation.

Another ophthalmologic analogue of "Mesaton" in Russia is "Neosinetrine-POS".The active ingredient is phenylephrine hydrochloride. Available in the form of 5% and 10% solutions of drops for the eyes. To diagnose the diseases, the dose of the drug used is 1 drop of 5% solution, after an hour, repetition is allowed for a longer effect. If the pupil is dilated enough, 10% solution is allowed. 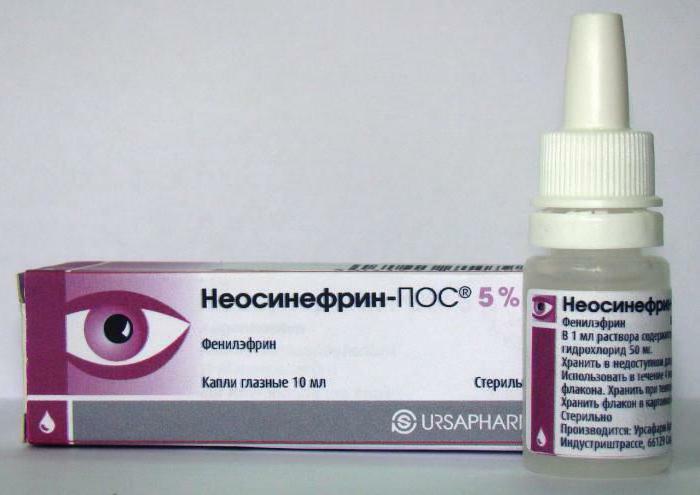 Overdose may cause nervousness, sweating, dizziness, tachycardia, vomiting, a sense of anxiety. Pharmacological properties are the same as in analogues containing fenidephrine.

The Russian analogue of "Mezaton" in the treatment of the common cold is "Adrianol".The form of release - nasal drops of plastic bottles-droppers. Active components are tramazoline hydrochloride and phenylephrine hydrochloride. Has a vasoconstrictive and anti-edema effect on the nasal mucosa when applied topically. As a result, nasal breathing is facilitated, pressure in the middle ear and sinuses of the nose decreases. Due to the viscous consistency has a long action. It is indicated for use in acute and chronic rhinitis, sinusitis, and also as an auxiliary preparation for operations and diagnosis for the removal of edema. 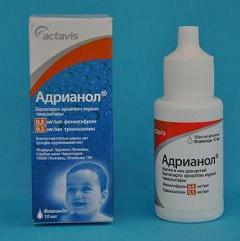 Contraindications: hypersensitivity to components, glaucoma, kidney disease, arterial hypertension, thyrotoxicosis, atherosclerosis, cardiac ischemia, pheochromocytoma, atrophic rhinitis. Apply 1-3 drops 4 times a day to adults, children from one to five years - 2 drops 3 times a day. The duration of the course is not more than seven days. Rarely occur side effects in the form of burning and dry mucous.

Other components eliminate discomfort, moisturize the mucous membrane, have an anti-inflammatory effect. It is prescribed for the common cold, infections in the upper respiratory tract, for colds and flu, allergic rhinitis, sinusitis."Nazole Kids" is available in the form of a spray, the allowable dosage is 2-3 sprays every 4 hours. It is used for children from the age of six.

Analogues and substitutes are produced for "Mezaton" preparation even for infants. This "Nazol Baby" in the form of drops for the nose with active substance phenylephrine in 0.125% solution. This content of the component provides safety for the delicate mucous toddler. 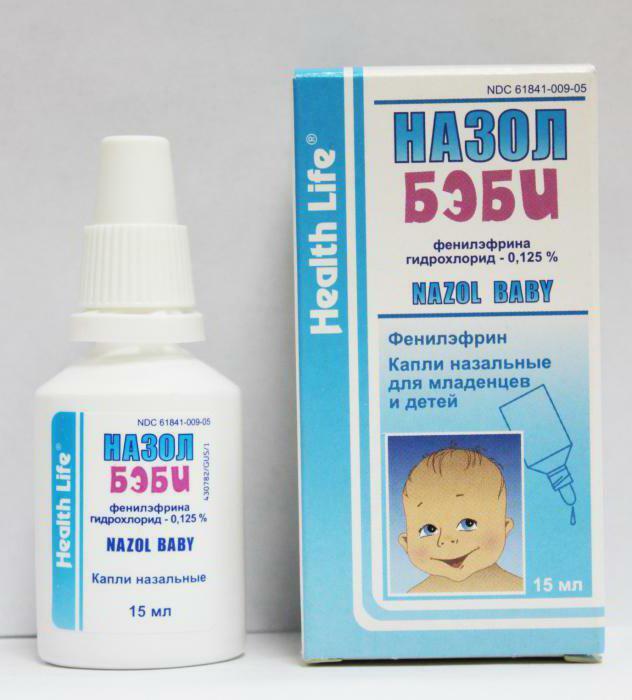 In the first year of life the drug is applied 1 drop every 6 hours. For children from 1 year to 6, the dose increases - 2 drops every 5 hours. Duration of the course is no more than three days. Contraindicated use of women during pregnancy and lactation. This is the most convenient and safe for the drug "Mesaton" analogs. The price in pharmacies is within 200 rubles.

One-component preparation "Mesaton" analogs went around in the field of use. Medicines containing phenylephrine in combination with other active substances are used during colds and influenza to eliminate the characteristic symptoms. So, for example, "Maksikold", is issued in the form of tablets or powder for the preparation of a solution taken orally. 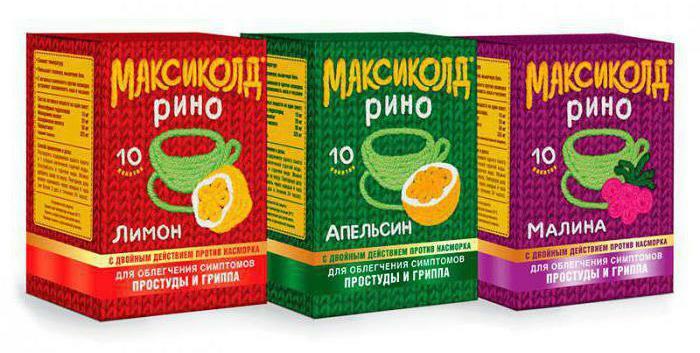 Active ingredients are phenylephrine hydrochloride, paracetamol and ascorbic acid. It is used for chills, fever, nasal congestion, headache and muscle pain for colds. Other similar preparations of the Russian production are Prostudox, Feniprex-C, Flukomp.