Many diseases can be diagnosed by the level of hemoglobin in a blood test. The substance is responsible for supplying oxygen to all tissues and organs. With its shortage, iron deficiency anemia develops, characterized by unpleasant symptoms. In this case, the patient must take pills to raise hemoglobin and observe a special diet. Let's consider more in detail popular preparations and features of their application.

Hemoglobin - what is it?

Iron-deficient protein, which has a complex structure and is responsible for the movement of oxygen through the body, is called hemoglobin. It acts as a pigment of erythrocytes and directly affects the color of the blood. Hemoglobin is a vital substance supporting the processes occurring in the body. 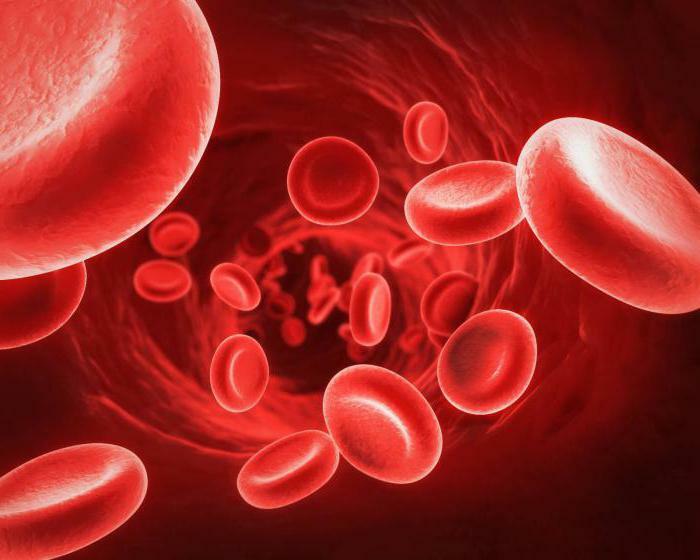 The lack of iron, which is part of hemoglobin, negatively affects the state of human health. Usually there are such symptoms as dizziness, pale skin, deterioration of the hair and nails. The patient feels fast fatigue, weakness, fainting. Iron deficiency anemia can cause bleeding during labor or menstruation.

To eliminate this pathological phenomenon, doctors recommend taking pills( iron-containing) to raise hemoglobin. This is the most effective way of replenishing the lack of iron in the blood. Pharmaceutical industry offers a huge number of mono- and multicomponent drugs to improve the condition of patients suffering from iron deficiency anemia. Prescribe drug therapy after establishing the true cause of the pathology.

Low hemoglobin: what is the reason?

In the body there is a small amount of iron, which takes part in the most important functional processes. Given that the system spends a certain amount of this element daily, it is necessary to constantly replenish its stock. Otherwise, anemia develops. To the reasons that can cause such ailment, include:

Treatment should begin with the elimination of factors that are the cause of the pathology. It will also be necessary to adjust the diet and take special iron-containing medications.

It is almost impossible to eliminate anemia with a single diet. In most cases, doctors recommend medication. Preparations( syrups, tablets) containing iron for raising hemoglobin are taken at least 2 months. They are prescribed without fail for any type of anemia. Before starting drug treatment with preparations containing iron ions, the patient should undergo a screening. 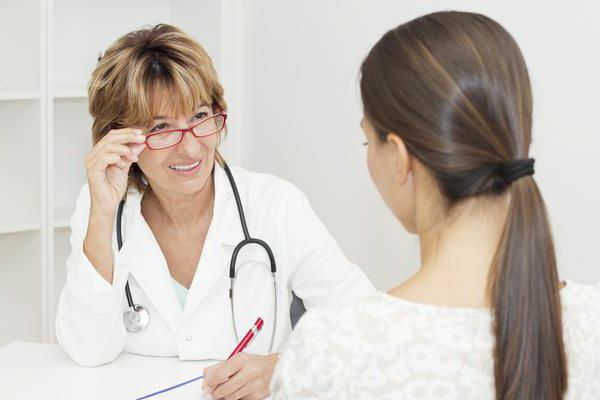 In medicines, iron is contained in a two- or three-valent form. The first are absorbed in the gastrointestinal tract better. Strengthen the process of absorption of certain substances that come simultaneously with the drugs in the stomach. These include amber and ascorbic acid, fructose.

Most physicians prescribe iron-containing medications for oral use. Dosage should be calculated strictly individually, based on the weight of the patient and the individual characteristics of the body.

In the case of reduced absorption of iron in the digestive tract, parenteral administration of the drugs is indicated. In this case, there may be side effects.

Anemia medication can only be prescribed by a specialist. The patient, in turn, must strictly adhere to the recommendations and the scheme of taking the drug. It should be borne in mind that such therapy is often accompanied by side effects in the form of nausea, vomiting, abdominal pain.

For preparations containing ferrous iron, include:

Iron in the preparation should be 80-160 mg. Higher dosages can cause a negative effect on the body.

Trefvalent iron preparations are considered more effective. They are released in the form of injections, chewable tablets and syrups. Forms intended for oral administration have low bioavailability, so they should be applied for a long time. Ferric iron contains such drugs as "Ferrum lek", "Maltofer", "Cosmofer", "Venofer", "Zhekttofer".

The drug "Tardiferon" is produced by the French pharmaceutical company. Tablets for lifting hemoglobin have in the composition of ferrous sulfate in a dosage of 80 mg. As auxiliary components, ascorbic acid, potato starch, methacrylic acid-methacrylate copolymer, castor oil hydrolysed, magnesium trisilicate, povidone and talc are used. Mucoproteosis, also included in the composition, improves the tolerability of the medication. 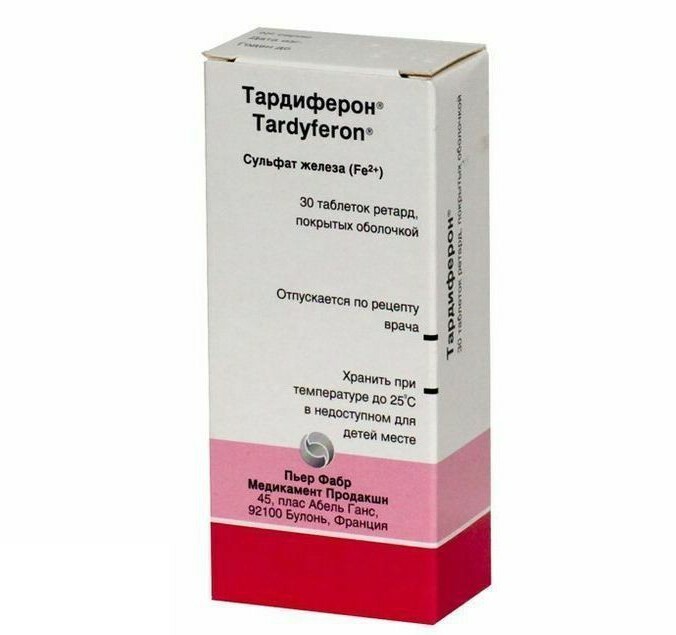 According to the instructions the preparation has a prolonged action. Tablets can be prescribed for both treatment and prevention of iron deficiency. Indications for use are pathologies that cause a decrease in hemoglobin, unbalanced nutrition, pregnancy, impaired iron absorption.

Iron preparation is not prescribed in case of intolerance of one of the components contained in its composition. The following conditions also serve as contraindications:

No treatment for anemia in children under 6 years of age. Tablets can cause an allergic reaction in case of impaired absorption and the process of excretion of iron from the body. Most of the side effects are manifested by the digestive system. Patients begin to complain of abdominal pain, nausea, constipation and diarrhea.

Tablets with iron to raise hemoglobin instruction recommends taking while eating. Children older than 6 years should drink 1 tablet( per day) and wash down with liquid. Adults and children over 10 years of age are prescribed 1-2 tablets of "Tardiferon" per day. Exceeding the dosage is highly undesirable. Tablets with iron can not be chewed.

The duration of treatment will depend on the hemoglobin level in the patient's blood. Usually, you can restore normal values ​​after 3-4 months of treatment. In some cases, the course is extended to six months or more.

What can I get pregnant?

Iron deficiency anemia is observed in many expectant mothers. The parameters of hemoglobin usually begin to fall in the second trimester. At a rate of 110-130 g / l, the level drops to 90 g / l. It is at this time that you should begin medication therapy. In this case, the drug should be selected by a gynecologist. 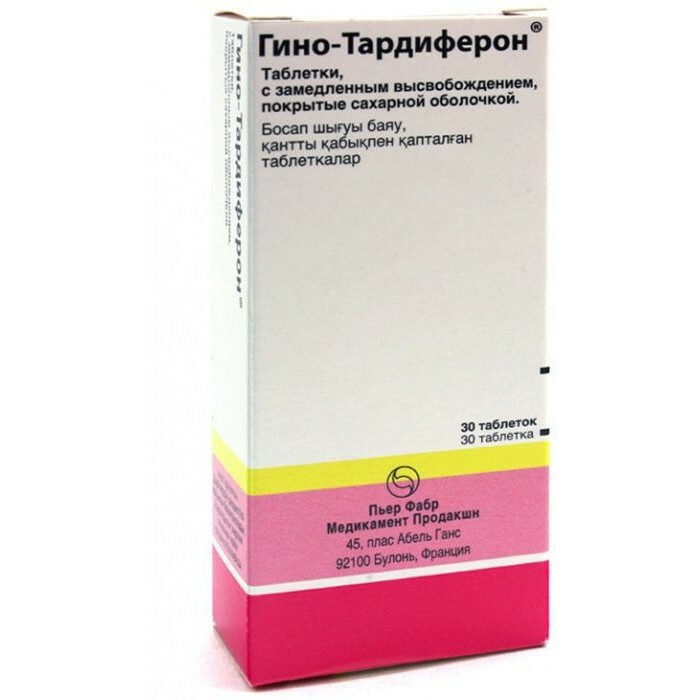 Do not worry about the safety of such medications. Correctly selected tablets to raise hemoglobin during pregnancy will be extremely beneficial for both mother and baby. Most often in such cases, doctors recommend taking the drug "Sorbifer".It contains iron sulfate and ascorbic acid for better assimilation of the element. Another effective drug - "Gino-Tardiferon" - consists of iron and folic acid.

Anemia caused by iron deficiency poses a danger both for the future mother and the baby. A pathological condition can lead to problems with fetal pregnancy, premature placental abruption, bleeding. To prevent the development of such situations, it is necessary to monitor the hemoglobin content in the blood throughout pregnancy.

At the slightest deviations from the norm, the future mother is prescribed special preparations. One of the most effective and safe are the tablets to raise the hemoglobin "Sorbifer"( Hungary).They are prescribed to women in the second and third trimester of pregnancy. 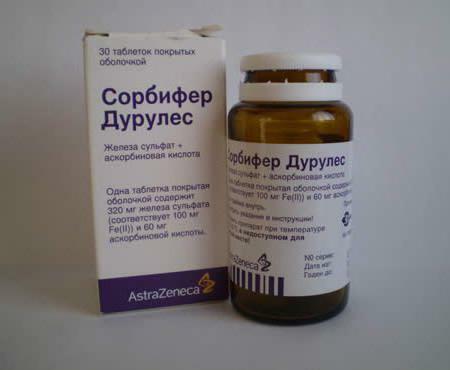 One tablet contains 100 mg of ferrous sulfate and 60 mg of ascorbic acid. According to the reviews, a high dose of the active ingredient in combination with ascorbic can quickly restore the normal level of hemoglobin. With a properly prescribed treatment regimen, the patient's condition begins to improve already at 3-4 weeks after initiation of therapy.

Many doctors say that these are the best pills for raising hemoglobin. If it is necessary to prevent iron deficiency, patients over 12 years of age are prescribed 1 tablet of the drug "Sorbifer".For the treatment of anemia, the dose is increased to 2 tablets per day. Take the medicine should be at least half an hour before meals. Wash the tablets with clean water.

In the period of pregnancy "Sorbifer Durules" it is recommended to take 1 tablet. During lactation, the dose can be doubled. What tablets for lifting hemoglobin will suit children?

Babies are at risk and also suffer from a decreased level of hemoglobin. This may be due to the peculiarities of nutrition, for example, if a child consumes only vegetable food. Anemia is often diagnosed in children who were born before the prescribed time. For normal development and growth, children are required to prescribe funds for raising hemoglobin. 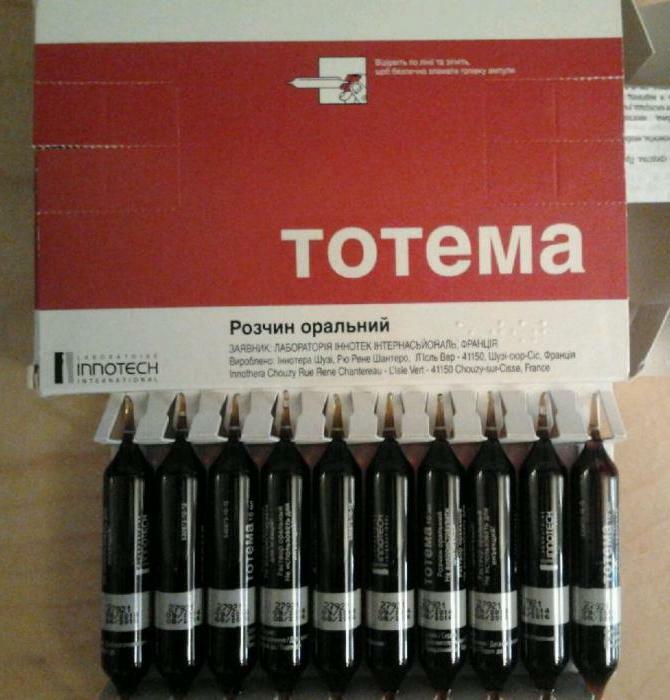 Parents often ask specialists how to treat anemia correctly and what tablets can be given to give a child to raise hemoglobin. For young children, preparations are preferably given in the form of a syrup or solution. These drugs include "Ferronal", "Ferrum Lek", "Totem".

With the help of special preparations with anemia it is possible to cope quickly enough. It should be borne in mind that the dosage and duration of treatment of the baby with iron-containing drugs is determined by the doctor.

"Ferrum Lek": what kind of tool? 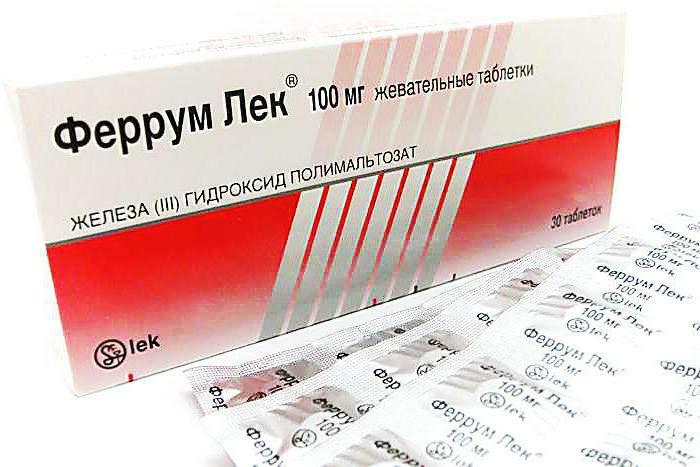 The duration of medication depends only on the severity of the anemia. The drug in the form of syrup can be given to babies from birth. According to the instructions, the dosage should not exceed 5 ml per day. Children older than a year increase the dose to 10 ml( 2 measuring spoons).

Intravenous or intramuscular injection of an iron preparation is indicated only when the patient can not take it orally. Adult patients are shown to administer 1 ampoule of the drug per day. For children, the dose is adjusted by the doctor.

The tablets for raising hemoglobin "Ferrum Lek" are intended for chewing. They should be taken for 2-3 pcs.in a day. The course of therapy is 3-6 months. It is recommended to monitor the level of hemoglobin during treatment.