Without sweet delicacies, life becomes gray and sad, the mood falls, and the character begins to deteriorate. But the figure is lost in many ways thanks to seductive baking! To remain attractive outwardly and not to lose sympathy of associates because of the acquired irritability, we suggest sometimes pampering yourself, preparing a dietary cheesecake. In its original version, this treat is considered almost the most caloric of cakes. However, if you deviate a little from the standard recipe and show a little imagination with ingenuity, the risk of adding unnecessary kilograms will decrease several times. 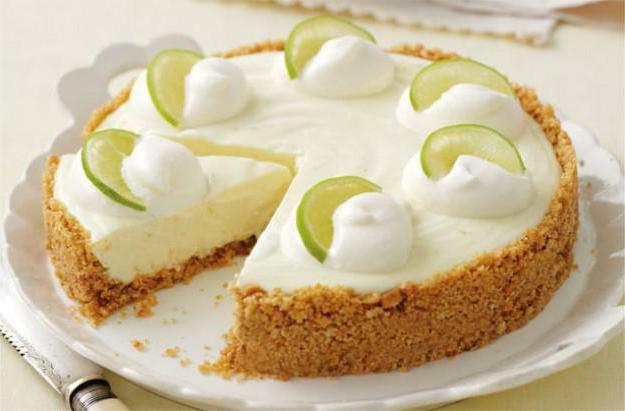 To begin with, consider a low-calorie cheesecake dietary, the recipe of which is as close as possible to the beloved one. A good egg is beaten, two spoons of flour made from oat bran are introduced into it, and curd is soft and necessarily fat-free. All this is mixed with the addition of a third of a spoon of baking powder. If desired, you can add a spoon of dietary cocoa. The dough is finely distributed on a silicone mold( without any oil! And so it will not stick), which for a dozen minutes is removed into the oven. During this time, you just have time to dissolve 20 grams of gelatin in half a glass of milk, and he - to swell. For flavor, you can enter a little bit of lemon juice and vanilla. The mixture is heated until gelatin dissolves and mixes with 150 grams of cream-like cottage cheese with zero fat content and sugar substitute. The resulting mass is poured onto the cooled cake, and the diet cheesecake is placed in the refrigerator. It will seize it in a couple of hours, but to gain the desired density, it is better to keep the dish in the coolness the whole night. 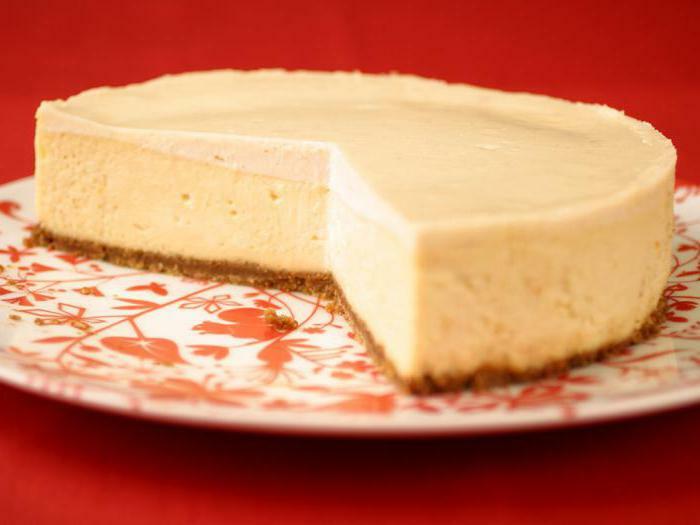 For those who do not want to mess with the stove, we can offer a diet cheesecake without baking. Wait until you still have until the morning, but there really is less of a fuss. Five spoons of freshly squeezed lemon juice are mixed with an equal amount of water;In this composition, nine grams of gelatin is soaked. After about five minutes, the liquid heats up when the gelatin is dissolved - cooled. Separately whipped half a glass of natural low-fat yogurt with three tablespoons of liquid honey and a packet( 200 g) of cottage cheese( remember that it is taken fat-free).Both masses are combined, finally, very carefully injected whipped to foam two proteins. The bottom of the mold is laid with fruit berries, the mixture pours out from above - and into the cold.

The following dietary cheesecake as a basis contains grams of one hundred low-calorie loaves such as "Dr. Corner".They crumble directly with their hands and mix with two eggs. When they are distributed evenly, the mixture is passed through a blender, laid out in a mold and baked for a quarter of an hour at a standard temperature of 180 Celsius. For the filling, four proteins are beaten to a persistent foam, then a sweetener is added( preferably liquid, like an extract of stevia) and only then - a little more than a pound of cottage cheese. Gelatin is prepared according to instructions and is introduced into the mass. It is placed on the finished cake, which is sent to the oven for a third of an hour. Cool down dietary cheesecake should be right there, with the door ajar. So you will avoid it cracking.

Here for the cake is taken 10 grams of oatmeal cookies, its crumb is mixed with the beaten egg;from the received "test" the cake is formed and baked for 10 minutes.600 grams of curd are mixed with two tablespoons of fructose, blueberries are poured( about 400 g, you can more), the last one is injected foam 10 proteins. The filling is laid out on the base, and the collected dietary cheesecake returns to the stove somewhere for half an hour. After cooling it should be at least 2 hours to stand in the refrigerator - to get a dense structure of the filling. 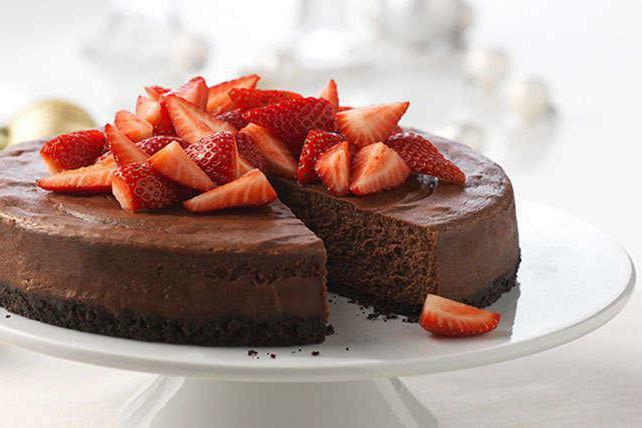 Many sweets without chocolate do not bring much joy. And he, as is known, does not belong to low-calorie products. However, there is a way out: replace the ready-made cocoa chocolate without sugar. The latter among the components should not be at all: it is replaced by a sweetener, in the quality of which fructose is used.

First prepare the basis for a dietary cheesecake. A glass of wholemeal flour is mixed with four tablespoons of cocoa and two fructose. Two large eggs are hammered into the mass. Dough is brought to smoothness and distributed in a form. The cake is removed to the oven, heated to the standard for baking 180 Celsius, for a third of an hour.

For filling from four eggs, proteins are separated and whipped into a dense mass, until persistent peaks. It is gently mixed with 600 grams of fat-free cottage cheese, along with two more spoons of sugar substitute and the same amount of cocoa. The filling is laid out on the cake, and the delicacy again returns to the stove, again for 20 minutes. 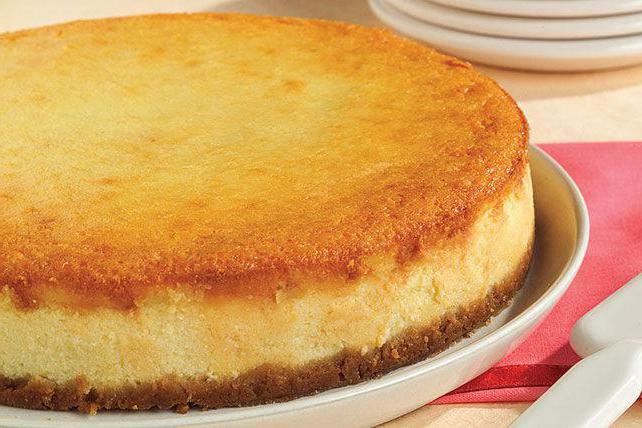 Very beautiful and tasty berry dietary cheesecake made of cottage cheese, built in layers. Korzhik for him is done quickly: half a glass of oat flakes are passed through the blender( you can through a meat grinder, but several times), combine with two eggs and a sweetener - you get a dough distributed in the form and sent to the oven for 10-15 minutes. By the way, the author of the recipe as a sweetener suggests using stevia, but you can take one to which you are accustomed.

While the cake is cooling down, according to all the rules of the instruction, a 20 gram bag of gelatin is dissolved: it dissolves, is heated, cooled down. Three quarters of the resulting liquid is mixed with 800 grams of cottage cheese and a sugar substitute. This mixture is laid out on the basis - and the future dietary cheesecake is put on the cold for at least a couple of hours. Then the berries are laid out on the layer( if you have frozen ones, they must be thawed beforehand), the remaining jelly is poured out from the top, and the dessert is taken back to the refrigerator until the final hardening. 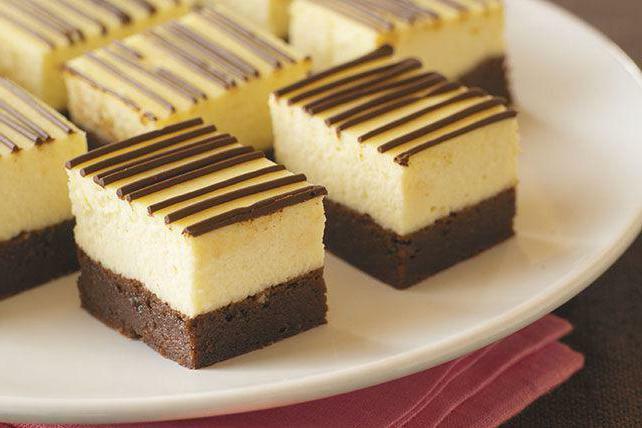 For those who feel confident at the stove, more complex dietary baking can be offered. Cheesecake for this recipe is very elegant, marbled and incredibly tasty. Natural yoghurt( half glass) is beaten with a blender with soft curd( 400 grams) to a density of sour cream. Three eggs and a sweetener are then added. In half the mass, two spoons of cocoa interfere, the second is left light. The dough is poured in turn, to form strips and circles. The cheesecake will be about an hour;after it should be kept for about three hours in the refrigerator.

And finally - a dietary cheesecake from cottage cheese with oranges. For him, five eggs must be divided into yolks with proteins. The first well beat up with half a glass of natural fat-free yogurt, half a kilogram of cottage cheese, a sweetener( this one is taken to taste) and two full spoons of starch. At last, whipped whites are added in a neat spoon."Dough" is leveled in the form.

Two oranges are thoroughly cleaned: you need to remove the peel, bones and whitish septa - all this in the final dish will be bitter. Slices are laid in a blender and beat with two tablespoons of starch;the filling is poured out on top of the leveled mass. Orange diet cheesecake is removed in the oven;baking takes about forty minutes. Cools it directly in the form and cuts into portions already completely cooled.