"Polidex" during pregnancy in the early stages

Pregnancy is considered one of the most beautiful periods in a woman's life. But, unfortunately, many representatives of the weaker sex at this time are prone to various diseases. In expectant mothers, chronic diseases are often exacerbated. And at the very beginning of the period the probability of colds is high, because immunity decreases.

For the treatment of colds and colds, sometimes a preparation of "Polidex" during pregnancy is prescribed. This article will tell you when to apply this medication. It will also be possible to find out what medics think about this therapy. Indications, contraindications and the way of using the remedy will be presented to the attention of the readers. 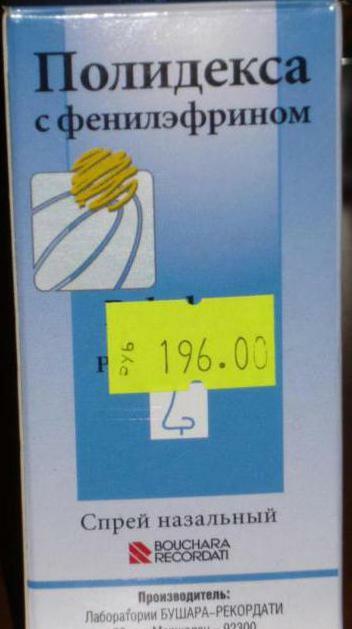 Composition and form of production

In order to find out whether it is possible to use the drug Polidex during pregnancy, it is necessary to familiarize yourself with its composition. The main active ingredients of the medication are: neomycin sulfate, polymexin sulfate and dexamethasone sodium. Complementing this composition is phenylephrine, a vasoconstrictor.

The medicine is issued in plastic packing in the form of a spray and drops. Its cost is about 300 rubles. For this price, you can get one pack of 15 milliliters of medication and instructions for use.

Can I use the "Polidex" during pregnancy?

The instructions have a separate paragraph on the use of the drug during the bearing of the child. According to the instructions, the medicine should not be used during the period of gestation. The manufacturer does not have official clinical data regarding the safety of use of the drug. Therefore, it is not known how in the future such therapy can affect the health of women and her baby.

The instructions also indicate that the preparation "Polidex" during pregnancy can lead to ototoxic effects on the fetus. A similar effect occurs when the medication is used for a long time. However, there is also information that the drug is not practically absorbed into the systemic circulation, but acts locally.

What do experts say about this?

Can I use the drug Polidex during pregnancy? The comments of the doctors report the following. In the period of bearing the baby, especially at the earliest possible time, the woman is exposed to colds. If earlier a runny nose and a pesky cough could pass independently, during pregnancy complications often arise. This is due to a decrease in immunity, which is quite normal in the early stages.

As a result of complication, a bacterial infection joins. To define it is quite simple: a woman instead of transparent mucous discharge from the nose appears purulent, green-yellow. In this situation, the lack of antibacterial drugs can become more dangerous than their use. Microorganisms living in the nasal cavity can spread to neighboring areas and cause otitis, sinusitis, sinusitis, meningitis and other diseases. In this case, the drug "Polidex" is prescribed for pregnancy. The instruction sometimes indicates that the medicine can be recommended in a situation where the benefit to the mother is higher than the risk for the child. 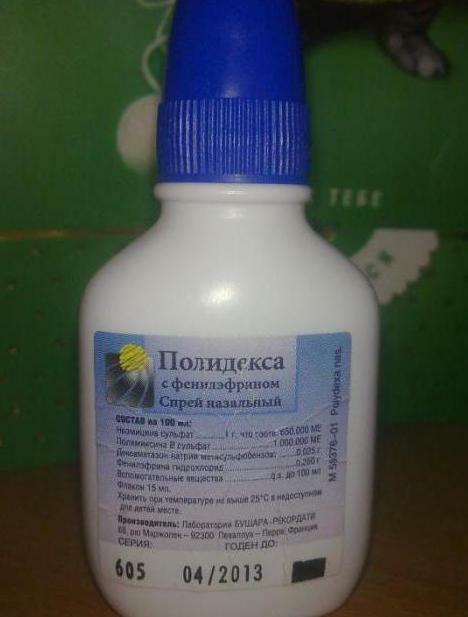 Indications for the use of the drug in expectant mothers

In what situations is the nasal spray and Polidex drops used during early pregnancy? The medicine is prescribed for purulent discharge from the nose. The diagnoses can be as follows:

Before prescribing the drug to a future mother, it is necessary to conduct a laboratory test. A woman from the nasal cavity takes a swab. It is studied under a microscope and the presence of sensitivity of microorganisms to the described active substance is determined. In the absence of resistance, the drug is prescribed according to the standard scheme. 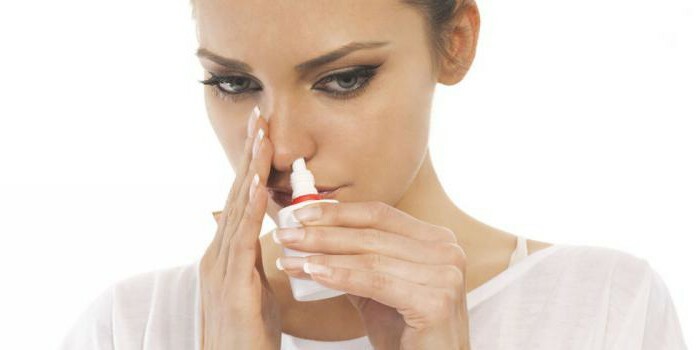 The drug Polidex is a local antibiotic. The drug should not last less than five days. Otherwise, the microbes will have resistance to the drug. The dosage of the medication is usually the following: one injection into each nostril on inhalation. Repeat manipulation should be up to five times a day. For expectant mothers, usually more gentle therapy is prescribed - one dose three times a day.

Even if the pregnant woman feels better after a few days of treatment, it is impossible to cancel the drug. It is necessary to complete the appointed course. 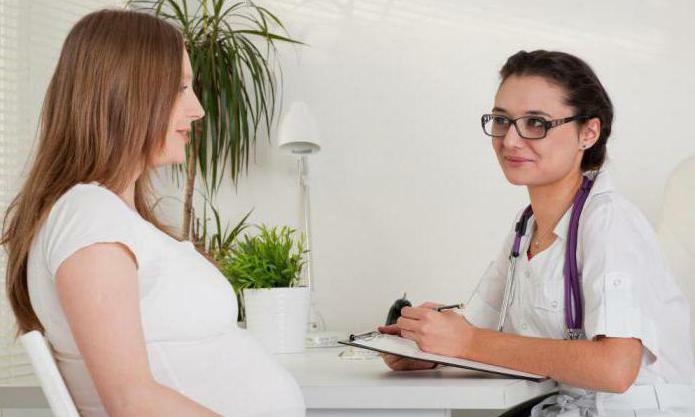 During the waiting period for the child before using any medication, special attention should be paid to the contraindications.

The drug "Polidex" is never prescribed for hypersensitivity to it. Also, the drug should not be used for atrophic and medicamentous rhinitis because of the phenylephrine contained therein.

The drug for nasal administration is not prescribed for kidney disease, vision, and also during viral pathologies.

The use of the Polidex spray during pregnancy( 3rd trimester or earlier) can cause side effects. In the period of expectation of the baby they are manifested more often. Among them there is an allergic reaction: dryness, burning in the nose, sneezing, urticaria or swelling. If you find these symptoms, you need to urgently cancel the medicine and contact your doctor. Further use of the drug can be very dangerous for the state of maternal health and child development. 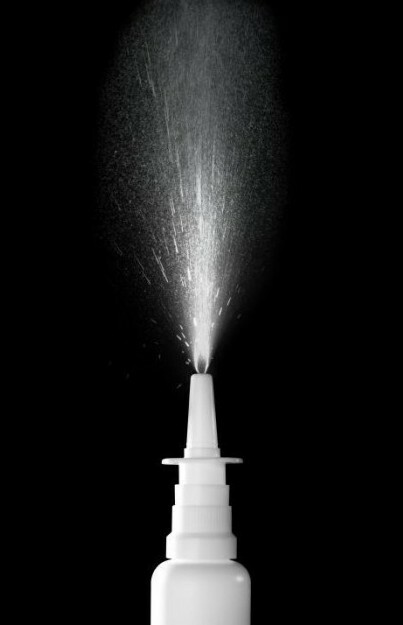 Opinions on the nasal spray

Experts say that the safest time for the use of the drug Polidex during pregnancy is 3 trimester. The doctors' comments say that at this time the fetus has already been fully formed. On its development, little can affect. At the same time, doctors prohibit the use of the described medication before childbirth. The thing is that the drug can stay in the body for a while and penetrate through breast milk. In this situation, it will not be possible to start lactation until the medicine is completely removed.

Some women had to use this medication at the very beginning of pregnancy. In their responses, they report that this did not affect the condition of the child. The baby of each of them taking the drug was born without any abnormalities.

Still, studies by scientists have shown that exceeding the prescribed doses or increasing the life of the spray leads to a negative effect on the fetus. Especially often this happens in the early stages, when the baby's body is just being formed. The active substance in large quantities affects the organs of hearing and provokes deafness. Women need to be aware of the use of the drug Polidex during pregnancy. The instruction does not prohibit the conduct of this therapy. Doctors report that with the use of small doses and compliance with the regime of use, the medicine does not cause a negative effect on the fetus. But at the very beginning of pregnancy you need to try to protect yourself from the need to use an antibiotic. Be sure to consult your doctor and find out which drugs can help. It must also be remembered that doctors categorically prohibit any self-treatment.