Cells-macrophages. What is it and what functions do they have?

This article will consider the mechanism of the formation of immunity, that is, the properties of the body to protect its cells from foreign substances( antigens) or pathogens( bacteria and viruses).Immunity can be formed in two ways. The first is called humoral and is characterized by the production of special protective proteins - gamma globulins, and the second - cellular, based on the phenomenon of phagocytosis. It is caused by the formation in the organs belonging to the endocrine and immune system, special cells: lymphocytes, monocytes, basophils, macrophages. Cell macrophages: what is it?

Macrophages together with other protective cells( monocytes) are the main structures of phagocytosis - the process of capture and digestion of foreign substances or pathogenic pathogens that threaten the normal life of the organism. The described protective mechanism was discovered and studied by the Russian physiologist I. Mechnikov in 1883.He also found that phagocytosis, a protective reaction protecting the genome of a cell from the damaging effect of foreign agents called antigens, is related to cellular immunity.

It is necessary to understand the question: macrophages - what kind of cells? Let us recall their cytogenesis. These cells are derived from monocytes that have left the bloodstream and penetrated the tissues. This process is called diapedesis. The result is the formation of macrophages in the parenchyma of the liver, the lungs, in the lymph nodes and in the spleen. 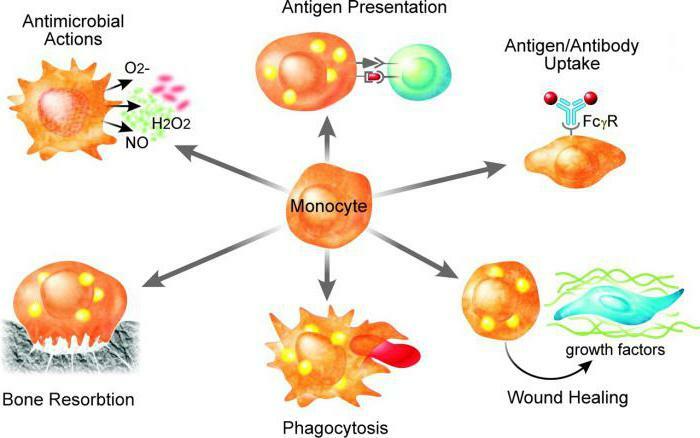 For example, alveolar macrophages first contact foreign substances that have fallen into the pulmonary parenchyma, by means of special receptors. Then these immune cells absorb and digest antigens and pathogens, thereby protecting the respiratory organs from pathogens and their toxins, and also destroying particles of toxic chemicals that enter the lungs with a portion of air during inspiration. In addition, it has been proven that the level of immune activity, alveolar macrophages are similar to protective cells of the blood - monocytes.

Features of the structure and functions of immune cells

Phagocytic cells have a specific cytological structure that determines the functions of macrophages. Their cell membrane is capable of forming pseudopodia, which serve to capture and envelop foreign particles. In the cytoplasm there is a lot of digestive organelles - lysosomes, providing a lysis of toxins, viruses or bacteria. There are also mitochondria, synthesizing molecules of adenosine triphosphoric acid, which is the main energy substance of macrophages. There is a system of tubules and tubules - endoplasmic reticulum with protein-synthesizing organelles - ribosomes. It is necessary to have one or more cores, often of irregular shape. Multi-nuclear macrophages are called symplasts. They are formed as a result of intracellular karyokinesis, without dividing the cytoplasm itself.

The following should be considered, using the term "macrophages", that this is not one kind of immune structures, but a heterogeneous cytosystem. For example, fixed and free protective cells are distinguished. The first group includes alveolar macrophages, phagocytes of the parenchyma and cavities of the internal organs. Also, fixed immune cells are present in the osteoblasts and lymph nodes. Depositing and blood-forming organs - liver, spleen and red bone marrow - also contain fixed macrophages. 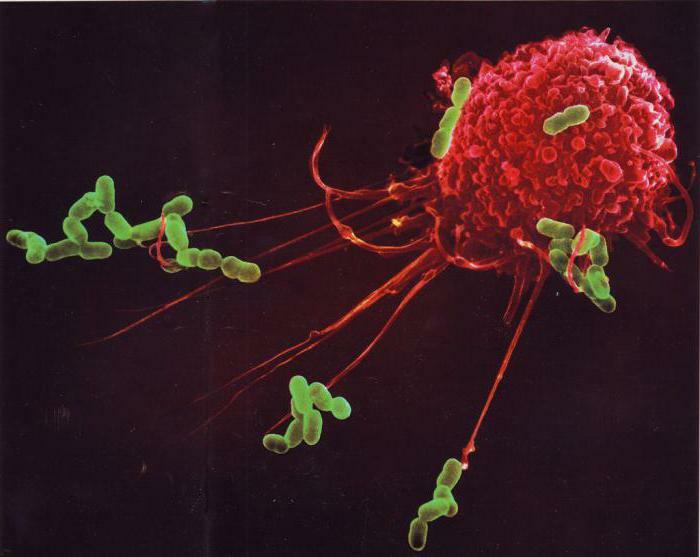 What is cellular immunity

The above phagocytes are combined into a highly efficient macrophage system that directly provides the ability to withstand pathogens and toxic agents and also destroy them by capture and digestion. Moreover, the cellular immunity includes a system of antibodies produced by T and B lymphocytes that bind to surface antigens of viruses, bacteria and intracellular parasites: rickettsia and chlamydia. 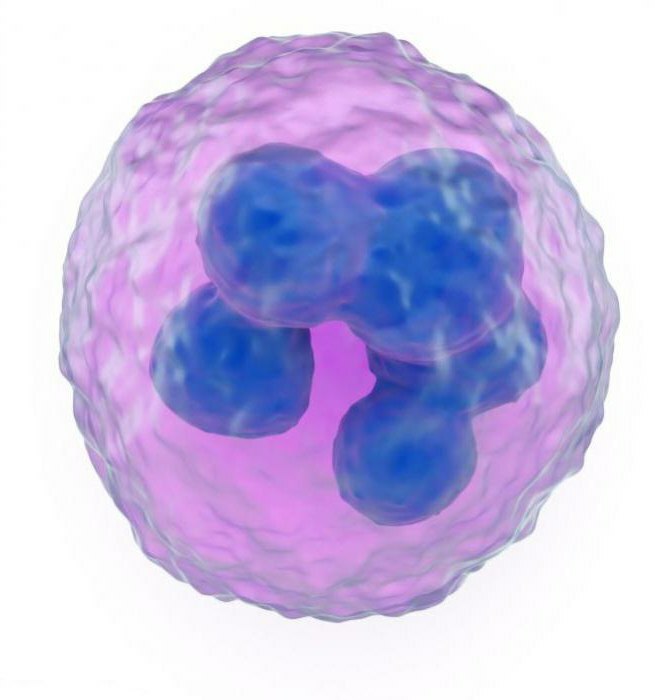 The role of macrophages in the formation of immune memory

After contact of the antigen with cells capable of phagocytosis, the latter are able to "memorize" the biochemical profile of the pathogen and respond with the production of antibodies to its re-entry into the living cell. There are two forms of immunological memory: positive and negative. Both of them are the result of the activity of lymphocytes formed in the thymus, spleen, in plaques of intestinal walls and lymph nodes. These include and the derivatives of lymphocytes - monocytes and cells - macrophages.

Positive immunological memory is, in fact, a physiological basis for the use of vaccination as a method of preventing infectious diseases. Since memory cells quickly recognize the antigens present in the vaccine, they immediately respond to the rapid formation of protective antibodies. The phenomenon of negative immune memory is considered in transplantology to reduce the level of rejection of transplanted organs and tissues. 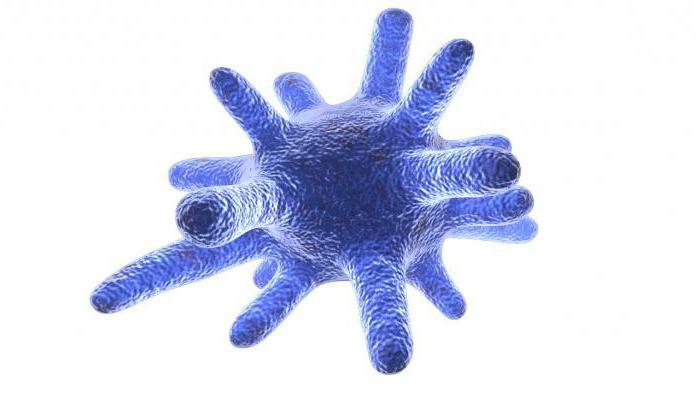 Interconnection of the hematopoietic and immune systems

All cells involved in the body to protect it from pathogenic agents and poisonous substances are formed in the red bone marrow, which is also a hemopoietic organ. The thymus gland, or thymus, which belongs to the endocrine system, fulfills the function of the basic structure of immunity. In the human body, both red bone marrow and thymus are, in fact, the main organs of immunogenesis. 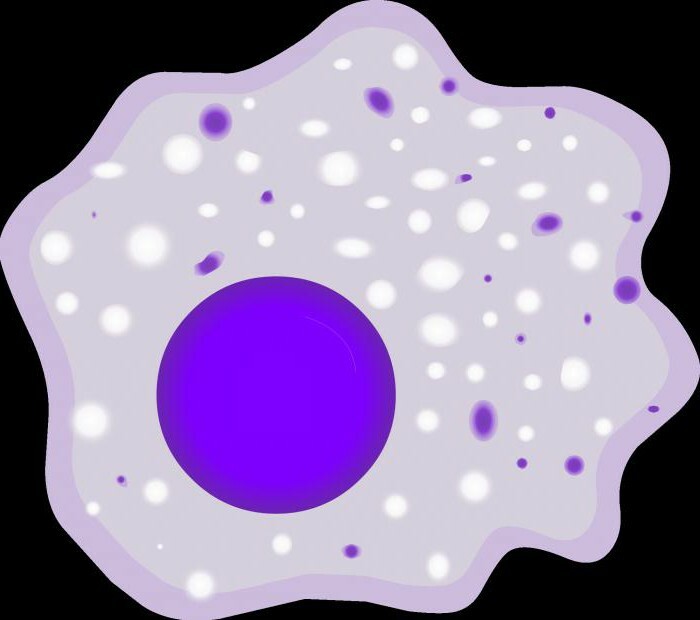 Phagocytic cells destroy pathogens, which are usually accompanied by inflammatory conditions in infected organs and tissues. They produce a special substance - the factor of platelet activation( FAT), which increases the permeability of blood vessels. Thus, a large number of macrophages from the blood get to the location of the pathogenic pathogen and destroy it.

After studying the macrophages - what kind of cells are they, in which organs they are produced and what functions they perform - we were convinced that along with other types of lymphocytes( basophils, monocytes, eosinophils), they are the main cells of immunity.