This disease is one of the stages of development of acute pyelonephritis. With apostematous pyelonephritis, inflammatory processes occur, in which multiple purulent small abscesses( apostems) are formed. The main place of their localization is the kidney cortex.

Most often, apostematous pyelonephritis begins to develop with obstruction of the ureter, less often - with undisturbed urinary outflow.

In the kidney, small abscesses are formed in the following way: microorganisms settle into the capillary loops of the glomerulus, into the terminal vessels of the kidney and into the peritubular capillaries. At the same time, bacterial thrombi form, and they serve as a source of pustules. They are located on the surface of the bark of the kidneys, as well as under the fibrous capsule in large quantities. When examined, they are clearly visible. Apostems have a yellowish color, the size is up to 2 mm, can be arranged in groups or singly.

With apostematous pyelonephritis, the kidney increases in size, has a cherry color. Peripheral tissue has swelling, a thickening of the fibrous capsule occurs. On a cut of a kidney pustules are visible, it is possible to find out them and in a cerebral layer. 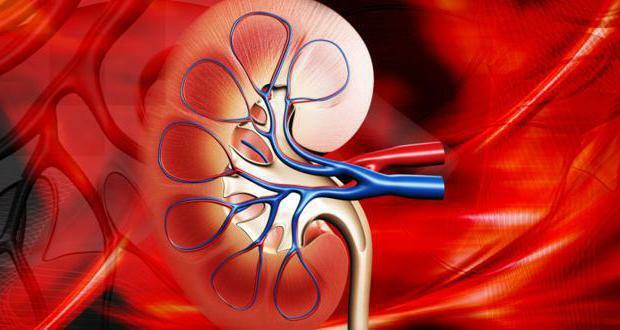 Apostematous pyelonephritis, carbuncle and abscess of the kidney

The second form of the disease is the kidney carbuncle. There is a purulent necrotic organ damage, an abscess of the kidney. Foci of necrosis are formed in the cortex. Carbuncle can occur with hematogenous pathways of infection. In such cases, the causes of apostematous pyelonephritis are pustular diseases, carbuncle, furunculosis, mastitis, panaritium. The mechanism of carbuncle formation is as follows:

The most common development of carbuncle is caused by microorganisms such as white and golden staphylococcus, Proteus and E. coli.

On the incision of the kidney, the carbuncle is seen as a rounded form of bulging out of necrotic tissue, it is permeated by merged small pustules that wedge inwardly into the parenchyma. 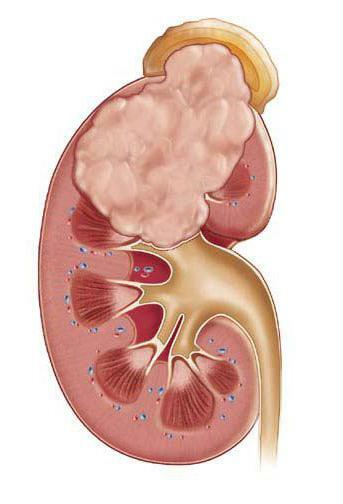 Symptoms of apostematous pyelonephritis and carbuncle depend on how much the urine outflow is disturbed from the kidney.

Most often, the primary form of pyelonephritis occurs suddenly, usually after an intercurrent infection. There is a chill, high fever( up to 40 degrees), pouring sweat. The hectic nature of fever predominates( the rise in temperature is replaced by a fall).A tremendous chill can last up to one hour, often occurs at the peak of fever. After chills with a drop in temperature, a profuse sweating begins. These symptoms during the first three days may be poorly expressed.

Then the pain in the lower back begins to increase. At palpation kidneys are obviously morbid, probably increase. Changes in the urine occur on the fifth day, there is bacteriuria, proteinuria, leukocyturia.

The blood picture is characterized by leukocytosis, granularity in leukocytes, an increase in ESR, anemia.

With a progressing process, sepsis can develop, which has metastatic foci of purulent inflammation in the liver, lungs, and the brain. 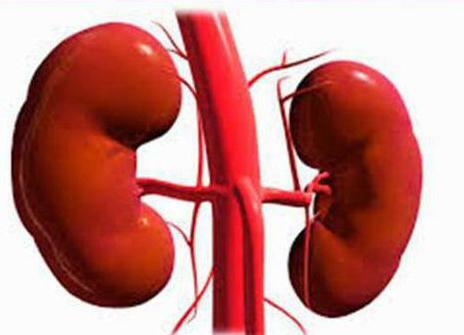 If the outflow of urine is not disturbed in the kidney, where the carbuncle develops, the clinical picture is similar to the acute infectious process. The temperature rises to 40 degrees, characterized by tremendous chills and torrential perspiration. There is a growing weakness, quick breathing, nausea and vomiting, tachycardia.

In the early days there is often no pain in the lower back, there is no bacteriuria, leukocyturia, dysuric disorders. Diagnosis is difficult. Patients can get to treatment in therapeutic, infectious, surgical departments. The doctor mistakenly can diagnose pneumonia, acute cholecystitis, typhoid fever and the like. Only a few days later, when local symptoms begin to appear( low back pain, Pasternatsky's symptom, soreness on palpation), the doctor concentrates on the kidneys. Diagnosis of the disease is based on the following indicators:

Purulent tissue destruction is more pronounced with carbuncle. Ultrasound in the parenchyma clearly shows foci of increased density, as well as their mixed structure. This picture is clearly visible on MRI, RKT.Spiral CT with increased contrast gives the opportunity to see disturbances when entering contrast in the foci of necrosis.

Difficulties in assessing the patient's condition can arise if before the admission to urology a patient underwent antibacterial therapy with modern antibiotics for one to two weeks. Such treatment can smooth manifestations of apostematous pyelonephritis, however, cardinal improvement of the condition does not occur. The body temperature decreases, the pain syndrome decreases, there are rarely chills, their character is less pronounced and prolonged. In the blood, the number of white blood cells decreases, but the shift to the left of the leukocyte formula still persists, like anemia and increased ESR.In other words, the disease manifests itself as a sluggish sepsis. This "improvement" is the cause of the wrong patient management. To prevent the development of severe sepsis, if there is a focus in the kidney of the patient's destruction, it is necessary to operate. 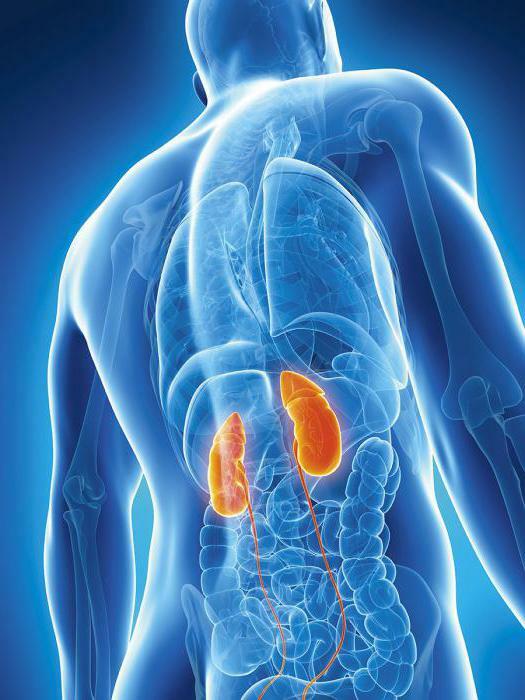 In detecting apostematous pyelonephritis, it is necessary to differentiate this disease from other infectious diseases. With acute pancreatitis and cholecystitis, with subdiaphragmatic abscess, acute appendicitis, acute cholangitis, acute adnexitis and acute pleurisy.

Kurbunkul buds differentiate from a simple festering kidney cyst, with a parenchyma tumor, with acute diseases of the abdominal cavity.

What makes it possible to distinguish between apostomatous pyelonephritis and carbuncle of the kidney?

The data of ultrasound, MRI, RKT allow us to distinguish apostematous pyelonephritis from various acute diseases of the peritoneum.

Treatment of apostematous pyelonephritis and carbuncle is carried out exclusively surgically. Most often, the operation is performed in an emergency. Preliminary short-term preoperative preparation with the participation of anesthesiologist-resuscitator lasts no more than two hours. The preparation includes:

The main goal of the operation is to prevent sepsis. Salvation of life.

The secondary goal is to save the kidney.

During the operation, the contents of the abscesses and pelvis are sampled in order to make a culture for the determination of microflora for the further determination of sensitivity to antibiotics. The results will confirm purulent pyelonephritis, as well as determine further treatment tactics. 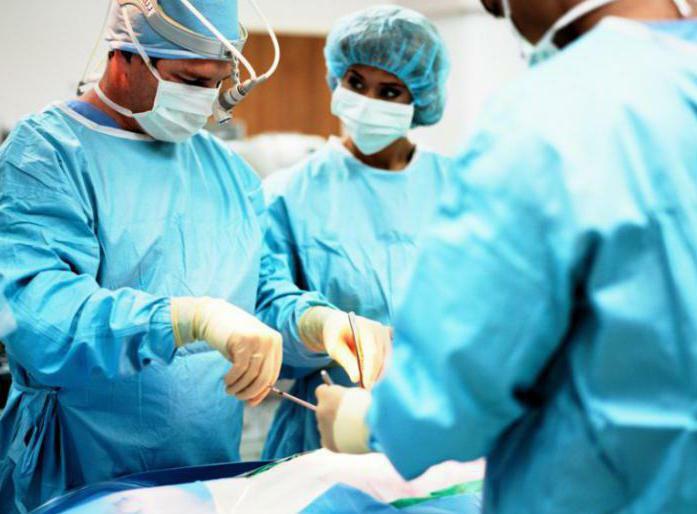 After the operation, the patient receives treatment in view of oppression of kidney function and intokication. The patient is assigned:

Antibiotic therapy with two antibiotics of the widest range of effects is mandatory.

The most modern methods( MRI, RVT, ultrasound) are used to assess the condition of the parenchyma. This makes it possible to correctly assess the situation and choose the most appropriate volumes of the operation.