There are many diseases that people rarely encounter. That's why very few people know about them. Wolff-Hirschhorn syndrome also applies to such problems. What is it, is this disease dangerous and what are the projections for life in such patients? All of this will be discussed later. 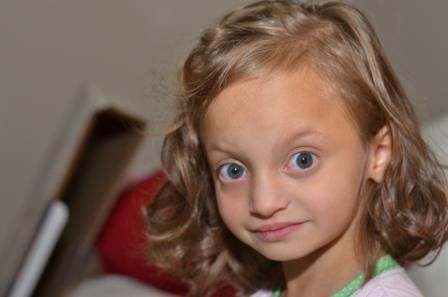 Initially, it should be noted that such a genetic pathology as the Wolf-Hirschhorn syndrome was described very recently, in 1965.Several German geneticists did this simultaneously. The basis of this problem is a deletion( special chromosomal rearrangements, when a part of the chromosome is simply lost) of the short arm of the 4th chromosome. That is, due to certain genetic changes in humans, there is no part of the above-described 4-th chromosome, which leads to external and internal changes. Initially, the problem was called 4p-syndrome. Later pathology began to be called by the surnames of scientists who took part in its discovery.

Some statistics of the

Wolf-Hirschhorn syndrome are relatively rare. The frequency of the manifestation of the disease: one case of chromosomal changes for about one hundred thousand healthy children. If we talk about gender, the 4p-syndrome is more common in girls than in boys. If you look at the quantitative ratio, then for 75 sick girls there are about 50 male children with pathology. It should be noted that scientists do not give explanations for this fact. However, these indicators are very important for the world of science, and specialists have long been working on identifying the main causes of the emergence of this chromosome rearrangement. It should also be noted that to date, about 130 cases of this disease have been described in detail, which is quite enough for studying this problem. 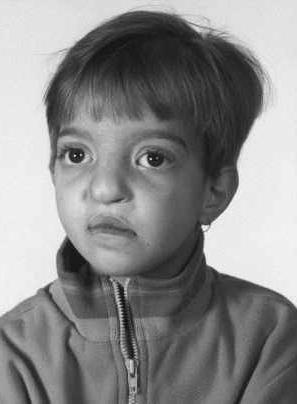 About the causes of the syndrome in children

Describing such a problem as the Wolf-Hirschhorn syndrome, the reasons for its occurrence are important to consider first. Initially, it should be noted that scientists can not name clear external reasons, such as: bad habits or wrong rhythm of parents' life. In this case, everything is somewhat more complicated.

Initially, it must be said that this syndrome is dangerous for those patients who have problems with the division of autosomes( paired chromosomes, which are the same in the human body, regardless of its gender, in contrast to sex chromosomes).A little bit deep into medicine. The researchers argue that this pathology arises in the case of the loss of the segment is 4p16( with the loss of particles 4p12-4p15 provokes the emergence of completely different changes in appearance and internal organs).It is also important to note that in this case a huge role is played by heredity. Thus, carriers of these changes were necessarily mothers or fathers of children with this diagnosis.

The next point that should be noted: the cause of the syndrome may be ring chromosomes 4p-( in this case they do not share longitudinally, as it should be, but transversely).Immediately I must say that in such a development of events in small patients, additional additional symptoms are noted that are not characteristic of pure 4p- deletions.

How does the Wolf-Hirschhorn syndrome look like? Symptoms that are manifested in this problem and are indicators for the diagnosis are different. However, briefly, for this pathology, delays not only physical, but also psychomotor development of the baby are characteristic. This is the main clinical sign of the problem. 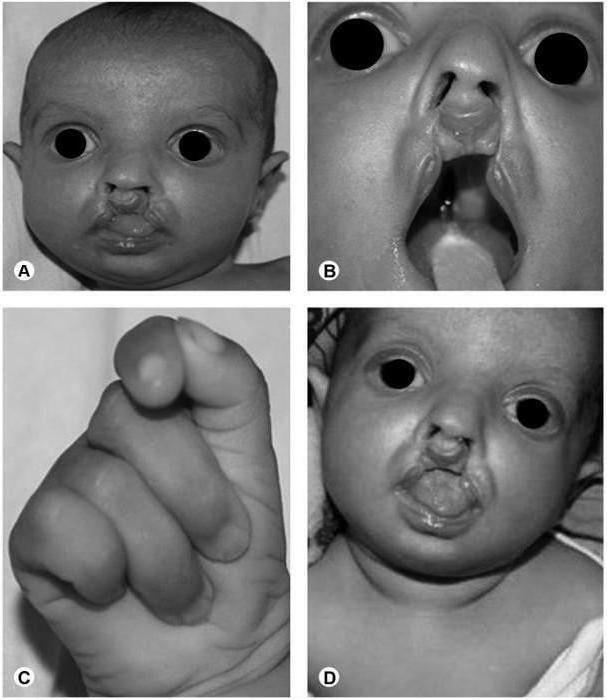 It is necessary to tell what symptoms accompany Wolf-Hirschhorn syndrome. So, they can be identified a whole complex. However, it should be noted that it also happens that the child's pathology is almost invisible, and no significant changes in the appearance are observed. The main symptoms of the syndrome are as follows: 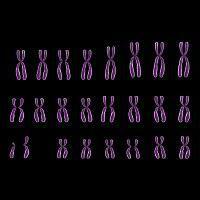 Sometimes Wolf-Hirschhorn syndrome occurs without damage to the internal organs. However, most often they also change due to improper division of chromosomes. What in this case can be?

It should also be noted that with this syndrome a child is born with a critically low body weight. And this despite the fact that the mother has a full term for the mother, 40 weeks. 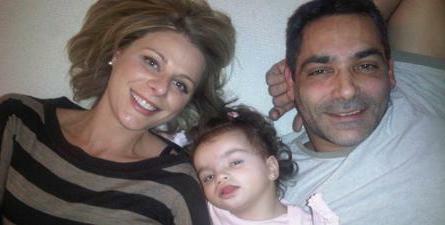 What is special about Wolf-Hirschhorn syndrome? Karyotype, that is, a set of chromosomes, incomplete, deformed. As a result, in addition to deviations in physical development, mental retardation is also observed. It can have a light, medium or heavy degree. It should be noted that this side of pathologies is not yet well understood, scientists are still working in this direction. But already there is evidence that hypoplasia of the cerebellum or of the corpus callosum can develop, which affects the normal functioning of the brain. It should be noted that sometimes patients have very moderate mental retardation, as a result of which such children can fully fully co-exist in society, socialize.

How can Wolf-Hirschhorn syndrome be identified? The reasons for suspecting the wrong doctors are many. The first thing that an obstetrician pays attention to is the weight of the child at birth. Children who subsequently receive this diagnosis are born with a critically low body weight, up to 2 kg. Also the cause of doubt in the normal development of the baby is the appearance of the newborn. If we talk about the diagnosis, then it is differentiated in parallel with the diagnosis of the Patau syndrome( the presence in the cells of an extra 13th chromosome, which causes similar symptoms).However, in this case there will be very important differences, such as, for example, the presence of special patterns on the skin, called dermatoglyphics in medicine. 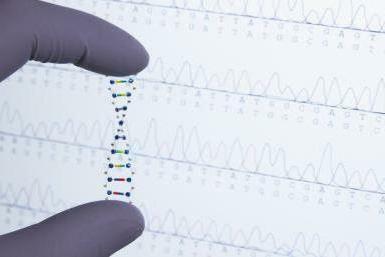 Other studies may be prescribed only to determine violations of internal organs, pathologies in their development. So, for this you may need ECG and Echocardiography, ultrasound, radiography, CT or MRI.

We further consider the Wolf-Hirschhorn syndrome. The treatment of this problem is about what to tell. As it became clear, this is a congenital genetic pathology, to cope with which completely will not succeed. As such, there is no treatment. However, physicians conduct symptomatic therapy, directing forces to support the normal functioning of damaged organs. Also, this problem shows genetic counseling. In this case, the mother and father of the sick child are examined. Sometimes surgical intervention can be shown to normalize the work of improperly developed internal organs. 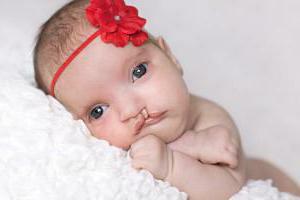 How dangerous is Wolf-Hirschhorn syndrome? Photos of patients with this diagnosis suggest that children with this problem are often outwardly different from ordinary people. This plays a huge role in the socialization of such a person. However, quite often people with this diagnosis as a result are quite active members of the society. At the same time, it should be noted that the highest risk of death in infants is in the first year of life. This is especially true if there is damage to the heart. To date, on the territory of our country, a case of longevity with this pathology has been fixed. This man could reach 25 years of age. However, such cases are very rare. Physicians note that some patients( newborns) die before the diagnosis is made. So the mortality in the first year of life of children with this pathology can be much higher than it is supposed today.