About that, what is the nervous system , a person learns in school days. Biology lessons provide general information about the body as a whole and about individual organs in particular. Within the school program, children learn that the normal functioning of the body depends on the state of the nervous system. If there are failures in it, the work of other organs is disrupted. There are various factors that to some extent affect this .The nervous system is characterized as one of the most important links in the body. It determines the functional unity of the internal structures of man and the connection of the organism with the external environment. Let us consider in more detail, what is the nervous system. 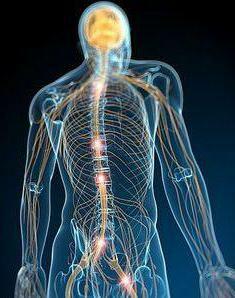 To understand what a nervous system is, you need to study all of its elements separately. The neuron acts as a structural unit. It is a cell with processes. Neurons form chains. Speaking of what the nervous system is, one should also say that it consists of two parts: central and peripheral. The first include the spinal cord and the brain, the second - the nerves and nodes that leave them. Conditionally the nervous system is divided into vegetative and somatic.

cells They are divided into 2 large groups: afferent and efferent. The nervous system begins with receptors. They perceive light, sound, smells. Efferent - motor - cells generate and direct impulses to certain organs. They consist of a body and a nucleus, numerous processes called dendrites. In the nerve cell, a fiber-axon is isolated. Its length can be 1-1.5 mm. Axons provide impulse transmission. In the membranes of cells responsible for the perception of odor and taste, there are special compounds. They react to these or other substances by changing their state.

The nervous system provides the work of internal organs, glands, lymphatic and blood vessels. To a certain extent, it determines the functioning of the musculature. Parasympathetic and sympathetic departments are distinguished in the vegetative system. The latter provides for the expansion of the pupil and small bronchi, increased pressure, increased heart rate, etc. The parasympathetic department is responsible for the functioning of the genitals, bladder, and rectum. From it emanate pulses that activate other nerves( oculomotor, lingopharyngeal, for example).The centers are located in the trunk of the head and sacrum of the spinal cord. 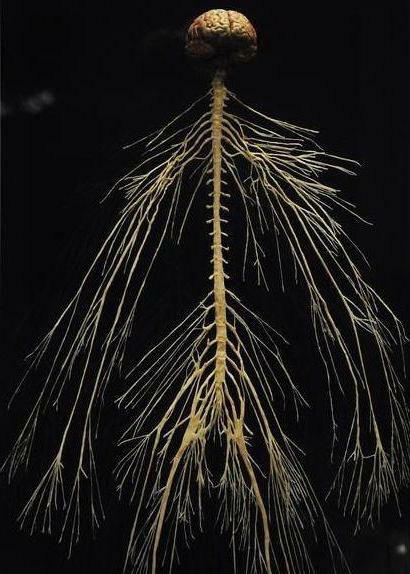 Diseases of the vegetative system may be due to various factors. Quite often, the disorders are a consequence of other pathologies, for example, TBI, poisoning, infections. Failures in the vegetative system can be caused by a lack of vitamins, frequent stresses. Often diseases are "masked" by other pathologies. For example, if the functioning of the thoracic or cervical nodes of the trunk is disturbed, there are pains in the sternum that extend into the shoulder. Such symptoms are characteristic of heart disease, so patients often confuse pathologies.

Outwardly it resembles a throat. The length of this department in an adult is about 41-45 cm. There are two thickening in the spinal cord: lumbar and cervical. They form the so-called innervation structures of the lower and upper limbs. In the spinal cord, the following sections are distinguished: sacral, lumbar, thoracic, cervical. Throughout its length it is covered with soft, hard and arachnoid shells.

It is located in the skull. The brain consists of the right and left hemispheres, the trunk and the cerebellum. It was found that his weight in men is greater than that of women. Its development begins in the embryonic period. The actual size of the body reaches about 20 years. By the end of life, the weight of the brain decreases. There are departments in it:

They contain basal nuclei and an olfactory center. The outer shell of the hemispheres has a rather complex pattern. This is due to the presence of ridges and furrows. They form a kind of "gyri".Each person has a different design. Nevertheless, there are several furrows, the same for all. They allow us to distinguish five parts: frontal, parietal, occipital, temporal and latent. 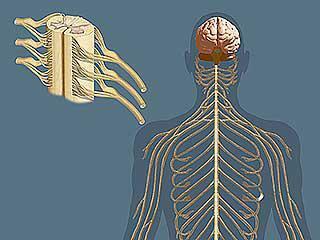 Unconditioned reflexes were investigated by Simonov. The scientist identified 3 classes of congenital reactions corresponding to the development of a specific area of ​​the environment:

It is expressed in involuntary sensory attention, accompanied by an increase in muscle tone. A reflex is caused by a new or unexpected stimulus. Scientists call this reaction "anxiety," anxiety, surprise. There are three phases of its development:

An indicative reflex is part of the structure of research behavior. This is especially evident in the new environment. Research activities can be oriented both to the development of novelty, and to the search for an object capable of satisfying curiosity. In addition, it can also provide an analysis of the significance of the stimulus. In this situation, the sensitivity of the analyzers is increased.

The implementation of the orientation reflex is a consequence of the dynamic interaction of many formations of nonspecific and specific elements of the CNS.The phase of general activation, for example, is associated with the initiation of the reticular formation and the onset of generalized excitation of the cortex. When analyzing the stimulus, cortical-limbic-thalamic integration is of primary importance. An important role in this case belongs to the hippocampus.

At the turn of the 19th-20th centuries. Pavlov, who for a long time studied the work of the digestive glands, revealed the following phenomenon in experimental animals. Increased secretion of gastric juice and saliva occurred regularly not only with direct ingestion of food in the digestive tract, but also when waiting for its receipt. At that time, the mechanism of this phenomenon was not known. Scientists explained it by "psychic stimulation" of glands. In subsequent studies, Pavlov attributed this reaction to conditioned( acquired) reflexes. They can arise and disappear during a person's life. For the appearance of a conditioned reaction, it is necessary that two stimuli coincide. One of them provokes a logical response in any conditions - an unconditioned reflex. The second, in view of its routine, does not provoke any reaction. It is defined as indifferent( indifferent).In order for a conditioned reflex to arise, the second stimulus must begin to act sooner than the unconditioned reflex, for a few seconds. In this case, the biological significance of the former should be less. 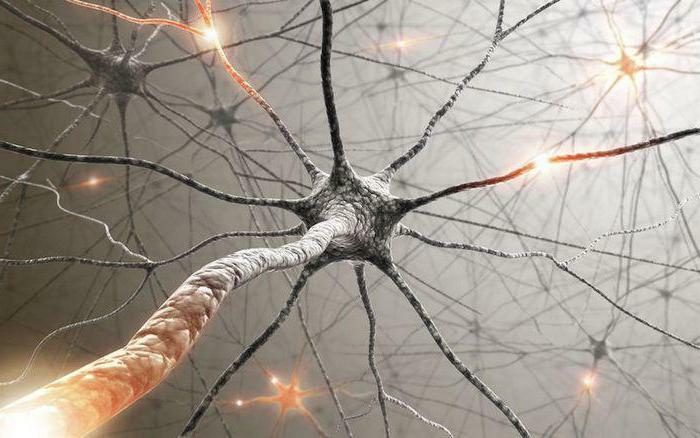 As you know, the body is affected by a variety of factors. The state of the nervous system affects the work of other organs. Even insignificant glitches at first glance can become the reasons of serious diseases. In this case, not always they will be associated with the activity of the nervous system. In this regard, great attention should be paid to preventive measures. First of all, it is necessary to reduce the effect on the nervous system of irritants. It is known that constant stresses, experiences are one of the causes of heart pathologies. Treatment of these diseases includes not only medications, but also physiotherapy, exercise therapy, etc. Of particular importance is the diet. The condition of all human systems and organs depends on proper nutrition. Food should contain enough vitamins. Experts recommend to include in the diet of plant foods, greens, vegetables and fruits.

It has a beneficial effect on all body systems, including nervous ones. At the expense of vitamin C at the cellular level, energy production is provided. This compound is involved in the synthesis of ATP( adenosine triphosphate).Vitamin C is considered one of the strongest antioxidants, it neutralizes the negative effects of free radicals by binding them. In addition, the substance is able to enhance the activity of other antioxidants. Among them, vitamin E and selenium.

It ensures the normal course of the processes in the nervous system. Lecithin is the main nutrient for cells. The content in the peripheral department is about 17%, in the brain - 30%.With insufficient intake of lecithin, nervous exhaustion occurs. The person becomes irritable, which often leads to nervous breakdowns. Lecithin is necessary for all cells of the body. It is included in the group of B-vitamins and promotes the production of energy. In addition, lecithin is involved in the production of acetylcholine. 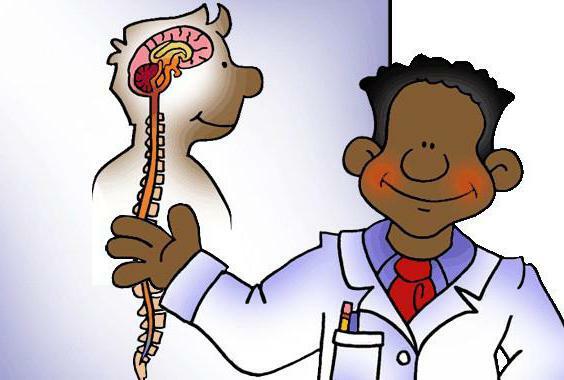 Music that calms the nervous system

As mentioned above, with CNS diseases, treatment may include not only taking medication. The therapeutic course is selected depending on the seriousness of the violations. Meanwhile, relaxes the nervous system is often achieved without consulting a doctor. A person can find ways to remove irritation. For example, there are different melodies of for calming the nervous system of .As a rule, these are slow compositions, often without words. However, some people can soothe and march. When choosing tunes, you should be guided by your own preferences. You just have to make sure that the music is not depressing. Today, a special relaxing genre has become quite popular. It combines classic, folk melodies. The main sign of relaxing music is a soft monotone. It "envelops" the listener, creating a soft but firm "cocoon" that protects a person from external irritations. Relaxing music can be classical, but not symphonic. Usually it is performed by one instrument: a piano, a guitar, a violin, a flute. It can also be a song with a repetitive recitative and simple words. 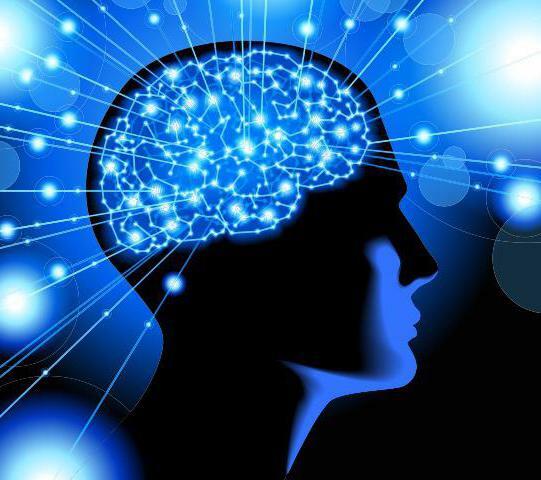 The sounds of nature are very popular - the rustle of leaves, the sound of rain, bird singing. In combination with the melody of several instruments, they take a person away from everyday bustle, the rhythm of a megacity, relieve nervous and muscle tension. At listening, thoughts are ordered, excitement is replaced by calm.