The problem of alcoholism today can safely be called one of the most global and terrible for mankind. The person's addiction to alcoholic beverages manifests itself in every situation in different ways. For someone it's a daily portion of a low-alcohol drink, but someone does not think of their existence without stronger options. Why does dependence on alcohol appear, who is at risk, is it possible to permanently cure this disease, and what methods are most effective in these matters and specifically what is the treatment of alcoholism hypnosis by the method of Dovzhenko? All this we will consider in today's article.

We will not repeat learned and all the long-known terms and concepts on this topic. All questions will be considered in a language that is understandable and accessible to any person. Let's start with the most important thing - we'll determine what alcoholism is. For some reason, society has developed over time a notion that it is simply a kind of social debauchery, lack of education, belonging to the lower social strata of society. However, when a person, as we often say, "slides down the slope," this is primarily a disease. And it needs to be treated very seriously and by all available methods. It manifests itself in different ways. It turns out that the alcoholic is at the same time the one who drinks only on holidays, and the one who drinks without holding each day and after the first glass goes into a deep binge, takes out of the house all the valuable things. This is due to the same reasons, and it develops according to a single scenario. It's just that someone "gets involved" at once, and someone can fight the weakness of their own life. Alcohol causes a certain intoxication, a person becomes or is more cheerful, if it is a holiday, or it is easier psychologically, if it is a question of grief. 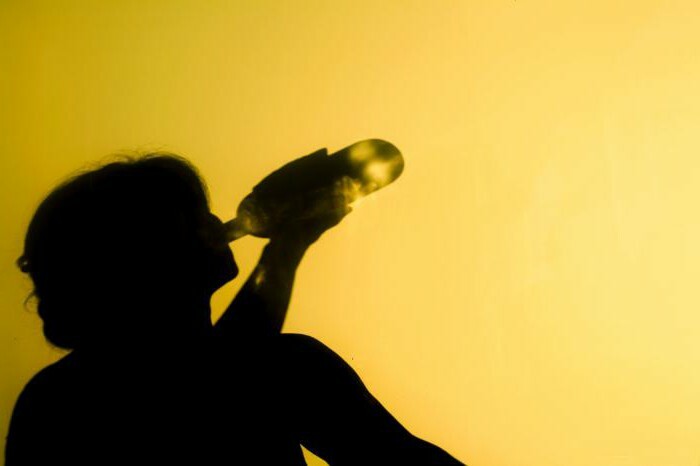 Why a person gets used to alcohol

Dependence on alcohol is formed in a person at a subconscious level. Now if we look at cake or ice cream, then we understand that it is delicious. This is because a chain of "cake - tasty" is formed in the human brain. And if we talk about alcoholic beverages, it looks like this: "alcohol is pleasure."Psychological dependence becomes stronger with time, and it is sometimes difficult for a person to deal with it independently.

Addiction Do you want to determine if you are addicted to alcoholism? Answer honestly the question: "When you think about holding a holiday, do you allow the use of alcohol?"If you are honest with yourself, then most likely you answered "yes."In our society, drinking alcohol is a tradition, one can even say, quite a habitual way of life. From the youngest age, a child watches his parents drink alcohol. If a non-drinking person meets in the company, he is either sick or coded. Of course, there are people who voluntarily refused to drink alcohol. They lead a healthy lifestyle and do not drink, no matter what reason. However, most of them are so-called passive alcoholics. Rejecting them from drinking does not mean that they can not turn into drunken drunkards over time. Do you drink only non-alcoholic beer? This is also alcoholism. So, the main prerequisite for the emergence of dependence on alcohol is the society in which we live. 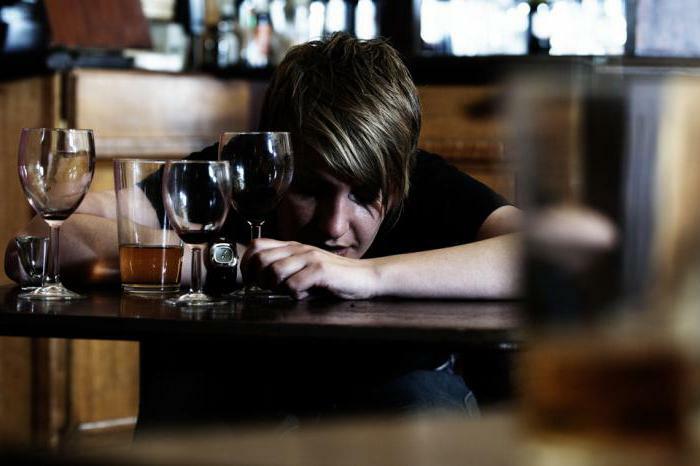 Recognize that the problem exists

Let's not convince ourselves and others that this trouble will never touch us. Recognizing the existence of a problem, it is easier to overcome. We admit that each of us, as well as our children, when they grow up, may well become alcoholics. It's just as likely as the fact that at least once in our life we ​​can get sick with the flu. It so happened that the formed traditions in modern society are more or less connected with alcoholic beverages. Arguing about the problem, it is necessary to recognize that the question is primarily a psychological one, therefore, it is also necessary to overcome it by influencing the human psyche. This is why Dovzhenko's coding is effective in most cases. 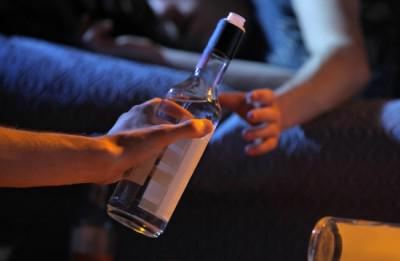 To determine if it's time to worry, or if the situation with alcohol consumption does not cause fear, you need to be able to distinguish the presence of dependence, and also what its degree. Try the following tips. Pay attention to how often and in what situations alcohol is consumed, and you need to consider not only strong, such as vodka or cognac. Beer, a variety of tonic and low-alcohol drinks also need to be considered. So, one of the main signs of having a craving for alcohol is the complete denial of addiction, phrases such as "I drink like everyone else on holidays", a person's assertion that alcohol is used by him to relieve stress or fatigue. The second sign is an increase in the occasions for a drink. In addition to birthdays, the salary, business trip, match of the favorite team, purchase of clothes, etc. start to be vigorously celebrated. An increasing number of corresponding friends will also appear in the person's environment. There may be a supply of alcohol in the house. Changing behavior on the eve of drinking is the third sign. Depending on the degree of habituation, a person first becomes merry, waiting for a holiday, and with time starts to get nervous, conflicts arise on the basis of alcohol. Reducing the reaction to alcohol, the lack of vomiting, even with a large number of drunk, a change in life and moral signs - all this also indicates a dependence.

What are the ways to overcome the problem

Having recognized that the problem exists, it is necessary to familiarize yourself with the most positively proven methods of combating it. Over a long period of time in the territory of Russia, Ukraine and other countries of the former Soviet Union successfully used the method of Dovzhenko. The treatment of alcoholism, about which you read on the thematic sites and ran to the first doctor who comes across the disposal, does not necessarily help. But using the methodology approved by the Ministry of Health is already certain guarantees of a positive result. It is worth considering that there are very few real experts in this field. 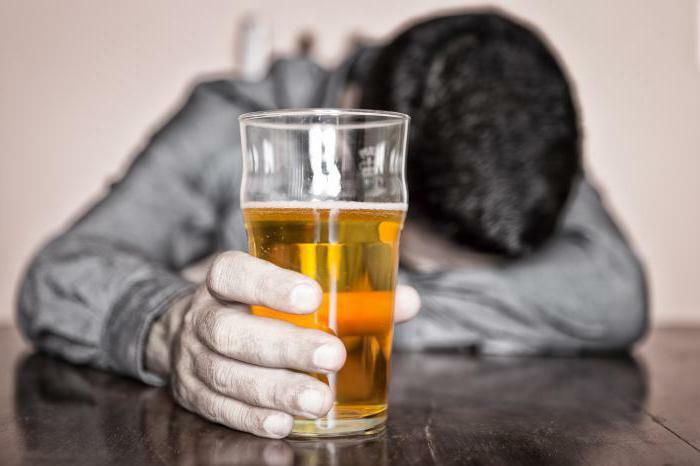 What is the coding for alcoholism( treatment by Dovzhenko)

The coding procedure provides for certain mandatory conditions. Persons over 18 years of age are to be treated. The decision on coding should be made voluntarily and consciously. Before the procedure, it is necessary to not drink anything alcohol within 7 days. This will help prepare the body for a "reset" and best confirms the seriousness of the patient's intentions to be cured. The impact on the patient during the encoding is carried out only with the help of words. The patient will not need to take medications or be hypnotized to immerse in trance. Only in using persuasion and psychotherapeutic influence on a person is Dovzhenko's method. Treatment of alcoholism, the reviews of which have their origins since the end of the last century, is a truly guaranteed result. 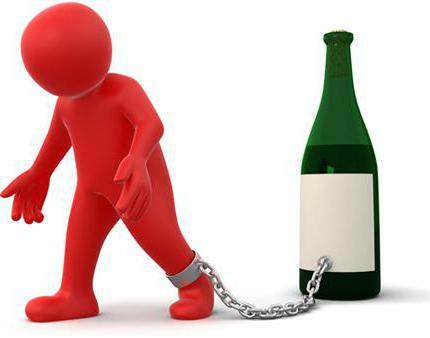 The essence of the famous technique

The effect on the consciousness of a person without introducing it into a trance, without using any medications at all, is the treatment of alcoholism by the method of Dovzhenko. Reviews of such harmless effects from patients are only the most positive. During the procedure a person does not experience discomfort. And after the termination of treatment does not suffer from vomitive desires at a kind of alcohol. It turns out that he independently decided to quit drinking and fulfilled it. However, recently this method of influencing the human psyche, together with 25 frames, became part of the banned( it concerns only Moscow).As narcologist Yevgeniy Bryun says, the prohibition of alcoholism treatment by the Dovzhenko method is associated with a huge number of scammers that have appeared recently. The ability to reduce the number of cheated is the main goal. 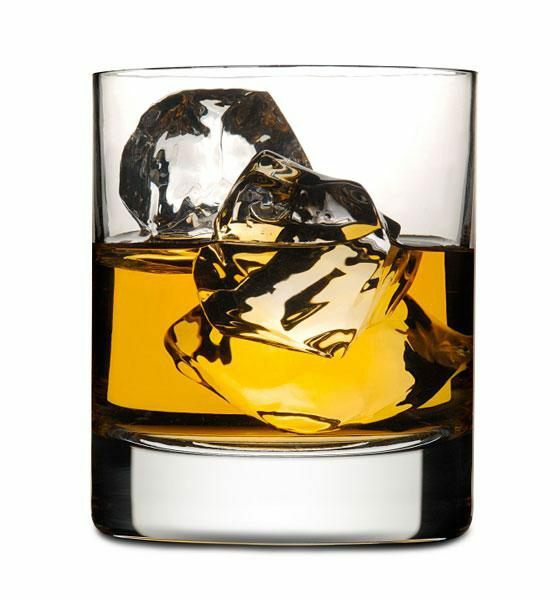 Undoubted advantages of the method Dovzhenko

Almost all the reviews about the treatment of alcoholism using the Dovzhenko method are positive. This is due to the following advantages of this type of encoding:

To combat dependence at the subconscious level, setting to abandon alcohol, as well as for the long-term consolidation of the result, the Dovzhenko method is widely used. Treatment of alcoholism, reviews of the persistent results of which leave an increasing number of satisfied patients and their families, is becoming more and more popular every year and brings to the background most of the currently existing methods that do not provide a guarantee against unpleasant consequences for the body. 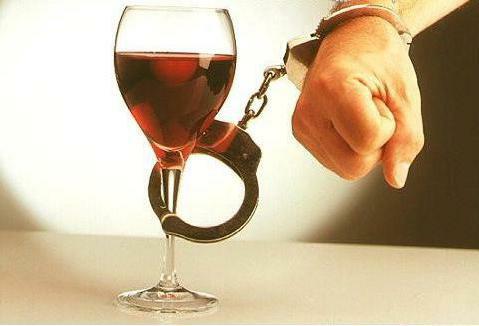 The encoding procedure lasts no more than four hours and is quite affordable. However, it has one, the most important and, perhaps, the only, drawback. In perfect knowledge of the secrets of this technique, only a few people. They are disciples of the creator of the method, who studied and worked with him. Logging into the session, you need to be confident in the end result and try not to get to the scammers. Knowing about the eternal problem, they are trained in every way of psychological influence on a person and try to entice as much money as possible from unfortunates. Very often such a deception is used exactly by the method of Dovzhenko. Treatment of alcoholism( Moscow in this regard provides a wide field for the actions of impure people on hand) with this type of encoding does not require special tools, adaptations and skills. Given that the whole process is reduced to a doctor and patient's conversation, it is not difficult for experienced masters of deception to mislead the person who appealed to them for help.

Thanks to the serious cooperation of the doctor and the patient, the voluntary decision to conduct coding, the recognition of the problem by his patients and his family, to guarantee a lasting result even after a single procedure can Dovzhenko's method. Treatment of alcoholism, reviews of the consistent result of which from year to year confirm the quality and expediency of the procedure, is the most in demand to date. In order for the problem to be truly solved, it is necessary to devote more time to choosing a specialist, to study the pros and cons.

Volgograd, like many other cities in Russia, presents a lot of proposals for coding. It is only natural that every clinic or individuals providing such services to the public try to advertise themselves as much as possible. However, before making a final choice, you need to carefully study all available information, learn the opinions of real people. But, picking up a suitable doctor, you should not immediately register for an appointment. Where are the guarantees that the reviews are real? Look for professionals. It is better, of course, to learn about them through acquaintances. This will help to get truthful information. Noting the persistence of the result, the patients nevertheless emphasize that it is only necessary to go to the doctor's office. This should not be a spontaneous decision. In order for the coding to be successful, you do not need to drink at least 7, and preferably 10 days. And this applies not only to drinks, but even to medicines that contain ethyl alcohol. Having ceased to receive "fuel", the body can more clearly accept the ongoing psychotherapeutic effect. Comments on treatment by Dovzhenko often contain information from patients about what they were advised to come to the reception with relatives. Their presence and support are very important both during the coding itself, and during the subsequent time. In addition, many note the relatively low cost of the service - from 6,000 rubles.

For many decades, the method of Dovzhenko( treatment of alcoholism), the price reviewed about in the review, brings positive results and saves not only families but also lives to their patients.