The term "rigidity" is found in many areas of scientific knowledge. However, most often it is used in medicine, or rather, in physiology, where rigidity is hardness, reduction, reduction or ossification of something. So, let's see what kind of disease it is. 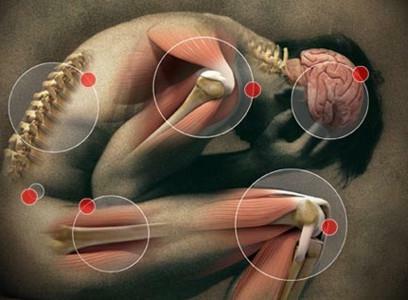 Muscle rigidity is a sharp, severe contraction of the muscles under the influence of the suddenly arising tone of the nerve endings that cause the work of a particular muscle. According to medical statistics, such a disease most often affects the neck area. Stiff neck is a condition of numbness, leading to a decrease in the functionality of the entire cervical region. This is due to irritation of the membranes of the spinal cord or brain. The disease can be determined if the patient tries to tilt his head forward. If he does not get his chin to his chest and if the head is tilted forward, he will experience pain and tension in the muscles, you can easily diagnose the rigidity of the cervical department.

There are many reasons for the onset of rigidity.

1. Violations in the central nervous system:

a) encephalitis, which can irritate the membranes of the brain. In this case, there are symptoms of rigidity, such as headache, fever, nausea, vomiting. Practically in 80% of cases, the patients have a decrease in consciousness, inhibition of the reaction, often coma after the exacerbation of the disease;B) meningitis. Rigidity is the first and most obvious sign of meningitis. In turn, rigidity in meningitis is expressed through hypoperreflexia and even opisthotonus;C) subarachnoidal hemorrhage. The disease can occur after a hemorrhage in the brain or spinal cord.

a) cervical arthritis. With this disease, rigidity develops very slowly and gradually. Over time, numbness becomes permanent, and the neck begins to ache all the time.

Decerebral rigidity is a sharp increase in the tone of all muscles at the same time( usually this applies to flexion-extensor systems).This disease is accompanied by rotation of the arms and legs inside, opisthotonus. The causes of it are damage to the midbrain, neoplasia in the temporal lobe of the brain, cerebral hemorrhage or ventricles, anoxia, poisoning, etc. 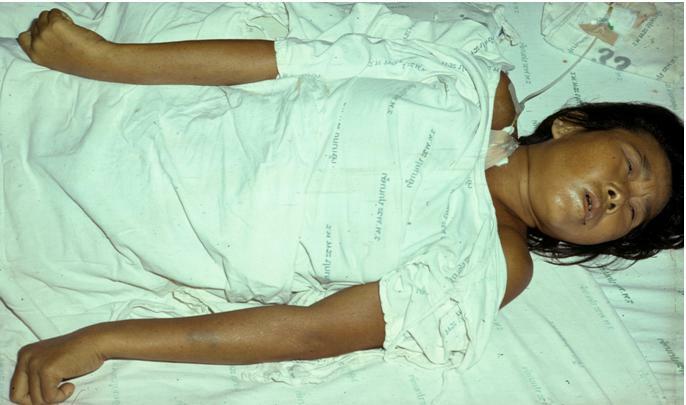 This pathology initially manifests itself in the form of cerebral seizures, but over time impulses in the spinal cordsubsided and the spasticity of extensor flexures begins. In addition, patients can be identified by external signs: a small growth, a walk that resembles the movement of a puppet, tetanus. Decerebrate rigidity can manifest itself in the cold by stopping the full functioning of the muscles of the hands and feet. Thus, if you find yourself or your loved ones having difficulty moving or complaining of neck pain, you should immediately consult a doctor, as rigidity is a very insidious disease, and if left untreated, it can lead to complete paralysis of the muscles of the entire body.