Sodium bicarbonate is a well-known baking soda that is used in the home for making dough, cleaning fat from metal surfaces, and sometimes even for near-medical purposes as an acid burn neutralizer and as a remedy for heartburn. But official medicine uses it as a medicine. This substance perfectly neutralizes acids, turning them into salt and water, so sodium bicarbonate is used to eliminate heartburn. Instructions for use, in principle, for this case is not needed, since any person living in the post-Soviet space knows what to do.

Another pharmacological property is sputum depression. Who among us did not breathe in childhood over a pot of boiled potatoes sprinkled with baking soda? Of course, now it is more civilized, there are nebulizers, through which humidified warm steam with sodium hydrocarbonate is fed, the patient can only breathe.

Based on the first paragraph, it is logical to assume for which diseases sodium bicarbonate is used. Instruction for use says that such are: 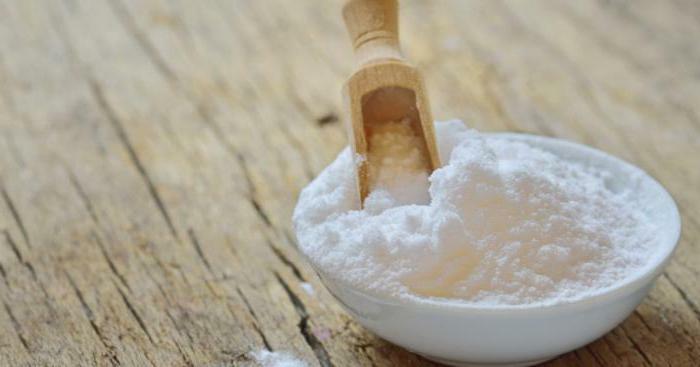 "Sodium bicarbonate" is a powder, the instructions for use indicate doses in grams, but usually patients calculate them by eye, based on the volume of the dessert or coffee spoon. In diseases of the gastrointestinal tract, you need to take a dose of half to one and a half grams inside at a time. They can and should be dissolved in warm water or swallowed dry, with plenty of cold water.

As an expectorant is used in the form of medicines."Sodium Hydrocarbonate-Eskom", the instruction for which specifies separately the use of the drug for the treatment of ENT organs, indicates that it is necessary to make a weak( 0.5-2%) solution and wash it with the nasal cavity, mouth or larynx in the presence of inflammatory diseases.

In addition, there are forms of release in candles against seasickness. But it is most effective to treat it using sodium bicarbonate intravenously. Instruction for use says that you need to pour it at a speed of 50-60 drops per minute every three days. For one injection, use from one hundred forty to two hundred milliliters of 4% solution, calculating 2 ml per kilogram of body weight. If the seasickness is severe, then five to seven sessions are performed. At an average severity level, three to four is enough. They are carried out before entering the open sea to persons prone to motion sickness.

Another indication - metabolic acidosis, with it, too, is used "Sodium bicarbonate"( solution).Instruction for use says that it should be 4%( it is possible 3% and 5%), enter need in the form of enemas, orally or intravenously. The dose is selected according to the severity of the manifestations of acidosis and is adjusted in the process of providing emergency care. 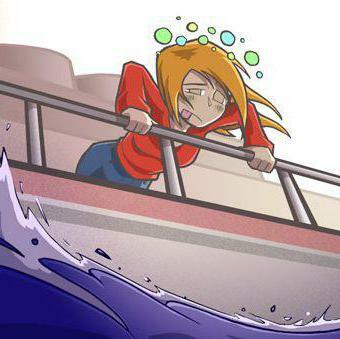 The constant intake of baking soda is not recommended due to a systemic violation of the acid-base state, alkalinization of urine and increased risk of formation of phosphate stones. Short-term use does not have negative consequences, but people with chronic renal failure should be used with caution in the therapeutic use of "Sodium Hydrocarbonate".Instruction for use warns that the condition of such patients may worsen.

If a person with gastritis is also present with the phenomenon of vomiting, it should be remembered that together with the liquid, the chloride ions are lost, hence the alkalization of the internal environment is enhanced. In addition, with abundant and frequent intake of baking soda in the stomach, a large amount of carbon dioxide is formed, which can cause perforation of the organ wall at the site of its thinning( gastritis, ulcer).

Patients with heart disease should not use Sodium Hydrocarbonate. Instructions for use notes that it is possible to increase the amount of sodium ions, which leads to the progression of heart failure and systemic edema.

As for any other remedy, for food baking soda there are also differentiation of the application, namely:

Another important contraindication is poisoning with strong acids. Of course, alkalis neutralize acids, turning it into salt and water, if the alkalization is not strong enough, it will only aggravate the damage and lead to a strong shift of the acid-base equilibrium.

In long-term use, symptoms such as loss of appetite, weakness, lethargy, nausea are observed. Perhaps the emergence of vomiting and pain in the epigastric region, flatulence. Characteristic signs of anxiety, insomnia, headaches, increased blood pressure, and sometimes even cramps are a manifestation of developing alkalosis. In rare, especially neglected cases, it can not be copied.

In the pharmacy network, sodium bicarbonate is sold as a 4% solution for injection in sealed ampoules of 20 milliliters each. It is also possible to meet suppositories( suppositories) containing 0.3, 0.5, and 0.7 grams, respectively. Tablets have the same dosage of the active ingredient.

This article is not a recommendation for action. If you feel bad or know that you have a chronic illness, please do not try to treat yourself, consult a doctor. It will preserve your health and quality of life. Be healthy!