Upper and lower pressure: which means the age norm, the deviation from the norm

One of the main indicators of health and proper functioning of the body is blood pressure. The strength and speed with which blood moves through the vessels determine the person's well-being and working capacity. It is considered normal pressure of 120 to 80. But the fluctuations of its indicators are now encountered more often. Not only the elderly, but also the young people know how pressure is measured. Many understand that the deviation of indicators from the norm causes headaches, weakness and malaise. The pressure is now measured on a special device - a tonometer. At many it even is at home. The tonometer gives out two indicators: the upper and lower pressures. What this means, not everyone understands. True, in most cases, the measurement is only for control, and the doctor must decide whether to treat. But still, those who have these indicators often go up or down, you need to know about them as much as possible.

What is the blood pressure

This is one of the main indicators of human vital activity. Pressure is provided by the work of the heart and blood vessels through which blood circulates. Its magnitude is affected by its number and heart rate. Each stroke of the heart ejects a portion of blood with a certain force. And this also determines the magnitude of its pressure on the walls of the vessels. It turns out that its highest values ​​are observed in the vessels closest to it, and the further, the less. 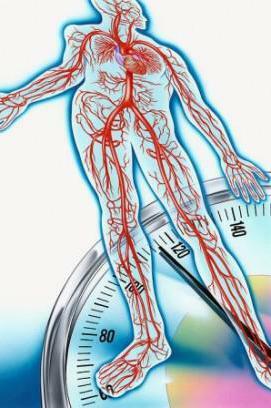 Determining what pressure should be taken is the average value that is measured in the brachial artery. This is a diagnostic procedure performed by the doctor for any complaints about the deterioration of health. Almost everyone knows that the measurement determines the upper and lower pressure. What the result of the measurement means, the doctor does not always explain. And not all people even know the indicators that are normal for them. But everyone who has ever faced a rise or fall in pressure understands how important it is to control it. Change in lifestyle, proper nutrition and the right level of physical activity will help keep the heart and blood vessels healthy.

What this definition means, not everyone understands. Basically, people know that the normal pressure should be 120 to 80. Many of this is enough. And only patients with hypertension or hypotension are familiar with the concepts of systolic and diastolic pressure. What is it?

1. Systolic or upper pressure means the maximum force with which blood moves through the vessels. It is determined at the time of heart contraction.

2. Lower - diastolic pressure, shows the level of resistance, which meets blood, passing through the vessels. At this moment, she moves passively, so his rates are lower than the first. 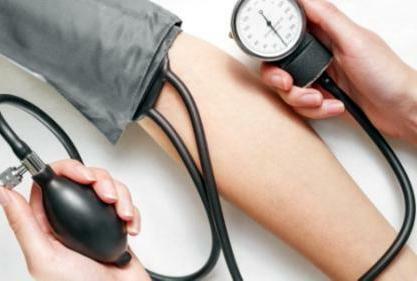 The pressure in millimeters of mercury is measured. And although other instruments for diagnostics are being used now, this name has survived. And the indicators of 120 to 80 - this is the upper and lower pressure. What does it mean?120 is the upper or systolic pressure, and 80 is the lower one. How can you decipher these concepts?

This is the force with which the heart ejects blood. This value depends on the number of heartbeats and their intensity. The upper pressure indicator serves to determine the state of the heart muscle and large arteries, for example, the aorta. Its value depends on several factors:

- the volume of the left ventricle of the heart;

- rates of ejection of blood;

- conditions of the coronary vessels and aorta. 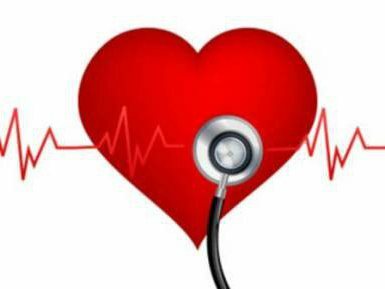 Therefore, sometimes the upper pressure is called "cardiac" and judged by these figures about the correctness of this body. But the conclusion about the state of the body should be made by the doctor, given many factors. After all, the normal upper pressure in all people is different. Norm can be considered indicators of 90 mm and even 140 if a person feels well.

At the moment of relaxation of the heart muscle, blood presses against the walls of the vessels with minimal force. These indicators are called lower or diastolic pressure. They are determined mainly by the state of the vessels and are measured at the time of maximum relaxation of the heart. The strength with which their walls resist the current of blood, and the lower pressure. The less elasticity of vessels and their patency, the higher it is. Often this is due to the condition of the kidneys. They produce a special enzyme renin, which affects the muscle tone of the vessels. Therefore, diastolic pressure is sometimes called "renal."An increase in his level may indicate a disease of the kidney or thyroid gland.

What should be the normal pressure values ​​of

It has long been accepted to perform measurements on the brachial artery. It is the most affordable, in addition, its position allows you to take the results for the average. To do this, use a cuff in which air is injected. Pressing the blood vessels, the device allows you to hear in them the pulse. The person who conducts measurements notices on what division the beating started - this is the upper pressure, and where it ended - the lower one. Now there are electronic blood pressure monitors, with which the patient himself can control his condition. Normal pressure is considered to be 120 to 80, but this is averaged. 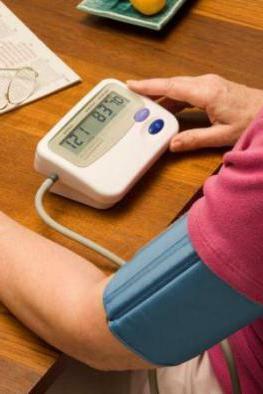 Someone at its value of 110 or even 100 at 60-70 will feel good. And with age, normal values ​​of 130-140 are considered at 90-100.In order to determine at what values ​​the patient begins to feel worsened, a pressure table is needed. The results of regular measurements are recorded in it and help determine the causes and boundaries of fluctuations. Doctors recommend even a healthy person to undergo such a check to determine what pressure is normal for him.

Hypertension - what is it?

With this disease, more and more people are facing recently. Hypertension is a persistent increase in pressure. For some, an increase in the indices by already 10 units is characterized by a deterioration in well-being. With age, such fluctuations are seen less. But it is the state of the heart and blood vessels, and accordingly, the magnitude of the upper arterial pressure that determines the development of hypertension, better known as hypertension. The doctor makes such a diagnosis, if the indicators are often increased by 20-30 mm without special reasons. According to the standards adopted by WHO, the development of hypertension is indicated by a pressure above 140 per 100. But for some, these values ​​may be lower or higher. And the norm will help him find out the pressure table. 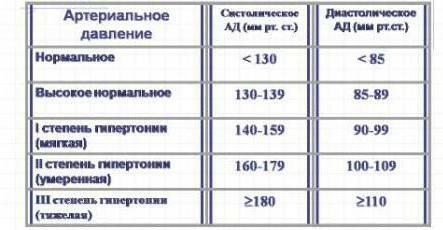 At the initial stage of hypertension, it is possible to normalize the condition by changing the way of life and getting rid of bad habits. Therefore, it is so important to regularly monitor your pressure to seek help in time. After all, raising it to 180 mm can lead to a heart attack or stroke.

Lowered pressure is not considered as dangerous as increased. But it significantly worsens the standard of living. After all, reducing pressure leads to oxygen deficiency and reduced efficiency. The patient feels weakness, constant fatigue and drowsiness. His head is dizzy and dizzy, he can darken in his eyes. A sharp drop in pressure to 50 mm can lead to death. Usually, the constant hypotension is observed in young people and passes with age. But you still need to control the pressure. After all, any change in its indices indicates shortcomings in the work of the heart and blood vessels.

Every person is different. And the normal pressure values ​​may not be the same. But it is considered that the difference between the upper and lower pressure should be 30-40 units. At this rate, doctors also pay attention, since it can indicate the development of certain diseases. It is sometimes called pulse pressure. In itself, its meaning does not say anything, the main thing is the patient's state of health. But a small difference between upper and lower pressure may be due to a malfunction of the kidneys or poor elasticity of the vessels. 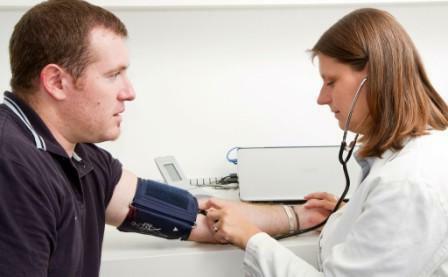 How pressure indicators depend

The strength with which blood moves through the vessels and presses against their walls is determined by many factors:

- the emotional state of a person;

- the presence of bad habits;

- the amount of physical activity.

These values ​​strongly depend on age. It is not necessary to drive children and adolescents into the framework of 120 to 80, as for them these indicators will be overstated. After all, most often the pressure increases with age. And for the elderly, already indicators of 140 by 90 will be natural. An experienced doctor can find out the normal pressure by age, correctly identifying the cause of the ailment. And it often happens that hypotension after 40 years passes by itself or, conversely, develops hypertension. 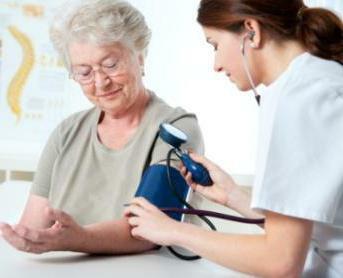 Why you need to measure pressure

Many people take headaches with pills, without contacting a doctor to find out the cause. But increasing the pressure level even by 10 units not only causes a deterioration in well-being, but can also be detrimental to health:

- may cause impaired cerebral circulation and stroke;

- worsens the condition of the vessels of the legs;

- memory worsens, speech is broken - this is also the consequences of increased blood pressure.

Therefore, continuous monitoring is necessary, especially with the appearance of weakness, dizziness and headaches. It is difficult to say exactly what kind of pressure this or that person should have. After all, all people are different, and you need to focus on your well-being. In addition, even in a healthy person, the pressure during the day can fluctuate.