Our gastrointestinal tract has its own microflora. In the stomach and duodenum there is practically no it, but in the distal( remote from the stomach) parts of the intestine it is possible to detect both the E. coli and yeast-like fungi. Inhabitants there also enterococci and lactobacilli - in general, in an intestine lives up to 500 kinds of microorganisms. Their number has an optimal ratio, which allows the digestive organs to function normally. But as soon as the balance is broken, dysbacteriosis develops. The reasons, symptoms and ways of treating this condition will be discussed later in the article. 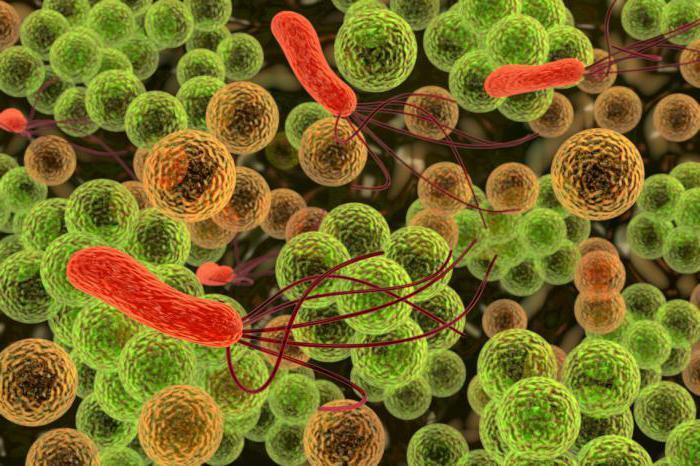 What is needed in the intestine for microorganisms

As can be seen from the above, the microflora in the digestive tract is diverse and includes even conditionally pathogenic microorganisms. Her vital activity in the intestine is justified and has a certain weight in maintaining the overall health of a person:

Without understanding how important the balance of microflora is for a person and their normal vital activity, it is difficult to fully understand the causes of dysbacteriosis. 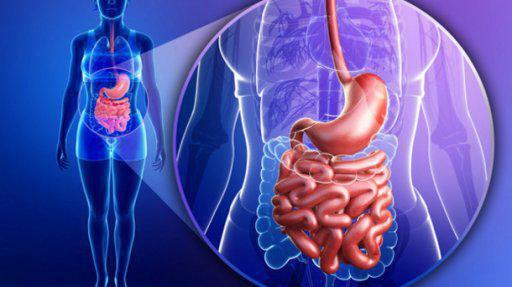 What provokes the dysbiosis

Both in adults and in children, dysbacteriosis is, above all, the death of beneficial microorganisms and the active development of pathogens. This situation can be caused by different reasons. In particular, the cause of dysbiosis in adults is often hidden in the following:

To problems with the balance of microflora may also lead to postoperative disorders resulting from the removal of part of the stomach, intestine or gallbladder, etc.

Causes of dysbiosis in children

For children( especially at an early age), the violation of intestinal microflora, as a rule, is particularly severeeffects. Although they have a dysbacteriosis, the reasons for the development of which we are considering, runs practically in the same scenario as in adults.

It can provoke both the characteristics of the intrauterine development of the baby, and his life after birth. For example, a violation of the bacterial balance of his intestine can develop as a result of a severe course of pregnancy or complicated delivery, prematurity, late application of it to the breast, or the presence of bacterial vaginosis in the mother. 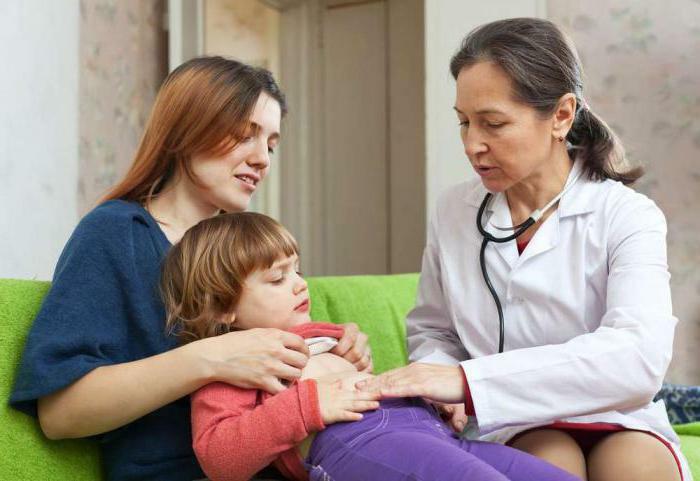 In what cases is the death of beneficial bacteria

The causes of dysbacteriosis in children, as in adults, lie in the death of beneficial bacteria of the intestine. This happens in different cases:

In infants, the emergence of symptoms of dysbiosis can be due to nutritional deficiencies in the mother's milk, the development of her mastitis, or the early transfer of the baby to artificial feeding.

dysbacteriosis is classified The cause of the disease and the severity of its manifestations make it possible to divide the described condition into decompensated, subcompensated and compensated dysbacteriosis.

In the first case, the patient's well-being deteriorates noticeably due to vomiting, frequent stools and general intoxication. Against this background, bacteria can enter the bloodstream and cause the development of sepsis.

With a subcompensated form of dysbacteriosis, the causes of which we are considering, appears moderately - in the form of poor appetite, lethargy, weakness, dyspeptic disorders and weight loss.

In the latter case, there are no external signs of the disease. 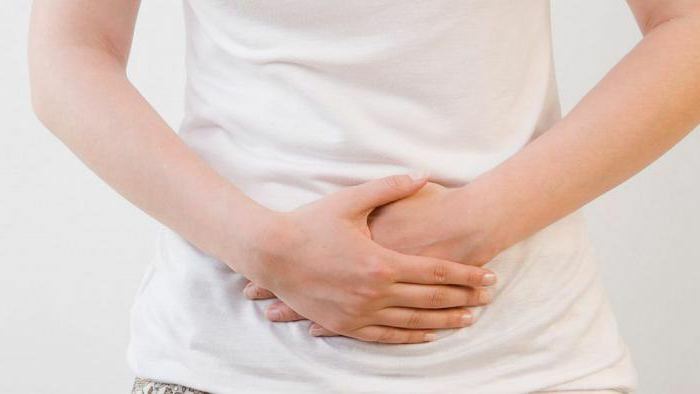 Symptoms of the dysbiosis

The manifestations of the described syndrome are varied in their degree of severity. How much the patient suffers from microflora disorders depends on many conditions - his age, lifestyle, state of immunity and the stage at which the disease is located. So, for example, if one patient has antibiotic use during a week can cause only small deviations in the intestinal microflora, then in another patient it can lead to severe digestive problems.

Depending on what causes dysbacteriosis, its symptoms can be expressed as follows:

The constant lack of vitamins and minerals caused by dysbiosis leads to jamming and cracks on the lips, increased fragility of hair and nails, the appearance of edema, insomnia, and the development of neurological disorders.

It should be noted that in some patients, regardless of what were the causes of dysbiosis, the syndrome may not manifest itself in any way and can be detected only after laboratory tests. 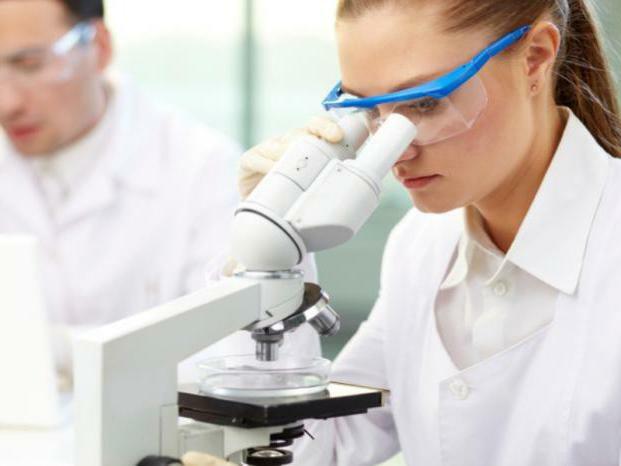 In modern medicine, there are many methods that confirm the presence of dysbiosis. But most often in practice bacteriological examination of feces is used for the presence of this pathology.

However, it has some drawbacks: with its help you can detect only a small number of microorganisms, in addition, wait for the results of the crop need about 10 days. And when collecting material for it, patients often break the rules. Let's remind them:

In addition to feces, mucosal scrapings, small intestine aspirates, etc., are often sent for examination, which are taken during an endoscopic examination.

Helps to diagnose dysbacteriosis and chromatography( during its time in the blood, feces and liquids from the small intestine the products of vital activity of the microflora are recorded).Also informative is a coprogram that helps to identify the iodophilic flora during microscopic examination of feces. 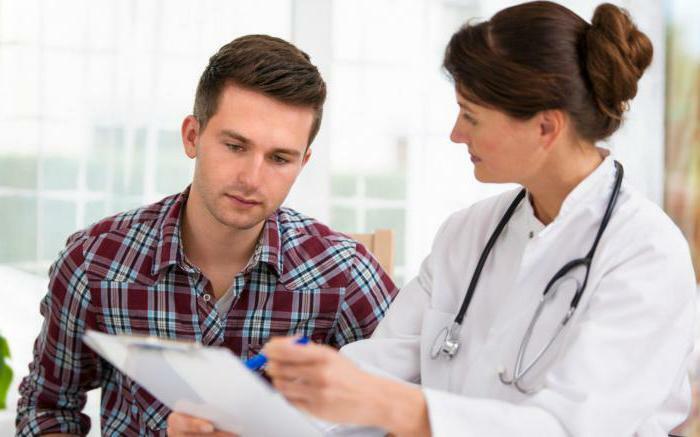 is treated The causes leading to dysbacteriosis are the starting point for the appointment of its adequate treatment. That is, in the first place it is necessary to get rid of the underlying disease that has become the cause of bowel dysfunction. Along with this, measures aimed at the restoration of microflora are carried out-medication and diet.

For the restoration of useful microflora of the intestine, the means having in the composition of living cultures( "Bifidumbacterin", "Linex" or "Lactobacterin") are used.

To get rid of dysbiosis diet compliance is not the only curative effect, but it can not be underestimated. The diet, including plant fiber, will allow not only to clean the intestines, but also to restore its functions. For this, fruit, greens, berries, nuts, vegetables, legumes and cereals( except manga and rice) should be introduced into the patient's diet.

Sour-milk products containing lacto- or bifidobacteria also have a beneficial effect on the microflora condition. 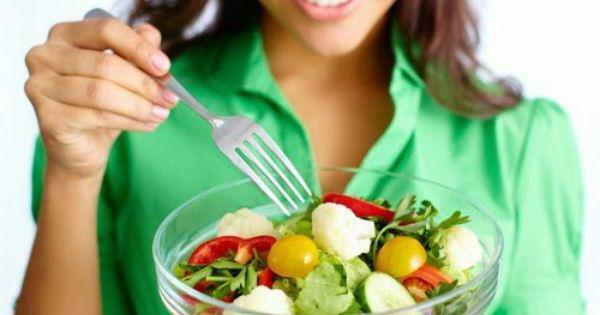 Measures for the prevention of dysbiosis

Dysbacteriosis, the causes and treatment of which we have considered in our article, is pathology, the occurrence of which can be prevented. But immediately we note that its prevention is a rather difficult task. Its main sections include improving the ecological situation in general, and adherence to an adequate food regime in particular. It is very important for the future of the normal functioning of the intestines to be breast-feeding a child.

Proper use of antibiotics and other medicines that can upset microbiocinosis( combining microbial populations inhabiting a healthy person) plays a significant role, as well as timely treatment of pathologies of the digestive tract, leading to a disturbance of the natural balance of its microflora.

A few words at last

Dysbacteriosis is not an independent disease, but one of the symptoms of pathological processes taking place in the body. Therefore, a change in the balance of microflora is not the main problem. Once the underlying disease is cured, the causes of dysbiosis also disappear. But if his manifestations are still troubling, then the patient has not been cured. And in this situation it is necessary to treat the dysbiosis itself, and its root cause is the underlying disease.