The human body is the highest stage of evolution. The person breathes, lives and moves through the coordinated work of the basic systems of organs. Each of them performs its specific role, but it does not interfere with the functioning of the rest.

Kidneys are a unique constituent of the body. It is a twin organ, which is tasked with purifying blood from harmful substances. When the debugged mechanism fails, various diseases occur. Among all the diversity, the most common is secondary pyelonephritis( obstructive).About his methods of diagnosis and treatment will be discussed in detail in today's article.

Pyelonephritis is an inflammation in the kidney caused by an infection. In this case, the kidneys, pelvis and parenchyma are involved in the pathological process. It can be caused by the activity of pathogenic flora. The causative agent of the disease usually enters the kidneys through the blood from the infected area. The disturbance of the urinary excretion mechanism significantly "facilitates" this process. 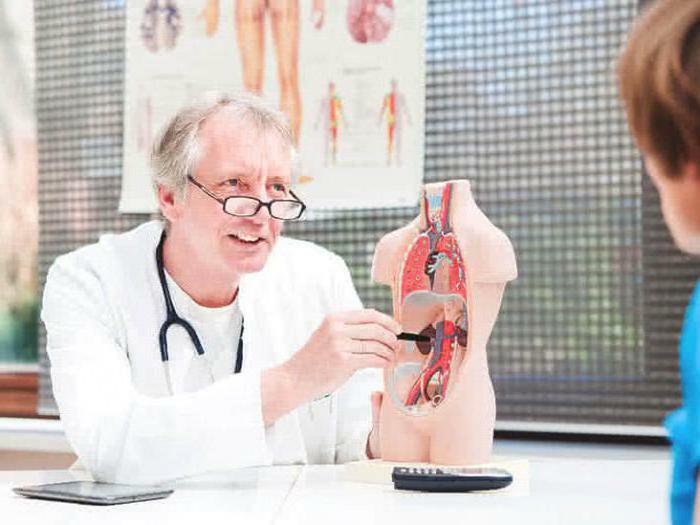 Pyelonephritis is a common ailment that occurs in people of all ages. In children, he is included in the three diseases along with respiratory infections. Inflammatory process in the kidneys is diagnosed in pregnant women. Almost every third suffers from adults. It is noteworthy that the representatives of the fair sex are more likely to consult a doctor. This is due to the anatomical features of the urethra: it is short and is located next to the vagina.

Despite the infectious nature, often one pathogen-bacteria is not enough for the development of pathology. The impact of several provoking factors is necessary to create an enabling environment for the propagation of pathogenic flora. Therefore, in medical practice, it is customary to isolate the primary( inflammation develops in an absolutely healthy kidney) and secondary pyelonephritis when the ailment occurs against the background of concomitant diseases( prostate adenoma, urolithiasis, etc.).

The latest version of the pathology is more common and requires more attention from doctors. His therapy is fraught with many complexities, since it is necessary to treat both pyelonephritis and concomitant illness.

The primary form of pyelonephritis is a lesion of a healthy organ. In this case, the cause of the disease is the microbes. They can live in the human body or enter the body from the outside. As a rule, in studies in the urine, there is an E. coli, staphylococcus, klebsiella or enterococcus.

Somewhat different etiology in secondary pyelonephritis. Against the background of existing pathologies and deviations in the work of the body, this form of the disease develops. These are, first of all, the following disorders:

The disease is by its nature secondary. Therefore, its appearance is often preceded by signs of primary pathology. This is the so-called triad of symptoms:

In some cases, secondary pyelonephritis has a latent course. The chronic form of the disease has a slightly different clinical picture, which will be discussed below. First, it is necessary to understand the triad of symptoms, characteristic of the acute course of the disease.

The temperature in the case of pyelonephritis always appears unexpectedly and persists at high elevations for several days. At the same time, the patient's condition deteriorates sharply. He can complain of headache, fatigue, chills and excessive sweating. 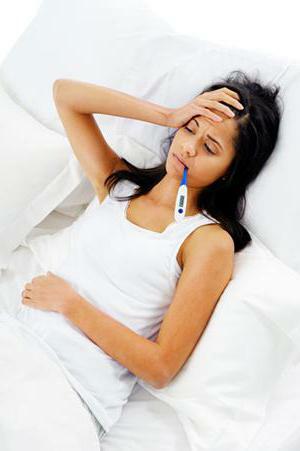 Pain in the lumbar region is always present from the side of the affected organ. Sometimes there is another characteristic of the ailment - renal colic. It is accompanied by paroxysmal severe pain, which literally blocks a person. He loses the ability to change the position of the body. In some patients, the pain is so severe that they even lose consciousness. To remove an attack it is possible only by means of strong spasmolytic agents.

With the "standard" course of the disease, one can observe changes in the urine. It becomes dark and cloudy, sometimes it starts to foam. In the case of a subsequent microscopic examination, bacteria and leukocytes will be detected in the liquid. However, with secondary acute pyelonephritis, this kind of change rarely occurs. This is due to the fact that obstruction of the ureter does not allow urine from the diseased kidney to get into the bladder. It will receive urine from a healthy organ. As a result, the standard urine test will be "clean".That is why ultrasound is always recommended to confirm the diagnosis.

Course of the disease in small patients

Secondary pyelonephritis in children usually shows symptoms resembling a fever. The attack begins with the appearance of chills. At the same time, the baby is shaking violently, it is possible that the temperature rises to a high level. Sometimes it reaches 41 degrees. General malaise is accompanied by nausea and vomiting. Abundant sweating leads to a decrease in temperature, strong weakness.

In children, secondary chronic pyelonephritis develops much more often than in adults. This is due to the anatomical and physiological characteristics of the child's kidneys, which have underdeveloped fatty capsules. Therefore, the supercooling of the body occurs very quickly, especially in the winter season. On the other hand, the circulatory system is not yet very long. For this reason, infections are much easier to reach the kidneys, because the immune system does not have time to destroy it.

Manifestation of a chronic form of the disease

Developing after a primary acute pyelonephritis, the secondary form is often chronicized. This situation is possible if the treatment was not effective enough. Secondary chronic pyelonephritis is characterized by the following clinical picture:

Timely detection of this form of the disease is very difficult. Weakness in the whole body, apathy and dorsal lumbar pain - such symptoms can indicate not only secondary chronic pyelonephritis. They are typical for many disorders, including inflammatory processes in the body, and recent stress, and even a common cold. That's why you should not try to diagnose yourself, start treatment. It is better to contact a specialist for help. 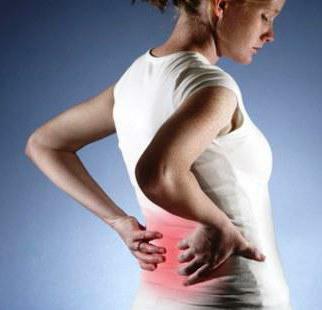 Diagnosis of the disease is carried out exclusively in clinical settings. Timely access to a doctor allows not only to correctly diagnose and start therapy, but also to avoid the development of serious complications.

For the confirmation of secondary( obstructive) pyelonephritis a complex examination is performed, consisting of the following activities:

A physical examination of the patient with palpation of the affected area is mandatory. During such a survey, the doctor specifies the time of appearance of the initial symptoms of the disorder, possible causes. The anamnesis, the transferred diseases of kidneys is in detail studied.

Treatment of secondary pyelonephritis, especially with attacks of renal colic, is carried out in a hospital. You can achieve recovery at home only in exceptional cases and with mild illness.

First of all, in the case of pyelonephritis, a patient is prescribed a therapeutic diet. It implies the exclusion of spicy and fried foods, spices, saturated fish and meat broths. Alcoholic beverages and coffee are prohibited. The diet should consist mainly of vegetables and fruits. Fatty varieties of fish are allowed. Particular attention should be given to the drinking regime. For example, a day should drink at least 3 liters of fluid. In this volume you can not include compotes, milk and liquid dishes.

"Golden standard" for the treatment of secondary pyelonephritis is considered antibiotics. Initially prescribed drugs of a broad spectrum of action intravenously or intramuscularly. All patients without exception in the course of diagnosis are given urine culture on the microflora with further determination of the sensitivity of the pathogen to antibiotics. The results of such an analysis come not earlier than 7 days later. After that, antibiotics prescribed earlier are canceled, but only those to which the causative agent of the disease shows sensitivity. 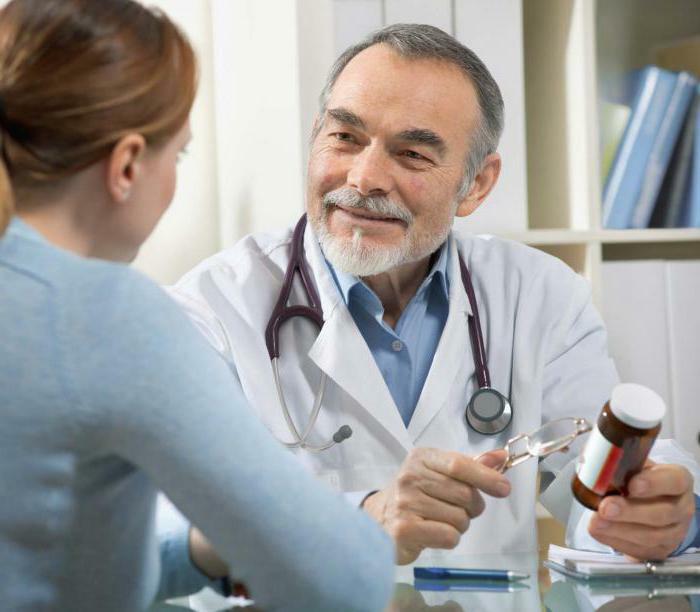 Surgery for secondary pyelonephritis is prescribed in case of ureter occlusion by calculi. The scope of intervention is determined by the severity of the pathology, the size of foreign objects in the genitourinary system.

If the stone is small, a catheter is inserted into the ureter. Another condition for the procedure is the prescription of the disease. Catheterization is possible only in the first 3 days of the phase of exacerbation of chronic pyelonephritis.

When the course of pathology is complicated by concrements of large sizes, the patient is assigned a number of consecutive operations. First, a puncture nephrostomy is performed - the kidney drainage under the control of an ultrasound machine. This procedure allows you to get rid of internal pressure, and the patient gets the opportunity to eat and drink normally.

The kidney itself is then examined for its functionality. If the organ is healthy and has a positive prognosis for recovery, an operation is performed to remove the stone. Most often resort to laparoscopic intervention. A more progressive method is the crushing of the stone by means of ultrasound. The remaining sand and debris are removed from the body naturally.

Sometimes the patient too late turns for help. In such cases, the course of secondary pyelonephritis can be complicated by pionephrosis, purulent melting of the parenchyma. Such unpleasant consequences are an indication for nephrectomy - resection of the organ. The operation allows to avoid the subsequent necrosis and infection of blood. It is conducted under general anesthesia, and in the future the patient is given a disability group. 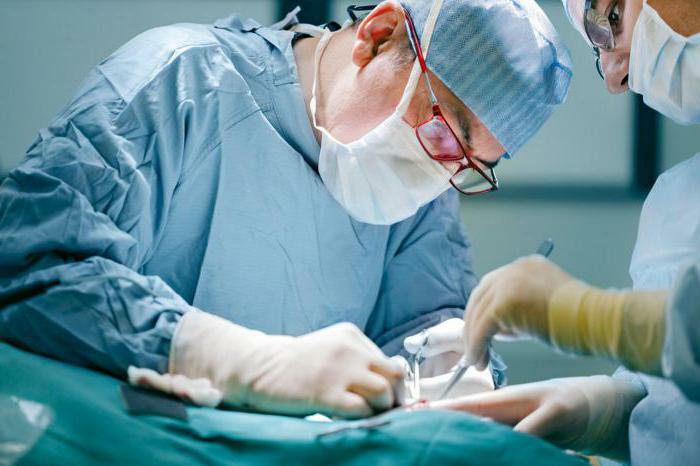 For the treatment of acute inflammatory process, prescriptions of folk healers show little effectiveness. Their help is usually resorted to in the chronic course of pathology and only as a supplement to the main course of therapy.

For example, for stopping pain and reducing puffiness, phytotea helps. It is prepared using chamomile, celandine, burdock and elderberry. All the ingredients must be mixed in equal proportions, pour a glass of 2 liters of boiling water and take infusion several times a day.

Before applying this or that recipe, you should always consult your doctor. Some advice of folk healers can do more harm than potential benefits to the body. 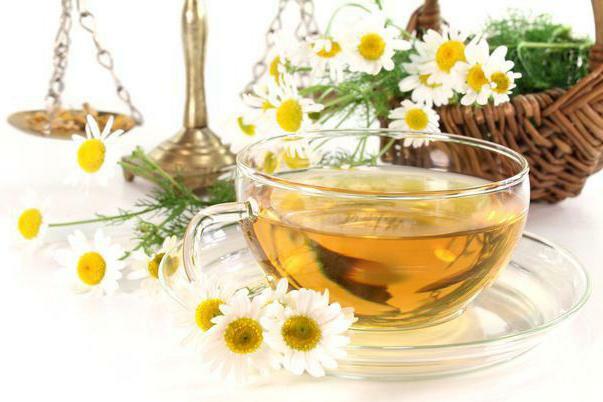 Prevention of secondary pyelonephritis is reduced to the treatment of the underlying ailment. For example, with urolithiasis, you must follow a strict diet in order to avoid the re-formation of concrements. In the case of cystitis - follow the hygiene of the genitals, do not overcool the body. When anomalies in the structure of the urogenital system, timely surgical intervention is recommended.

Also, to prevent the disease, a comprehensive medical examination should be performed twice a year with the mandatory delivery of urinalysis. Men are recommended to treat "profile" diseases in a timely manner. It's about prostatitis, adenoma and prostate cancer.

In women, inflammatory processes in the kidneys occur mainly in the second half of pregnancy. At this time, the fetus begins to push especially hard on the organs of the small pelvis. For the prevention of secondary pyelonephritis, doctors advise several times a day to take the position of the body, excluding increased pressure on the ureters. In addition, you should regularly visit a gynecologist and in time pass the recommended examination by a specialist.