Neutrophils segmented in the blood: the norm in women, men and children

Neutrophils are a group of the most numerous leukocytes, the main function of which is to fight with pathogenic bacteria and microorganisms that penetrate the human body. Unlike erythrocytes and platelets, neutrophils have a nucleus. Neutrophils are produced by the bone marrow and, depending on age, have different sizes and shape of the nucleus. 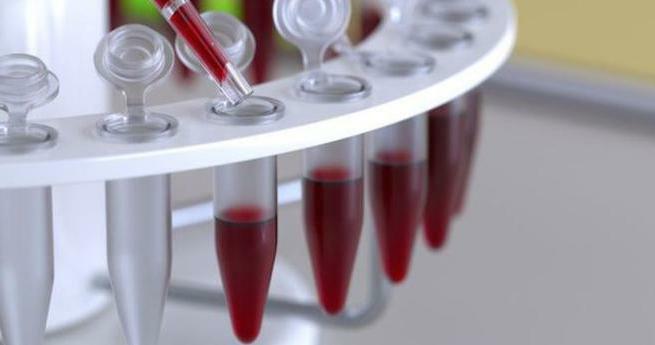 The degree of maturity of neutrophils is divided into the following groups;

Only segmented neutrophils are mature cells and have the highest specific gravity in the total leukocyte volume. Due to the ability not only to move in the blood stream, but also to penetrate through the walls of the vessels with the help of special outgrowths of the wall - the "legs", segment neutron neutrophils move in tissues to the affected area and dissolve pathogenic microorganisms in their protoplasm. After the "attack", neutrophils die, but the substances isolated by them signal to other groups of cells about the location of the infection, and bone marrow - about the need to develop additional young myeloblasts. Segmentation neutrophils in the blood. Norm - what is it? 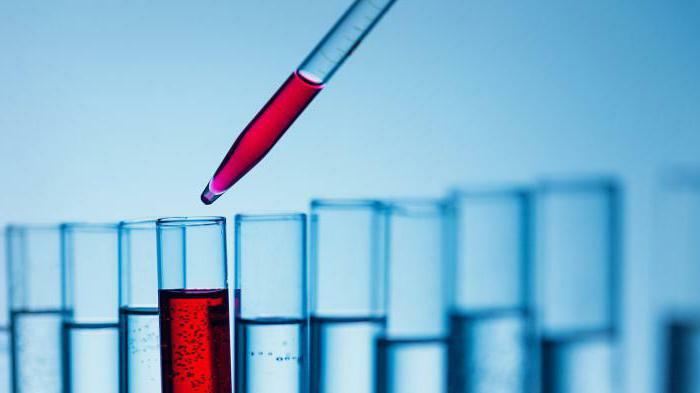 In a healthy adult, the specific gravity of segmented neutrophils is 47% -75% of the total number of neutrophils, with the number of stab neutrophils not exceeding 6%.Such a large difference is explained by the instability of the stab form and its rapid maturation into a mature neutrophil.

This is the norm. Segmented neutrophils in blood play an important role. Sometimes an absolute neutrophil count is used, which varies from 1000 to 7500 cells per microliter of plasma( recorded in thousands of cells per liter - 1.0-7.5 x 109 / L).In men and women, leukocyte counts do not have pronounced differences, they are more related to the level of hemoglobin, erythrocytes, hematocrit.

With moderate infectious attacks, only segment neutrophils participate in the protective functions of the body, the remaining younger forms continue to mature in the bone marrow and there are no blood in the blood. However, in the case of the emergence of extensive pathogens, when a large number of mature neutrophils quickly die and the replenishment does not have time to synthesize, the unresolved neutrophils of the four final stages are connected to the process of eliminating the infection.

By recording the stages of neutrophils from myelocytes to segmented nuclei from left to right, the leukocyte formula can have a shift to the left when the amount of "young" neutrophils is raised in the blood, or to the right when the norm of mature white blood cells is exceeded.

Elevation of the level of segmented neutrophils in blood plasma is called neutrophilia or neutrophilia. This is due to the fact that the norm of segmented blood in men and women is violated. In itself neutrophilia speaks about a sufficient level of immunity of the organism and its ability to withstand the onslaught of pathogenic bacteria, according to its level doctors first estimate the degree of pathology of the disease.

There are three degrees of neutrophilia:

Moderate neutrophilia within 8.0-8.5 with the norm of other leukocyte groups does not necessarily indicate a pathology. This can be caused by excessive physical exertion, psychoemotional stress, stress, overeating, menstrual cycle in women. Also, the shift of the leukocyte formula to the left can be observed after an infectious disease, during which an excess of "young" neutrophils was thrown into the blood, which were then transformed into mature segment-nuclear forms. Shift to the right can occur in cases of great blood loss, with blood transfusions, with certain types of anemia.

Causes of neutrophilia in adults

An extensive level of neutrophilia is due to a number of pathogenic factors. It can be various acute infections of the respiratory and urinary tract, gastrointestinal tract, joints. The generalized level of neutrophilia occurs with necrotic conditions, improperly administered vaccination, severe forms of poisoning with chemicals or alcohol, and oncological diseases.

Increase of leukocytes in women during pregnancy 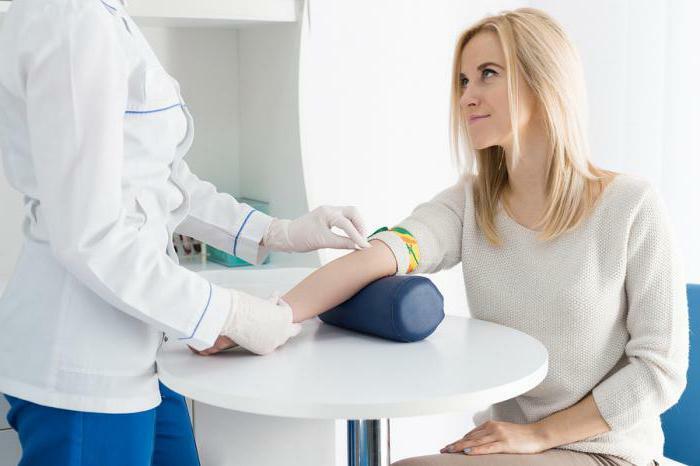 With the onset of pregnancy, in most women there is a general increase in the level of leukocytes in the blood. In the early stages of pregnancy, this is caused by a reaction to the embryo as a foreign tissue. Then the total specific weight of leukocytes is stabilized within 20% above the norm with the relative ratio of all types of neutrophils within the norms of an adult. Sometimes in women with fetal fetus, there may be a shift in such a parameter as the norm of segmented blood in women in the left with an increase in stab neutrophils. In this case, the remaining indices of blood, lymph, and urine are studied to detect the presence of pathologies. If no significant deviations are found, such a shift can signal the probability of miscarriage, a woman should not neglect a thorough examination and observation by doctors.

A decrease in the level of neutrophils below the norm is called neutropenia and occurs, as a rule, for three main reasons: 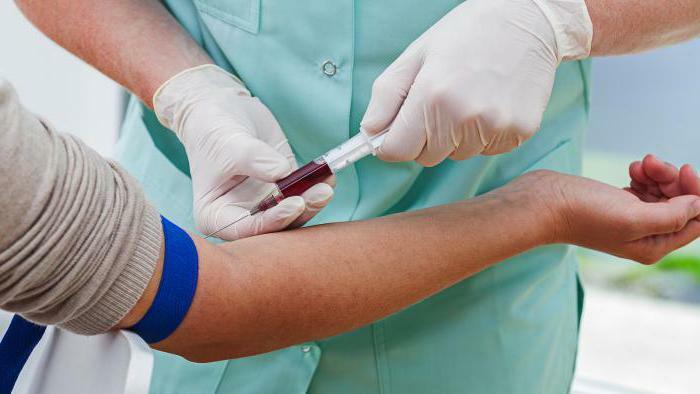 However, not always a lowered level of neutrophils indicates the presence of serious diseases or pathological abnormalities in the body. According to various sources, up to 30% of the Russian population have a permanent benign neutropenia of the first or second degree with the norm of all other blood parameters. Also in a small number of people, the drop in the level of neutrophils is of a cyclic individual character.

Reduced segmented neutrophils are extremely dangerous for the body. Treatment of diagnosed neutropy should be carried out immediately, as this condition can lead to toxic shock or death. Without a detailed blood test, neutropenia is difficult to recognize, as its symptoms are similar to many caused by a variety of other diseases. According to the analysis, the hematologist can accurately analyze the qualitative composition of leukocytes and other indicators and identify the degree of danger of abnormalities.

Segmented neutrophils in the blood: a norm in children

In children, the values ​​of the leukocyte formula differ from the adult norms. Depending on the period of life, these indicators have quite large fluctuations. Thus, at an adult rate of 47-75%, a newborn child has a segmented neutrophil level of 45 to 80%, a child under the age of 1 year is 15-45%, a child aged 1 to 12 years is 25-62%in adolescence - 40-60%.Then, usually in a healthy child, the level of segmented nuclei stabilizes within normal limits, and the number of stabs decreases from 17% to 5-6%.

You are interested in the indicator "neutrophils segmented in the blood of a child" norm? This table clearly reflects. 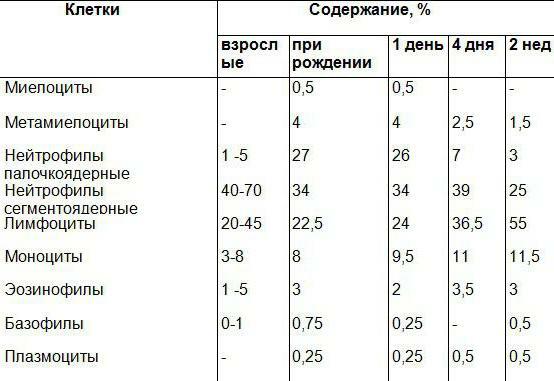 The reason for such a difference in the composition of children's blood is the process of formation of immunity, which reaches the optimal level only by adulthood. At the time of birth, the child's body experiences severe stress, so it builds a protective barrier, which causes a small neutrophilia in the first months of life. However, the bone marrow, which has not yet fully developed, causes a minimal level of protection by segment neutrophils at a high rate of stab neutrophils.

Neutrophilia in children can be triggered by a recent vaccination, which is a positive signal about the correct response of the immune system to infection. Also, an increase in the level of neutrophils can occur due to the use of drugs and steroid hormones.

Neutropenia in children can occur with severe allergic and anaphylactic reactions, anemia, during viral diseases that weaken general immunity, with the use of anticonvulsant and analgesic drugs, and chemical poisoning.

Usually, the special treatment of childhood neutropenia does not require, until the age of 5 the level of segmented neutrophils comes back to normal, but it should be remembered that such babies have a reduced resistance to cold and viral diseases, if possible, they should be protected from intensive foci of infection. Then, according to the results of the analysis, "neutrophils segmented in the blood", the norm will be revealed.

How to keep the white blood cells normal? 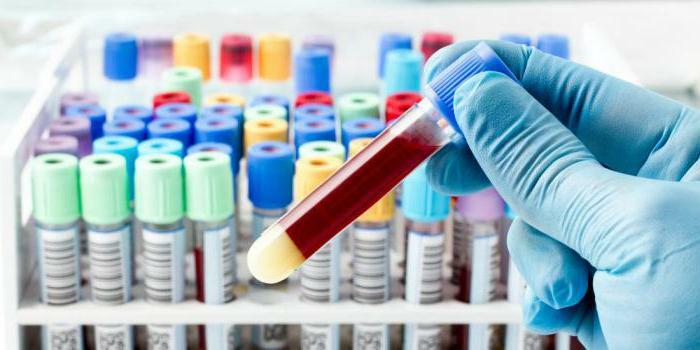 The normal stable level of leukocytes is promoted by various measures aimed at increasing the overall immunity of the body and enhancing metabolic processes. It is important first of all to take care of a quality diet, in which there should be a lot of vegetables, fruits, fiber, a moderate amount of calories, it is important not to overeat. To reduce the risk of contracting serious infectious diseases will help to make timely vaccinations. And it concerns not only children, but also adults, as today there are many different high-quality vaccines against such serious diseases as hepatitis, meningitis, from various types of sepsis, shingles.

Excellent prevention of infections and the presence of an element such as segmented neutrophils in the blood, the norm of which is stipulated above, is the regular rinsing of the sinuses of the nose with clean or salted water, as cleaning the mucous and villi in the nasal passages significantly increases their protective function. Do not neglect such simple and effective ways, like hardening procedures, walking outdoors, regular exercise. Also, you need to take measures to reduce stress, eliminate frequent stressful situations, it is important not to allow constant fatigue. In seasons of worsening of colds, one must try to protect themselves and their children from visiting public places, mass events.