Research Institute Sklifosovsky( Moscow): a list of services, doctors, departments, how to get, feedback

The scientific research institute named after Professor of Medicine Nikolai Vasilievich Sklifosovsky is widely known as the largest and most widely used scientific and practical medical center in Russia.

Just imagine, Sklifosovsky Research Institute has more than 40 scientific divisions, and half of them are clinical! The scientific-medical contingent of the Institute includes more than 800 people, among them 167 candidates of medical sciences, 37 professors, 6 people of honored workers of Russian science, 78 doctors of science, 3 corresponding members of the Russian Academy of Medical Sciences and even three academicians. 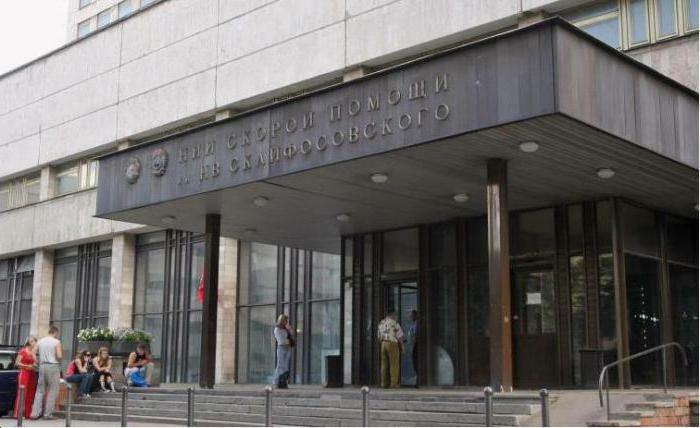 On the basis of the Sklifosovsky Research Institute, sophisticated and unique surgical interventions are performed using modern high-tech methods. From morning to evening, doctors of various profiles provide assistance to residents of Moscow and regions, and some patients receive inpatient treatment. The research institute has 962 beds, including 120( 1-5 local) resuscitation rooms. And, of course, a large number of patients receive emergency care here on an outpatient basis. In addition, the center has outreach medical teams, ready, if needed, to provide it to other Moscow clinics and their patients.

There are several departments in the structure of the medical center:

In a single place such a wide scope

In addition to restoring patients' health, Sklifosovsky Research Institute is engaged in educational activities, that is, specialists undergo additional training to improve their skills. Moreover, the center heads and conducts all sorts of scientific research work related to emergency medicine. Every day, work is carried out on the development and improvement of diagnostic medical methods and their interaction with the already known. Of course, the results are successfully implemented in practice. 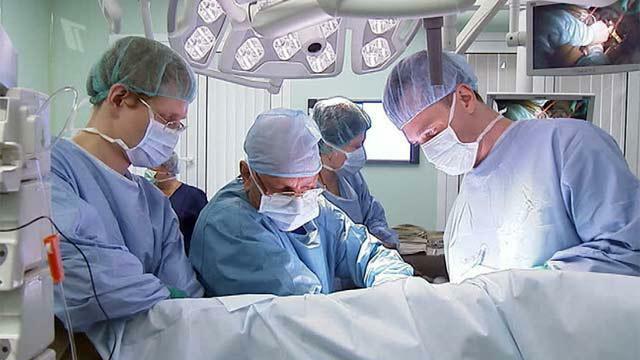 The department of emergency vascular surgery every day performs round-the-clock city duty and conducts only in Moscow up to 50% of emergency operations in patients with ruptured aneurysms in the abdominal department. Each year the department carries out up to 900 reconstructive operations on vessels. Such a significant amount of work carried out by the department's employees is possible, thanks to the creation of a number of 24-hour services.

The Scientific and Practical Toxicological Center of FMBA:

Daily and round the clock

Daily round-the-clock work of the center is to provide people with urgent emergency help. Hospitalization of patients is carried out when the brigades deliver "ambulance", as well as those who have come to the directions of polyclinics, trauma centers, women's consultations and other medical institutions. 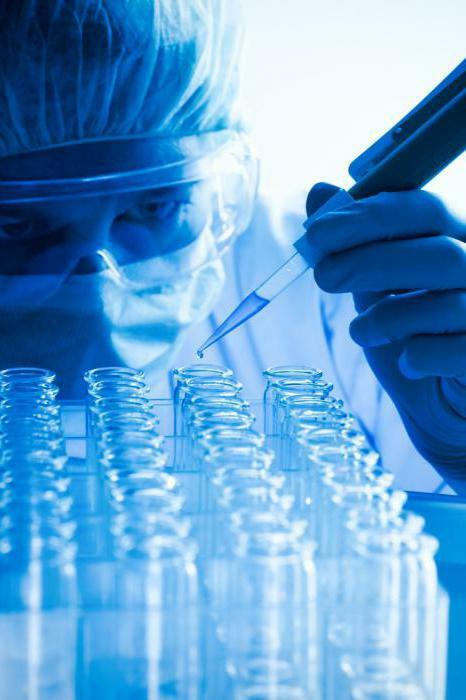 At a high level, the work of laboratory diagnosis is carried out daily in the medical center in terms of general clinical, microbiological, hematological, isoserological, coagulological, histological, bacteriological and immunological studies.

The list of paid services of research institutes and prices

Research center Sklifosovsky for all comers provides a number of paid services. Treatment on a contractual fee requires preliminary processing of documents and check issuance. The office for recording and decorations is located in the central reception section of the research institute. Medical card issuance and payment for services should be made on the day of the patient's admission, at least 15-20 minutes before the appointed time. What does the Sklifosovsky Institute provide paid services? All citizens can get:

How to get to Sklifosovsky Research Institute? Address of the institution

Muscovites are well aware of where the famous medical center is located. But daily a large number of people from the regions come to the capital for highly qualified treatment. People want to get into the Sklifosovsky Institute. How to get to the medical center? Nothing complicated in this. It is only necessary to reach the station "Prospekt Mira" or "Sukharevskaya" by metro. From any of these stops, you can walk to the Sklifosovsky Research Institute in 5-10 minutes. Address of the institution: 129090, Moscow, Bolshaya Sukharevskaya Square house 3. 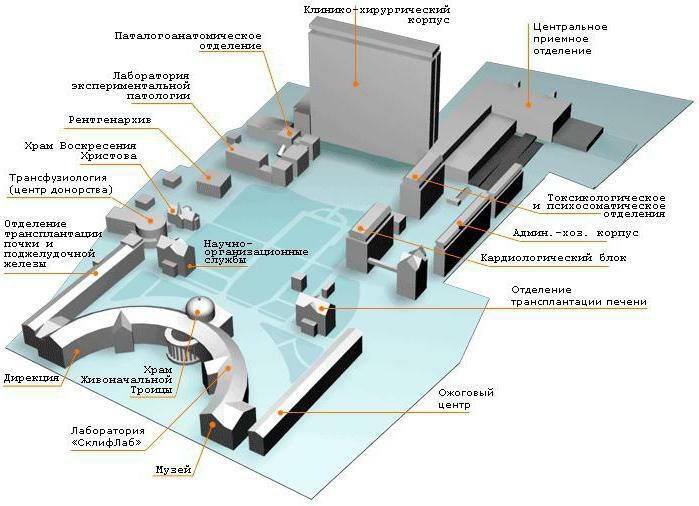 It will be enough to visit the medical center once and the question of how to find it will be closed forever.

The majority of patients with warmth and gratitude are doctors of the research institute. Numerous reviews of timely care, correctly diagnosed diagnoses and successfully conducted complex operations indicate the high competence and professionalism of the doctors of the clinic. By the nature of its activities, the doctor's work is a titanic work that helps people to gain health and happiness. And the doctors of the Sklifosovsky Institute have many state awards for professionalism. And it says a lot.

But, unfortunately, it is possible to meet and negative feedback, which expressed resentment for specific professionals. Such comments, as a rule, relate to their attitude towards the sick. The administration of the clinic does not disregard every case, reacting by reprimand or punishment from an employee who violated the ethics of the medical center. This suggests that the leaders of Sklifosovsky Research Institute cherish the reputation of the clinic. But good reviews, of course, much more. It is especially pleasant to read them about those situations when it came to saving human life, where the main role was played by such a miracle as the skill of a doctor.

Services provided at the Sklifosovsky Institute

Sklifosovsky Medical Center provides many different services that can be divided into separate groups:

Institute of First Aid to them. Sklifosovsky is equipped with a modern technical base, this fact in combination with constantly conducted research and scientific developments allows you to reach great heights. What was considered impossible yesterday was already replenishing a number of scientific achievements available for use. Thanks to this, the doctors of Sklifosovsky Research Institute are able to provide assistance even to patients who were previously considered hopeless. Here, one takes height from height to make humanity more healthy, active and successful.

The Department of Neurosurgery in the Medical Faculty of MGMSU was established on July 23, 2003 on the basis of the decision of the Academic Council. As a practical science, neurosurgery has emerged as a separate discipline. The diagnostic methods became more sophisticated, the indicator of the significance of this discipline in the structure of the provision of high-quality neurosurgical care grew. Such departments of SRI Sklifosovsky as intensive therapy and resuscitation began to require specialists with the required special training, as a result of which the existing chair was renamed the Department of Neurosurgery and Neuroreanimation on the basis of protocol No. 7 signed by the Academic Council of the University.

The main directions of the pedagogical work of

As a postgraduate education the department of SRI Sklifosovsky Research Institute "Neurosurgery and Neuroreanimation" organizes master classes on various issues in the field of urgent neurosurgery related to non-traumatic intracranial hemorrhages, craniocerebral trauma and so on. The lessons are enriched with lectures by leading specialists, clinical case studies and demonstration operations on anatomical models. The base of the department is a branch of the Institute of First Aid to them. N. V. Sklifosovsky.

It is possible to get treatment in the neurosurgery department:

A few lines of the history of the emergence of the

. As it all began, you can learn only from archival sources. And they tell us that in 1803 Count Nikolai Petrovich Sheremetyev organized a patronage mission for the development of science. He bought a house and assigned one part to a mini-hospital for 50 people, and the second - under a girlish shelter for 25 orphans. This was the first institution in our country to provide medical care to the poor.

During the war of 1812, the Sheremetiev hospice organized a hospice for the wounded French army, then( from 1878), wounded soldiers of the Russian-Turkish war came here. Participants in all subsequent wars also received medical care here. Since 1815, there has been a constant surgical practice. And on this already established medical base, the Institute of Emergency Care was organized.

Why the name of Professor Sklifosovsky?

In 1929 the institution began to be named in honor of N. V. Sklifosovsky for his works on practical surgery, which in wartime were urgently trained by specialists. Such doctors had to practically immediately apply the acquired knowledge to practice. During the war, the flow of the wounded did not stop, and the professor's labors concerning operations on the abdominal cavity, antiseptics, jaw resection and even cutting of goiter saved the lives of many wounded fighters. This was the merit of Sklifosovsky. Hospital Sheremetyev named in his honor by right. 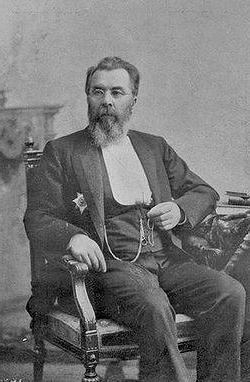 Sklifosovsky himself during the military campaigns gained a wealth of practical experience, as he worked in dressing stations, a surgeon-consultant, a field surgeon and a leading surgeon of the Russian army. His military activities gave a lot of material for the publication of a number of works on military medicine and health.

Arrangement and growth of the

Established in the territory of the Sheremetyevo hospital, the ambulance station, which was headed by G. Gerstein at the time, became the branch of the Institute. Then he was headed by A. S. Puchkov, under whose leadership a well-established system of documentation and reporting was created. It greatly facilitated the work of the staff, organizational principles were developed, and technical re-equipment was carried out, and as a result, the work of the branch rose to a new qualitative level. Until the fortieth year the station remained part of the Institute, and later it was allocated to a completely independent organization.

The Sklifosovsky Institute has become a pioneer innovator in the organization of an emergency surgical service. Its main principles were formulated, such as the provision of skilled operational assistance at any time, morning conferences to discuss the work of the day, participate in the diagnosis of radiologists and so on.

SRI was the first to raise the issue of the need for preventive work related to the prevention of accidents and actively promoted the adoption of a number of measures to help secure the everyday side of life in Moscow.

From military to peacetime

The number of wounded soldiers taken during the Great Patriotic War by the Institute. NV Sklifosovsky exceeded tens of thousands. Everyone was provided with the necessary assistance. To save the lives of many of them had to immediately take to the operating room. Here, the most complicated operations were performed to save the lives of the soldiers and return them to the system. Then, on the foremost fronts, many operating surgeons and nurses of the Sklifosovsky center worked. The hospital hospital was reorganized in accordance with peacetime tasks. 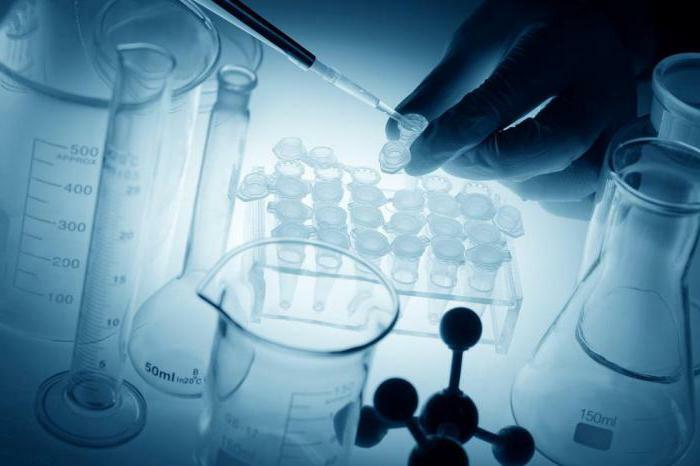 Over the past decade, the Sklifosovsky Medical Center has an educational and clinical department that annually produces up to two hundred residents. The postgraduate and doctoral studies in such specialties as cardiology, anesthesiology and resuscitation, traumatology and orthopedics, surgery, neurosurgery, cardiovascular surgery have been opened and are successfully functioning. The editorial and publishing department of the Center is preparing to publish scientific works of the scientific research institute. In addition to all this, the institute boasts the availability of a rich scientific and medical library.

In the scientific research institute Sklifosovsky, which arose two centuries ago on the basis of the hospital-shelter, for the whole history of existence there were many well-known doctors in the world medical community. Health is the most valuable gift for a person. And you need to protect it as much as possible. Unfortunately, sometimes, even regardless of our accuracy and caution, there are accidents, burns and injuries that require urgent and immediate medical intervention. This is precisely why the Sklifosovsky Institute exists. Here you are at any time ready to help.