"Lyoton" or "Troxevasin" - which is better? Description of products, application, prices

Treatment of venous diseases in recent years is most often carried out in a complex manner. Despite this, women often choose their own medications to eliminate unpleasant symptoms of varicose veins. The most safe form for self-treatment is a gel or ointment. These types of compounds practically do not affect the functioning of the body, in particular, the stomach, intestine and liver. Often patients ask themselves a question;"Lyoton" or "Troxevasin" - what is better to choose? Reply to it immediately is not possible. To understand this task, it is necessary to conduct a comparative analysis. This article will tell you which drug is better to buy in this or that case - "Lyoton" or "Troxevasin".Which is better for the price and method of use, you will learn further. 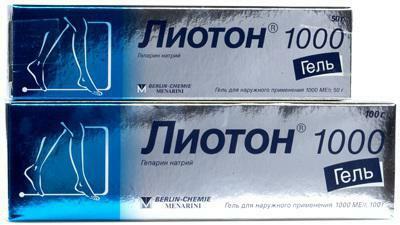 What is the price of the drug "Lyoton" and "Troxevasin"?The first medicine has several different volumes. You can choose a tube containing 30, 50 and 100 grams of the medicine. Accordingly, the drug "Lyoton" costs about 350, 500 and 800 rubles. As you can see, the more capacity you get, the cheaper it costs.

The medication "Troxevasin" will cost about 200 rubles. For this amount you will receive 40 grams of gel per tube. Based on the information provided on the value of the product, the drug "Troxevasin" is a more profitable acquisition. However, consumers are also interested in the quality of the medicine. Let's try to find out, "Lyoton" or "Troxevasin" - what is better?

Description of medicines and their composition

Ointment "Lyoton" is available in several volumes - you already know it. This feature is provided for the convenience of the buyer. The active substance of the drug is sodium heparin in the amount of 1000 IU per gram of gel. In addition, the preparation contains alcohol and oils, as well as other additional constituents.

What about the drug "Troxevasin"?The active substance of this gel is troxerutin. Additional components are presented in a smaller number than its predecessor.

What are the analogues of the drug "Troxevasin"?Comments from consumers say that the full substitute for the drug will be ointment "Troxerutin".Its name is due to the active substance. However, an indirect analogue of the drug is the "Lyoton" ointment. After all, the effect of these medicines is approximately the same, despite the different composition. 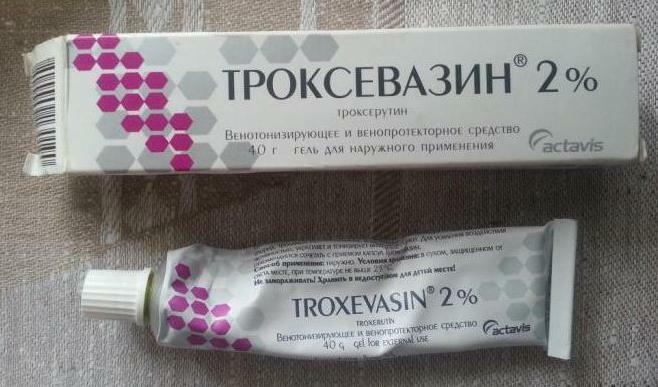 Indications for the use of drugs

Which means to choose - "Lyoton" or "Troxevasin"?What is better is to say at once and not. Both these formulations have the same indications for use. They are prescribed as symptomatic therapy during varicose veins. So, the compositions are prescribed for thrombophlebitis, thromboembolism, with edema, convulsions of the lower limbs. Compositions are used to eliminate vascular asterisks and improve the condition of the veins.

"Lyoton" medication is also used for the treatment of bruises and bruises. Often he is appointed in the postoperative period. It should immediately make a reservation that the ointment "Troxevasin" is not able to cope with the listed conditions. 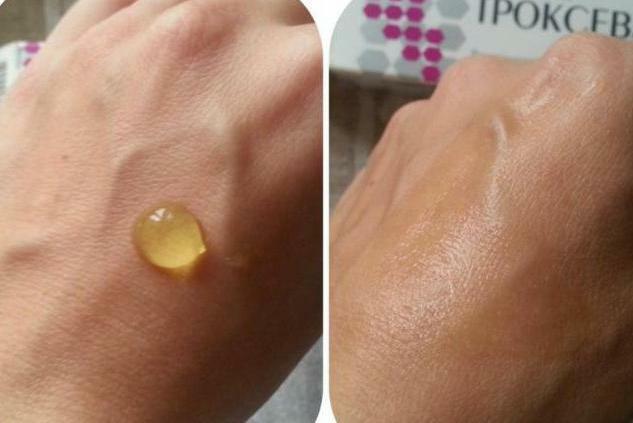 If it speaks of contraindications and possible side effects, then which remedy should you prefer - "Lyoton" or "Troxevasin"?Which is better and safer?

The drug "Lyoton" is not prescribed for hypersensitivity to the components of the gel. Also in some cases, it can cause allergic reactions, which are expressed by itching and rash. On this, the limitations and unpleasant consequences in the application of this drug end.

Treating with "Troxevasin" can have more unpleasant consequences. Instruction for use reports on such conditions as headache, abdominal pain and allergy at the site of application. The drug is not allowed to use to persons under 18, future mothers, as well as women during lactation. The composition is not assigned if ulcers and wounds are detected.

The use of the described drugs is approximately the same. A small amount of gel is applied directly to problem areas and gently rubbed. The drug "Troxevasin" is used twice a day. In this case, doctors recommend combining the correction with the simultaneous use of capsules. Ointment "Lyoton" is applied from one to three times a day, depending on the severity of the disease.

Duration of application of the formulations can last up to three months. It all depends on the patient's condition and complaints. If desired, you can take a break and then continue the correction.

The price of these drugs you already know. If we only consider this fact, then the medicine "Troxevasin", undoubtedly, wins. However, all the items described should be taken into account during the application of the formulation. So, the medicine "Lyoton" is safer. This is not only spoken by patients, but also by doctors. This compound can be used even in future and lactating mothers. While "Troxevasin" is contraindicated in these situations. 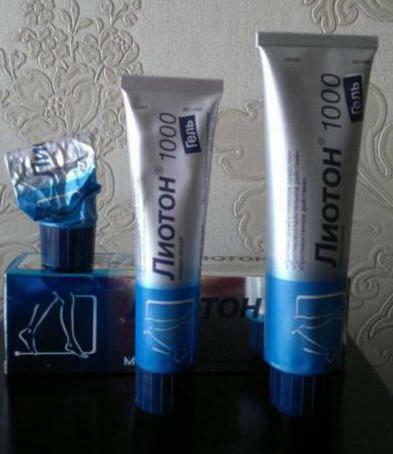 The medicine "Lyoton" has a more pleasant consistency. After its application, there is no sticky layer and a sharp odor. This can not be said about the medicine "Troxevasin".This composition has a yellowish tinge which, if used for a long time, can remain on the skin. This is reported by many consumers.

What do they say about the action of these medicines? Phlebologists report that "Troxevasin" is a more anti-inflammatory drug. It acts directly on the veins and capillaries, removing them from edema and improving blood circulation. However, this drug is not able to eliminate the already appeared expansion of veins. Also, it does not completely eliminate the spider veins. How does "Lyoton" work? This medicine alleviates the symptoms of varicose veins, and it also has anti-inflammatory and anticonvulsant effects. Vascular asterisks and small bruises disappear after a long time at all. The drug helps to thin the blood and regenerate skin tissue. He is often prescribed in complex therapy. The effectiveness of treatment increases several times. 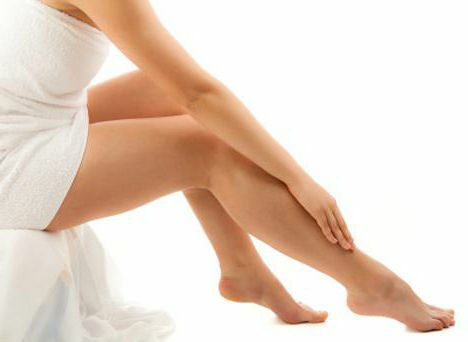 Now you know what is best to buy, "Lyoton" or "Troxevasin".Remember that, despite all the qualities and promises of the manufacturer, no drug is able to restore the already injured veins. In most cases, such drugs are prescribed to alleviate the symptoms of pathology and prevent its further development. However, completely cure varicose veins can be exclusively surgical method. After such corrections, the use of the drugs "Troxevasin" and "Lyoton" increases the likelihood of a positive outcome. Watch the health of your feet, use proven means and always be beautiful!