You can estimate the whole gamut of sensations if you use Japanese condoms. The reviews confirm the manufacturers' assurances that the ultra-thin product maintains the necessary thermal conductivity and allows forgetting the presence of a foreign object. 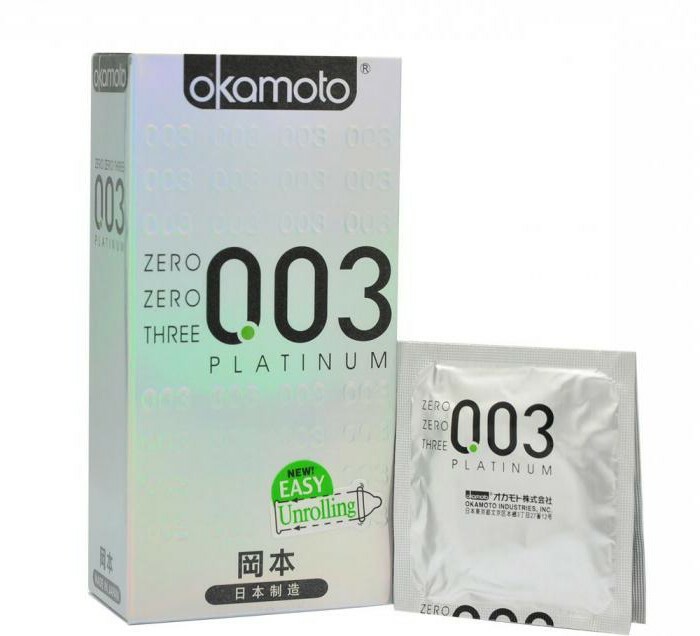 Before purchasing product No. 2, it is important to understand what exactly you need to pay attention to when buying. So, on sale it is possible to find both usual, and ultrathin condoms. If the thickness of the first of them is 0.06 mm, then the second can be from 0.02 to 0.05 mm. The latter option is called ultrathin condoms.

The finest products can be found from Japanese manufacturers. Their thickness is 2-3 times less than the standard. This is what guarantees the preservation of the whole gamut of sensations. According to people's reviews and manufacturers' assurances, it transmits heat perfectly and practically does not feel such a condom. The Japanese version of this latex product is able to bring sensations closer to natural ones. In addition, polyurethane protection products can be found on the market, which are suitable even for people with latex allergy. 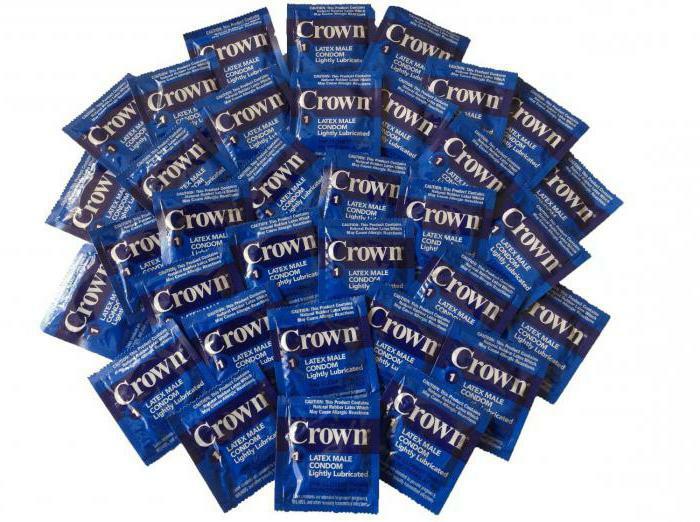 Choosing the best Japanese condom, many pay attention to products of the firm Okamoto. This manufacturer is considered one of the leaders in the market for the production of these products.

According to the American surveys, Okamoto Crown condoms are considered the best. The thickness of their walls is only 0.03 mm. They are made of latex using the unique Sheerlon technology.

No less popular are Japanese condoms Okamoto Platinum. The thickness of these products is 0.03 mm. They look like regular condoms with a drive.

The company also produces Okamoto Corporation condoms Real Fit. These products differ from those that are customary in form. They do not have a drive at the end. Their shape is as close as possible to the anatomical shape.

Separately select Okamoto Jumbo. They are just suitable for those to whom other options seem small. This model features an increased size and a narrower shape at the end. When using them, people note the maximum convenience, softness and reliability.

Okamoto also has thicker Japanese condoms( 0.04 mm) called Almost Nothing. In addition to ultra-thin anatomical products, they produce a line of Beyond Seven Studded with spikes. These condoms are designed to improve sensations during sexual intercourse. They are made by special Sheerlon technology, which makes them ultra-thin. During closeness, the maximum range of sensations remains.

In the same line, you can find a special condom with aloe. On its surface, 4 times more lubricant is applied than for conventional means of barrier contraception. Aloe extract is intended to prevent the appearance of irritation, itching, pain. 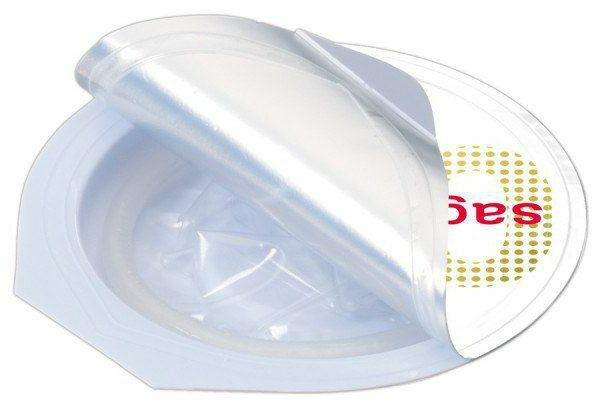 Another leader in the production of rubber products from Japan is also behind Okamoto. The company Sagami produces condoms Sagami Xtreme Cobra with a unique form that prevents slipping. They narrow down in order to ensure the most tight fit. This Japanese condom is made of latex with the addition of silicone oil without any flavoring. The maximum realism of sensations is achieved due to the fact that these products do not have a drive.

This manufacturer also produces ultra-thin condoms Sagami Xtreme Energy. This is a unique product, because when it is made, the fragrance Red Bull is added. On assurances of manufacturers, at its use all gamma of natural sensations is saved. The thickness of the walls of these personal protective equipment is about 0.04 mm.

The company also developed an interesting novelty - condoms with the smell of Cola. These latex products are the usual form with a smooth texture, they are moistened with silicone oil. The thickness of the walls is 0.04 mm.

The means of barrier contraception under the name Sagami Fil Fit are characterized by a realistic shape without a drive and a well-designed design. This reduces the risk of slipping the condom. On the top of this latex product is a special texture notching. 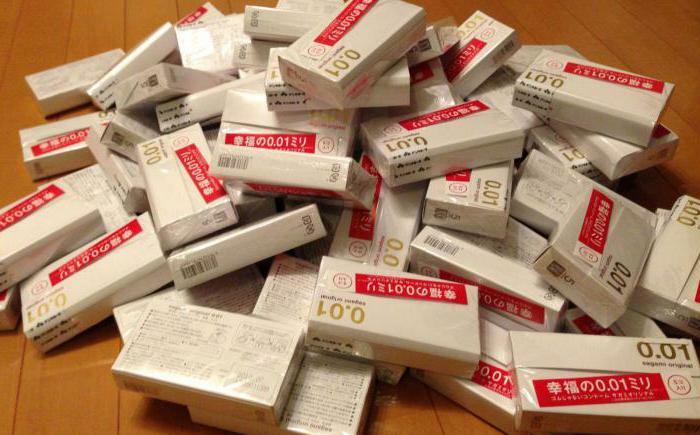 Especially popular are Japanese condoms Sagami. The thickness of the walls in products manufactured under the trademark Sagami Original Premium is only 0.02 mm. They are made not from latex, but from polyurethane. At the same time, studies have shown that their strength is 2 times higher by the results of tensile tests. When checking the volumetric extension, it was found that they are capable of withstanding loads 3 times more than conventional condoms. The thermal conductivity of these products is 7 times higher than that of standard latex variants.

In addition, these condoms differ in that they do not have a specific odor. The absence of proteins and chemical catalysts excludes the appearance of any allergic reactions. By the way, in some countries the number of people with a reaction to latex reaches 10%.Condoms Sagami Original Premium are characterized by a smooth surface and high transparency. Each ultrathin condom Japanese guarantees maximum naturalness of sensations. 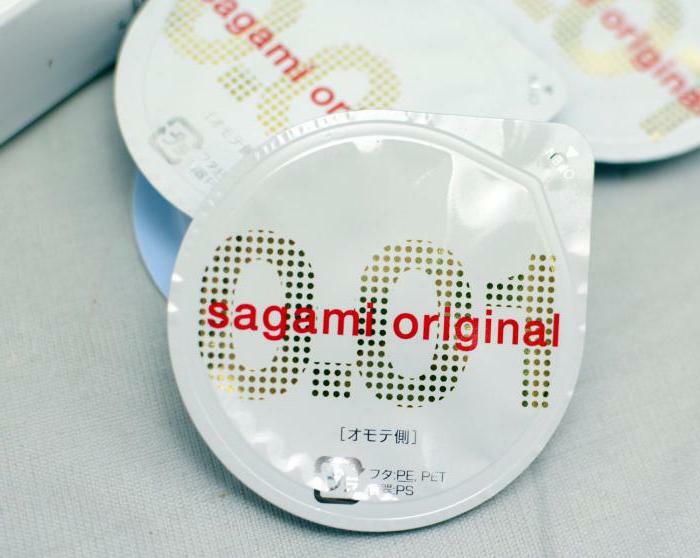 It is possible to increase the duration of sexual intercourse if you use the means of protection from the company Sagami, produced under the name Xtreme Feel Long. They are made of latex with the addition of a special silicone prolonging lubricant. They are able to reduce hypersensitivity, and this guarantees an increase in the duration of sexual intercourse. It differs from other similar products in that there is no anesthetic in the lubricant( such as lidocaine or benzocaine), so they can be used daily.

This is a fairly thick Japanese condom: the thickness of the walls is 0.09 mm. They are of an anatomical shape, a special extension is made in the head region. Promotes the emergence of additional sensations and a special point structure.

Reviews of people about condoms Okamoto 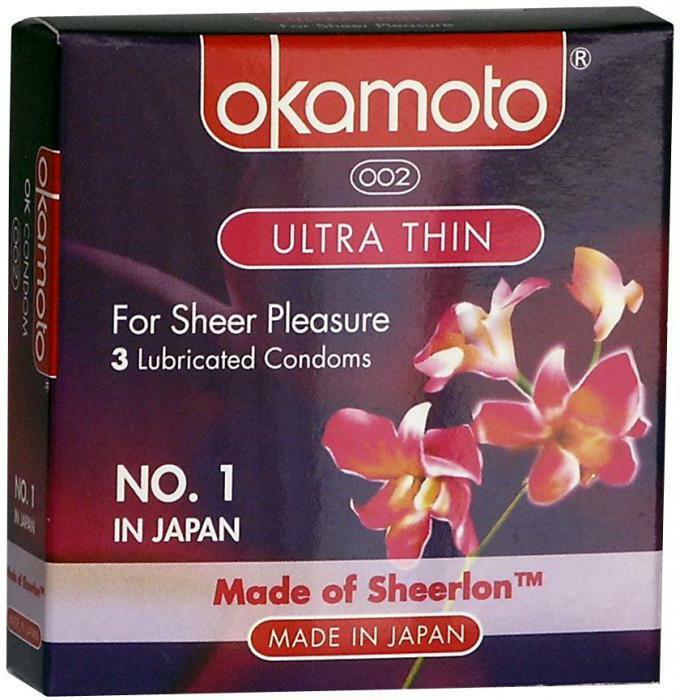 Given that the cost of Japanese remedies is slightly higher than others, many people want to first learn the opinions of those who have already used them.

Most people note their ultra-thinness. Many even say that at first during the sexual act they constantly checked to see if they were in place. People confirm the naturalness of sensations, and increased thermal conductivity, and tight fit.

But many say that the Japanese condoms "Okamoto" is difficult to pull. Some of this is not the first time. In addition, people note that they have too little lubrication. And this is the reason that they are twisted back. Also, it should be noted separately that their length is 190 mm. Although, according to some men, the manufacturer slightly embellished the reality, and in fact they are somewhat shorter. Those who need more models, it is better to look for Jumbo condoms from the Japanese firm Okamoto.

Reviews of products No. 2 of Sagami

Fans of Japanese remedies choose the most interesting options for themselves. Some stop at Okamoto products, while others prefer products from Sagami. You can find them both in specialized stores, and in ordinary supermarkets. You can order these products via the Internet. 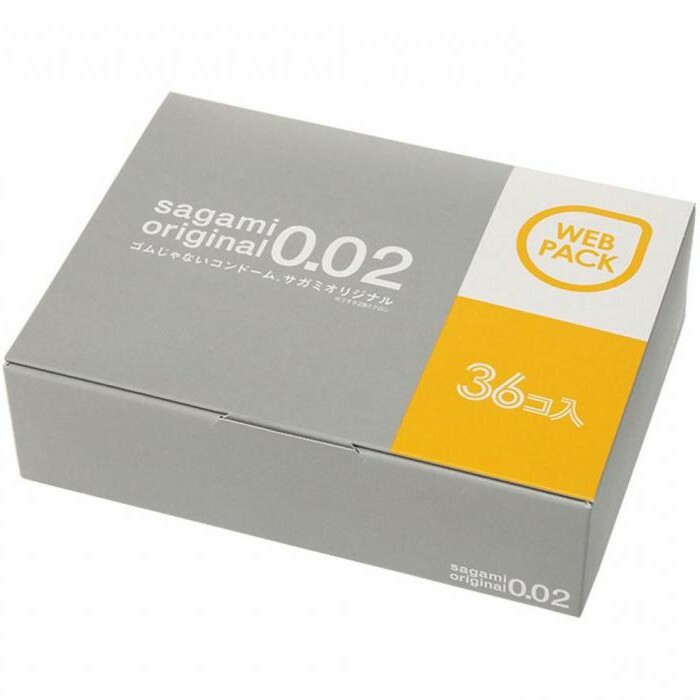 These condoms are suitable for many people. Photos of some of these products, however, may surprise. After all, most people are accustomed to conventional means of barrier contraception with a drive at the end. But certain models of Sagami condoms are made in such a way that in appearance it corresponds to the male genital. This ensures maximum fit and ensures the naturalness of sensations.

As with condoms from Okamoto, Sagami products are almost not felt during intercourse. But ordinary consumers note a fairly high price of products. You can save a little by taking a large pack at once. However, some say that wearing ultra-thin Japanese condoms is problematic. You have to adapt to them.