Rotavirus infection doctors are otherwise called intestinal flu. This is quite a dangerous disease, which often occurs in children. Adult people easily endure pathology, thanks to the formed immunity. There is intestinal flu with diarrhea and vomiting. In addition to these symptoms, there may be other signs: nausea, loss of appetite, fever, headache, runny nose and so on. Each person's body reacts differently to the pathogen.

In order not to be in a dangerous situation, it is necessary to know what are the medicines from rotavirus. However, self-medication is not worth it. If signs of infection appear, consult a doctor. It is especially dangerous to conduct therapy alone in young children. 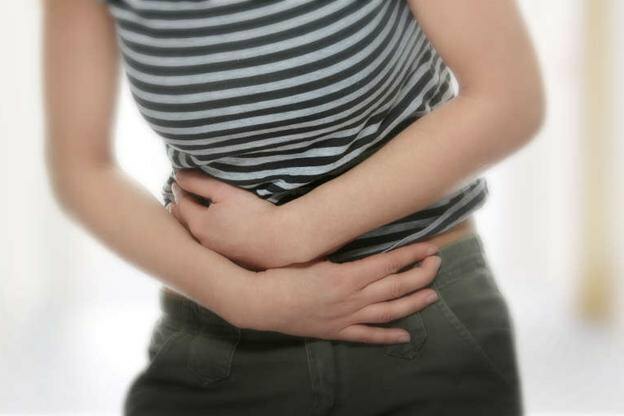 Drugs do not have to be taken if you remember this disease and regularly carry out its prevention. You need to know the sources of infection. The bulk of the viral intestinal infection is transmitted through dirty hands. Objects and clothes, personal hygiene means - everything is capable of detaining intestinal flu on its surface. If an infected person has taken care of a rail in the bus or used a basket in the supermarket, then after him remains a huge number of microbes that can hit not one person. Infection can be transmitted through toys, food, water.

To protect your child, teach him to wash his hands all the time and use only personal hygiene products. Immediately after returning from the street, the baby should use antibacterial soap. Also, antiseptic gels are used when there is no water nearby. Prophylaxis of rotavirus can be carried out with the help of medicines. The drugs used for this are sorbents and probiotics. But these drugs will not give a guarantee of protection, if the rules of antiseptics are not observed.

Treatment of the disease: a list of the necessary tools

What kind of medicine for rotavirus is used for infection? Schedule a treatment and appoint certain drugs should a specialist. Show the baby to the pediatrician or infectious disease specialist. Probably, it is necessary to hand over some analyzes. The list of prescription drugs can be different. Usually, doctors use the following medicines:

For certain indications, preparations of other routes may be prescribed. Consider what medicines are used against rotavirus.

No intestinal flu passes without a digestive disorder. Diarrhea is a constant satellite of infection. Diarrhea is a frequent loose stool, accompanied by flatulence, pain in the abdomen. Quite often the feces acquire a greenish color and a foamy consistency. Which medications for rotavirus are effective in this case? 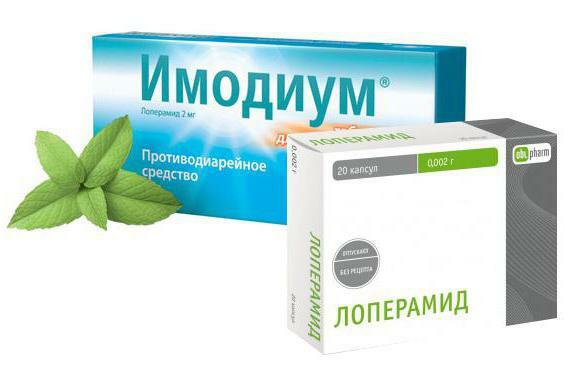 From diarrhea, drugs based on loperamide will help you. Their trade names are Loperamid Stada, Imodium, Loperamid, Lediumum, Superilol. All of them are contraindicated for children under the age of two. Some formulations are not assigned to children under 6 years of age. It is also forbidden to take these remedies for severe hepatic insufficiency and suspected intestinal obstruction. Less often, drugs based on diphenoxylate are prescribed.

The second most common sign of intestinal infection is nausea and vomiting. They do not appear to all. The most vulnerable to such manifestations are young children. In adults, this symptomatology is very rare. If the child tears from each fluid intake, then inpatient treatment is necessary. With rare attacks, outpatient therapy is possible.

Drugs from rotavirus, fighting with vomiting, there are different. The doctor can prescribe medications on the basis of domperidone. These are such drugs as Motilium, Motilak, Passazs, Domstal and others. They are available in the form of suspensions and tablets. The latter form due to high dosage is not prescribed for children under 5 years. 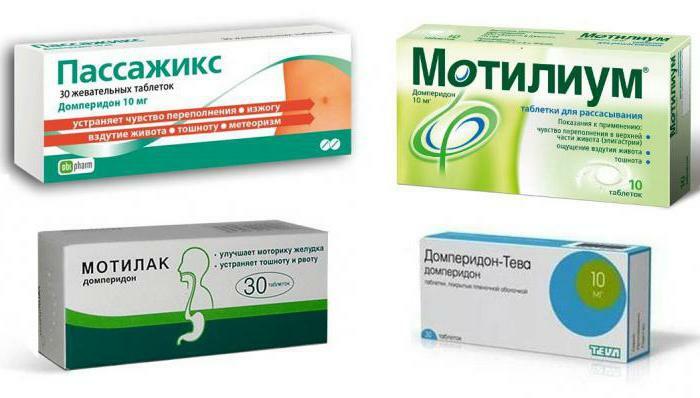 Also, doctors use metoclopramide-based drugs. These are such medicines as "Tserukal", "Reglan", "Metamol", "Perinorm".It is forbidden to use these drugs during pregnancy and lactation, with intestinal obstruction and bleeding in this area.

The next remedy for rotavirus that can be prescribed by a doctor is a rehydration solution. Dehydration occurs during diarrhea and frequent vomiting. This condition is dangerous for an adult, and a child can even lead to a fatal outcome. With dehydration of the body, blood condenses, there is a risk of blood clots. Death occurs when there is a fluid deficit of more than 20%.To restore the normal level of electrolytes, salt and water in the body, the following drugs are used:

In the pharmacy network you can purchase a complex medicine: "Regidron", "Citraglukosolan", "Hydrovit Forte."They include sodium chloride, sodium citrate, potassium chloride and dextrose anhydrous. These medicines are usually released in powder. Bulk material should be diluted before use and eat in small portions at short intervals.

Drugs preventing the intoxication of

During the infection, a rotavirus cleansing drug must be used. Sorbents have different forms of release. You can buy tablets, powders, gels, pastes or solutions. Talk to your doctor and find the most suitable remedy. The most popular drugs used for rotavirus are Polyphepan, Enterosgel, Polysorb and Activated Carbon. 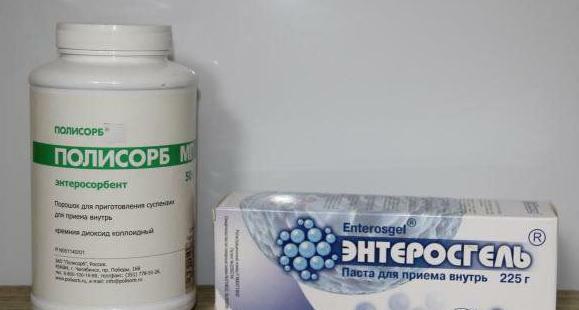 Please note that the described medications should be taken separately from other medicines. All sorbents excrete toxins and poisons, bacteria and viruses from the body. At the same time, they eliminate the therapeutic effect of the drugs taken. Such formulations are used regardless of age and concomitant diseases. They are not absorbed into the bloodstream and are excreted in their original form.

What is the rotavirus drug for children? When there is a pathology in infants, doctors recommend using antiviral formulations. The child's body is weak enough to cope with the problem on its own. Immunomodulating agents will help restore the body's resistance and cope with viruses.

The most popular drugs are: 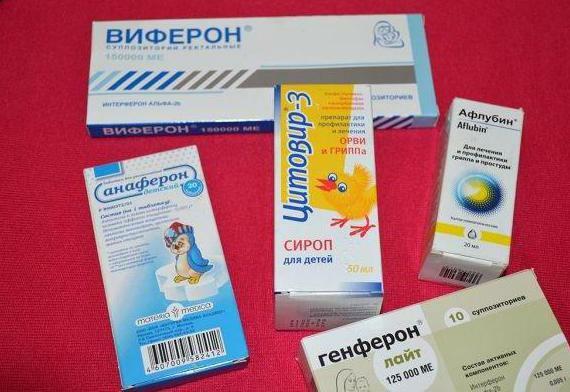 This list also includes rectal suppositories based on interferon: Kipferon, Genferon, Viferon. Some drugs can only be used after a year. Therefore, it is advisable to study the instructions before use.

Antiseptics for the intestines

What are the medicines used for rotavirus at sea? Infection, obtained from a public body of water, often has a bacterial character. This disease involves the use of antiseptics and antimicrobial compounds. These include "Ersefuril", "Stopdiar", "Enterofuril" and others. They include the main component of nifuroxazide. 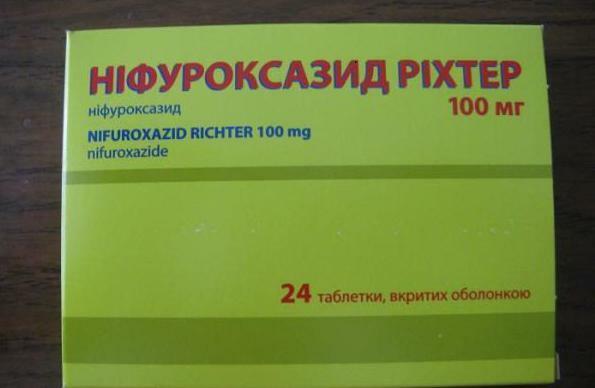 This active ingredient works exclusively in the intestine. It is not absorbed into the blood, so it can be administered to children of the first year of life. The medication does not have a negative effect and does not cause adverse reactions. Take a medicine you need no more than 7, but not less than 5 days.

Currently, all these drugs are divided into probiotics and prebiotics. What to choose with rotavirus? After all, most often the doctor gives the patient freedom in this matter. First it is worth investigating why these and other drugs are needed.

Probiotics are complex agents containing in their composition useful bacteria( lacto-, bifido-, non-pathogenic colonies of Escherichia coli and others).Prebiotics are medicines that feed on already available beneficial bacteria. Such drugs also contribute to improving digestion and normalizing the balance of bacteria in the body.

The drug against rotavirus should be a probiotic. During illness, diarrhea removes all good substances from the intestine, sorbents eliminate harmful microorganisms along with useful ones. Used antibiotics also adversely affect the microflora. In this regard, the means for the restoration of normal flora should contain in their composition bacteria, rather than substances that promote their growth. To such medicines it is possible to carry "Lineks", "Acipol", "Bifiform", "Imoflora", "Primadofilus" and many others. 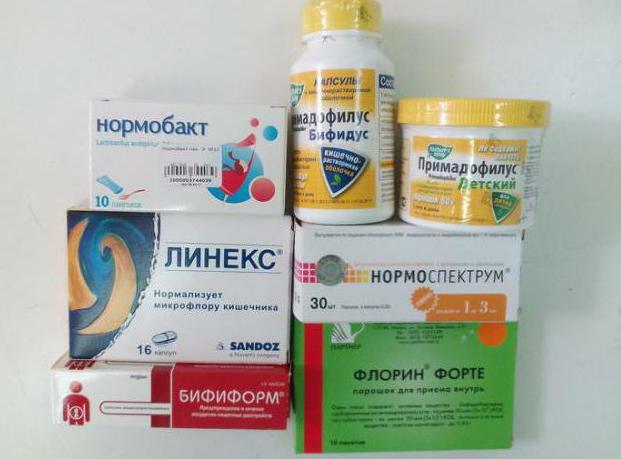 The opinions of patients about the course of the disease are different. In some cases, the pathology is mild and does not require any therapy. It is enough just to adjust the diet and stick to the diet for several days. Other people are very hard to survive rotavirus infection. They have all the "delights" of the disease. In severe cases, treatment should be carried out in a hospital. With frequent vomiting, doctors recommend using medicines not orally, but through a probe. Also, rehydration therapy is performed intravenously or drip.

Reviews of people who have undergone pathology, say that using prescribed medications is much easier. Therefore, even at the very beginning of the disease, you need to see a doctor. Physicians confirm that with the course of the disease the human body is increasingly weakened. If you do not use the right drugs at once, then it will be hard enough to recover. All described medicines are effective if taken in combination and according to the established scheme. Often patients also have to use antipyretic compounds based on ibuprofen( "Nurofen") or paracetamol( "Panadol"). Treatment of rotavirus infection differs from the treatment of colds. Often at the very beginning of the disease there are symptoms such as reddening of the throat, runny nose. Therefore, patients confuse this ailment with the flu or respiratory disease. Improper self-treatment in this situation only aggravates the state of health and delays the moment of recovery. Address to physicians and do not be ill!