Indications for use and instructions for the use of "Metoproclamide".Analogues and reviews

Who faced a prolonged emetic reflex and nausea, he does not wish anyone to experience such feelings. This is with a short vomiting, the body is cleaned of all unnecessary, but if it acquires a long-lasting character, the situation threatens with complete dehydration. Instruction for the use of "Metoprolamide" asserts that the drug is able to stop this symptom and significantly ease your health. It starts to work for a few minutes after application.

The drug has two forms of release. This is a tablet and solution for injection. Fast and effective "Metoproclamide" is effective. The formulation of the drug in tablets includes the active substance metoclopramide hydrochloride in an amount of 10 mg. As additional elements used in the creation of the pill, lactose, corn starch, talc, sodium starch glycolate, magnesium stearate, colloidal anhydrous silicon are isolated.

In 1 ml of solution for injection contains about 5 mg of metoclopramide hydrochloride. Auxiliary components are salt of disodium ethylenediaminetetraacetic acid, sodium acetate, sodium metabisulphite, acetic acid and water for injection.

Tablets are packaged in aluminum blisters for ten pieces. The carton contains 50 or 100 tablets, as well as instructions for the use of Metoprolamide. Inside, the injectable preparation was poured into 2 ml ampoules. The box can contain 5 or 10 glass ampoules.

Pharmacological action of the drug on the body 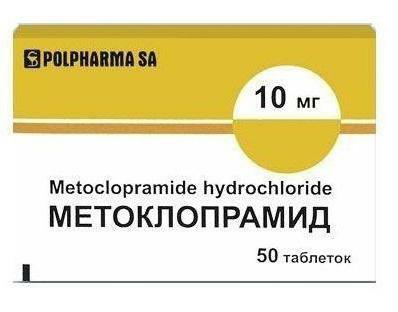 Instructions for use "Metoprolamid" in detail describes all the subtleties of the reception and effects of the drug. The drug itself refers to anti-emetic drugs. Has a direct effect on the reduction of nausea, vomiting and hiccups. Activates the peristalsis of the gastrointestinal tract. The antiemetic effect of the drug is associated with inhibition of dopamine D2 receptors and an increase in the chemoreceptor index of the trigger region. The drug belongs to the blockers of serotonin receptors. It removes the tone of the smooth muscles of the gastric organ and increases its cholinergic reflexes. The drug promotes the emptying of the stomach, since it does not relax the walls of the gastric organ and stimulates the antral part of it, the upper region of the small intestine. Reduces the reaction of food located in the esophagus by increasing the pressure of the esophageal sphincter in a relatively quiet state. Increases the clearance of gastric acid due to increased peristalsis. 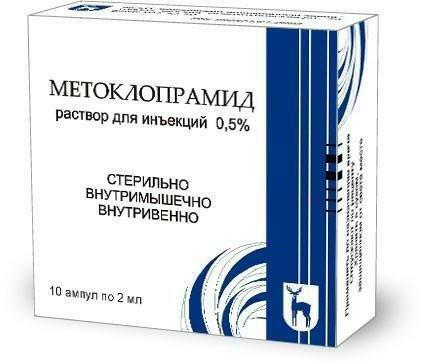 Also, "Metoclopramide" activates the production of prolactin and provokes a transient increase in the circulating aldosterone index. A similar pattern can cause a temporary fluid retention in the body.

The received tablets are absorbed from the gastrointestinal tract in a short time. Connect with blood proteins by 30%.Biotransformiruyutsya in the liver. The organism secretes the active substance in unmodified form and in the form of metabolites by the kidneys. The half-life of the drug is between four and six hours.

"Metoproclamide": indications for use and contraindications 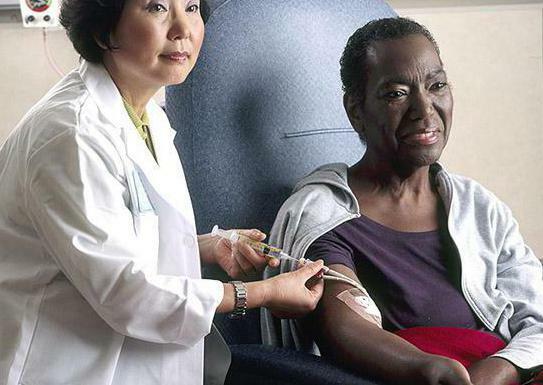 The drug is sufficiently serious, it can not be used without prescribing a doctor. As a rule, the drug is used for nausea, vomiting reflex, hiccups, provoked by various situations. It is prescribed for atony and hypotension of the gastrointestinal environment, including postoperative, "Methoproclamide" preparation. Indications for use note that the drug is effective in dyskinesia of bile ducts related to the hypomotor class. It is recommended to drink tablets with reflux-esophagitis, functional stenosis of the pylorus and flatulence. The drug is used in the complex treatment of gastric and duodenal ulcers, which are in the stage of exacerbation. The drug increases the peristalsis of the gastrointestinal tract during X-ray examinations. The agent facilitates the condition with duodenal probing. Here it enhances the process of moving absorbed food through the small intestine and in every way contributes to a faster emptying.

Warns that the preparation "Metoproclamide", the instructions for use should not be taken to people who are hypersensitive to the active ingredient and its auxiliary components. In ampoules and tablets, the medicine is not allowed to persons who underwent surgery on the organs of the gastrointestinal tract.

Specialists with particular caution advise the drug for patients with bronchial asthma, who have hypertension and suffering from Parkinson's disease. It is important to use the medication for patients with renal or hepatic insufficiency, as well as children and the elderly at the age of 65 years.

Method of administration and recommended doses 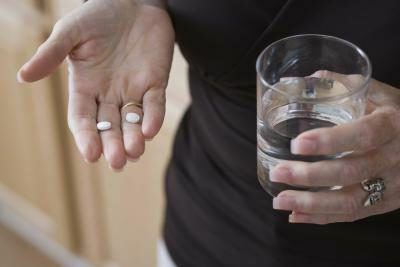 The drug "Metoproclamide" can be used either orally or in the injectable form. Instructions for the use of the tablet advise to drink to adults 5-10 mg 3-4 times a day for half an hour before a meal, squeezing the dragee with water.

If there is a strong gag reflex and nausea, then the drug is injected into the muscle area or intravenously in an amount of 10-20 mg. Also, the drug can be administered intranasally for 10-20 mg in each nasal passage 2-3 times a day. The maximum dose that can be taken or administered to a patient at a time is 20 mg, the daily dose is 60 mg.

The average single dose for children over 6 years of age is equal to 5 mg of the drug "Methoproclamide".Instruction for use recommends in this case, use the drug 1-3 times a day. The method of administration herein may be either oral or parenteral.

Up to six years, children are usually prescribed for parenteral administration in an amount of 0.5-1 mg / kg. The regularity of the intake is 1-3 times a day.

To prevent vomiting and in the treatment of gag reflex( nausea) with cytostatics or with radiation therapy, "Metoclopramide" is used in a dosage of 2 mg per kilogram of body weight. Carry out the procedure for administering the drug 30 minutes before irradiation or use of cytostatics. If necessary, the injectable solution is injected again after two hours.

If an X-ray examination is to be performed for adults, the drug is injected into the vein in an amount of 10-20 mg fifteen minutes before the procedure. Patients with renal-hepatic insufficiency should be treated with a dose that is twice as low as recommended. The next administration of the drug affects the patient's condition and his reaction to the drug.

Warns that side effects may occur after taking Metoprolamide, instructions for use. This is a violation of the digestive system, including diarrhea, constipation, dry mouth. Failures in the use of this drug can also be from the central nervous system. This feeling of fatigue, headache, drowsiness, depression, dizziness and akathisia. There may be extrapyramidal reactions in children, as well as in young people. In some cases spastic torticollis, spasm of the facial muscles, hyperkinesis are observed. With the use of the drug, the occurrence of agranulocytosis is possible. Quite rare are the galactorrhea, malfunctions of the menstrual cycle, gynecomastia. Some patients are concerned about skin rashes. 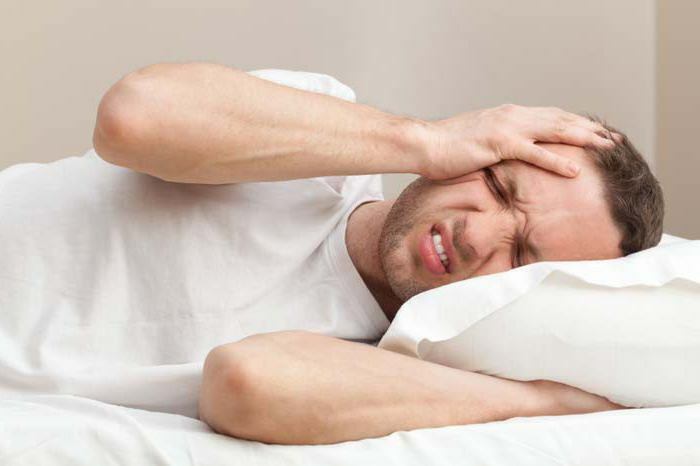 Notes that with caution should take medicine for people suffering from asthma and hypertension, instructions for use."Metoproclamide" can cause complications with health in individuals with liver and kidney pathologies, as well as in the presence of Parkinson's disease.

Under special supervision, when using a medical device, children should be present, since they have an increased risk of developing a dyskinetic syndrome. The medicine can have a positive result in a gag reflex, provoked by the use of cytostatics.

In elderly patients, especially with prolonged use of the drug in high or medium dosage, there may be negative reactions in the form of extrapyramidal disorders, including parkinsonism or tardive dyskinesia.

Warns that the use of the drug "Metoproclamide", instructions for use may distort laboratory parameters. Tablets and injections can cause changes in the index of aldosterone and prolactin in the blood. This feature must be taken into account by people when passing a blood test.

Specialists do not recommend Metoprolamide during the therapy( the annotation before the use of the drug should be carefully studied to avoid undesirable consequences) to engage in activities that require increased attention and quick reactions. 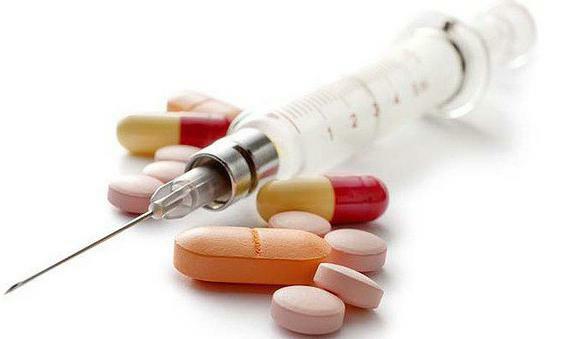 To date, not so many drugs that can replace the drug "Metoproclamide".Analogs have in the composition the same active substance and possess similar properties. They include:

In all of the above medicines, the main active ingredient is metoclopramide hydrochloride. Due to what exactly they are referred to the direct analogues of "Metoclopramide".The drugs differ in cost and manufacturer. Some drugs are produced in European countries with modern equipment that has several degrees of purification.

Is it worth replacing Metoprolamide? Analogues are approximately the same in their effectiveness. Have an identical effect on the body and, as a rule, are applied in equal doses. Therefore, what means is better to choose or leave "Metoclopramide", the patient should decide after consulting with the doctor.

Cerucal as an analogue of Metoclopramide

Cerucal is the direct and most common substitute for Metoclopramide. It removes nausea, hiccough and vomiting of various genesis. It is used for radiation therapy and cytotoxic therapy. The medicine has contraindications and can cause a number of negative symptoms. Passes through the blood-brain barrier and breast milk. The greatest concentration of active substance is observed after half an hour after the application of the drug.

The cost of the medicine fluctuates around 200-300 rubles. Produce the drug in Germany and Croatia.

Reviews say that it not only relieves nausea and vomiting, but also effectively removes pain in the stomach with gastritis. Another means saves some people from a hangover.

Another quite popular analogue of "Metoclopramide" is "Cerulan".Its active ingredient is metoclopramide hydrochloride. The anti-vomiting agent stimulates the intestinal peristalsis, stops vomiting, nausea and hiccups. Normalizes the flow of bile.

Available in ampoules for injection. It is administered not only intramuscularly and intravenously, but also intranasally. Contraindicated in pregnant and lactating women. The greatest concentration of the active component in the blood comes in half an hour.

Produced in India by the company "Rousan Pharma".The cost of the drug varies between 200-300 rubles.

Do not use the drug concomitantly with neuroleptics. During the period of treatment, this drug should not drink alcohol, but also control the car and perform actions that require a quick reaction.

Opinions of patients about "Metoclopramide" 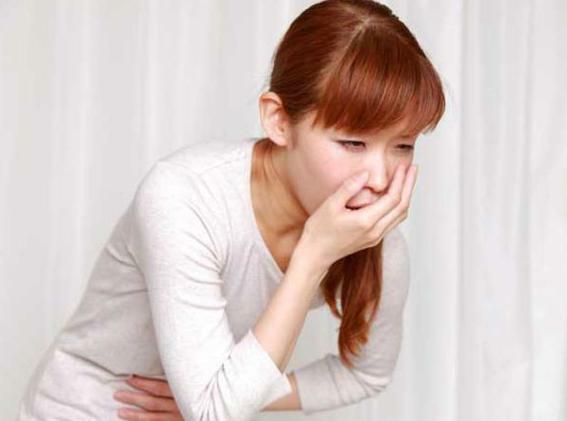 Speak about the effectiveness and speed of the drug "Metoprolamid" reviews. Patients only note a positive result from its effects. They say that it should be in every medicine cabinet. They note his ability to stop prolonged vomiting and nausea. They use it for a vomitive reflex associated with oncology, as well as for vomiting and rotavirus infection in children. Apply the drug and in disorders of the gastrointestinal system, as well as for dyskinesia of the bile ducts.

The medication administered intravenously begins to affect the body within 1-3 minutes, which is somewhat faster than the drug in tablets, the effect of which comes after 15 minutes. The result after taking the medication lasts about two hours.

Pregnant women take this medication with nausea and vomiting in the II and III trimesters. Patients claim that this medicine is used by doctors often to remove the emetic reflex in the ambulance and in the hospital.

Some people noted after using the means of dryness in the mouth, tinnitus, drowsiness, inhibition, anxiety, anxiety and sudden mood swings. They say that it's good to sleep after using the medication, then side effects will pass unnoticed. The drug increases the prolactin in the blood. It is said that the drug does not help with migraines, which are accompanied by vomiting.

Despite these shortcomings, patients note the high effectiveness of "Metoclopramide."They say that it costs less than "Cerukal", but, despite this, it acts no less effectively. So, the cost of this drug in tablets does not reach 50 rubles, and in ampoules it fluctuates within 60 rubles.