In the Caucasus, the dogwood bush is a symbol of endurance. Its useful properties have been known since ancient times. After all, thanks to its composition, you can keep your body in tone all the long winter months. And if you come from a severe frost frozen and tired, tincture cornelian will bring you back to life, and the next day you do not even remember what you were using, even if you have a little touched this most valuable and delicious drink.

Description of the plant kizil

In people, the dogwood bush is called the turf and shaytan tree, it can grow in the form of a tree. The name in Turkish means "red".In nature, it can be found only in the mountains of the Caucasus, but it was cultivated throughout the south of Europe, even in France.

The height of the bush can reach 5 meters, the crown is sprawling or oval in shape. Blossoms cornelian small golden flowers, collected in an umbrella of 15-20 pieces, in March-April. The peculiarity of the plant is that the comfortable flowering temperature is 15 ° C.But if it gets colder, and the temperature drops below +8, the flowers close and wait. Only warmed to a comfortable temperature, they continue their flowering. 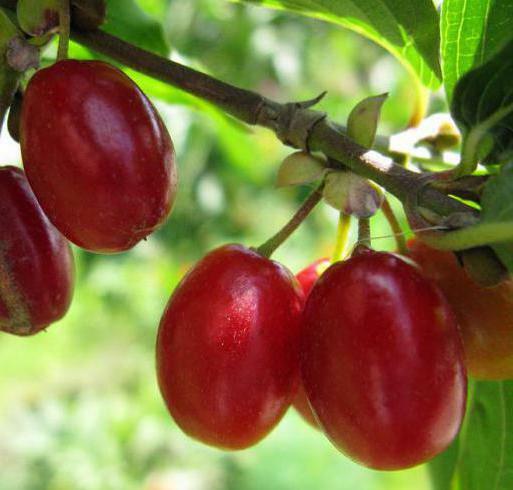 The most valuable and healing part of the plant is the fruit. Juicy and fleshy drupe oval form with sweet and sour taste. If you at least once tried cornel jam, then you will not confuse the taste and aroma with any other. A cornelian tincture has the same pronounced flavor and aroma.

The legend of the appearance of the cornelian

There is a legend that Allah began to give each person a plant. Someone got a peach, someone cherry. A cunning Shaitan grabbed the dogwood bush. His logic was simple: early flowers, one of the first, so the fruits will appear early. But how did he miscalculate?

The summer was coming to an end, and the berries were all hard and astringent. Angry Shaytan was angry and began to blow fire on the bush, trying to burn it. The berries became bright red, but continued to remain acidic and hard. 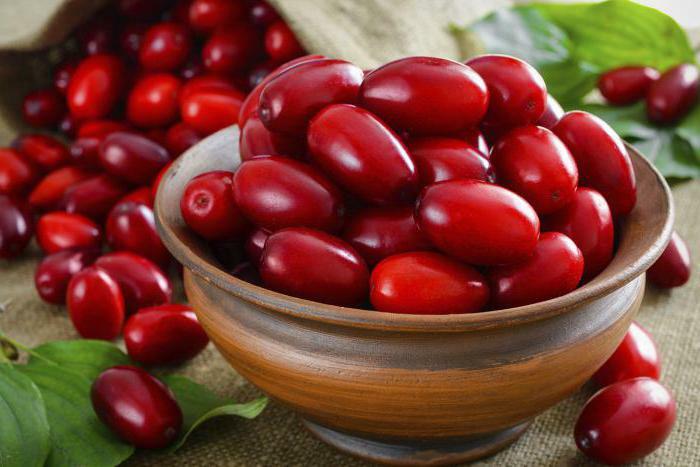 "Muck, not a plant," snarled Shaitan.- "Take it to yourself!"And late in the autumn he bit his elbows, because people began to gather from the bush juicy and ripe berries. In revenge for the fact that he missed so much, he imposed an enchantment on the bush, forcing to bear even more. Now if the dogwood gives a rich harvest, wait for the fierce, frosty winter.

But frosts are not terrible if the whole crop is harvested and the cornelian tincture is ready, which will warm the body and the soul.

Proteins and fats in berries are contained, as well as easily digestible carbohydrates, dietary fibers that normalize digestion, and fruit acids( including rare amber), flavonoids and essential oils, phytoncides.

A large amount of vitamin C will help to strengthen immunity, and you can easily cope with any cold and flu, this vitamin is also involved in hematopoiesis, because with its deficiency iron is very poorly absorbed. There are berries and vitamin P( rutin).And how much in the fruits of the dogwood macro- and microelements, which are so necessary to the body! Iron and calcium, sodium and potassium, phosphorus and magnesium, sulfur. Without them, any body of a person can not function normally.

Do not threaten you and get better, if there is a dogwood in reasonable quantities, because the calorie content of 100 grams is only 45 kcal.

When the cornel tincture is prepared, all useful substances are stored and transferred to alcohol or vodka. It depends on what you insist on. So what kind of diseases will help cure corneline tincture?

Useful properties of the cornel berry

The berries contain ascorbic more than in the black currant. And phytoncides have antibacterial properties, being a natural antibiotic. Regularly eat berries and you protect your body from various viruses and bacteria. In addition, phytoncides help to remove salts of heavy metals and other substances that poison the human body. 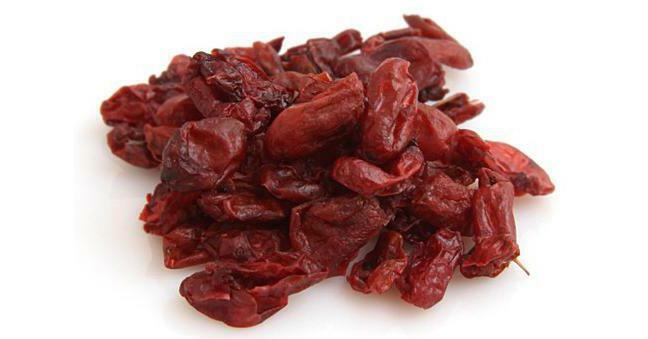 If there are problems with the digestive tract, then the dogwood you can prescribe. After all, berries have the following effect:

Will be useful to the dogwood and those who struggle with excess weight, as well as those who watch the figure. With the help of berries you can normalize metabolic processes, including fat. Toning properties - another of the properties of cornel berries.

If you have problems with the circulatory system, then you should simply use dogwood. After all, with its help you can solve the following problems:

In case of diabetes, dogwood is also useful. After all, it lowers the level of sugar in the blood and increases the release of enzymes by the pancreas.

In the Middle Ages, the ability of the dogwood to cure such terrible ailments as typhoid and dysentery was already known. But in those days, these diseases carried away a lot of human lives.

Astringent properties of berries help to solve problems such as diarrhea and diarrhea.

Naturally, the most useful substances are contained in fresh berries, but even after cooking there is still a lot. And what a great taste and aroma of various tinctures and cork-dog rolls! And at the same time, all useful properties are preserved.

How to cook a kisilovka

Kisilovaya tincture on vodka in the common people is called kizilovkoy, it's easy to cook. To do this you will need:

Rinse and rinse under running water with fruits, place in a jar with a volume of 2 liters and turn it into a gruel using a crush, which should be poured with vodka and placed in a place inaccessible to sunlight for a month. Filter the tincture through gauze. Very often even after filtering there is a sediment, you can get rid of it by letting the tincture through the gauze. 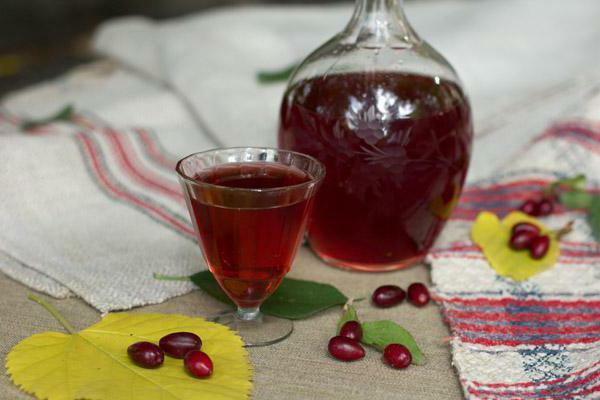 This is the simplest recipe for cornelian tincture on vodka. If you add 100 grams of sugar, the acid from the berries will become softer. As a result, you get 25 percent corn cobs. It is more gently drunk, but the body receives much more calories from it.

A strong drink that will instantly warm you, if you came home strongly frozen, - a cornelian tincture on alcohol. It is done simply. Washed cornel berries are placed in the container until it stops, the remaining space is filled with 96% alcohol. About three months later the cornel tincture is ready, it's time to take the first sample. 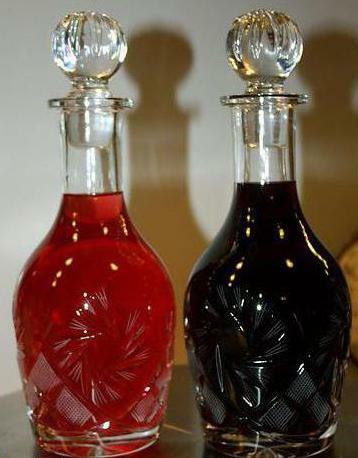 With this method all the useful properties of cornelian are preserved. To increase the therapeutic effect of alcohol tincture can sweeten with honey, but not more than one tablespoon per liter.

The cornelian tincture on moonshine is also very original and pleasant to the taste. Her recipe is also simple, but the properties are preserved. For its preparation you will need:

We sorted, washed and dried berries, we place them in a suitable size container, pour in moonshine, tightly cork, shake and place in a dark place. It would be good to occasionally shake. 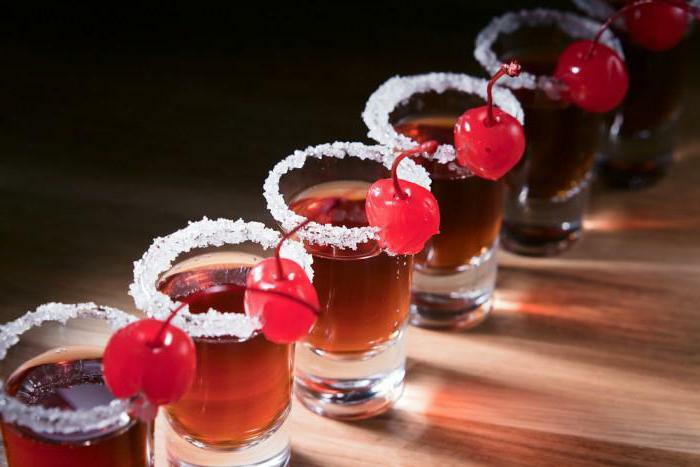 After 3 weeks, the hood should be drained through cheesecloth to remove cake and bones from the drink. Add sugar to the solution and leave for another seven days.

The received drink is easily drunk, the absence of a hangover the next day is guaranteed.

You have a recipe for cornel tincture, you only have to think of what to eat, so it's tasty and healthy for health. You can cook Polish "olives" from green cornel berries. There are cases when Jewish merchants in Poland mixed such "olives" with real ones, making a big profit. So, take the green fruits of the dogwood and place it in a glass container, add oak leaves, thyme and cloves of garlic to taste. All this is poured brine at the rate of 10 g of salt per liter of water and leave for 4 weeks. 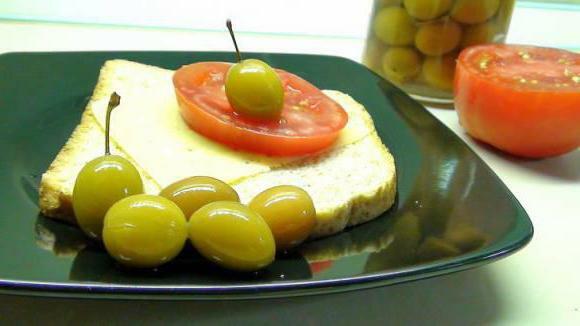 After a month, drain the water and keep the berries for a few minutes in boiling water, and then put it back in a jar and pour boiling vegetable oil( preferably, if it's olive) with the grasses that you prefer. Poles did with thyme. Now it remains only to wait a couple of weeks until the dogwood berries become spicy. The appetizer is ready, it's time to surprise your friends.