It's probably not a secret that dentists are afraid not only children, but also some adults. Therefore, deciding to remove the tooth for many - a fairly complex decision. And it's good if the process goes smoothly, and after 7-10 days the wound will heal. But if the jawbone continues to ache and inflame, it is the alveolitis. Treatment in this case should be started immediately, after consulting with the dentist. 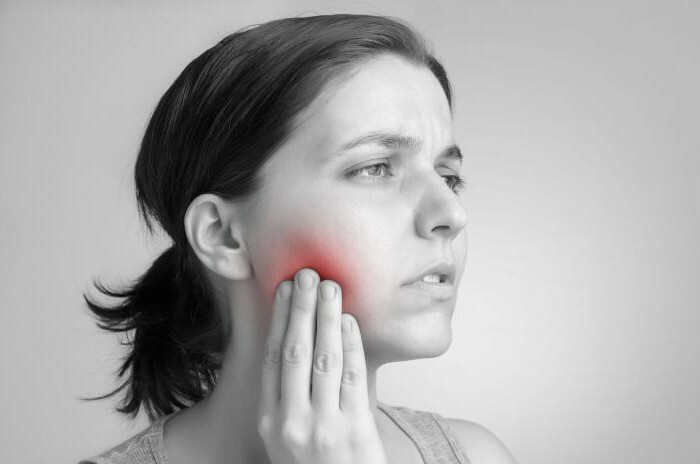 What is an ailment?

In dentistry, the alveolitis is the inflammatory process of the jaw socket after surgical removal of the tooth. In the open wound with food constantly get pathogenic microorganisms, which with weakened immunity or non-observance of elementary rules of hygiene increase their colonies in a comfortable environment. As a consequence, we have an inflammatory process with a fairly strong pain syndrome.

Treatment of alveolitis after tooth extraction is required for three percent of patients, this statistic is increased to 20% if it involves the extraction of a wisdom tooth. 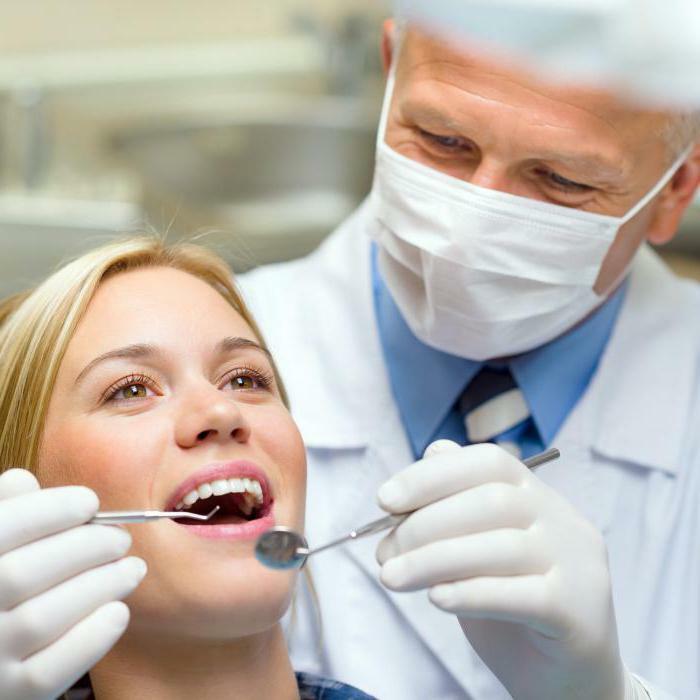 Even the most experienced dentist can not guarantee a quick process of healing the gums after tooth extraction. This is explained by the fact that the disease can develop not only in the event of ignoring the advice of a specialist, but also as a consequence of many other reasons. The most common of these are:

is a complicated operation involving the removal of not only the tooth, but also part of the bone tissue;

- hit at the time of operation of various fragments of the tooth on the bottom of the hole;

- ignoring the rules of antiseptic in the process of surgical intervention;

- non-compliance with the doctor's recommendations for wound care by the patient himself.

To avoid the need for treatment of the alveolitis after the extraction of teeth, it is necessary to take responsibility for your own health and follow the doctor's advice clearly. This will reduce the risk of developing the disease and will contribute to a rapid wound healing process. 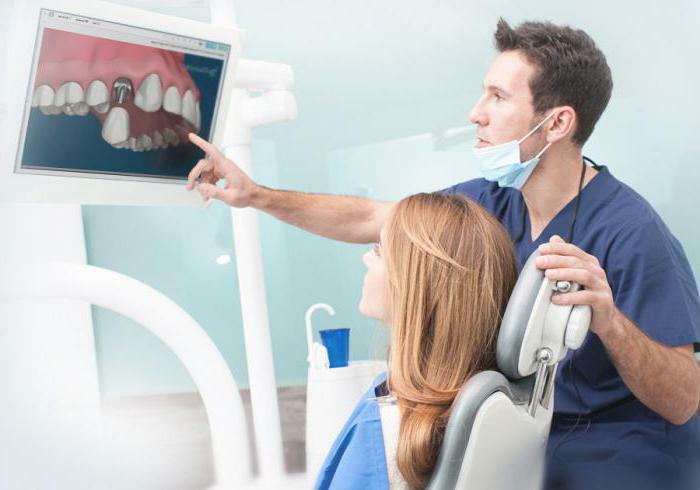 The inflammatory process usually begins quickly. However, even at the first symptomatology, such as hyperemia and a weak pain syndrome, it is better to consult a dentist. Specialist after the examination will tell whether the alveolitis develops exactly. Treatment doctor will appoint in any case to relieve pain and accelerate the healing of the jawed hole.

Ignoring the primary symptoms of the disease leads to the fact that the next day the inflammatory process goes beyond the wound. In this case, the patient experiences severe pain in the area where the tooth was recently and around her. In addition to hyperemia and edema, on the inflamed part of the gums appears a grayish coating with a specific unpleasant odor. The independent use of drugs, when the disease is in such an acute phase, can be not only useless, but also extremely dangerous.

The started stage of the alveolitis is characterized by purulent discharge from the wound, a sharp unpleasant odor from the mouth and a strong pain syndrome. Often such an inflammatory process is accompanied by high body temperature, increased submandibular lymph nodes and general malaise.

An appeal to the dentist for primary symptomatology will prevent further development of the inflammatory process, as well as avoid dangerous consequences.

Types of the disease: serous alveolitis

Clinical manifestations of the disease largely depend not only on its stage, but also on the species. In dentistry, the ailment is divided into three main types. The first is serous alveolitis, the treatment of which will take no more than 3-5 days. The disease is characterized by a continuous mild pain syndrome, which is intensified during drinking and eating. At the same time, patients do not notice a deterioration in well-being, lymphadenopathy and hyperthermia. Absence of therapy within a week leads to the development of a purulent process in the jawed hole. 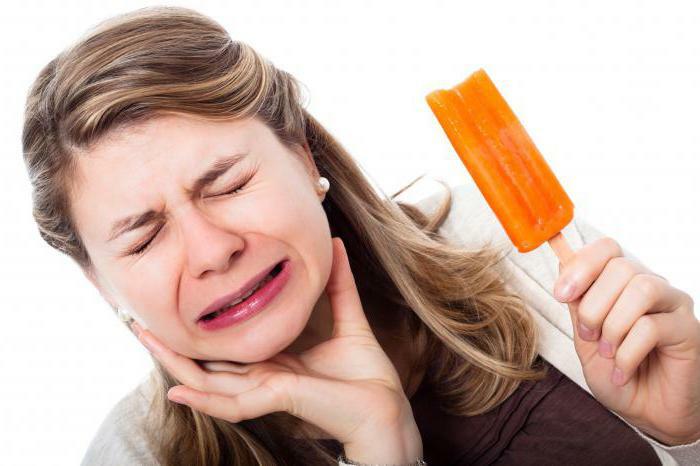 Purulent form of the disease

The second type of disease is a purulent alveolitis of the tooth. Treatment of the house with the help of folk methods in this case can lead to a wide spread of infection. This type of illness is characterized by a strong pain syndrome in the wound area and around it. When palpation pain increases and can be irradiated to the temporal zone or ear.

When examining an inflamed area, note acute flushing and swelling of the tissues, a gray coating on the jaw hole and adjacent areas, as well as a sharp putrefactive odor from the mouth. In this case, the patient complains of general malaise, fever, increased and soreness of the lymph nodes at the neck and under the jaw. 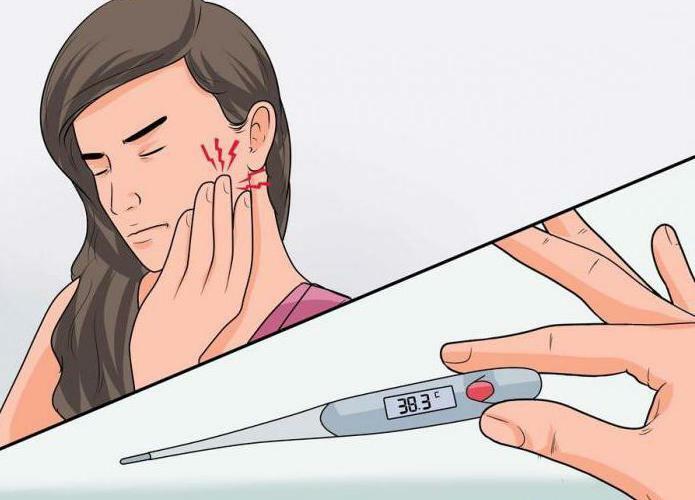 This form of an ailment develops when the purulent process passes into a chronic form. Many patients, in this case, note the reduction of pain syndrome, improvement of well-being and the disappearance of other common symptoms of the inflammatory process. The ailment does not cause any special discomfort, so the patients believe that it has receded. However, this opinion has nothing to do with the truth. The inflammatory process, passing from an acute stage to a chronic one, continues to destroy healthy tissues.

Hypertrophic alveolitis is characterized by an extensive area of ​​soft tissue infection. On examination, leakage of purulent fluid from the wound is fixed, as well as flushing, swelling and even cyanosis of the zones adjacent to the hole. When palpation is revealed the presence of hollow spaces and areas of dead tissue of the gum.

The most serious illness occurs in patients with diabetes mellitus. This is explained by the fact that the two diseases significantly aggravate each other.

Alveolitis of the lungs

In addition to the alveolitis of the tooth, there is a self-reported lung disease. This disease involves the development of the inflammatory process in the alveoli of the lungs, the etiology is different. Modern medicine classifies the ailment into three main types: allergic, toxic and idiopathic. And if the causes of the first two are interaction with the allergen and intoxication, then why does the latter arise, scientists have not found out so far. 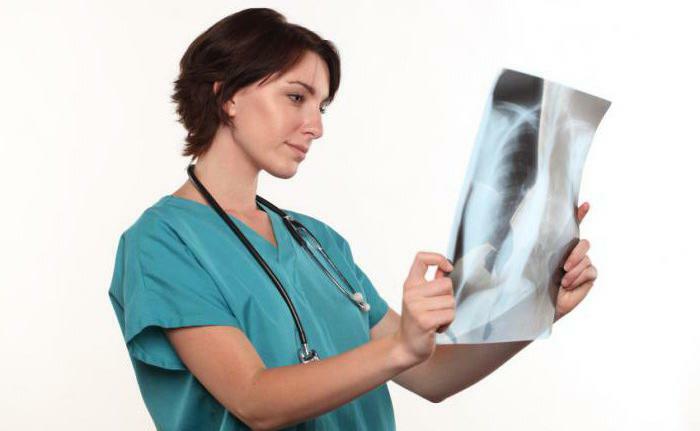 Treatment of lung alveolitis is carried out under the strict supervision of a doctor at home, therapy in a hospital is only indicated for severe forms of the disease.

What is the danger of dental alveolitis?

The rate of development of the inflammatory process in the jawed hole depends largely on the state of immunity. And if the protective system of the body is weakened, then within a couple of hours after the appearance of the first symptomatology the ailment can pass into the acute phase. The lack of timely treatment and the neglect of clinical manifestations over a long period can be very dangerous. After all, the consequence of such carelessness can be the penetration of infection into the deep layers of soft and bony tissues. As a consequence, periostitis, phlegmon, abscess, osteomyelitis and even blood infection develop. 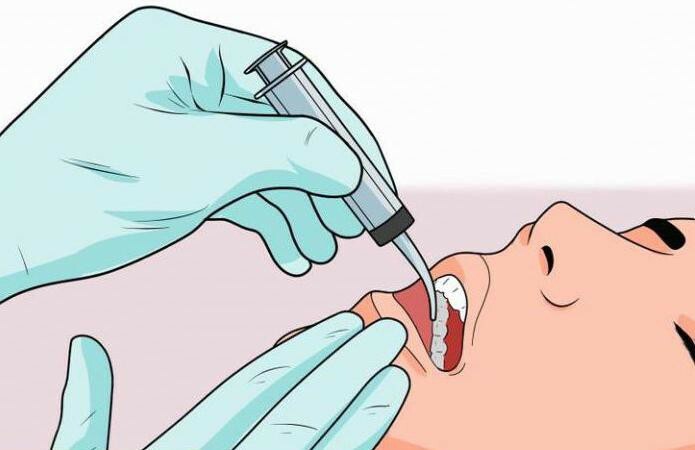 Treatment of a disease at an early stage

If a doctor diagnosed an alveolitis after a tooth treatment, then he will definitely determine the cause of the disease. For this, the patient must undergo roentgenography. According to the picture, the specialist will be able to determine the presence of foreign bodies in the well and begin to remove them.

Initially, the patient is injected with lidocaine or another analgesic. When the anesthetic drug begins to work, the doctor will conduct the treatment of the well with an antiseptic solution. To do this, most often use medicines such as "Furatsilin" or "Chloriksedin."Next, the dentist will use a tool to remove the foreign body and re-treat the wound.

An antiseptic bandage is applied to the hole dried by a gauze pad, and the patient is prescribed a systemic regimen of anesthetics. In some cases, if the patient has alveolitis, treatment may include a course of antibiotic therapy. However, only a doctor should decide on this issue. 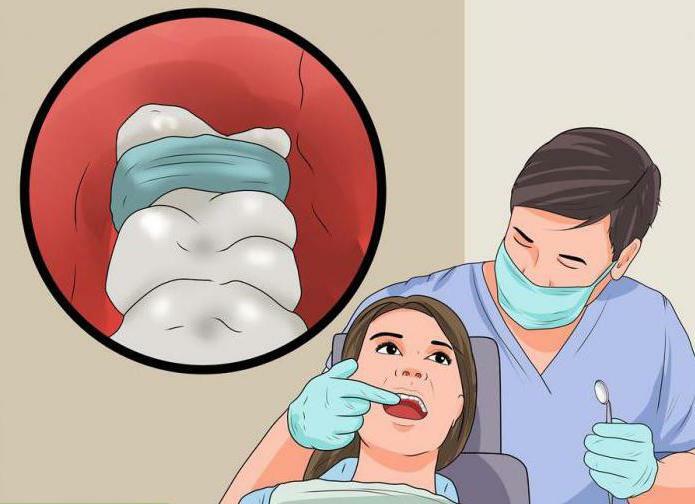 Treatment of advanced forms of alveolitis

If a purulent or hypertrophic alveolitis is diagnosed, the doctor will start treatment with the management of pain syndrome. For this, an anesthetic blockade is made to the patient, the hole is cleaned of pus and foreign bodies are removed. Then a tampon with antibacterial drugs is injected into the wound, which is changed every 24 hours. It presupposes such alveolitis after tooth extraction at home, however a daily visit to the dentist is mandatory.

With necrosis of soft tissues, doctors use prothiolytic enzymes to stop the inflammatory process, as well as remove dead tissue. After the acute stage of the disease has passed, the treatment is supplemented by physiotherapeutic procedures that contribute to the improvement of tissue regeneration. The patient can then be assigned microwave therapy, infrared laser or ultraviolet radiation.

After treatment of the alveolitis, doctors recommend taking fortified vitamin complexes to restore the body.