What secrets are hidden in the menthol cigarettes?

Quite recently smoking menthol cigarettes was considered not only a fashionable, but also a prestigious occupation. Over time, many people began to think differently. What motivated them to change their minds? To answer this question, you need to get to know the product itself.

Menthol cigarettes first appeared at the beginning of the last century. In 1927, they began to produce the company known at the time, Brown &Williamson. Unusual products went on sale under the label Kool and immediately attracted the attention of customers. Basically, these were women, whom menthol cigarettes attracted with their gentle mint flavor. A similar effect was achieved due to the fact that during processing, the tobacco leaves were impregnated with a special substance that was released from the mint oil. This is the same menthol. 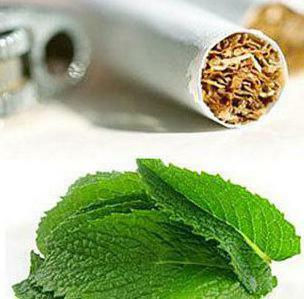 However, now it is increasingly replaced by chemical products that have a similarity to a natural product solely by smell. And some manufacturers are generally limited to the fact that they impregnate with such a substance only the paper from which the cigarette case is made. It also creates the mint effect that the smoker expects to get. After all, many people buy menthol cigarettes for this. The refreshing aroma slightly damps the bitterness and partly facilitates the process of inhaling the smoke during smoking.

All smokers have different tastes and preferences. One likes a pronounced heavy tobacco flavor, while others tend to drown it in every way. That's why menthol cigarettes were created. The brands of all companies that deal with their production are difficult to list. Many do this solely for the sake of the assortment, releasing small lots occasionally. 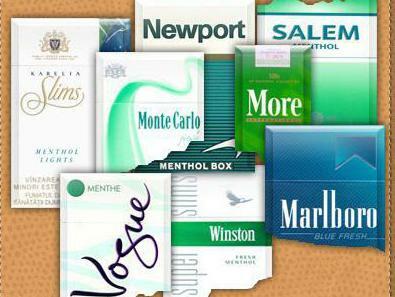 Among the most famous brands in the world, which have been producing cigarettes with a menthol flavor for a long time, it is worth noting:

This is the dozen of the most famous cigarettes in Russia, where menthol is used for the aromatization of tobacco smoke. Some of them are constantly on sale. And such products, for example, like the Treasurer Luxury Menthol, are rarely found on the shelves of stores. Basically, they are purchased in specialized institutions or brought "to order".The reason for this is the excellent English quality of the product and, correspondingly, its high price, which not everyone can afford.

Many people are sure that flavored tobacco products are safer for the human body. This opinion has existed for a long time. Nevertheless, scientists believe that menthol cigarettes are more harmful than ordinary cigarettes. Why this opinion has developed among specialists and how do they argue their claim? Firstly, when smoking cigarettes with mint flavor, a person does not control their quantity. The lightness with which smoke is inhaled does not allow the smoker to stop in time. Menthol drowns out the heaviness that usually feels after the burning of tobacco, and after 5-10 minutes the hand again reaches for the pack. 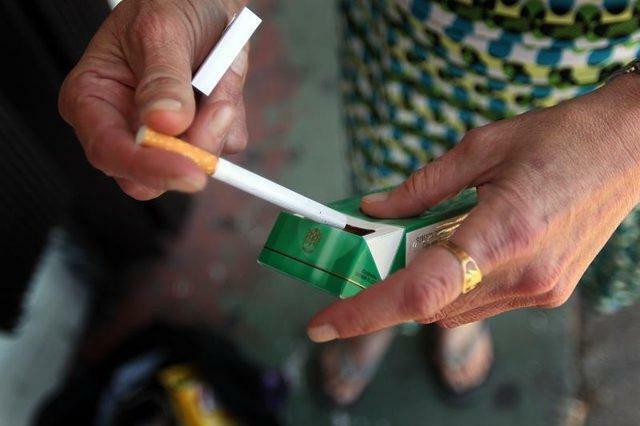 It is worth remembering to those who try to quit using these products. Secondly, people at the sight of such cigarettes create a false sense of security. It seems to the smoker that the tobacco in such products is practically harmless. While both tar and nicotine are also present in it. This should not be forgotten. Each cigarette smoked leaves its imprint on the lungs, which is not able to wash away either menthol or any other flavor.

Manufacturers try to take into account the interests of their customers as much as possible and give them the right to choose. That's why they came up with cigarettes with a menthol capsule. The principle of their action is extremely simple. It is based on the features of the structure of the product. Externally, this cigarette is no different from the usual. And tobacco, which is used for its production, is not preliminarily processed. The whole secret lies in the filter. Inside it is a capsule, when pressed, the passing smoke is flavored.

He gets a minty taste. The place of pressing is marked from the outside with a special icon, which is usually used to indicate the "turn on" button( or any other symbol).In fact, it does. A person can "turn on" the mint effect. And you can do this at any time, both at the beginning and at the end of smoking. Many firms took this innovation into their arsenal. Now they are releasing their Kent, West, Glamor and many others products with a secret capsule. Such goods have sufficient demand and are quite popular in certain circles.