Birthmark on the face: species. Is it worth it to delete

Birthmarks on the body are in most people. They appear soon after the birth of the child and remain with him for life. As a rule, such changes on the skin are not a cause for concern. However, the birthmark on the face can cause serious psychological distress. In this publication, we will talk about the nature of such skin changes and whether to get rid of them.

What is a birthmark?

Birthmark on the face( or other part of the body) is a benign formation with clearly defined boundaries, which is usually darker than the rest of the skin. In medicine, they are also called nevi. They consist of a multitude of melanocytes - cells containing a large amount of natural pigment melanin.

Birthmarks appear on the human body soon after birth( sometimes in adolescence).In some cases, pigmented areas appear on the skin in women during pregnancy. 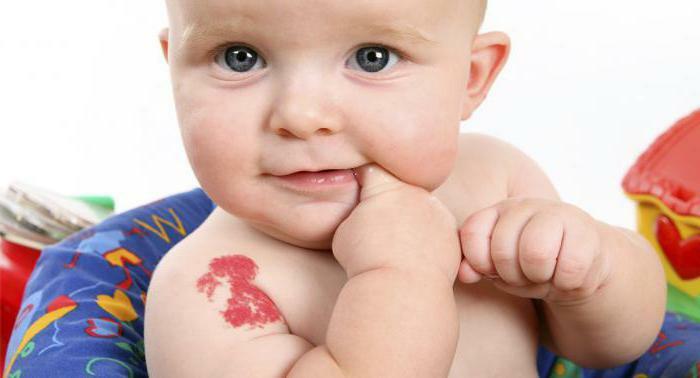 In modern medicine, the following types of birthmarks are distinguished:

The border nevus is a nonspecific kind of birthmark that can be localized on the inside of the hand, on the feet, and on the female and male genital organs. Such formations, as a rule, have small sizes( up to 1 cm).People who have a borderline nevus require regular follow-up at a dermatologist. This is due to the fact that such formations can turn from benign in time to malignant.

Nevus is intradermal - a fairly common form of birthmarks. As a rule, it has the shape of a hemisphere and average dimensions( 1-2 cm).

Epithelioid nevus is a specific kind of benign tumors on the skin. As a rule, there is such a birthmark on the face and has a red-brown tinge. Moles of this species are characterized by rapid growth and are highly susceptible to mechanical damage.

Settus Nevus is a birthmark on the head or other body segment, surrounded by a depigmented( discolored) area. Such birthmarks most often appear in children with autoimmune diseases, as well as in pregnant women. 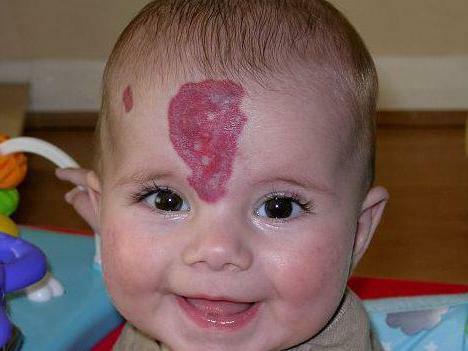 Mongolian spot is the accumulation of melanocytes on large areas of skin in newborns. Such formations can have a brownish or bluish tinge( in some cases they look like bruises).Mongolian spots are characterized by a rapid change in size. By the age of two, they are almost imperceptible to children, and by five they disappear altogether.

Nevus Ota is a dark blue formation of a small size. In most cases, there is such a birthmark on the face( near the eyes, cheeks or upper jaw).In addition, the neva Ota can appear on the mucous membranes.

Nevus Ito - this kind of dermal-melanocytic formations has a clinical picture similar to the previous type, but differs from it by its localization. Nevus Ito occurs on the lower and upper limbs.

The dysplastic nevus is a kind of moles of melanocytic origin. It can be localized on the trunk, hands. Very rarely there is such a birthmark on the head. Dysplastic nevus can acquire different shades: from red to brownish-blue.

It should be noted that birthmarks of this type are inherited. The main danger of their appearance is that dysplastic nevi more than other birthmarks are prone to degeneration into malignant formations.

Do I need to remove birthmarks on my body?

Everyone whose body or head is decorated with such "drawings of nature", thinks: can I remove birthmarks on my body? The importance of this issue is increasing more and more if moles are located on the face. So, are there safe methods for removing birthmarks?

A dermatologist can appoint a correct and effective way of treating such skin pathology. If you find a birthmark on your body and want to get rid of it - do not use folk methods. Thus, you not only will not bring out the birthmark on the face( or trunk), but also harm your body.

Modern medicine offers several ways to reduce and remove congenital dermatological pathologies. We will consider the main of them.

This method of treatment, as a rule, is applied in order to reduce the large birthmark on the head or face. In this case, the mole or pigmented area is treated with point impulses. Due to this pathological formation decreases in size, but does not disappear completely.

Cryosurgery is the effect on the skin of low-temperature liquid nitrogen. This substance freezes the pigmented area. After a while, the hardened skin is rejected and scraped off by the curette.

The only drawback of this method of treatment are white traces, which remain after the removal of moles.

In addition, you can infer the birthmark can be an invasive surgical procedure. 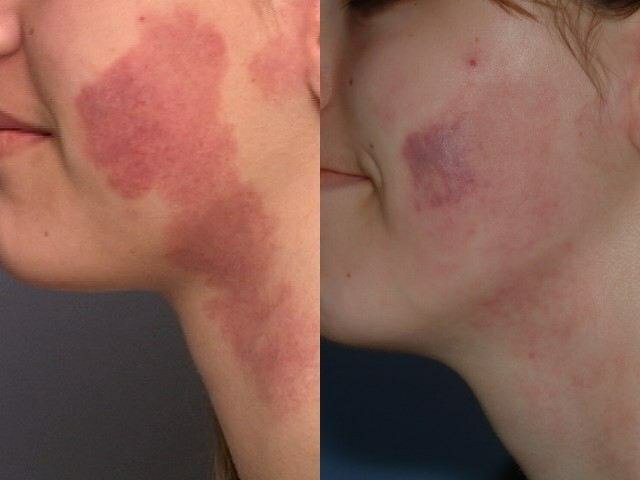 Birth marks on the body: the value of

Since ancient times people have believed in the secret meaning of birthmarks on the body. They appropriated to them different functions and influence on human life.

So, for example, it was believed that the larger the size of a mole, the more influence it has on fate. In addition, the color of the birthmark also had a value. Light yellow and light brown marks on the body predicted a happy fate for the person and had a beneficial effect on her. At the same time, dark spots were considered negative signs and adversely affected life.

Of particular importance is on which part of the body a birthmark has arisen. So, for example, marks on the hips predicted to the person a large number of offspring and healthy children. Birthmark on the right hand says that its owner will be not only happy, but also hasty.

Today the treatment of moles is engaged in a whole science - morphoscopy.