Analogues of "Dramin": instructions for use, feedback. Pills for motion sickness

Many people suffer from such problems as motion sickness. Each long trip is given to them with great difficulty and causes a significant deterioration of well-being. With the help of special medications you can eliminate discomfort."Dramina" is one of the effective antihistamines. It has a complex effect on the body, relieves the symptoms of motion sickness. If necessary, analogues of "Dramin" having a similar action or composition can be selected.

The drug "Dramina": a description of

The problem of motion sickness in transport - kinetosis - is familiar to many people since childhood. Vegetative disorder is associated with weakness of the vestibular apparatus. The presence of such a violation should not be an excuse for refusing to travel. You can prevent the appearance of symptoms of kinetosis if you take a special medicine in time. For example, "Dramin" helps a lot. Instructions for use, patient testimonials indicate that the drug begins to act quickly enough.

According to the annotation, the tablets refer to blockers of the m-cholinergic receptors of the nervous system( central).When ingested, the drug begins to depress the vestibular system in the inner ear. The drug has a sedative, antiemetic, antihistamine and anorexigenic effects."Dramina" quickly eliminates dizziness when traveling in transport. The active substance of the drug is dimenhydrinate. Instructions for use indicate that the component is quickly and completely absorbed from the digestive tract.

It is recommended to take "Dramine" tablets in the following cases:

"Dramina" is also used in pediatrics for the treatment of children from 1 year. Dosage is determined depending on the age category. It should be matched by a doctor. 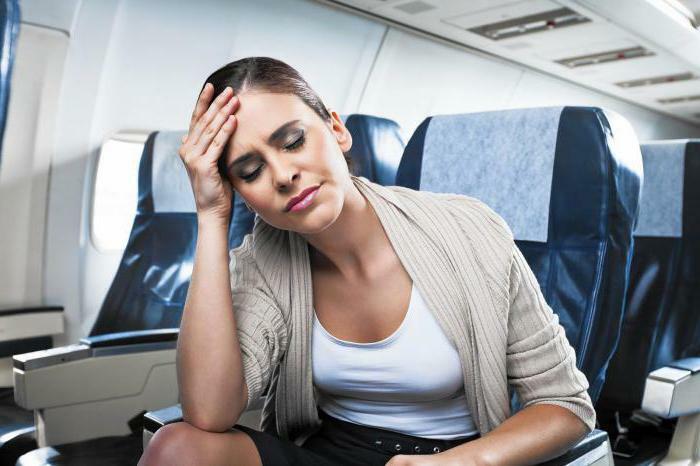 Do not use the drug with increased sensitivity to components in the composition. This can lead to poor health and various allergic reactions. Contraindication to the use of tablets "Dramina" is acute dermatosis( vesicular or exudative), herpetic rash, epilepsy.

In some cases, the patient may be assigned analogues."Dramina" is usually well tolerated by the body when the dosage is observed. However, against the background of taking the medicine, an allergic reaction( urticaria, reddening of the skin, itching) may develop, as well as digestive disorders( vomiting, loss of appetite).From the nervous system may appear dizziness, anxiety, fatigue, reduced concentration, weakness.

"Dramina" is an effective tool that can be used safely both for the treatment of children and for adult patients. If there is a history of the contraindications described in the manual, the medicine can be replaced. Drugs that can suppress the symptoms of kinetosis, belong to different pharmacological groups. Moderate effects on the nervous system and the minimum number of side effects have antihistamines. 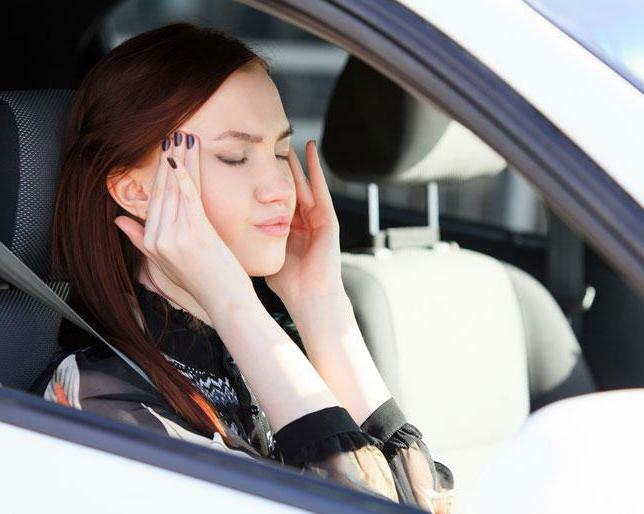 To effective analogues of tablets "Dramina" are the following drugs:

What helps this or that remedy, the patient will be told in detail by the expert. It is necessary to consult a doctor when choosing a medicine for the symptoms of motion sickness for the child. It should be remembered that any medication can enhance or inhibit the action of another medication.

"Aviamarine" - what kind of drug?

If necessary, the "Aviamarine" remedy is often used to eliminate signs of sea( or air) illness. The tablets start to act after 15 minutes. The condition significantly improves, signs of kinetosis disappear. The active component of the drug is dimenhydrinate, a blocker of receptors sensitive to histamine.

According to the instruction, tablets can be given to children over 6 years old. During the treatment period, you need to adhere to a specific scheme for taking the medicine. To suppress symptoms of seasickness, motion sickness in transport, adult patients( and children over 12 years old) are shown taking 1-2 tablets of Aviamarin. Babies from 6 to 12 years of age are prescribed 25 mg( 0.5 tablets).The dosage can be increased to 50 mg. Take the medicine every 6-8 hours. The daily maximum dose for children 6-12 years is 150 mg, for adults - 400 mg.

A lot of positive recommendations deserved drugs based on an active substance, such as dimenhydrinate. Instructions for use and patient testimonials confirm their safety. An effective analogue of the Croatian drug "Dramina" is the "Aviamarin" remedy. This domestic medicine, as people say, has no less pronounced therapeutic effect than an imported substitute. According to the reviews, it can be used in pediatric practice to treat babies from 1 year old. The most frequent side effect that analogs of "Dramin" can cause is drowsiness. Rarely develop allergic reactions and disorders of the nervous system.

Antihistamine "Diazolin" is often used to relieve symptoms of an allergic reaction. In addition, the histamine receptor blocker is effective for motion sickness in transport. Mebydrolin - an active substance in the drug, which has a rapid therapeutic effect. 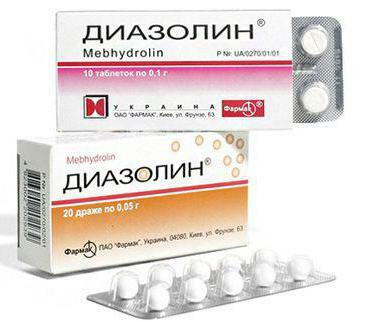 Tablets and coated tablets may have different amounts of active ingredient. The necessary dosage for a particular patient should be prescribed by a doctor. In the pharmacy you can also buy a children's "Diazolin", which can be taken( according to the annotation) from three years. Side effects of the drug is extremely rare. Most patients note that the tablets are well tolerated. It is necessary to get acquainted with the contraindications to the use of Diazolin.

The price of Polish medication from motion sickness is 90-120 rubles per packing( 5 tablets).In one capsule contains 50 mg of the active ingredient - dimenhydrinate. The main therapeutic effect is antiemetic. Also, the drug has antihistamine and sedative properties.

Tablets bring relief in just 10-15 minutes after ingestion. They can be used for air and sea sickness, Meniere pathology and abnormalities in the vestibular apparatus. The drug can be used to eliminate the symptoms of motion sickness in children( from 1 year).It is not recommended to take "Ciel" tablets if you need high concentration. The drug may cause drowsiness, dizziness, weakness.