Mucolytics: a list of drugs for children and adults

In ORL we often encounter such an unpleasant phenomenon as coughing. It is exhausting and bothersome, it makes breathing difficult and significantly reduces the quality of life. It is very important for the doctor to determine what type of cough the patient has: dry or wet. The first type is considered unproductive and is characterized by difficulty in spitting. Wet cough is called productive and shortens the period of recovery of the patient. Having discovered a dry type of cough in a patient, doctors often prescribe medications that dilute the viscous mucous secret that forms in the respiratory organs. Because of the increased density of this mucus, the patient experiences difficulties with sputum discharge or expectoration.

In order to help a patient with a dry cough, the doctor usually prescribes mucolytics. 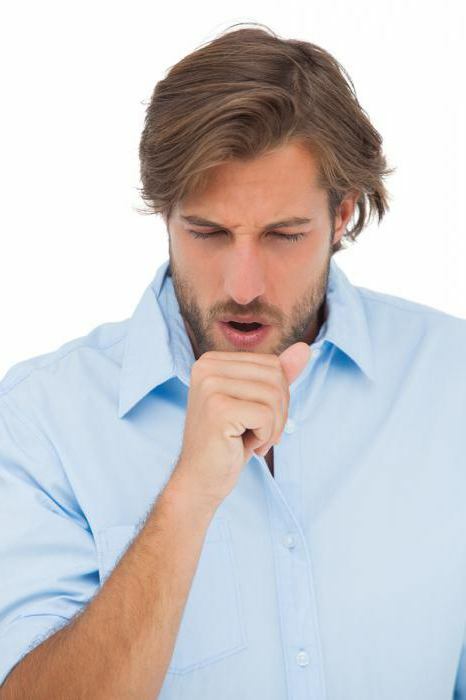 The list of drugs included in this group is quite extensive. By the way of influence on the human body, these medicines can be divided into three groups:

If we consider the mechanism by which molecules of acid mucopolysaccharides of the mucosal secretion of a person can be destroyed by drugs, two main ways can be distinguished: the enzyme method and the non-enzymatic pathway. In the first case, enzymes destroy protein bonds, and in the other, disulfide bridges in sputum molecules.

Classification for the main active ingredient

All these preparations are combined according to the international classification of drugs ATX or ATS under the code R05CB "Mucolytics".The list of the main active substances also provides a certain alphabetic and numerical designation:

It is up to the attending physician to decide which mucolytics should be given to a particular patient. 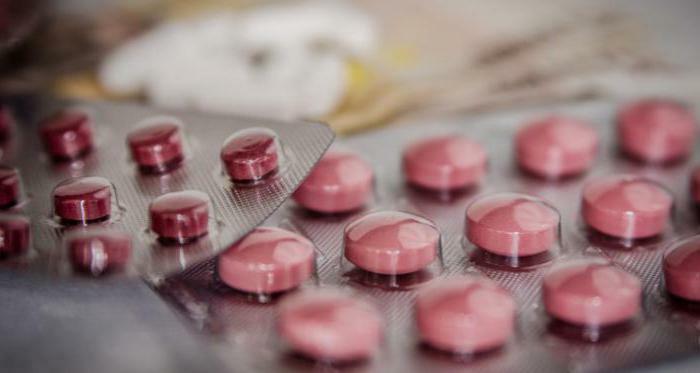 This appointment, he does only after a thorough inspection and guided by the results of the relevant analyzes. Let's take a closer look at how each active substance included by pharmacists in the R05CB group works.

Acetylcysteine ​​effectively helps to thin phlegm, and therefore was included in the mucolytics group. The list of preparations with this active substance includes about two dozen names of medicines of various forms. Acetylcysteine ​​is characterized by the following mechanisms of action: 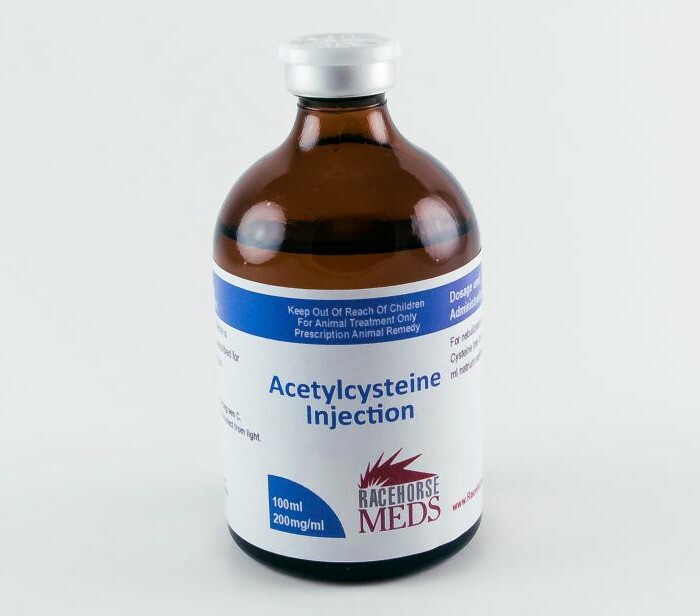 From preparations containing as active substance acetylcysteine, it can be noted:

Acetylcysteine ​​and drugs with it are contraindicated for children under 2 years( and some up to 6 years), pregnant and lactating women, people with gastric ulcer in the acute stage. There may be side effects in the form of headaches, stomatitis, drowsiness and noise in the ears, less frequent manifestations of gastrointestinal disorders, allergies, tachycardia. Acetylcysteine ​​can not be drunk with antitussive drugs. It also enhances the effect of nitroglycerin and inhibits the absorption of antibiotics.

Drugs containing this substance as an active ingredient are often prescribed for coughing, and are positioned as mucolytics. The list of drugs is limited to five pharmaceutical products. Getting into the human body, bromhexine acts as follows:

Mucolytics, listed below, contain bromhexine as the main active ingredient. 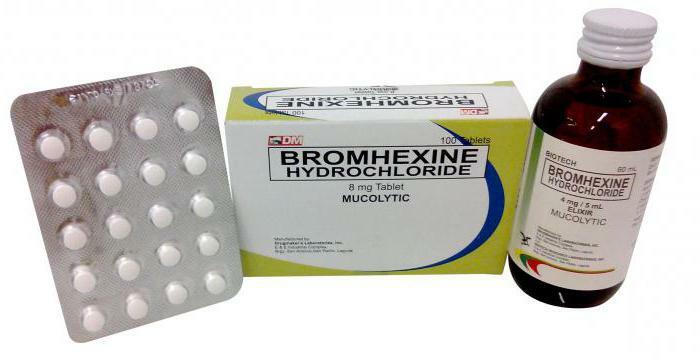 Mucolytics containing bromhexine are contraindicated in individuals with intolerance to this component, and children up to 6 years of age. They can cause indigestion, headache, increased sweat, skin rashes and bronchospasm. Pregnant and lactating women are rarely prescribed medications with bromhexine.

This drug is also included in the Mucolytics group. The list of drugs with carbocisteine ​​includes about ten names, but all of them have the same pharmaceutical effect: 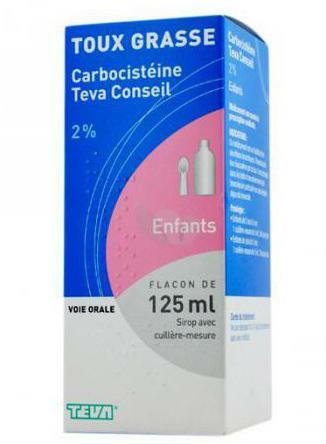 The list of drugs and preparations containing carbocysteine ​​is given below:

Carbocysteine ​​mucolytics, drugs and preparations described above can not be taken if there is an allergy to the main component, as well as ulcers, impaired normal functioning of the liver, glomerulonephritis in acute form, cystitis, pregnancy and lactation. Preparations in the form of capsules are contraindicated for children under 12 years, and in the form of syrup - up to 2 years. Mucolytic drugs from cough on the basis of carbocysteine ​​can sporadic digestive disorders and allergic manifestations.

These drugs are the most popular among patients. Ambroxol has the following effect on the human body:

Due to the presence of these factors, Ambrokol was included in the group "Mucolytics". 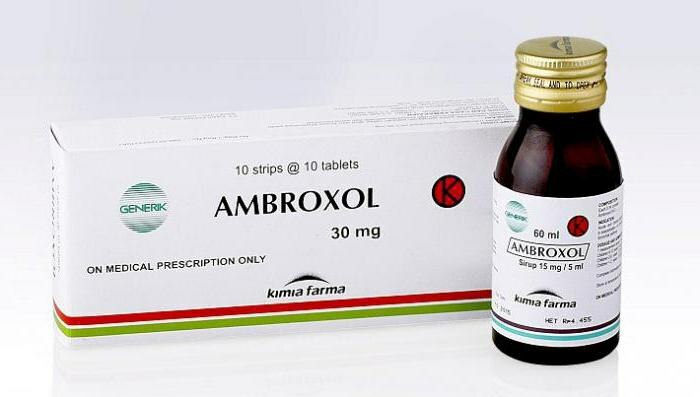 The list of drugs containing this component is very extensive. Here are the most common drugs with ambroxol:

Depending on the form of release of the drug, there are contraindications to taking medications on the basis of ambroxol. Such mucolytics for children under 2 years will only work if the dosage of the active substance does not exceed 3 mg / ml, usually a syrup or solution. Tablets can not be drunk to patients under the age of 6, capsules - up to 14 years. Also, if the patient has an individual intolerance to ambroxol, these mucolytics can not be prescribed. Among the side effects of the drug - digestive disorders, increased mucus from the nose, difficulty urinating, allergic reactions. In pregnancy, as a rule, ambroxol is not prescribed in the first trimester, and in later terms - only on the advice of a doctor.

These medicines contain several active substances that differ in their activity, which ensure the liquefaction of phlegm, therefore they were included in the typology of "Mucolytics".With a dry cough, the list of drugs prescribed by a doctor from the list described earlier in the article can be supplemented with the following medicines:

Ribonuclease for the treatment of dry cough

Usually prescribed mucolytics for dry cough, the list of which was presented earlier, can be attributed to drugs with traditional and tried-and-tested time. A completely new and modern way of getting rid of viscous sputum in the respiratory organs is the use of ribonuclease or dornase alpha. This substance is a genetically engineered product, an analogue of the natural human enzyme, which is responsible for the cleavage of extracellular DNA. 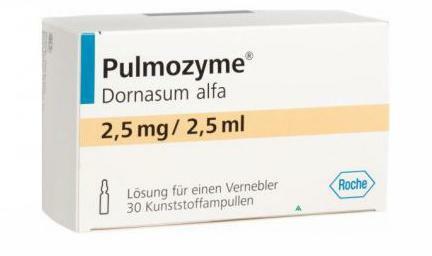 In the presence of a patient with cystic fibrosis, which is characterized by an acute infectious process, an accumulation of a purulent secret with high viscosity is observed. As a result, the function of external respiration is impaired in patients. In a purulent secret, a large amount of extracellular DNA is contained. These particles are released from decaying leukocytes, formed as a response mechanism for infection, and have a high viscosity. Ribonuclease hydrolytically cleaves sputum DNA and, as a result, mucus liquefies.

Dornase alpha is a part of the preparation "Pulmozim", which is available in the form of a solution for inhalation. The active substance content is 2.5 mg / 2.5 ml. This drug is successfully used in cystic fibrosis, as well as chronic lung diseases: bronchiectasis, COPD, congenital malformations in children, pneumonia, respiratory damage of immunodeficiency.

Contra-indications for Pulmozima are few. The drug can not be administered to pregnant and lactating women, or to children under 5 years of age. Side effects of this drug are rare and can manifest as acute lymphatic leukemia, aplastic anemia, epilepsy, migraine, conjunctivitis, disequilibrium, tachycardia, cardiac arrest, bradycardia, pneumonia, bronchospasm, digestive disorders, allergic dermatitis, Quincke's edema, disorderspregnancy and delivery, chest pain, weakness.

This article addressed the question: "What drugs are mucolytics?" The list of the most common drugs of this group was named. 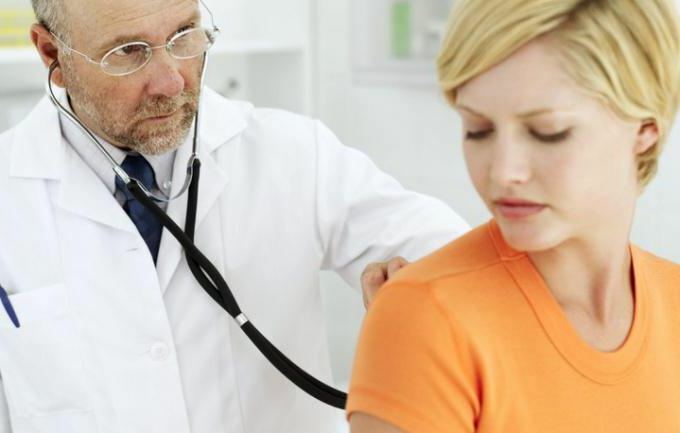 It should be specially noted that the purpose of the drug, its dosage, as well as recommendations for the duration of the course of treatment and the possibility of replacing the drug with an analogue are issues that are in the competence of only a medical specialist after a thorough diagnosis of the patient. Self-medication in this situation can be not only unproductive, but also capable of causing unpredictable consequences: from side effects of drugs to the development of chronic diseases. Therefore, if you have symptoms of ailment, do not delay the visit to the doctor. Be healthy!