Analog of activated carbon for children

Activated carbon is a well-known medicinal product from the group of natural adsorbents. Tablets are effective for various problems with digestion. A similar therapeutic effect is possessed by other sorbents. The analog of activated carbon may differ in cost, but at the same time it will be more effective and safe. Modern disintoxication drugs can be prescribed for pregnant and lactating women, and also used in treating children of all age categories.

How does activated charcoal work?

The most accessible adsorbent used to purify the body of toxins and other harmful substances is activated charcoal. Useful properties of this remedy were known even in the times of Ancient Egypt. The drug has a large surface activity and is capable of binding toxic substances, poisons, allergens, harmful bacteria, gases. The activated carbon is especially useful for poisoning.

Small black tablets will be effective in many pathological conditions of the gastrointestinal tract. The product will help with increased gas production, fermentation, bloating and diarrhea. Positive effect of the adsorbent on the occurrence of allergic reactions was noted. Activated carbon, analogues of which can be of organic and mineral origin, should not be taken simultaneously with other medicines. In addition to adsorption of harmful substances, the agent removes from the body and beneficial microelements, vitamins. Can I give activated charcoal to children?

Despite the fact that activated charcoal is a completely natural sorbent, in pediatrics it is used with caution. Doctors warn parents about the need to correctly calculate the dosage of the drug. For each kilogram of the weight of the baby, it is necessary to take 0.05 g of the drug. The maximum single dose is 0.2 g. For children of the first year of life, the medicine can be given in the form of a powder diluted in water.

Indications for the use of activated carbon are the following pathological conditions:

Pediatrician can choose an effective analogue of activated charcoal. For children, Smokta and Polysorb are more suitable. Preparations are in the form of a powder for the preparation of a solution. Smecta has a pleasant fruit taste. Babies who are already 1 year old are prescribed "Atoxil".

We select the analogue of activated carbon

Sorbents possess a unique ability to isolate and remove harmful substances from the body. And the type of toxic substance does not matter. Such drugs can absorb even gases. Activated carbon is considered to be a universal agent. 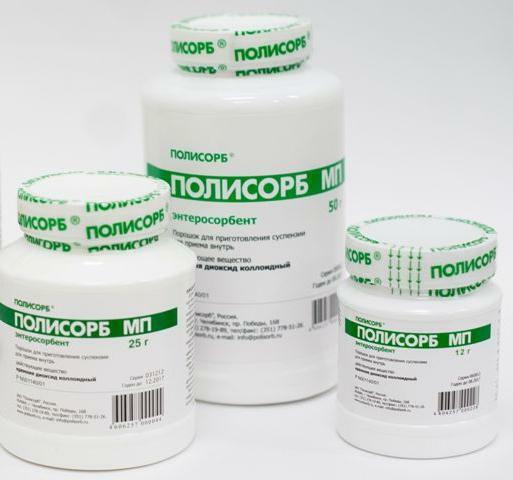 Analogues of the popular sorbent are developed using modern technologies. In addition to disintoxication, they have a positive effect on the digestive and immune system, improve metabolic processes. Types of sorbents differ depending on the effect on harmful substances. Some adsorbents can change the state of toxins to a solid or liquid. Preparations from the second group involve substances that poison the body. Chemical adsorbents belong to the third category and are able to neutralize the harmful effects of toxins due to the fact that they enter into reaction with them.

Selecting an analog of activated carbon, the doctor takes into account the age of the patient. Not all drugs used in the treatment of adults are suitable for children. The smallest patients are allowed to prescribe such drugs as "Polysorb", "Smecta", "Enterosgel", "Laktrofiltrum", "Atoxil".In adolescence( from age 14), it is allowed to use "White Coal".

For intestinal disorders, diarrhea, food poisoning, salmonellosis, atopic dermatitis, children older than 1 year are prescribed a product based on silicon dioxide "Atoxil".An analogue of activated carbon is considered to be an effective enterosorbent, which has a powerful antimicrobial, disintegrating, bacteriostatic and anti-allergic action. 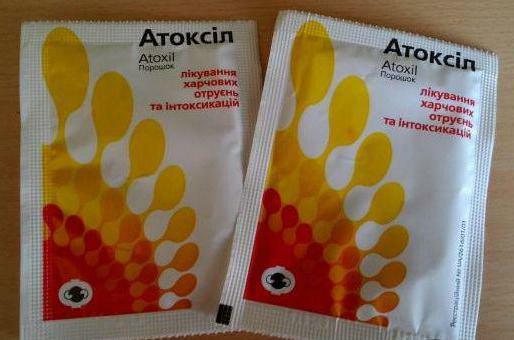 The drug, in contrast to many sorbents, acts fairly quickly due to the high dispersity of the active component."Atoxil" refers to enterosorbents of the 4th generation.

It is important to correctly prepare an analog of activated carbon for use. The powder is intended for the preparation of a suspension. It can be in a vial( 10 g) or in small sachets( 2 g).A large volume is intended for the treatment of adult patients. In the bottle, add pure water( 250 ml) and shake until a uniform suspension is formed.

The powder in the sachet is prepared in a similar way. It is poured into a container and poured in water( 250 ml).The prepared suspension can be given to children during the day. The maximum dose per day is 4 g "Atoxil" for children under 7 years. In rare cases, there are side effects in the form of constipation.

Smecta powder for suspension in pediatric practice is often used. The product is considered the safest sorbent for children of the first year of life and can help with a variety of problems with digestion. The active component of the absorbent drug is smectite dioctahedral - a mixed silicate( oxide) of aluminum and magnesium of natural origin. 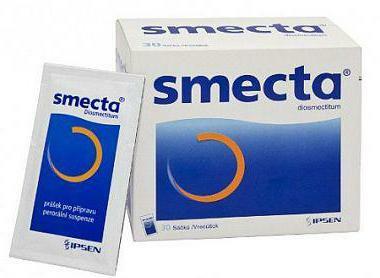 Smecta is prescribed for diarrhea of ​​various etiologies, food poisoning, bloating in children and adults. Also, the remedy is effective as part of complex therapy for gastrointestinal pathologies. In the composition there are fragrances( orange and vanilla).

Analog of activated carbon in tablets

For the treatment of digestive disorders accompanied by dysbacteriosis, it is better to use sorbents with prebiotics. A popular analogue of activated carbon in tablets, which is able to normalize the state of the intestinal microflora, is Lactofiltrum. 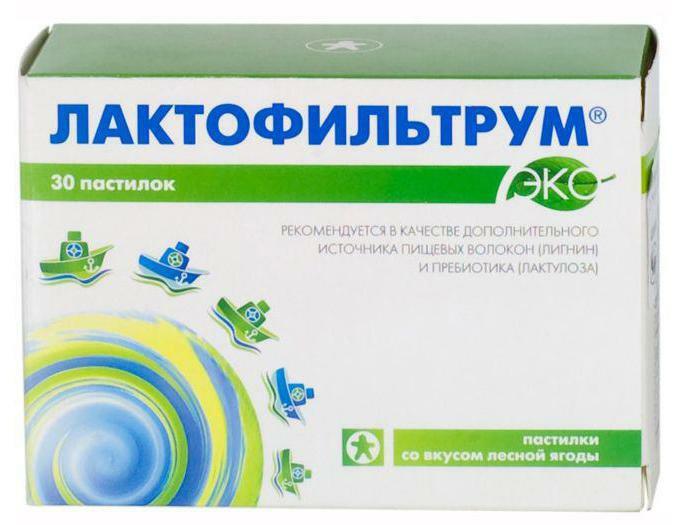 The enterosorbent contains lactulose( prebiotic) and lignin hydrolyzed( organic compound).The drug can be used to treat children from 1 year.

Another effective sorbent in tablets is "White coal".The drug is administered to adolescents and adults.