All of us address to doctors, and the first, from what our dialogue begins, is laboratory researches. And if for a specialist the data indicated on the results obtained is clear, then an ordinary person often confuses even a simple interpretation of the blood test. HCT - this is the way now designate such a parameter as hematocrit - is an important indicator of human health. Let's talk more about it. 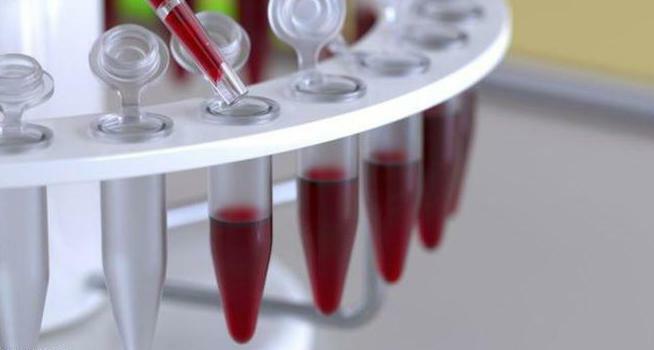 Hematocrit is one of the conditional blood indicators. It shows the percentage of the mass of erythrocytes to the total volume of the biological fluid. The indicator HCT( blood test), the decoding of which can also be interpreted as a ratio of all blood elements to plasma, more often still determines the volume of red blood cells, because they account for 99% of the total number of blood cells.

The official name of this parameter is the hematocrit number, and in popular speech it is often called the "density of blood".The hematocrit is a bulb that is used for centrifuging a biomaterial, but its name has become so well established that it is often used in official medicine.

is determined As is known, the blood consists of plasma( liquid part) and cells. Plasma is a water in which proteins, enzymes, hormones, microelements are dissolved. The cells represented by red blood cells, leukocytes and platelets, have a different structure and perform dissimilar functions. When the blood test is decoded, the HCT is determined visually. For the analysis, the selected venous or capillary blood is placed in a test tube and, after adding an anticoagulant to it, it is centrifuged. In this case, denser and heavier cells settle. The lower layer is made up of erythrocytes, the average is leukocytes and platelets, and plasma remains above. After that, a measurement takes place. So, for example, if the result indicates that 40% HCT( blood test), the transcript will mean that in a test tube with 100 μl of blood after it was passed through a centrifuge, 40 μl take up red blood cells. 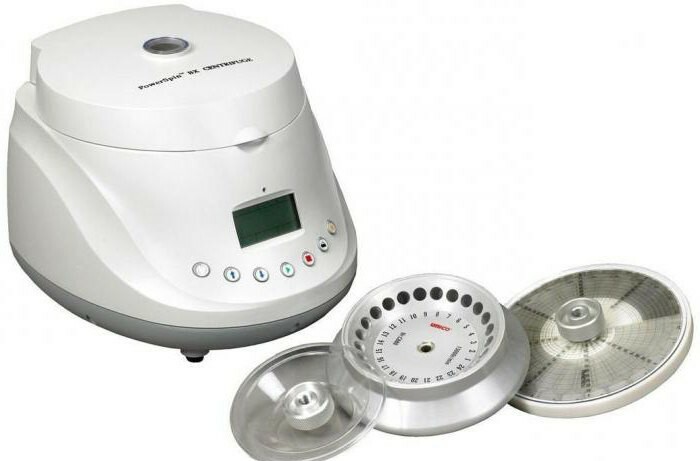 To date, there are two methods for determining the hematocrit. Do this with a centrifuge( in this case, the indicators will be indicated in percent) and using an automatic hematology analyzer. At the last study, the decoding of the total HCT blood test will be determined as the ratio of liters to liters( l / l).It will look like this:

Hematocrit is not a constant indicator. In men, it is often higher than that of women. What are the normal indicators of HCT?The analysis of blood( transcript) in children of the first year of life often shows significant differences from that in adults. As the patient grows up, this value gradually decreases. Pregnancy also has an effect on this indicator. Under normal conditions, the hematocrit slightly decreases.

The following values ​​of HCT( blood test, transcript) are normal:

As you can see, the indicators have quite a wide range. In addition, considering the results, you need to consider that they can be influenced by external factors. So, for example, taking certain medicinal substances( alpha-interferon, drugs that dilute the blood) can significantly affect the result.

What is the purpose of the 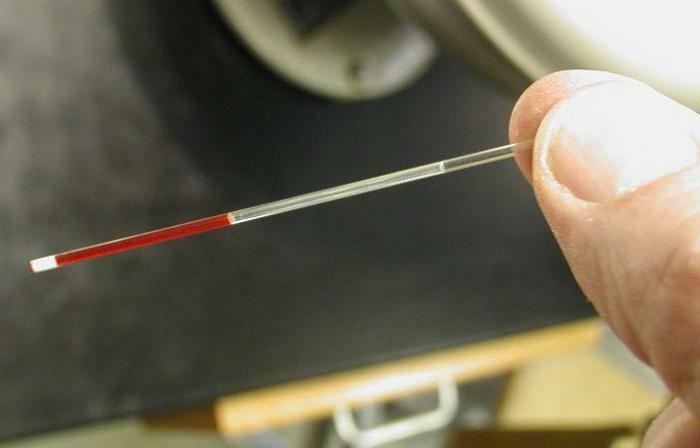 analysis? When the blood test is decoded, HCT is one of its mandatory indicators, so it is always evaluated. Diagnostic value this indicator has in the following cases:

In addition, when heavy blood transfusion is performed for severe patients, HCT allows to determine the presence of internal bleeding, the level of dehydration. It is also an important indicator for patients after a blood transfusion, as it helps to evaluate the effectiveness of the measures taken. 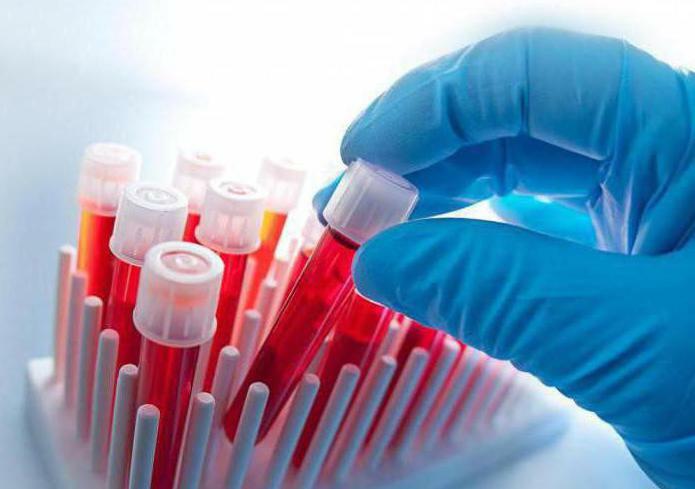 The most common decrease in hematocrit can be observed with hypoplastic anemia. With this disease, the level of HCT can be reduced to 15-25%.Symptomatically, this can be manifested by constant fatigue, headaches, dizziness, weakness. From the side of the cardiovascular system, there are tachycardia( rapid heart rate), dyspnea. Externally, the pallor of the skin, hair loss, brittle nails.

Another reason for low hematocrit may be hyperhydration. This pathology, characterized by an excessive amount of water in the blood, can result from kidney failure, poisoning, viral or infectious diseases.

Hyperproteinemia( increase in the amount of protein in the blood) can also be accompanied by a low hematocrit number. The cause of increased blood proteins are liver pathologies( hepatitis, cirrhosis), malignant formations, long-term fevers, intoxication, chronic heart and kidney diseases.

Decrease in hematocrit in pregnancy is physiological in nature. However, from a gynecologist, who leads a pregnancy, it is necessary to determine in a timely manner when the lowered indices indicate the development of anemia. It is for this purpose that a blood test is regularly done. HCT( norm) in women waiting for a child varies from 31 to 35%.Its increase above 36% may signal dehydration, and indicators above 40% already indicate pronounced hypovolemia( a decrease in the volume of circulating blood).The cause of this can be a constant vomiting, swelling, excessive use of salts. 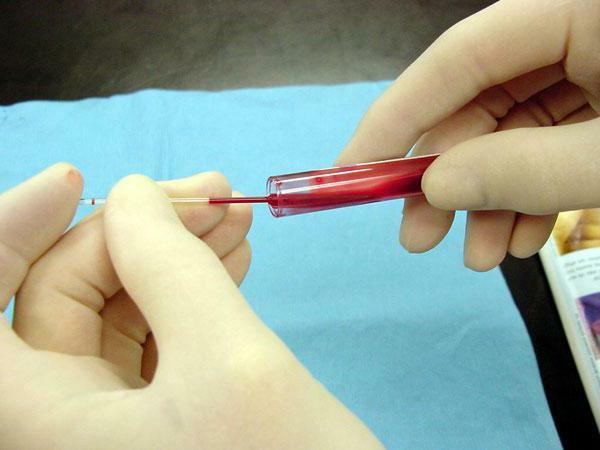 A reduction in hematocrit in a pregnant woman below 30% may signal a growing anemia, which means that the cells do not receive sufficient nutrients and oxygen. In addition, this leads to an overload on the heart, kidneys and other organs. Another reason for the decline in hematocrit may be hyperhydration, caused by the introduction of large amounts of intravenous fluids.

When the hematocrit is found at a level above 55%, we can speak about its increase. First of all, this means that too many cellular elements become in the blood, that is, its viscosity increases. It threatens with increased thrombosis. Thrombosis can lead to the development of complications that can be fatal. The following conditions may become the cause of increased hematocrit:

What affects the hematocrit

Despite all of the above, a moderate increase or decrease in hematocrit is not always a sign of the development of any pathology. Its increase may be due to a slight dehydration of the body. Often this is caused by inactive people who consume little fluid. Elevated hematocrit may result from profuse sweating, diarrhea, or vomiting.

High HCT can be observed in peoples living at high altitudes. The reason for this is persistent hypoxia. By adapting to it, the body increases the number of red blood cells.

Hematocrit is elevated in athletes who consume anabolic steroids. If the blood test shows HCT above 50%( 0.5), then the athlete is not allowed to compete as a doping user.

Smoking can also cause increased hematocrit. This habit forces the body to be in a state of constant oxygen starvation, which stimulates the production of red blood cells. As a consequence - the hematocrit increases, so even a healthy smoker will be higher than a non-smoker.