Bleeding in menopause: causes and treatment

The female body is very interesting. In reproductive age the body of the representative of the weaker sex and some of its internal organs undergo strong changes. They occur under the influence of hormone production. At such times, the absolute norm is the allocation of blood from the vagina. This process is called menstruation and is approximately one-fifth of the entire cycle.

With the onset of menopause everything changes. Sex hormones cease to be produced, and the ovaries greatly diminish in size. The uterus during this period is less, and the woman is no longer able to bear and give birth to offspring. It would seem, what problems can there be? However, not always everything happens exactly as described in smart books. One of the frequent reasons for a woman to turn to a gynecologist is bleeding with menopause. The causes of the development of this symptom can be natural or pathological. Determine what exactly you are dealing with, only a specialist is capable of. This article will tell you about how bleeding develops with menopause. What to do in such cases, you will also find out further. 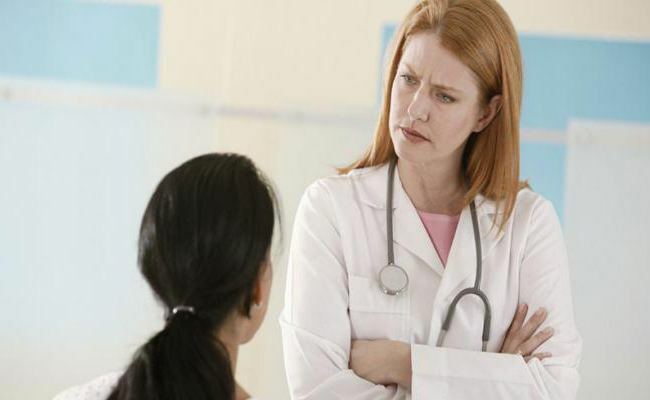 A bit of the theory of

Before you figure out what bleeding is due to the climax of the cause, it is worth saying a few words about the most described condition. A woman is born with a definite stock of eggs. By the time of puberty, he can change his quantity. Next, with each ovulation and subsequent menstruation, these gametes begin to be consumed. During pregnancy, this process is somewhat inhibited, but with the recovery of the cycle, it recovers its turnover.

Ovulation occurs under the influence of sex hormones. The main ones are estrogen, progesterone, luteinizing hormone and so on. One always replaces the other. So conceived by nature. When the stock of eggs reaches its minimum, menstruation ceases. Ovulation no longer occurs, and the ovaries cease to function. This stage is called menopause. But even at that moment, some women manage to conceive a child. Perhaps, unexpected ovulation still comes. However, most representatives of the weaker sex are faced with the fact that the function of the ovaries is completely extinguished.

Which bleeding has menopause symptoms? Every woman can clearly identify this feature. After all, a representative of the weaker sex by that time experienced tens and hundreds of menstruations. About bleeding in menopause, you can speak even with insignificant discharge of red color from the genital tract. If the representative of the weaker sex requires absorbent means of hygiene, then we are talking about a rather strong and, possibly, a dangerous process.

Bleeding during menopause( as monthly) is often accompanied by symptoms such as pain in the lower abdomen, an increase in body temperature, the appearance of weakness. Anemia often joins, however, it can only be determined by conducting laboratory diagnostics. 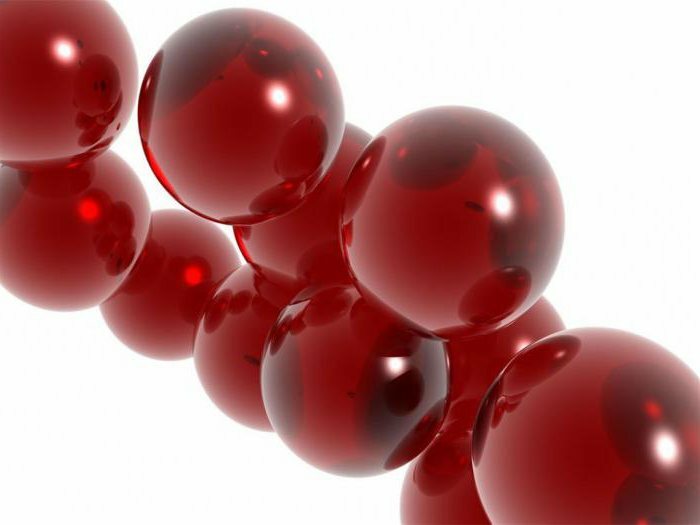 Do I need a correction?

If bleeding occurs in menopause, what should I do? To begin with it is necessary to address to the doctor. And you do not need to go to the polyclinic and sit out a long queue in the corridor. Go immediately to a hospital or call an ambulance. In some cases, the developing problem can be very dangerous. In most situations, doctors try their best to cope with the pathology with the help of conservative methods, but it also happens that surgical intervention is required. Among the medicines used at this time, we can distinguish the following: "Vikasol", "Oxytocin", "Mirena", "Indinol", "Zhanin", "Traneksam", "Sorbifer" and many others.

Tactics treatment is determined exclusively after establishing the cause of bleeding. For this, the doctor performs a manual examination, performs diagnostics with an ultrasound device. Sometimes doctors resort to methods of magnetic resonance and computed tomography. Not inappropriate will be the usual laboratory research. After receiving a set of data, doctors decide what to do with the patient. At this time, the woman must first aid.

So, the representative of the fairer sex develops uterine bleeding with menopause. What to do in this case? Even at home, before the arrival of a team of doctors, the patient should be placed on a horizontal surface. The area of ​​the lower segment of the abdomen should be ice. If there is not one, then you can use any frost from your refrigerator.

Some knowledgeable women recommend taking a warm bath or using a heating pad to relieve pain. It is absolutely impossible to do these manipulations. Thus, you can provoke an increase in secretions, than create a danger to the life of the patient. It is also forbidden to take any medications, especially painkillers. This manipulation, conducted without the participation of medical personnel, can result in a blurred clinical picture. If bleeding develops with menopause, the causes, treatment of pathology should always be interrelated. To make a correction, it is necessary to establish what exactly caused such symptoms. Consider what bleeding is due to the climacteric causes. 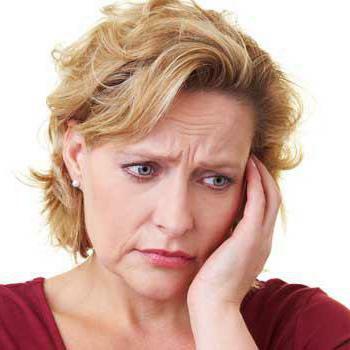 Sudden bleeding with a climacteric of the cause can be completely natural. It often happens that after the menopause in women, ovulation occurs. This process is the exception rather than the rule. So, hormones in a certain month suddenly start to stand out, provoking the growth of the follicle. There comes the usual menstruation.

This process does not require medical intervention. When the critical days are over, the usual state will come. With breakthrough ovulation, almost 60 percent of the fairer sex population is facing after 40 years. However, in 50 this phenomenon is very rare. In order to correctly diagnose, ultrasound diagnosis is required in this case. The described bleeding lasts not more than one week and most often does not bring any discomfort.

Pregnancy of all kinds

What else has bleeding during the climacteric causes? This symptom may indicate a new interesting situation. Often at the very beginning of menopause, women are faced with breakthrough ovulation. This state is described in the previous paragraph. If a sexual contact occurred during the rupture of the follicle, then conception may well ensue. Due to changes in internal reproductive organs, almost 30 percent of such pregnancies end in miscarriage, or the fetus develops outside the uterine cavity. Doctors explain this by the inadequate production of hormones.

Treatment directly depends on the desire of the patient. If a woman wants to save a child, which is often not recommended, then she is prescribed hormones based on progesterone. Such medicines are able to protect the fruit from rejection as much as possible. When it comes to ectopic pregnancy, doctors resort to surgical treatment. As a result, the pathological egg is removed and, in some cases, the organ in which it develops. 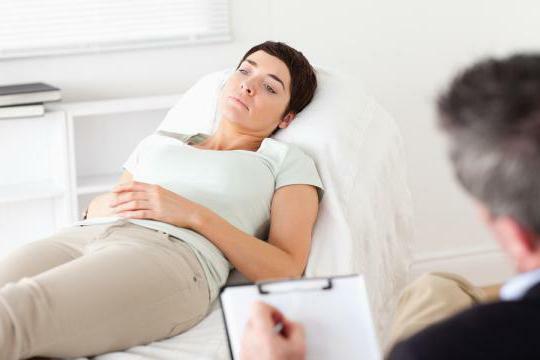 Breaking the hormonal background of

If bleeding develops during menopause, the causes can be covered in hormones. With the onset of menopause, there is an imbalance of estrogen and progesterone. However, these substances do not cease to be produced immediately. Still for a while there is a small concentration of them in the body. Due to the fact that ovulation does not occur, the endometrium is greatly thickened. It ends with heavy bleeding. If you do not pay attention to these symptoms in time, you can face pathological formations on the inner layer of the genital organ, but more on this later.

Treatment of the described situation is performed most often surgically. Under the influence of anesthetic woman is injected into a deep sleep, after which the organ is scraped with a curette. An obligatory condition for manipulation is the subsequent direction of the received material to hysteroscopy.

Bleeding during menopause causes often has pathological. Many women face such neoplasms as polyp or myoma. The adipose is always formed on the mucous layer of the genital organ. Myoma can grow inside or even out. To detect this process, you need to see a doctor. Usually the diagnosis is made through hysteroscopy.

Treatment of the described processes is often performed surgically. Often, doctors insist on the complete removal of the uterus, to protect the woman from recurrence and oncology. Currently, medicine knows more gentle methods of treating myoma and polyp. This moxibustion, overlapping arteries, feeding the tumor, and so on. However, women are rarely used in menopausal women. 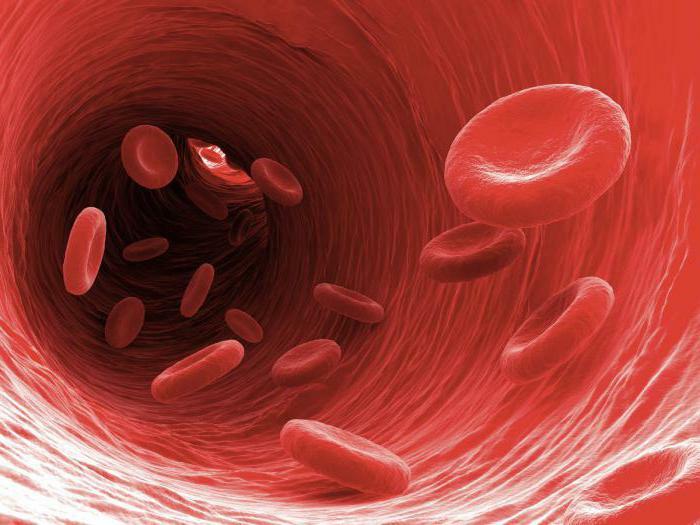 This diagnosis is most often made to women of reproductive age. However, during the menopause this problem also occurs. Hyperplasia is an abnormal increase in the inner layer of the uterus. The reasons here can be different: starting from the inflammatory process, ending with hormonal disorders.

Correction of this condition consists in the use of surgical methods( scraping) and conservative hormonal treatment. Often, women are prescribed biologically active supplements, such as "Indinol" and "Epigallate."However, despite the positive feedback, their effectiveness has not been formally proven.

Often breakthrough bleeding in women can occur if there is a violation in the thyroid gland. It is worth noting that this process does not occur in the climacteric period. The problem can worsen at any moment of life the representative of the weaker sex.

Treatment of diseases such as hypothyroidism or hyperthyroidism should only be done by literate professionals. No self-correction is allowed. If the problem causes severe bleeding, then doctors are treated in a hospital and use drugs such as "Vikasol", "Dicinon", "Traneksam" and so on. Simultaneously, the representative of the weaker sex may be prescribed preparations containing iron, for example "Sorbifer".

Disturbances in the circulatory system

Sometimes blood is released from the genitals during the menopause because the woman suffers from a low platelet count. This fact can be determined by a simple laboratory study. In such a situation, you need to correct the problem directly, and not eliminate its cause.

For the treatment of bleeding disorders of the blood, the above-described haemostatic drugs are prescribed to the representative of the weaker sex. In particularly difficult situations, donor assistance may be required. Such women are categorically forbidden to take medicines that dilute blood. Even ordinary aspirin can aggravate the problem.

It often happens that bleeding begins with menopause. The reasons are medicines. If a woman of the sexes uses oral contraceptives, their misuse may lead to blood clotting. Treat this pathology with the help of the same hormonal drugs, but already under the supervision of a doctor.

An intrauterine device may cause bleeding. If she at any time pierces the wall of the uterus, then this situation becomes dangerous for the life of the patient. In this case, surgical intervention and suturing of the perforation are performed. 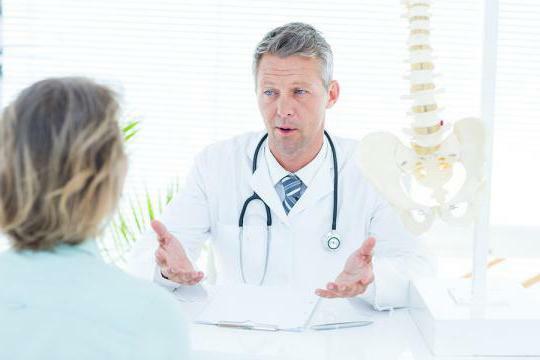 Bleeding at menopause: treatment at home

Some women are inclined to the fact that it is not necessary to use the services of physicians for a similar problem. Such representatives of the weaker sex use grandmother's recipes to solve the problem. One of the most popular means is a tincture of water pepper. Take it a few drops every day throughout the bleeding. What is the attitude of physicians to this approach?

Doctors say that if there is bleeding in menopause, treatment with folk remedies is unacceptable. The above described remedy is not capable of eliminating the problem, due to which a symptom arose. Tincture of water pepper can only slightly reduce the intensity of bleeding. The doctors remind that the problem can lead to the development of very serious consequences. Visit the doctor for complaints and be healthy!