How to take "Bifiform" before meals or after? Instructions for use, feedback

The human microflora is a collection of several kinds of useful microorganisms( bacteria) that form colonies. Changing the number of colonies of these bacteria can lead to disruption of the digestive system and, as a consequence, to dysbiosis. It is at such times that drugs containing bifidobacteria are saved. One of the most common is Bifiform. The price of this drug depends on its form of release and varies between 250-500 rubles.

About the intestinal microflora

The intestinal microflora is a whole group of microorganisms, the so-called beneficial bacteria, which actively interact with each other and ensure the normal functioning of the digestive system. Thanks to these bacteria, the digestion of food takes place and subsequently - the assimilation of vitamins, minerals, necessary for a full-time life. In addition to useful, in the intestines can live and "harmful" microorganisms. In fact, they "interfere" with the normal functioning of the intestines, release products of putrefaction and toxins. That is why it is important that there are more "useful" bacteria than "harmful" bacteria. If the latter synthesize products that poison the body, then the former, on the contrary, neutralize all the harmful that has got into the intestines - acids, alcohols. As soon as harmful bacteria begin to predominate, there is an imbalance in the intestine, dysbiosis arises. The cause of its occurrence can be many factors, the most common - malnutrition, poor ecology, excessive consumption of alcoholic beverages and coffee, eating foods with signs of spoilage. In most cases, patients with dysbiosis are prescribed the drug "Bifiform".How to take "Bifiform", before meals or after, as well as the frequency of treatment and the duration of treatment are described in the instructions.

"Bifiform" is a combined preparation, the composition of which consists of several components. It helps normalize the intestinal flora. Produced in the following forms:

All listed forms also contain special substances that serve as a breeding ground for bacteria. Many are interested in how to take "Bifiform", before meals or after. The drug's instruction contains information that it can be taken at any time, regardless of food intake. Powder "Bifiform" can be dissolved in any liquid. 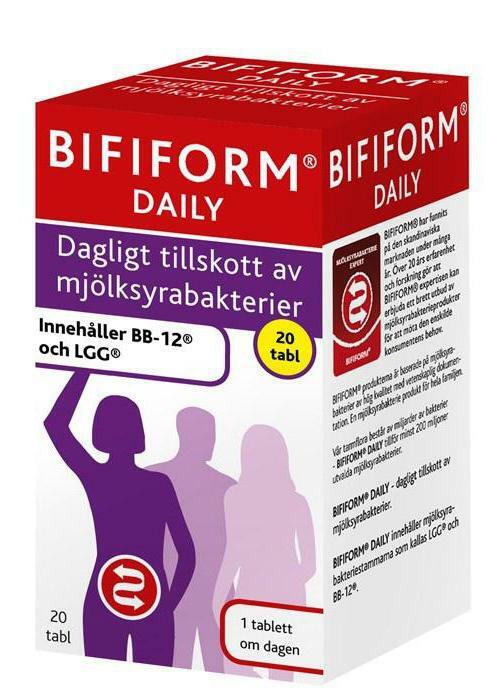 "Bifiform" is a tool that normalizes the digestive system. Belongs to the group of antidiarrheals, microbial preparations and probiotics. Probiotics are called living bacteria, with proper use of which it is possible to achieve equilibrium in the intestinal microflora. Enterococci and bifidobacteria suppress the growth and multiplication of harmful microorganisms by the synthesis of lactic and acetic acid. In the composition of the drug "Bifiform"( reception and its multiplicity should determine the doctor) are highly resistant to antibiotics bacteria. The intake of the drug improves the synthesis of vitamins and their absorption, and also participates in the enzymatic digestion of fats, proteins and carbohydrates. 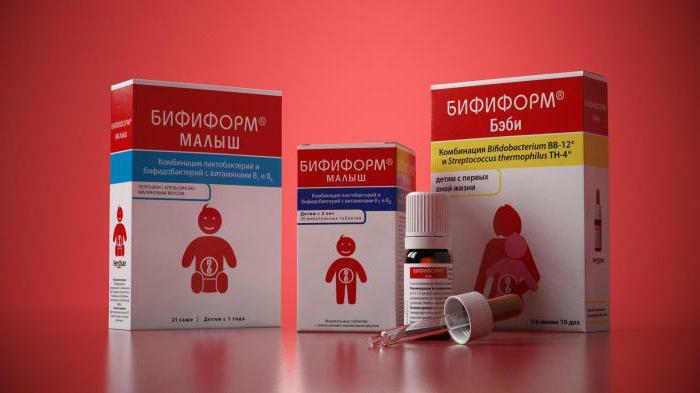 The preparation includes strains of microorganisms resistant to many antibiotics. Therefore, "Bifiform" can be taken in parallel with antibiotic therapy.

"Bifiform forte" should be taken with: 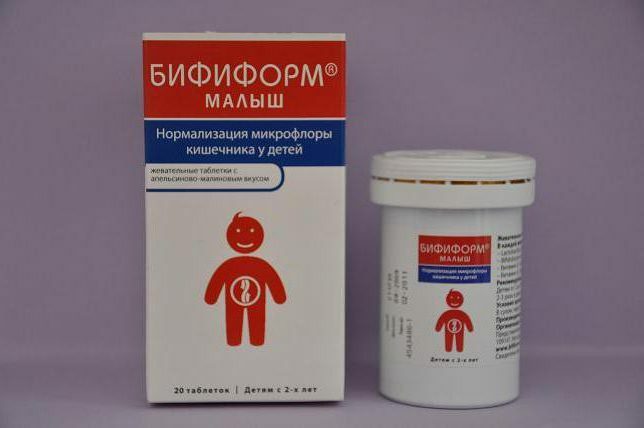 How to use and dispense

Not everyone knows how to take "Bifiform", before meals or after. The instruction says that you can take it at any time. Children over the age of two and adults should take 1 capsule twice a day. In a day, the maximum dose should not be more than 4 capsules. Capsule should be washed with water and not chewed. The course of taking 5-10 days. Children aged 0-12 months are prescribed a drug in the form of drops - 5 ml 1 time per day. Before taking the drug should be shaken. The course of admission 10-14 days."Bifiform" in the form of powder take 1 powder or sachet per day once, the duration of the course of treatment can be up to 20 days. Children over the age of three are prescribed 2 sachets twice or thrice a day. Chewable tablets are prescribed one to two times a day for children from three years. Duration of admission is at least 5 days.

"Bifiform", the price of which depends on its form, should not be used in case of hypersensitivity to the auxiliary substances that make up Bifiform. A complete list of these substances is indicated in the application manual. In other cases, take the "Bifiform" instruction, reviews do not prohibit. 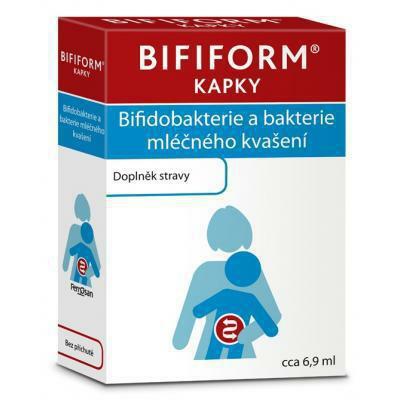 The drug's instruction does not contain information about adverse reactions that occurred as a consequence after taking the drug. Negative reviews of the drug are not found.

"Bifiform" must be stored at a temperature of no higher than 15 ° C, in a dark and dry place. The drug is suitable for use for two years from the date of its release."Bifiform" in the form of drops can be stored for 14 days from the day the vial is opened in the refrigerator.

Questions about whether it is possible to use bifidobacteria and how to take "Bifiform", before meals or after, are of interest to most pregnant and lactating women. The answer is simple - it is possible and necessary, if it is necessary. This drug is completely safe for both mother and future baby. It contains only useful bacteria and B vitamins. Pregnant women suffer from dysbiosis more often than others, therefore it is prescribed for treatment, as well as for frequent diarrhea during pregnancy( at any time) and lactation. However, it is still worth consulting with the attending physician and determining the frequency of taking the drug.