Treatment in the sanatorium in Sochi diseases of the musculoskeletal system, joints

The city's coat of arms depicts a healing source - the symbol of Matsesta - and the slogan "Health to the people!", Reminding that the main purpose of the city is a sanatorium activity. In this city they know and are able to take care of the health of the guests. Today, sanatoriums and resorts of the city occupy the leading place in the country both in terms of quantity and quality of provided health and wellness services. The sanatoriums of the city of Sochi with treatment, which are located all along the coast from Adler to Lazarevsky, hospitably open their doors to visitors. All of them offer a wide range of services. Among them, it is not difficult to choose the sanatoriums of Sochi, the treatment of joints in which is profiling.

Rarely, where on earth there is such a corner, where in the beginning you can swim in the tender sea, cover your body in the subtropics and after a few hours play snowballs or skiing high in the mountains. Here the nature has broken the settled and habitual rhythm of the seasons, and anyone who likes can choose the one that likes them. But the most important advantage of the resort is unique natural springs, the richest tropical and subtropical flora, rich in phytoncids and a suspension of sea salt air of the coast. Only here you will find hydrogen sulphide springs of Matsesta, drinking waters of the Volkonsky, Plastunsky, Mamaisky deposits, the waters of Cudapest with iodine and bromine, Imeretin mud. This resort is absolutely rightly and deservedly recognized as one of the most effective seaside resorts of the world due to its climate, rare natural landscapes and the presence of an extensive balneological base. 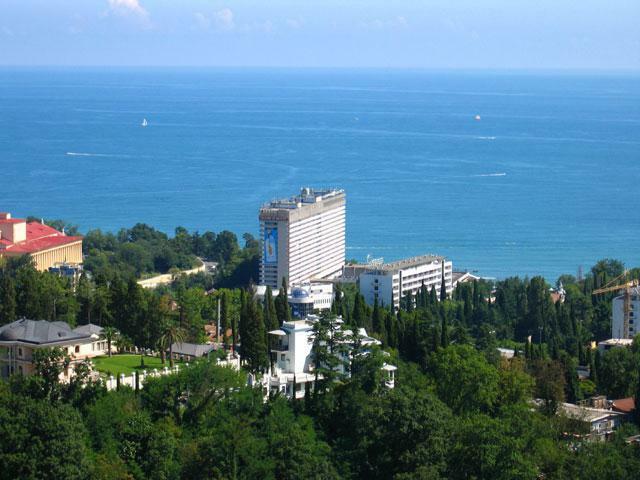 A bit from the history of

The time of the town's formation as a resort zone is October 1872.It was then that the well-known philanthropist NN Mamontov built a mansion here. He was called "Faith" in honor of his daughter Mamontov. And already in 1902 the first medical baths appeared, which received all the suffering. In 1909 the first official resort was opened with the proud name "Caucasian Riviera".A huge leap in the development of the resort occurred in the thirties of last century. In the capital, a development plan was approved, then just a MacEstin resort, and in the post-war years an active structure of sanatoriums and boarding houses began, so that anyone working in a multinational country could undergo treatment in a sanatorium in Sochi.

The climate of the resort

The unique climate of the resort zone is due to the proximity of the Greater Caucasus range with peaks 2,5-3 thousand meters high and the influence of the warm Black Sea. In Sochi, the most northern subtropics in the world are located near the eternal ice. The main Caucasian ridge blocks the city of Sochi from the penetration of cold air from the north, like a shield, so in the city it is never critically cold, and the average annual temperature is 14-15 ° C.In winter, temperatures rarely drop to -6, and summers are always hot and wet. The coldest month of the year is February, and it's best to get warm in Sochi in August. 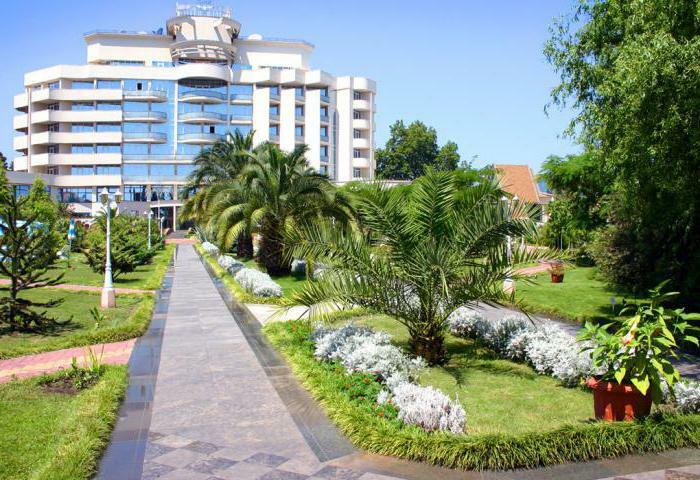 Treatment in a sanatorium in Sochi has gained its popularity thanks to the unique balneological base. There are many sources of hydromineral resources in the region. Scientists and doctors have developed effective procedures with the use of sulfide, chloride, hydrocarbonate, iodide-bromine and alkaline waters, and practically every sanatorium or boarding house can offer its one-of-a-kind method of treatment.

Even more raised the rating of the sanatoriums of Sochi with the treatment of the discovery of healing sources of Matsesta. Its waters have excellent healing properties. They include fluorine, hydrogen sulphide, iodine, bromine and colloidal sulfur. These components allow not only to strengthen the body, but also to relieve stress. 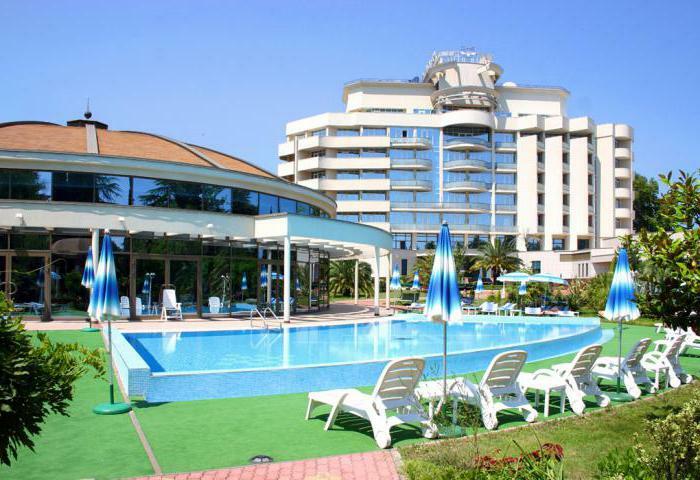 Spa therapy as a method of treatment of the musculoskeletal system

Treatment in a sanatorium in Sochi today becomes a real necessity for an increasing number of people. Therapy of diseases of the musculoskeletal system is a complex and lengthy process. The achieved results of drug treatment must be fixed. That's when the spa therapy comes to the rescue. Sanatorium treatment of diseases of the musculoskeletal system has its own indications and contraindications, therefore, before choosing the best sanatoriums of Sochi with treatment, it is necessary to consult with a doctor.

Who should not go to the sanatorium of Sochi?

General contraindications include diseases with circulatory failure, arthritis with a high degree of activity of the inflammatory process, changes in the joints and spine, which prevent self-service and movement. Many diseases of the thyroid gland with thyrotoxicosis are a contraindication in order to conduct treatment in a sanatorium in Sochi. Such patients stay in the resort not only will not bring benefits, but can do harm. To Sochi resorts should not be sent to people with decompensated lung diseases, pleurisy and severe forms of bronchial asthma, they are countered by staying in Sochi in August-September, because at this time the combination of humidity and high air temperature is extremely unfavorable for them.

Treatment methods used in the sanatoriums of Sochi

According to many leading doctors and scientists, resorts with radon and hydrogen sulfide waters are very effective in the treatment of diseases of the joints and the musculoskeletal system in general. These methods are used by almost all the sanatoriums of Sochi. Treatment of the musculoskeletal system, in particular rheumatoid arthritis, with the help of such baths creates an analgesic effect for 2-4 months, which lasts up to six months. In addition to baths, physical exercise, ultrasound and thermal procedures, mud baths and applications, massages, dosed physical exercise, reflexotherapy are widely used. Mud treatment is used to restore functionality in diseases of the spine, hernia and inflammatory processes in this area of ​​the musculoskeletal system. Applications of therapeutic mud have an excellent anti-inflammatory effect, increase the amplitude of movements in the joints, lower the level of stiffness of the joints of the limbs. In Sochi, resorts with treatment also offer a wide range of physiotherapeutic procedures. By appointment, doctors can use methods such as inductometry, electrophoresis or phonophoresis. 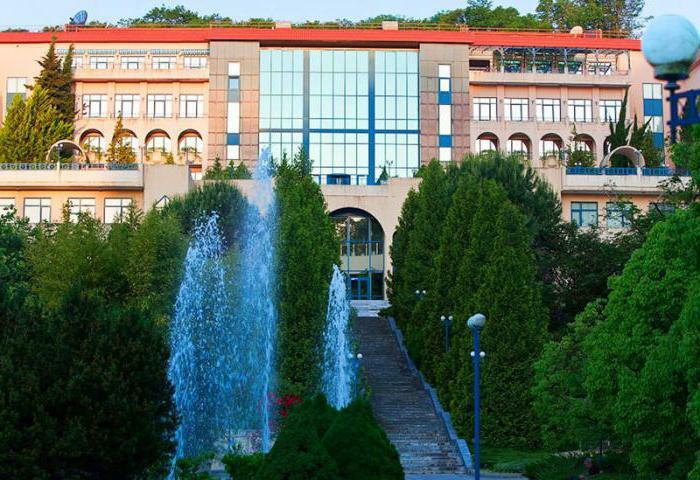 We choose for treatment and rest

Sanatoriums of Sochi with treatment amaze with a variety. Here you can find health resorts suitable for the therapy of almost all diseases, designed for every taste and for any thickness of the purse. In the resort city there are about a hundred institutions for recreation and recreation. Today, treatment in the sanatoriums of Sochi fully meets all modern requirements and standards.

The sanatorium "Rus" has a multidisciplinary medical center that deals with therapy of diseases of the musculoskeletal system. Here it is possible to carry out diagnostics, as well as undergo treatment with the help of magnetotherapy, laser therapy, diadynamic therapy, galvanization. You can order and Matsesta procedures.

In the city center is the sanatorium "Sochi".One of the best health resorts of the city, whose main medical profile is diseases of the musculoskeletal system. Services for the guests are provided by the balneotherapy department, physiotherapy equipment, shock wave therapy, mud therapy and fangoparaffin therapy. In the department of balneotherapy, the underwater traction procedure is successfully applied. This is a simultaneous exposure of the patient to water( usually warm or hot) and traction using a variety of techniques. The method is effective for the treatment of osteochondrosis of the cervical and lumbar spine, with intervertebral hernias.

The Oktyabrsky Sanatorium is equipped with a modern medical base. Here you can take such procedures as Matsesta, radon, iodine-bromine, bischofite, turpentine baths, classical manual massage, high-frequency therapy, heat treatment and galvanic mud.

Millions of Russians and foreigners visited Sochi sanatorium with treatment. Reviews about them may vary, but all agree unanimously that Sochi is really a paradise, and its climate and natural conditions can heal no worse than doctors. 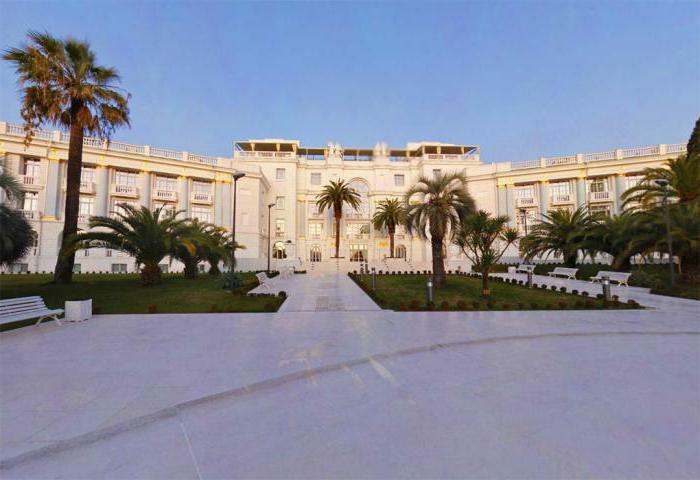 Here you are waiting for comfort, quality service, comfortable rooms, rationally balanced meals, highly professional medical services. Many sanatoriums have swimming pools with fresh or sea water. In Sochi, sanatoriums with treatment are equipped with their own beaches, which provide sunbeds, sun loungers and umbrellas, sports grounds, gyms, libraries, children's playrooms. This allows you to provide all the necessary conditions for a full, useful and memorable stay. 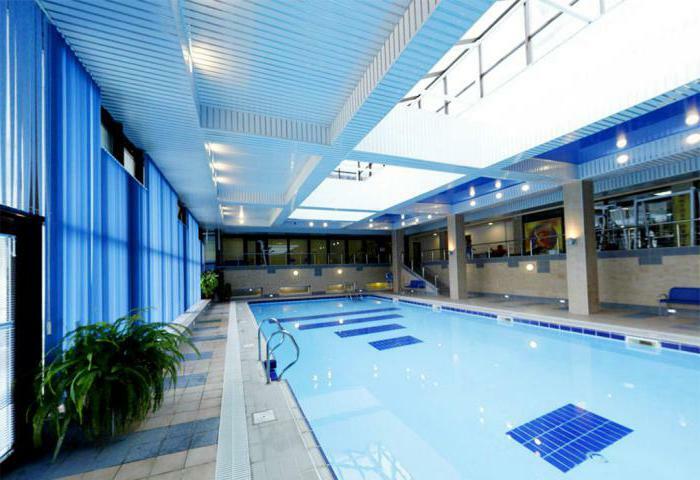 On the territory of the sanatoriums there are restaurants and cozy cafes with a variety of cuisine. Many health resorts for leisure of its guests offer a tennis court or billiards. A beauty salon or a hairdresser allow you to have a well-groomed appearance on vacation, and spa salons offer a lot of medical and wellness programs for skin, hair and nails. Guests can use the laundry( laundry and ironing), a luggage room. They took care of the sanatoriums and car owners: the car can be parked in a guarded parking lot. 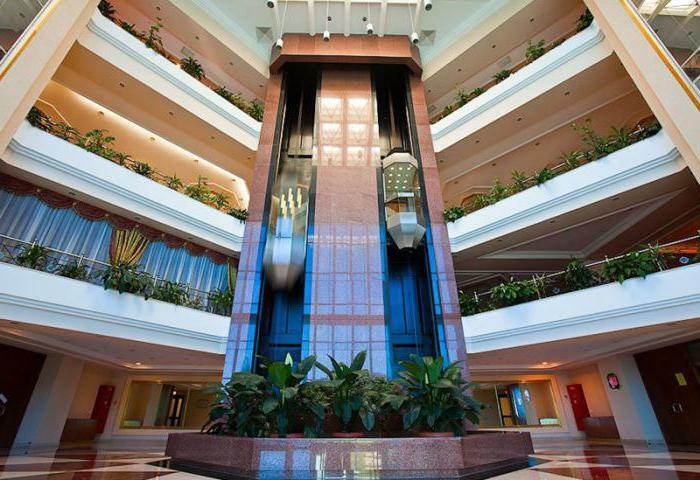 In most Sochi sanatoriums vacationers take year-round, not only in the summer. And every season has its own charm. Come to the sanatorium for rest and treatment at any time of the year! Comfort and comfort, high quality of service, a huge variety of procedures, highly qualified and courteous staff will make your stay in Sochi useful, bright, full and unforgettable. Welcome!