Causes and symptoms of neurosis. How is a neurosis treated? What is the obsession neurosis?

Have you ever caught yourself saying that, for example, in the morning a certain line from the song "got attached" to you, and you constantly mentally humming it? Or for some reason feel the urgent need to remember the name of the film actor who flashed on the screen? And did you suffer from the experience during the whole working day: "Horror! It seems that the water in the bathroom is not turned off! "?

These same or similar thoughts literally take prisoners of some people, delivering them a lot of trouble. In medicine, this condition has its name - obsessive-cumulative disorder, or neurosis.

We will talk about what neurosis is and how to deal with it, in the article.

Reasons for the emergence of the obsessive-compulsive disorder

The researchers associate the appearance of the named ailment with a genetic predisposition. Explaining this by saying that, perhaps, to our distant ancestors, compulsive behavior gave some advantages. For example, caution, keeping clean and constant readiness to meet with the enemy allowed people to survive, leaving a tendency in the genes for this particular psyche.

Scientists have proven that people with a known diagnosis when collecting an anamnesis, as a rule, are found relatives who have similar conditions. This applies in the first place to those patients who have neurosis appeared in childhood. Nevertheless, in modern world medicine there is no unequivocal answer to the question of why some people develop this neurosis.

What is the state that can provoke? This we will talk about a little later, but for now, let's name who is at risk.

Who most often develops a neurosis

Psychiatrists believe that the aforementioned disease most often develops in individuals of a certain psycho-emotional storehouse. As a rule, these are shy and indecisive people, only in their fantasies capable of performing any meaningful actions.

The obsessive-compulsive neurosis, the reasons for which we are considering, develops on the background of the fact that they diligently avoid the realities of life, requiring the adoption of strong-willed decision or serious actions, since such things simply can not bear them. As a result, people with the named character warehouse gradually "withdraw into themselves," obsessing on their own experiences and feelings, which eventually supplant all other interests and turn into painful obsessions. 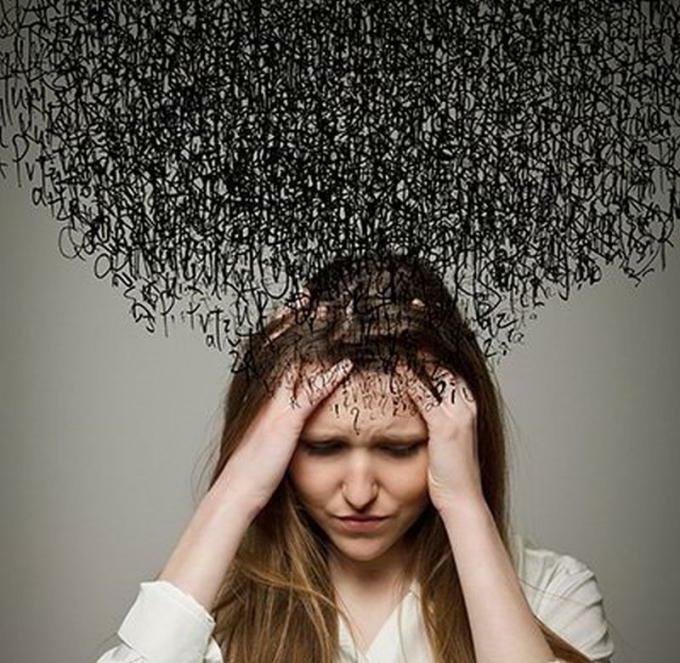 Neurosis: what is obsessions

Obsessive thoughts or ideas are, in a different way, obsessions. They, as already mentioned above, manifest themselves against the will of the patient and are not amenable to his attempts to get rid of a constant sense of anxiety or absurd, but ineradicable thoughts. It can be, for example, reflections on why the seen bird is gray, or where exactly the counter passer-by went.

The patient, as a rule, realizes their uselessness and senselessness, but nothing can be done about it. Such thoughts do not leave him even for a minute - in fact, this expresses the neurosis of obsessive states. Symptoms, treatment of this ailment has long been a subject of study of specialists in the field of medicine. Later we will discuss what the doctors came to.

Degrees of manifestation of obsessions

In medicine, it is customary to distinguish the degrees of obsessions by brightness and clarity. That is, a person with relatively vague obsessions can constantly feel the causeless tension, anxiety or confusion that generates in him the common belief that there is nothing good in life.

And more vivid obsessions lead to the fact that the neurosis of compulsive states( what it is, hopefully, you become clearer) outgrows, for example, into the belief that higher forces are determined to harm not only the bearer of these thoughts, but also his relatives.

Some patients may experience even sexual obsession, imagining sexual relations or only caressing with strangers, and sometimes close people( relatives), children or even animals. This can cause the patient to fear and doubt their own "normality", sexual orientation, self-criticism and even self-hatred. Signs of the appearance of the neurosis

So, we have almost figured out what neurosis is. And its symptoms, and methods of therapy, of course, are of interest to modern people, which, however, is not surprising, because the current rhythm of life provokes the appearance of many, including neurological ailments and pathologies. How to know, maybe some manifestations of the disease already have place to be, and they need to be combated. And is there any way to avoid such a state? First, we should pay attention to the fact that such patients are always well aware of the artificiality and unreality of their ideas, but at the same time they have an acute need to act in this way, and not otherwise.

The clinical picture of the disease is usually limited to the presence of compulsive symptoms, while the amount of consciousness and the degree of critical attitude of the patient remain normal. To the named signs of a neurosis the impossibility to concentrate, fast fatigue, the raised irritability and disturbances of a dream is usually joined.

The above symptoms appear with varying intensity, but in the mood of the patient, nevertheless, there is a clear shade of hopelessness and an acute sense of inferiority.

Specialists consider 3 types of the course of the disease:

Neurosis: what is compulsions

Obsessive thoughts, doubts and memories are, by the way, rather rare symptoms, as well as obsessive movements or actions.

The most common type of such actions are rituals, called compulsions. It is with their help that the patient tries to ease his condition and avoid that frightening event, the thought of which causes endless experiences.

So, a person, in order to free himself from the constant fear of getting infected with any infection, comes up with a ritual in the form of washing hands with a certain amount of soaping. At the same time he thinks loudly, but after getting lost, he starts all over again. Or, to get rid of obsessive thoughts about the unlocked front door, before leaving home the number of times pulls the door handle. 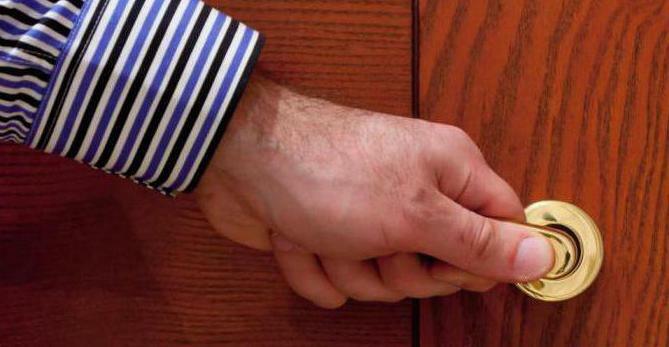 By the way, often such rituals are also absurd in nature, manifested in the form of hair pulling, nail biting, unfolding of objects in strict order, etc.

Why rituals become a trap for a patient with neurosis

Obsessive actions are designed to instil confidence in the patientwith this task, they, as a rule, do not cope. After all, if you remember what neurosis and its symptoms are, it becomes clear that compulsions giving a false sense of control over what is happening can not get rid of obsession( obsessive thoughts).

Instead, they entice the patient into a kind of trap. Trying to get relief, a person complicates the ritual, and as doubts remain, he adds more and more details to him, gradually turning his life and the lives of others into the semblance of an absurd theater.

As neurosis in children is manifested

Almost a third of patients claim that the pathology we are considering has appeared at an early age.

By the way, the neurosis of compulsive states in children is reversible. It does not distort the perception of the world, and parents often do not pay attention to these deviations, believing that with age everything will pass by itself.

As a rule, in small patients the disease manifests itself in the form of obsessive movements. This can be a wrinkling of the forehead, a tick, a twitching of the shoulders, snorting, sniffing, coughing, etc. To the listed symptoms, there is often a feeling of fear, for example, in front of a closed or empty room. Children are afraid of getting dirty, pricking, bumping, etc. How do children develop obsessive-compulsive disorder

The obsessive-compulsive disorder in children and adolescents can provoke the characteristics of upbringing in the family. If, for example, for the same actions a child can both punish and encourage( all depends on the mood of the parents), then he simply can not develop a certain stereotype of behavior. And unpredictability often becomes a stimulus for a constant sense of anxiety and uncertainty about the correctness of their actions, demanding an exit.

An attempt to foresee the reaction of parents often causes the child to invent rituals and look for his own way of protecting.

The same problem can occur in families where parents are divorced or who are seriously ill. This often leads to the fact that the house is becoming oppressive. The child, as a rule, is not told about what is happening, but he feels something wrong, and this worries him, frightens him and eventually forces him to seek salvation in compulsions. 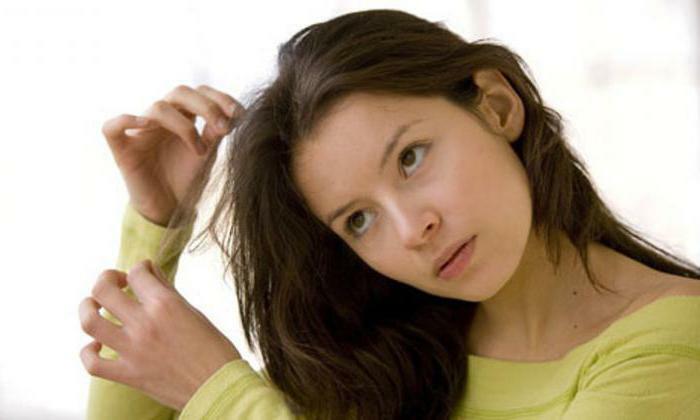 Features of treatment of neuroses in children and adolescents

There are certain difficulties in treating children with a diagnosis of "neurosis".That such a condition requires practically the same treatment for both children and adults is understandable, but the age of the child often creates additional problems.

Babies for the most part are not able to identify and formulate their fears. They can not explain what makes them perform some rituals. In many cases, they refuse to admit that their fears are too exaggerated and irrational. Moreover, they believe that all their troubling thoughts will come to life if they are told about someone.

And teenagers are even ashamed even of the idea to share experiences with the therapist, and all because of the fear of recognizing themselves as inferior and being the object of ridicule of peers. Therefore, competence and ability to work with children are the main criteria when choosing a doctor.

Getting rid of neurosis with the help of exposure therapy

The first question that arises in patients with the diagnosis of "obsessive-compulsive disorder": how to get rid? Reviews of relatives, and the patients themselves tell about different ways of fighting this disease. Quite often people praise the method of exposition psychotherapy.

It implies the possibility of reducing the patient's fears in the event of frequent and( notice!) Correct immersion in a painful situation. For example, if a patient is terrified of being infected, they are offered to hold onto the handrails of the common staircase, and then do not wash their hands. And to get rid of worrying doubts about whether the door is locked, leave the house without checking it.

It is very difficult to do such deeds. But they allow patients to understand and make sure that the terrible consequences they are anxiously waiting for do not come: the deadly disease from germs does not dump right there and the door and without repeated verification remains locked. Anxiety, which at first somewhat increases, eventually is overcome and passes, but this method requires mandatory control of a specialist, as, indeed, the classical treatment of neurosis. 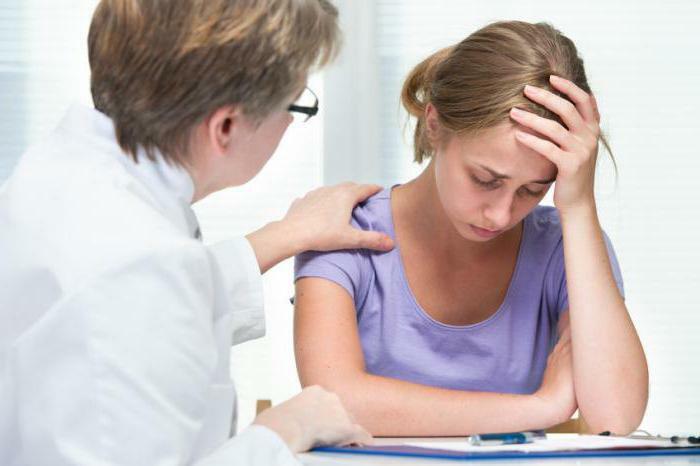 These neuroses are diseases that require a complex treatment in most cases.

To effectively cure an ailment, specialists often use a combination of medications with cognitive-behavioral psychotherapy. This allows, reducing anxiety with the help of drugs, maximize the impact of psychotherapy. This is especially true for patients who use the exposure method causes too high levels of anxiety.

By the way, it should be remembered that there are no specific drugs from the neurosis of obsessive states. And the use of sedatives alone can lead to the occurrence of side effects and the return of anxiety immediately after the cessation of such treatment.

In the complex therapy, specialists prefer tranquilizers having a strong general effect: Napoton, Elenium, Relanium, Seduxen or Siabazon, etc. Since neurosis, unlike neurasthenia, involves the reception of highdoses of drugs, they are preferred to be administered intravenously.

But the tablets( Frontin, Alprazolam, Zoldak, Neurol, etc.) have proved to be quite effective.