With the development of the inflammatory process in the ear, it is almost always necessary to use antibacterial agents to eliminate the causative agent of pathology. One of the most effective drugs are ear drops with antibiotics, which allow to fight the disease at home. It is necessary to understand what kinds of these medicines exist and how to make the right choice.

When do I need ear drops with antibiotics?

Preparations containing antibacterial substances, resist the development of inflammatory processes of infectious etiology. Therefore, they are most often used to treat such a disease as otitis media of the middle and outer ear. The disease can cause a lot of unpleasant sensations, and in the absence of adequate therapy - serious complications. 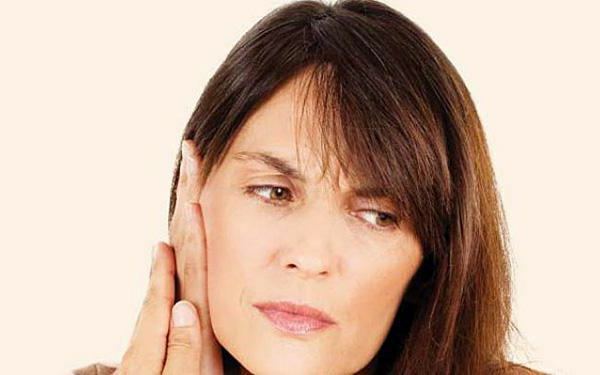 It should be taken into account that ear drops with antibiotic in the composition can cope only with bacteria and are absolutely ineffective in viruses and fungi. Determine the cause, which caused inflammation, and pick up the appropriate medicine can only the doctor-otolaryngologist. In some situations, treatment without bactericidal agents is possible, but only a specialist should take this decision.

How to identify otitis media?

Otitis is a common disease in both adults and children. Children under three years of age suffer from an ailment much more often, because the Eustachian tube is much shorter, which simplifies the penetration of infection from the nasopharynx. Depending on which department was affected, distinguish between external, middle and inner type of otitis.

A characteristic symptom is the pain that the patient will experience when pressing on the auricle and the tragus( the cartilage located at the entrance to the ear aperture).In severe cases pus from the ear begins to appear, a swelling appears, and hearing decreases. The average otitis differs by shooting pain and the appearance of itching in the ear canal. Often the body temperature rises, there is a strong headache, weakness. 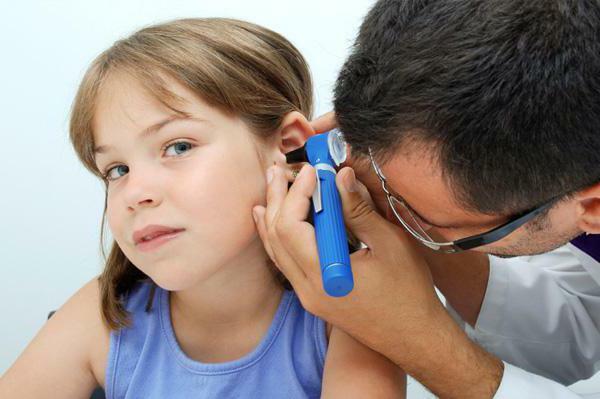 The most difficult is labyrinthitis - internal otitis media. The following symptoms are typical for him:

If these symptoms occur, you should immediately contact the otolaryngologist and do not perform any medical manipulations yourself, for example, burying boric alcohol in your ears.

Treatment of otitis with drops with antibiotic

If the child has an otitis of bacterial origin, ear drops with an antibiotic are the main treatment. Parents who doubt the need for this type of medication should realize that otherwise the baby faces serious complications, including hearing loss. Drops will help to get rid of pathogenic microorganisms.

Regardless of the age of the patient, ear drops containing an antibacterial component should be prescribed by the doctor after the examination. When choosing, the nature of the course of the disease and the particular application of the medicine are taken into account. Adult patients sometimes require an additional intake of antibiotics in the form of tablets. In a complex such therapy will give a positive result and eliminate the cause and symptoms of otitis.

In the pharmaceutical market, ear drops are classified into groups: 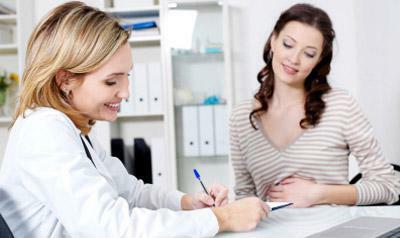 To treat otitis, the most reliable remedy are ear drops with an antibiotic. The price of drugs of this category ranges from 200 to 350 rubles. Cost is one of the criteria of choice, but do not forget that even the most expensive medicine can be absolutely ineffective if the appointment was not made by a specialist.

The combination contains several antibacterial components - neomycin sulfate and polymyxin B. The drug is considered one of the most effective in its group. It is prescribed for inflammation in the external and middle ear( including purulent complications), and also as a prophylaxis after surgery. Ear drops with the antibiotic "Anauran" have an analgesic effect due to the lidocaine included in the composition. 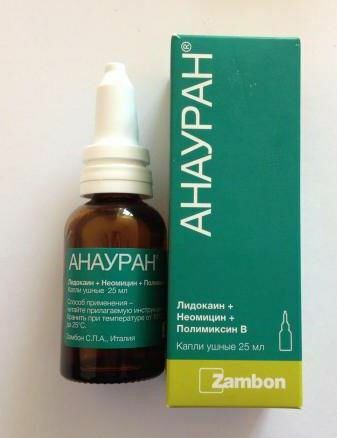 Drug instruction indicates that drops are rarely prescribed for the treatment of otitis in infants. Apply "Anauran" only in case of emergency and under the constant supervision of a doctor. As evidenced by the opinions of specialists, a strong antibiotic is well tolerated by children over 1 year old and adults. The cost of drops is 280-300 rubles.

Means for treatment of otitis local action "Otofa"( drops) contains antimicrobial component rifamycin. The French drug affects gram-positive and gram-negative bacteria. Minimal absorption of the drug allows it to be used for patients of any age category, pregnant and lactating women. Drops are often prescribed in the absence of bacterial sensitivity to antibiotics from the group of penicillins and cephalosporins. 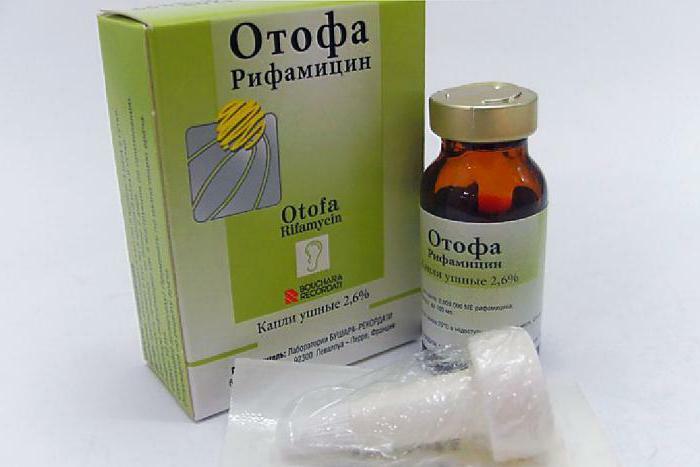 Reviews of the drug from patients and doctors are exceptionally positive. The tool allows you to get rid of shooting pain in otitis and restores hearing on the second day of use. Like any antibacterial drug, Otofa drops have some side effects in the form of itching, minor redness and peeling of the ear aperture. The only contraindication to the use of the drug is the individual intolerance of the ingredients.

The development of otitis in infancy is not uncommon. Therefore, each parent needs to know that the most suitable means for the youngest is Otypax. It is a combined preparation consisting of an anti-inflammatory component of phenazone and an anesthetic - lidocaine. In cases of severe pain syndrome accompanying external and middle otitis, these ear drops are prescribed. With the antibiotic "Otipaks" has nothing to do, which allows you to use the medicine for newborn babies, during lactation and pregnancy. 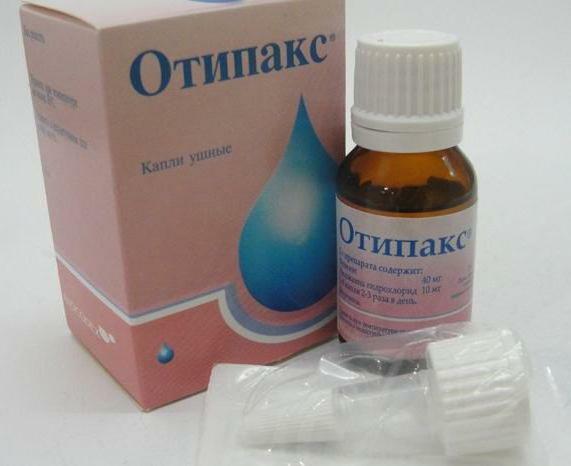 Drops, according to feedback, are well tolerated by patients, and only rarely cause an allergic reaction. The burning sensation and itching, which sometimes occur during the initial application, pass in a few minutes and do not serve as a reason for the withdrawal of the medicine. The price of "Otypaks" drops is 180-230 rubles.

Average otitis can lead to perforation of the tympanic membrane, which makes it impossible to use some bactericidal drugs. Therapy in this case should be aimed not only at eliminating pathogenic microorganisms, but also contributing to the healing of the damaged membrane. Ear drops with antibiotic "Tsipromed" represent a group of fluoroquinols and can be used for severe otitis media with perforation. The active ingredient is ciprofloxacin. Use it during pregnancy, lactation and children under 1 year is prohibited. 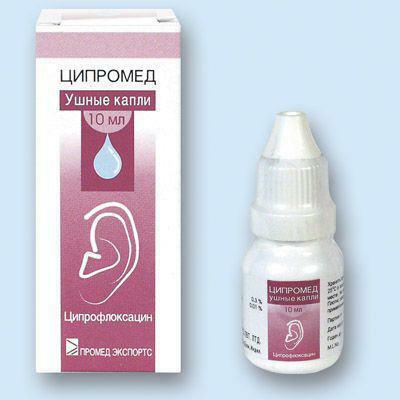 "Sofraks" - effective ear drops with antibiotic, which refer to combined products. The preparation contains two antimicrobial substances - Framicetin and gramicidin. The glucocorticosterone component of dexamethasone provides an anti-inflammatory effect and relieves allergy symptoms. This strong antibacterial drug can not be used in the perforation of the tympanic membrane. Effective bactericidal substances have a negative effect on the auditory nerve and can lead to complete hearing loss.