What is a nerve impulse? Definition

No one will argue that the greatest achievement of nature is the human brain. Nervous impulses running along nerve fibers are the quintessence of our essence. The work of the heart, stomach, muscles and the spiritual world - all this is in the hands of a nervous impulse. What is a nerve impulse, how it arises and where it disappears, we will consider in this article. 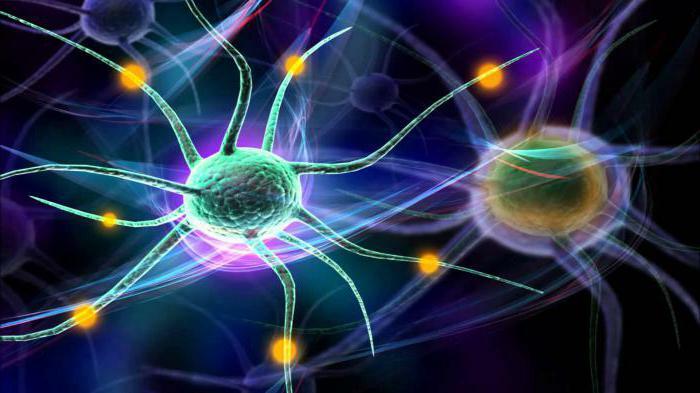 Neuron as a structural unit of the

The evolution of the nervous system of vertebrates and humans has evolved along the path of the emergence of a complex information network, the processes in which are based on reactions of a chemical nature. The most important component of this system is specialized cells of neurons. They consist of a body with a nucleus and important organelles. From the neuron depart the processes of two species - several short and branched dendrites and one long axon. Dendrites are receivers of signals from sensory receptors or other neurons, and the axon transmits signals in the neural network. To understand the transmission of nerve impulses, it is important to know about the myelin sheath around the axon. These are specific cells, they form the shell of an axon, but not a continuous one, but with interruptions( Ranvier waistlines). 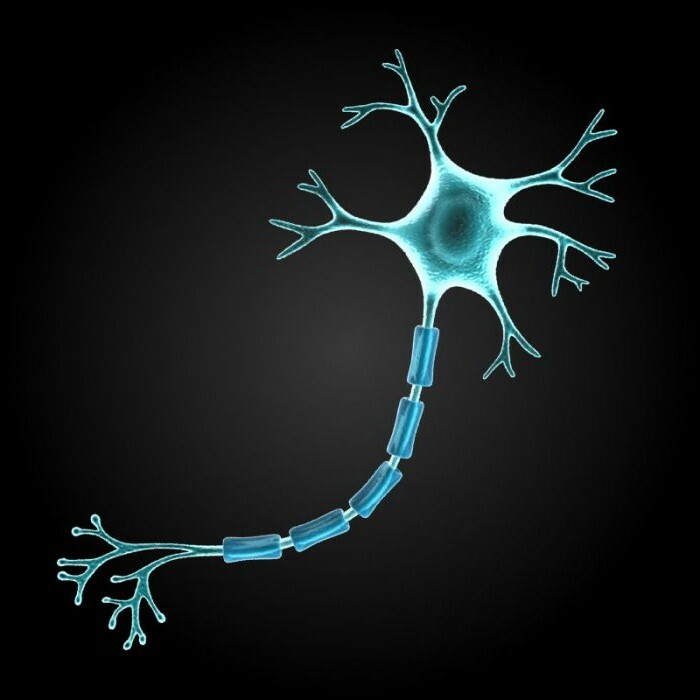 All living cells, and neurons in particular, have an electrical polarity that results from the operation of potassium-sodium membrane pumps. Its internal surface has a negative charge with respect to the external. An electrochemical gradient equal to zero appears, and a dynamic equilibrium is established. The rest potential( potential difference inside and outside the membrane) is 70 mV.

How the nerve impulse of

arises When the stimulus is applied to the nerve fiber, the membrane potential in this place is sharply disturbed. At the onset of the onset of excitation, the permeability of the membrane for potassium ions increases, and they tend to the cell. For 0.001 seconds, the inner surface of the neuron membrane is positively charged. That's what a nerve impulse is - a short-term recharge of a neuron or an action potential of 50-170 mV.There is a so-called wave of the action potential that propagates along the axon, like a flow of potassium ions. The wave depolarizes the axon sections, and the action potential moves with it. 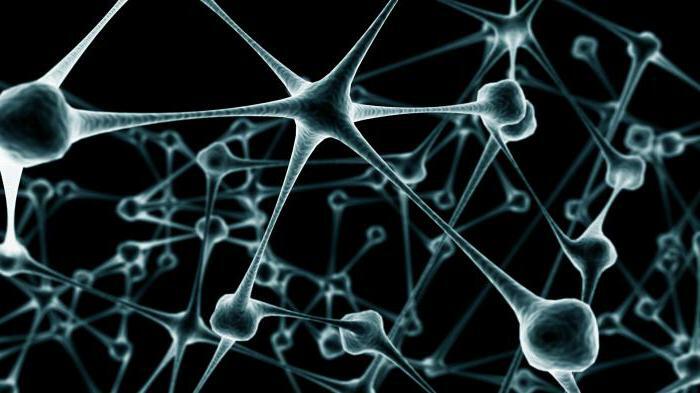 Transmission in the axon - another neuron

After reaching the end of the axon, it becomes necessary to transmit a nerve impulse to one or more axons. And here we need a different mechanism, different from the wave of action potential. The end of the axon is the synapse, the place of contact with the synaptic cleft and the presynaptic axon pouches. The action potential in this case activates the release of neurotransmitters from the presynaptic sacs into the synaptic cleft. The neurotransmitters interact with the membrane of the underlying neurons, causing them to disturb the ionic equilibrium. And the story of the sodium-potassium pump is repeated in another neuron. After completing their function, the neurotransmitters either diffuse or are captured back into the presynaptic sacs. In this situation, the question of what a nerve impulse is, the answer is this: the transfer of excitation through chemical agents( neurotransmitters). 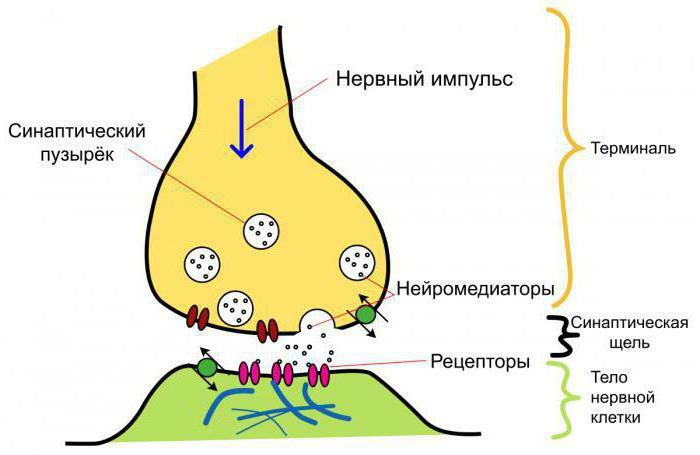 In the waist of myelin sheaths, which wrap the axon like a sleeve, the ion current easily flows into and out of the medium. At the same time, the membrane is irritated and an action potential is formed. Thus, the nerve impulse moves along the axon by leaps, causing the formation of the action potential only in Ranvier intercepts. It is this jumplike flow of the action potential that repeatedly increases the speed of the nerve impulse. For example, in thick myelinated fibers, the pulse speed reaches values ​​of 70-120 m / sec, while in fine nerve fibers without a myelin sheath the pulse speed is less than 2 m / sec.

In semiliquid colloidal protoplasm the galvanic current is transferred by atoms having an electric charge( ions).But the galvanic current can not spread over quite long distances, and the nerve impulse can. Why? The answer is simple. When the wave of the action potential passes through the axon, it forms a galvanic cell inside the neuron. In the nerve, as in any galvanic cell, there is a positive pole( the outer side of the membrane) and a negative pole( the inner side of the membrane).Any external influence disturbs the balance of these poles, the permeability of a particular area of ​​the membrane changes, and a change in permeability is initiated at a neighboring site. Everything, the impulse went further along the length of the axon. And the initial part, from which the excitement began, has already restored its integrity, found its zero gradient and is ready to again launch the action potential in the neuron.

Neuron is not just a conductor of

Neurons are living cells, and their protoplasm is even more complex than in cells of other tissues. In addition to the physical processes associated with the initiation and carrying out of the nerve impulse, complex metabolic processes take place in the neuron. It has been experimentally established that when a neural impulse passes through the neuron, the temperature in it increases( even per millionths of a degree).And this means only one thing: all the processes of exchange in it are accelerated and go more intensively. 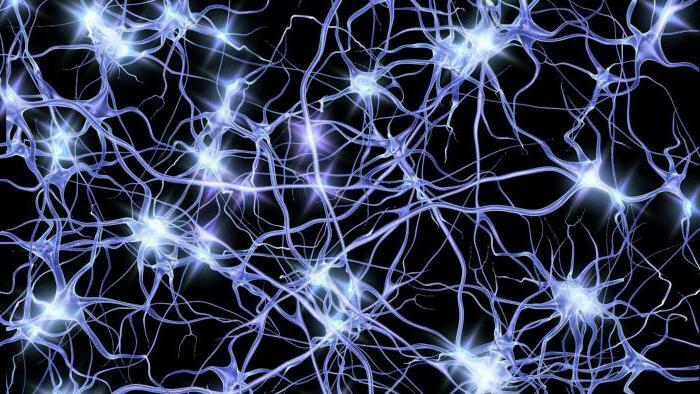 Nerve impulses of the same type

The main property of a neuron is its ability to produce a nerve impulse and quickly carry it out. Information on the quality and strength of stimulation is encoded in changes in the frequency of passage of nerve impulses to neurons and from them. This frequency varies from 1 to 200 per second. This frequency code assumes different periods of pulses, combining them into groups with different numbers and movements. It is this that records the encephalogram - a complex spatial and temporal sum of brain nerve impulses, the rhythmic electrical activity of the brain.

What causes the neuron to "start", to initiate the emergence of an action potential - and today the question is open. For example, brain neurons take mediators sent out by thousands of their neighbors, and sends thousands of pulses to nerve fibers. In the neuron, there is a process of processing the impulses and making a decision - to initiate the action potential or not. The nerve impulse will fade or will be sent further. What is it that causes a neuron to make this choice and how does it make a decision? About this fundamental choice, we know almost nothing, although it is he who controls the activities of our brain. 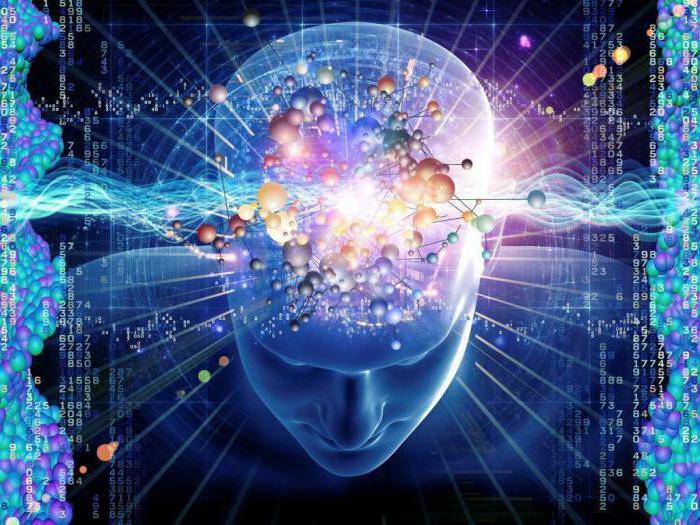 Here we have answered the question, what is a nerve impulse. You are very surprised, but all the nervous tissue in the human body weighs just over a kilogram. But at the same time, these are billions of neurons, closely connected in a single system. Mankind has learned so much about the work of neurons and the whole system, and at the same time, we know almost nothing. We learned the alphabet, but for the time being we can hardly even make simple words. Let's hope that in time science will be able to identify those patterns that will decipher the dialogue of our think tanks, which makes the biological object Homo Sapiens man.