Tablets "Normotsikl": instructions for use. Reviews about the drug

Many women, during the entire reproductive age, have to deal with cycle disorders. The cause of the failure can be very diverse. Some of the representatives of the weaker sex are inflammatory diseases, others have a hormonal failure. Only an expert can provide an accurate diagnosis and find the cause. One of the drugs prescribed in this case is "Normocycle".Instructions for its use will be described in the article. 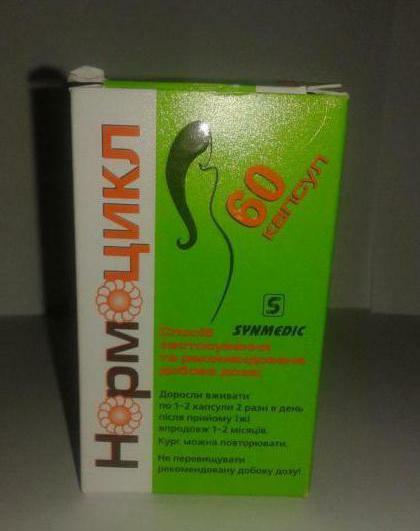 What does the medicine consist of?

Tablets "Normotsikl" - a medicament of plant origin. It refers to the means of alternative medicine. The drug includes licorice, asparagus, turmeric and simplokos. Capsules are sealed in a plastic container. The latter, in turn, is packed in a box. It shows the trade name of the drug - "Normotsikl".

The instruction for use is attached to each unit of the preparation. The cost of the medication is approximately 450 rubles for 60 capsules. At the same time, many consumers say that the price for a medicine "Normotsikl" is quite high. More precise cost should be asked in the pharmacy. 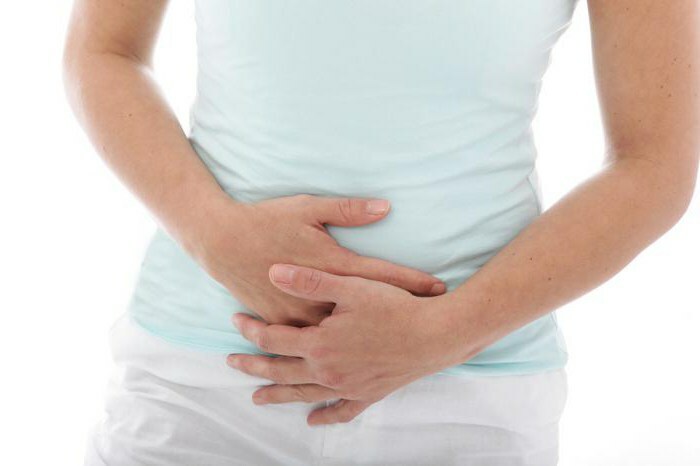 As you already know, the composition helps to cope with a variety of disorders of the menstrual cycle. Capsules regulate the balance of hormones in the female body. Also, the drug prevents such diseases as endometriosis, uterine myoma, benign ovarian tumors. In the indications for use, the following situations can be detected:

The drug may be recommended as a prophylaxis after the termination of pregnancy. It is especially often prescribed after medical abortion. After all, this situation always leads to hormonal failure and a long recovery.

Restrictions on use: to whom is the medicine contraindicated?

On the means of "Normotsikl" instruction says that capsules should not be prescribed to women who are hypersensitive to one of the components. The drug is contraindicated in pregnancy and during breastfeeding. The manufacturer says that you can not give the product to children.

With special care and only under the supervision of a doctor, the remedy is prescribed to persons with heart, liver and kidney disease. Some diseases of the digestive tract also require close monitoring of the patient's condition during therapy. If you for some reason do not fit the tool "Normotsikl" - the analogues are selected with the help of a doctor. Independent correction of treatment is prohibited. 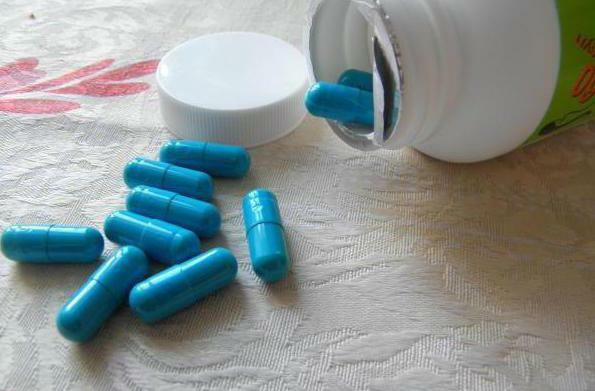 About capsules "Normcicle" the instruction says that the dosage is selected individually. At the same time, much attention is paid to the patient's condition. If the doctor did not give any recommendations, then it is worth keeping to the algorithm, which informs the abstract.

The manufacturer recommends 1-2 capsules twice a day. If you can not swallow the whole tablet, you need to open the gelatinous membrane and dissolve its contents in a small amount of liquid. You do not need to use the capsule itself. 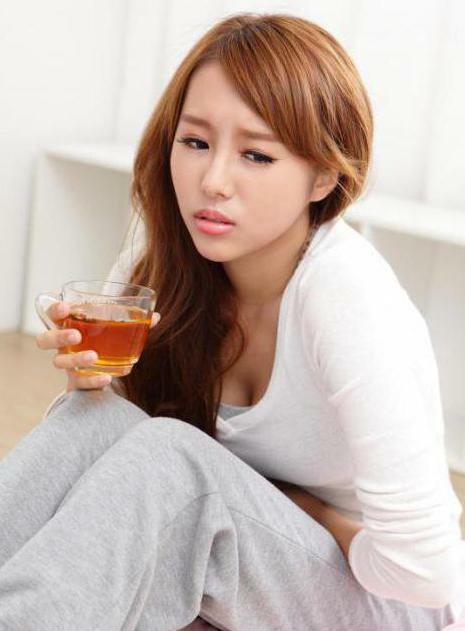 "Normotsikl": reviews about the drug

Consumers in their majority remain satisfied with the therapy.after treatment they have a cycle. Menstruation becomes regular and not so abundant. Many representatives of the weaker sex managed to conceive a child precisely because of the described drug. Positive feedback suggests that the "Normocycle" helps to ease the course of diseases such as endometriosis and uterine myoma. However, the tablets can not eliminate them completely. In combination with other drugs, treatment is quite effective.

Some women are skeptical about the described medicine. They say that the price for the medicine "Normotsikl" is unjustifiably overstated. Perhaps the medicine is really expensive. However, it has high efficiency. The remedy is rarely useless and in most cases still helps to eliminate unpleasant symptoms of hormonal imbalance.

There is a group of women who report adverse reactions. The manufacturer however specifies a minimum of the information in this occasion. About the product "Normotsikl" reviews say that it causes an allergic reaction. The described drug can provoke skin itching, hives. Sometimes the medicine causes a digestive disorder and abdominal pain. This raises the question of intolerance of the constituent components. That is why, before using, carefully study the composition of the drug. You learned about the drug, which is available in capsules and has the trade name "Normcicle".The drug is freely available. This means that it can be purchased without a doctor's appointment. Despite all the naturalness of the components and positive feedback, you should not self-medicate. Remember that incorrectly selected therapy can cause very unpleasant consequences.

If you have cancer, refrain from this drug. It can provoke an exacerbation of the pathology or growth of the tumor. Be sure to consult a doctor with an irregular cycle. After the research, the doctor will choose the right and qualified treatment for you. I wish you success!